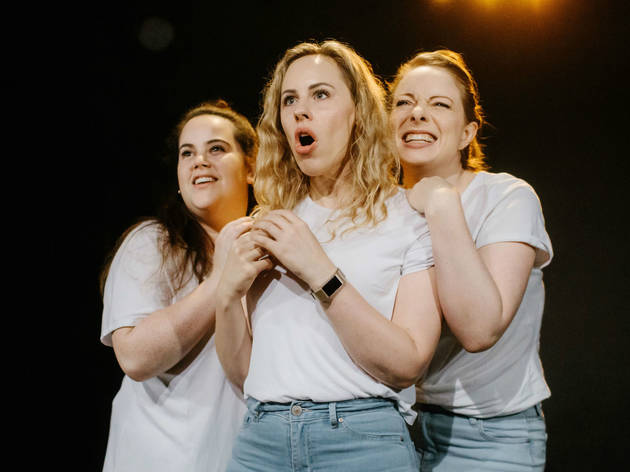 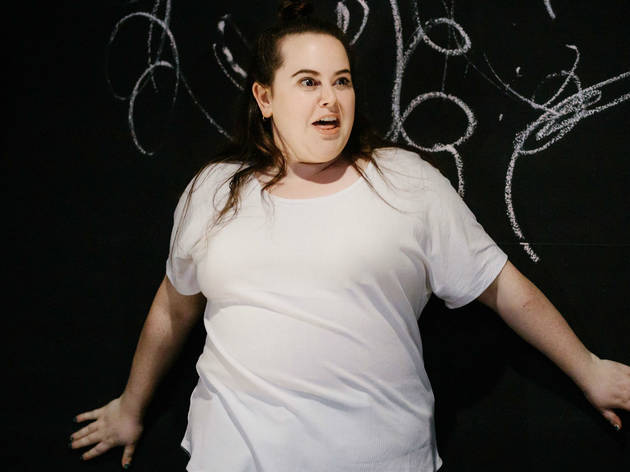 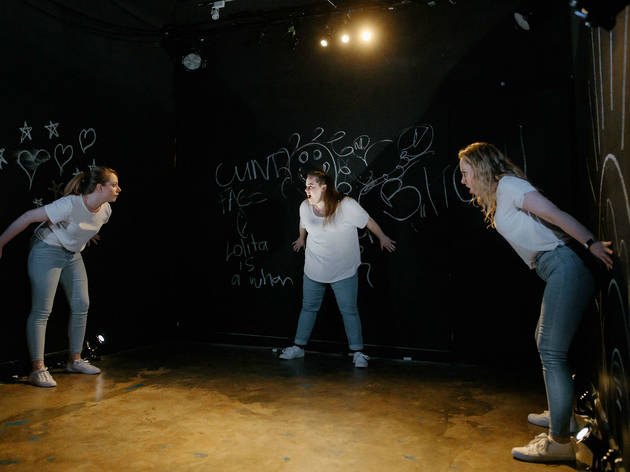 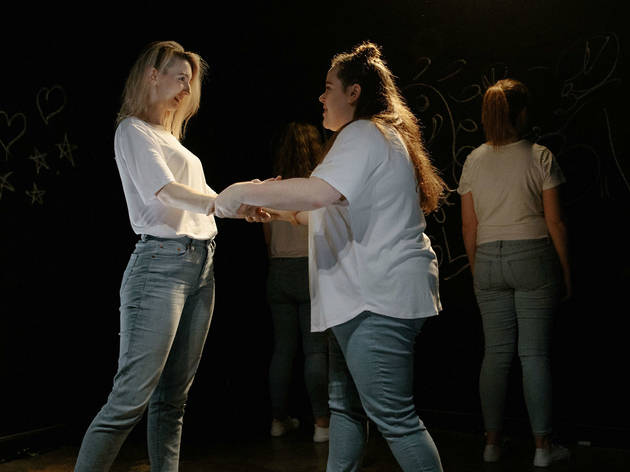 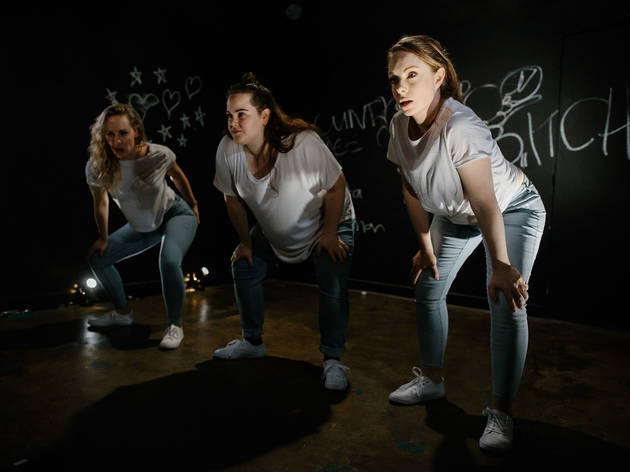 Even with its sex-positive reclaiming, “slut” is still an insult that’s hard to come back from. When Melbourne indie-icon Patricia Cornelius wrote Slut in 2007 for Platform Youth Theatre, the story was performed by young women. This new production is independently produced by Michaela Bedel and Jessica Tanner with a smaller and older cast of four (the producers, plus Laura Jane Turner and Lauren Mass). Being told by fully grown adults, this production is already different from the original 2007 version told by teenagers trying to be adults.

Slut is about Lolita. She speaks, but her story is told by an unnamed chorus of her teenage friends who have known her since they were babies and tell tales about getting lost together as toddlers, swimming in a muddy dam and hearing Lolita scream as a young adult.

Their somewhat jealous hero worshipping of nine-year-old Lolita's growing breasts shifts to ridicule and bullying as they get older. Lolita’s friends flee and regroup to stay safe and be liked. The things we do to be liked.

While the writing is full of humour and has moments of almost nostalgic joy, it’s hard to hope that Lolita will find happiness. And it’s hard to feel joy when it’s tempered with fury and regret.

The chorus speak as a group and as individuals in a poetic rhythm that Cornelius has developed further with her successive works (including Love, Do not go Gentle…, Savages and Shit). This style can feel distancing, but her poetry is formed from authentic language and is so easy to listen to that its confronting content cannot be ignored. The chorus song is juxtaposed by the more natural voice of Lolita, who is separate from the group and talks about riding her bike and wanting to be liked – again, the things we do to be liked.

Director Rachel Baring opens her program notes with: “It is hard when you are creating new feminist theatre, because part of you hopes that it won’t be relevant by the time it goes to stage." With the cast dressed in pale denim jeans, white T-shirts and set in a black box performance space that could be anywhere, Slut’s ongoing relevance creates a frustration and connection that demands action.

As an audience of adults, we know the personal conflict of wanting young women – all the world's Lolitas and their bullying friends – to change how they act, while also wanting them to be comfortable with their own sexual behaviour. But we know the consequences of being a “slut” and of calling someone a “slut”. We know the consequences before the characters do because their story confronts us with our own complicity.

It’s easy to be furious about sexualising children, about violence against women, and about taking power away from young women (while also blaming them for trying to have power at all), but Baring and the remarkable cast find hope in the heartbreak and pain. By moving through their anger, the characters bring honesty and hope to the stage; in doing so, they help us find our own hope.

Hope is the raging heart of Slut.  It’s impossible to judge Lolita because we are still part of the problem – theatre like this reminds us that we have to be the solution.