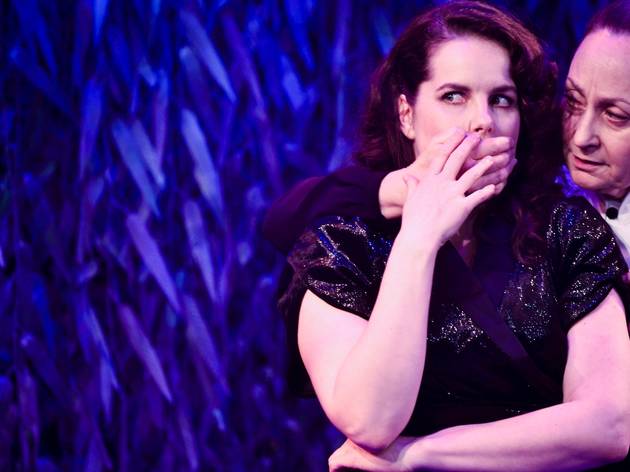 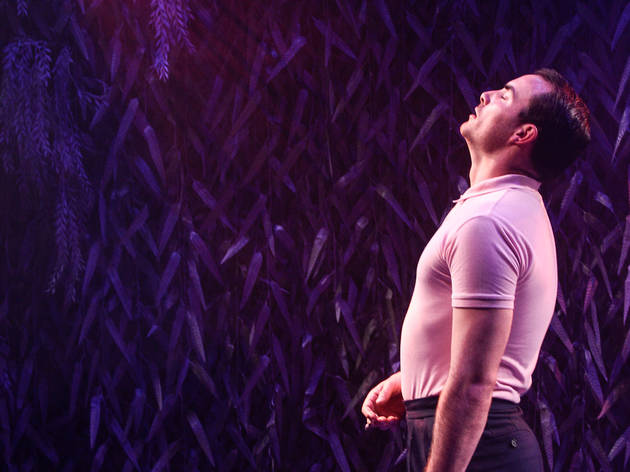 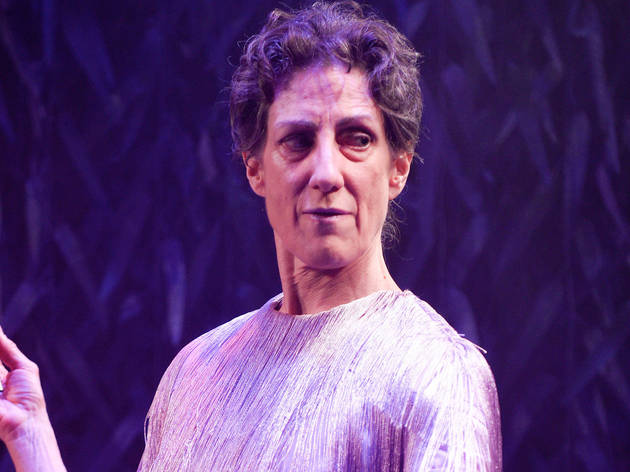 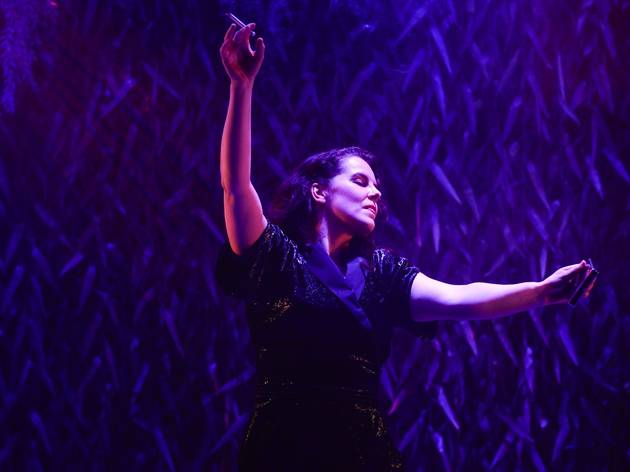 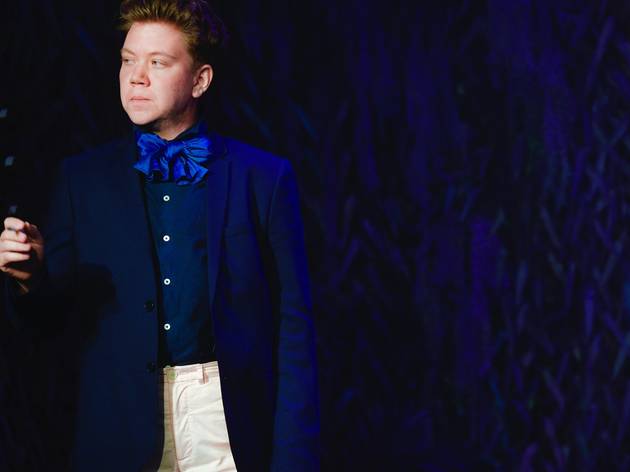 Some of us have been waiting a while for visionary director and founder of Little Ones Theatre Stephen Nicolazzo to tackle a playwright worthy of his unique talents, and there seemed none more apt than Tennessee Williams, the master of an emotional lyricism that can push so easily into fevered psychological nightmare. There may be some fans of Nicolazzo’s previous productions who’ll miss the batty iconoclasm of Psycho Beach Party or the camp fetishism of his silent film homage Dracula, but anyone who’s been paying attention will see this production of Suddenly Last Summer as the fulfilment of a promise of sorts. This director has been eyeing the queer canon from the beginning, stalking its edges in a way, and he’s now determined to leave his imprint on its internal organs.

Suddenly is one of Williams’ most personal plays, in a career heaving with the autobiographical. He was seeing a psychoanalyst at the time of its inception, where he learned that everything that has been suppressed will rise up to wreak havoc; issues around his mother and her sudden decision to have his sister lobotomised came painfully to the fore. His guilt over his own inaction – on the day his sister was violated, he wrote in his diary only about some guy he’d picked up who’d behaved poorly, his “trade turned dirt” – was parlayed into a delicate fantasy in his “memory play” The Glass Menagerie, but in Suddenly it becomes an instrument so fine it can bore into the foggiest spaces.

The plot is a ludicrous melodrama only if you’re stupid enough to read it literally. Sebastian Venable is dead, but his mother Violet (Jennifer Vuletic) is pathologically reluctant to unearth the details of his demise – at least the ones espoused by his cousin Catherine (Kate Cole), who alone witnessed his death. Catherine’s version of events is so unspeakable, Violet has managed to silence her by keeping her locked up in an asylum. But a doctor (Charles Purcell), with a new and potentially devastating approach to mental health, has come along, and Violet thinks it might be worth corralling him into a treatment that might silence the girl for good.

Williams’ play is, even for him, positively fecund with metaphor and symbolism, from the hothouse setting of Sebastian’s garden, with its venus flytraps and drooping spiderwebs, to the febrile travel anecdotes of vultures and baby turtles. This is a play that feeds on its symbolism until it is engorged with it, and Nicolazzo understands precisely how to pitch it. The set, by long-time collaborator Eugyeene Teh, is a monstrous mass of vines and foliage obscured by a dense tropical mist – the audience peers at the actors as if through a fog. The playing style is rich and mannered, bordering on fruity, but the director is a master of this arch tone and always knows when to rein it in. As the play moves inexorably towards the hysterical recounting of Sebastian’s hideous death, the acting style quietens into something almost subdued. It creates a hush around the climax, which throws the horror into brilliant relief.

As the murderous and wizened old matriarch, Vuletic is thoroughly reptilian, her cold dark eyes cruelly piercing her family’s weaknesses even as she glides majestically around the small stage. She relishes the long rounded cadences in the dialogue, milking Williams’ rhythms for their seductive menace. Purcell is also seductive, even outright sexual, as the hunky doctor, while Caroline Lee makes a sympathetic if draconian nurse as Sister Felicity. Zoe Boesen and Harvey Zielinski are a riot as the kind of avaricious in-laws that Williams loved to skewer, but ultimately the play belongs to Kate Cole as the imperilled sooth-sayer, Catherine. She’s magnificent; impossibly vulnerable under the intense gaze of the rest of the cast, she also seems to shine brighter the closer she gets to expressing her truth. When the story finally comes, she has the audience transfixed, and it’s impossible to look away.

Certain aspects of Suddenly Last Summer seem unpalatable to contemporary sensibilities – notably the racist images of black children as flocks of carnivorous birds, and the “momma’s boy” tropes around homosexuality – but again, this is only true if you read the play literally. Catherine says early on, “I think I’m just dreaming this, it doesn’t seem real”, which can be interpreted as Williams’ reminder to us that truth and memory are contested spaces, that so often a dream can be real and reality a dream. His symbolism can seem heavy-handed but it’s actually complex and ambiguous. Is Sebastian a martyr like his sainted namesake, a pedophile, or the image of the poet burning on the sacrificial flame? Nicolazzo wisely leaves these and other questions unanswered, in what proves a stunning, thorny jewel in the queer canon.