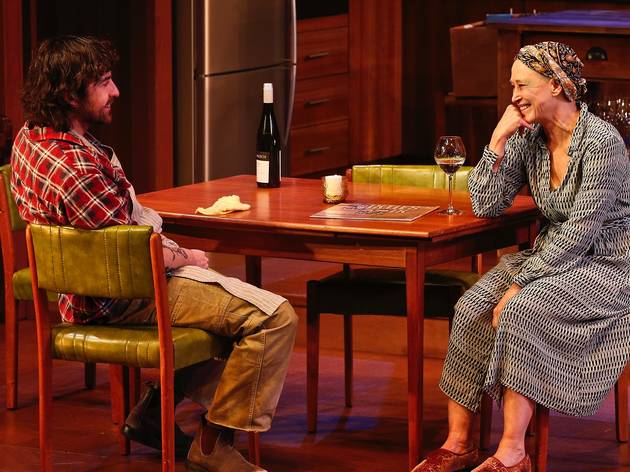 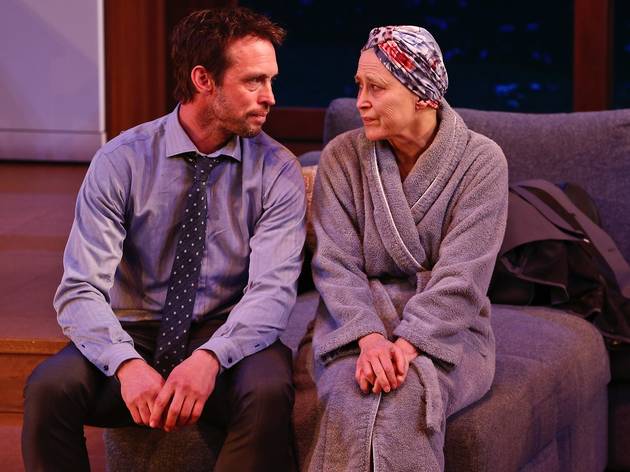 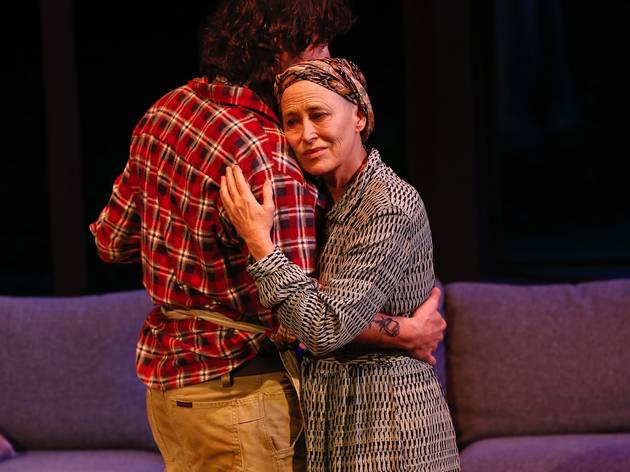 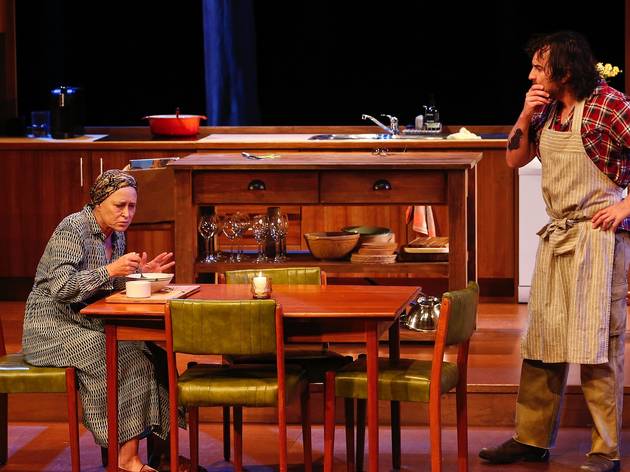 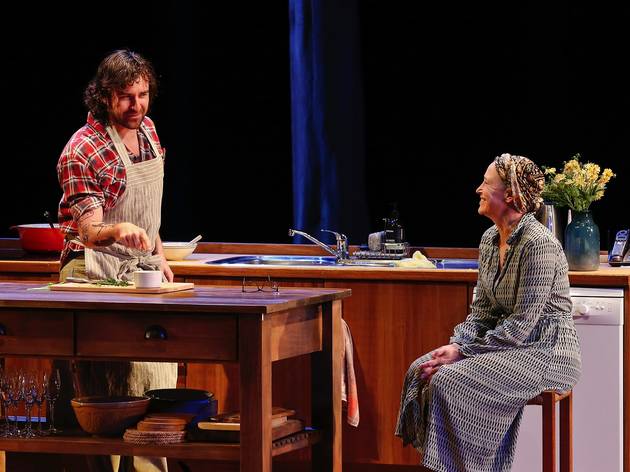 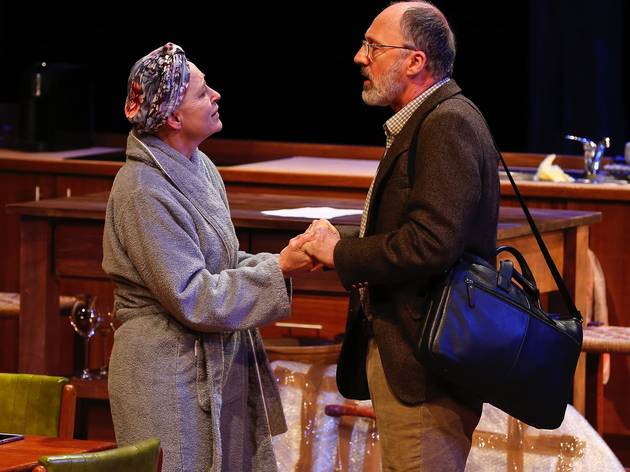 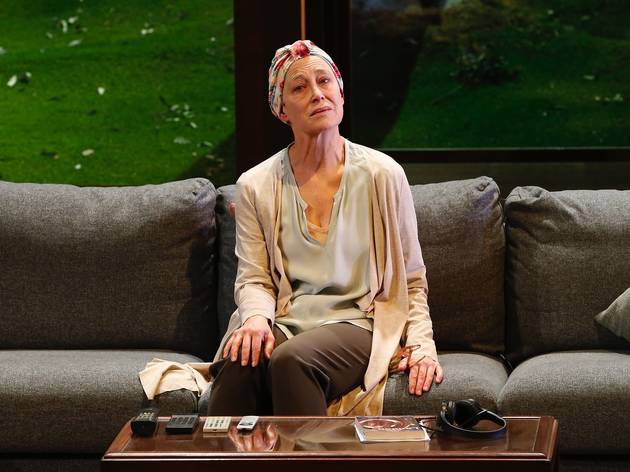 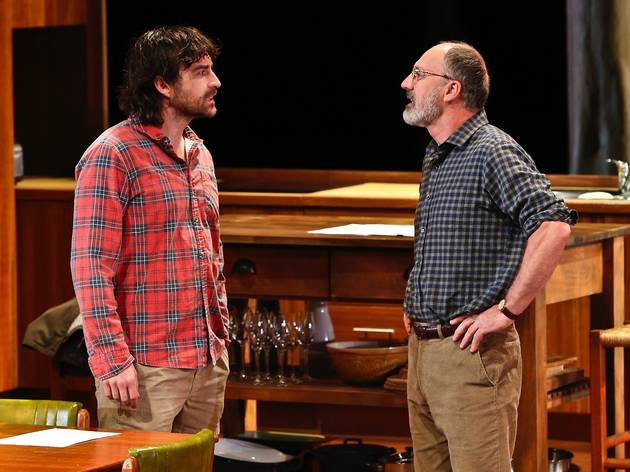 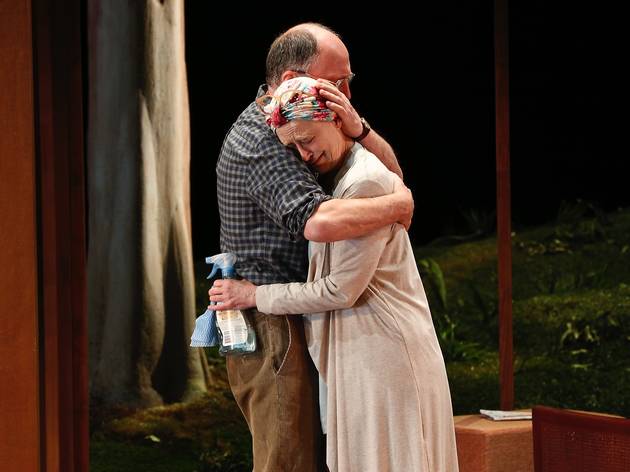 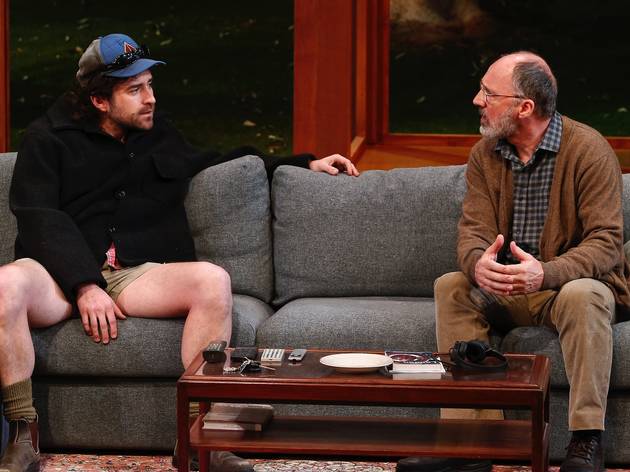 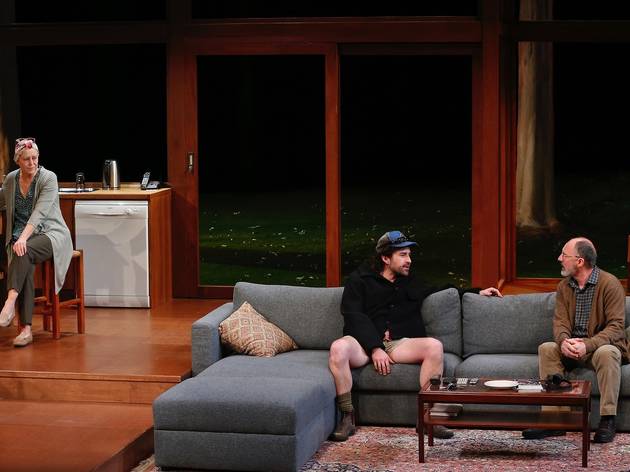 The issue play – a work that locates a particular socio-political subject at the centre of its dramatic frame – has a far more illustrious history than you’d think: much of Ibsen’s work can be categorised as issue plays, and Miller made it a signature of his genius. Done simplistically (Clifford Odets and his clunky didacticism is virtually unplayable now), issue plays sink like stones in history, but some truly monumental playwriting can come from the impulse to dramatise the current preoccupations of a society. Local playwright Aidan Fennessy has chosen to highlight the issue of assisted dying in his new play The Architect, and the result is electric.

Helen (Linda Cropper) is dying of a brain tumour, and her partner John (Nicholas Bell) refuses to leave on an overseas trip without the right carer to look after her while he’s away. Lennie (Johnny Carr) is chosen, even though neither of them think he’s right for the job. He’ll prove right in all the ways that matter, and wrong only in the ones that don’t; at least until Helen’s neglectful son Jeremy (Stephen Phillips) returns and threatens to expose his half-truths and outright lies.

Fennessy’s work is often concerned with class and its impact on personal relationships, and The Architect is no exception. Helen’s home is all warm panelled wood and kind lighting, and while there’s not a spoken snobbery, the idea of letting a “tradie” in to look after her initially seems too much for all involved. While Lennie is technically “not a drifter, he’s just homeless”, he never truly belongs. Until he does, profoundly and irrevocably. This might be a fantasy that ultimately flatters the middle classes, but the emotional effect is powerfully persuasive.

Much of the play – in fact, the true heart and soul of the piece – is made up of the burgeoning relationship between Helen and Lennie. She calls him Jim for a chunk of the first act because she associates him with Jim's Mowing. But slowly an abiding connection emerges, and it’s undeniably moving. Cropper and Carr are quite magnificent; their relationship is so finely built, so emotionally layered, that the subsequent questioning of it by the other characters feels like an assault. The relationship between John and Helen is less interesting, and the establishment of this couple’s gentle rhythms means that the first act tends to tread water dramatically. But once Jeremy returns, and the questions around Helen’s dwindling choices heat up, the play becomes quietly gripping and ultimately hugely satisfying.

Director Peter Houghton shows us a masterclass in pacing and tone; in a play that could easily fall into longueurs, he manages to keep things admirably taut. The higher the dramatic stakes rise, the more disciplined his cast becomes, and a long final scene – ritualistic and delicate – is beautifully hushed and compelling. Christina Smith’s set is elegant and moody, with its understated but luxurious decor and impressive garden fading to deepest black. Matt Scott’s lighting is wonderfully responsive, with its deep shadows crossing the playing space during transitions.

All four cast members are superb. Bell makes the stolid but dependable John thoroughly convincing, and Phillips makes a massive impact in a role that initially seems one note but blossoms into something touching and complex. Cropper is towering as the dignified and stoic Helen, clarion in her motivation but achingly vulnerable in the face of a crushing inevitability. But it’s Carr who truly shines; his Lennie is so forthcoming and emotionally present that his secrets come to seem like precious jewels, and the moment they are wrested from him is so heartbreaking it’s almost violent. It’s a completely endearing role, and Carr’s performance is so generous it feels like a moral position.

Fennessy has a long association with this company, and it is fitting that this, his finest play yet, is given such a sumptuous and thoughtful rendering. On opening night, just as the lights on stage were fading on a poignant tableau, an audience member yelled out that euthanasia needed our support, as if the two-hours traffic on stage hadn’t been eloquent enough. Such cheap didacticism from the stalls might have suited a playwright like Odets, but Fennessy never stoops so low. This is an issue play that utterly transcends its issue, as all the best of them do, and audiences should flock to it.