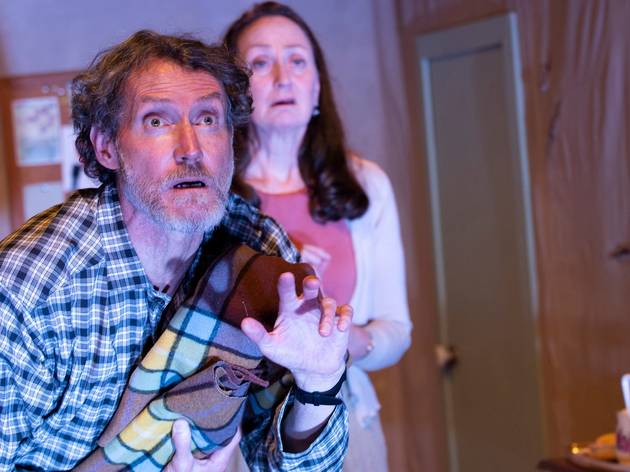 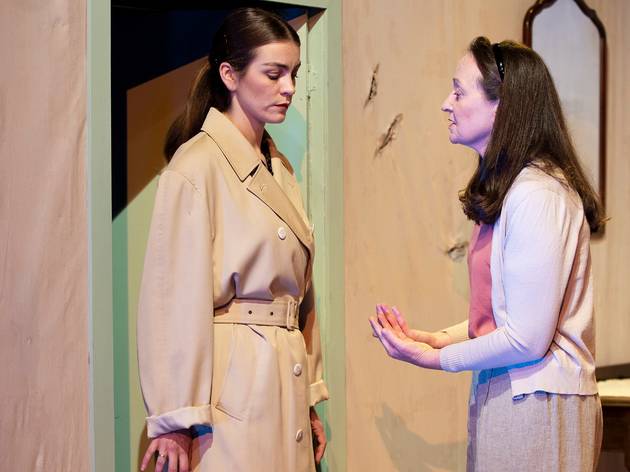 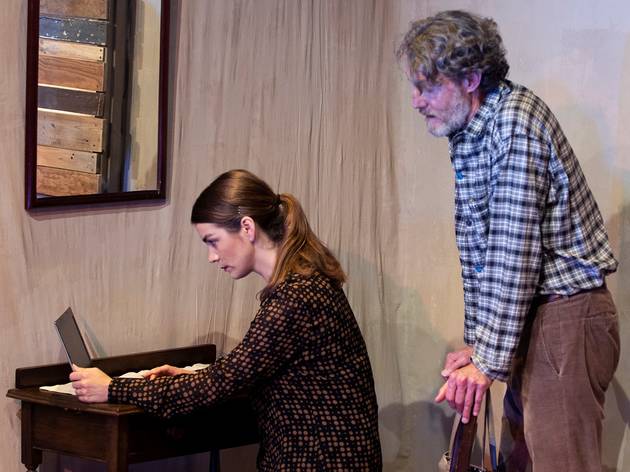 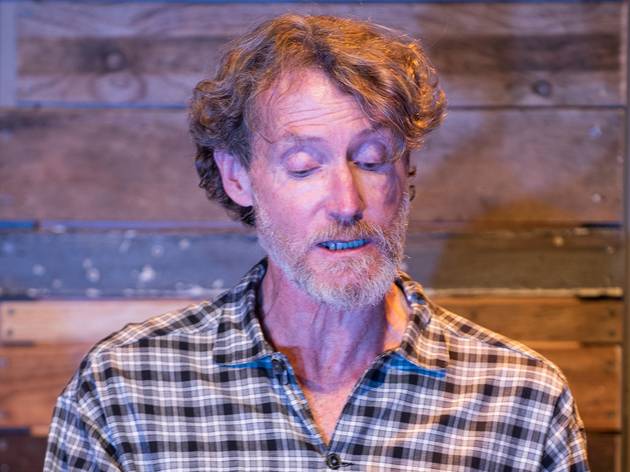 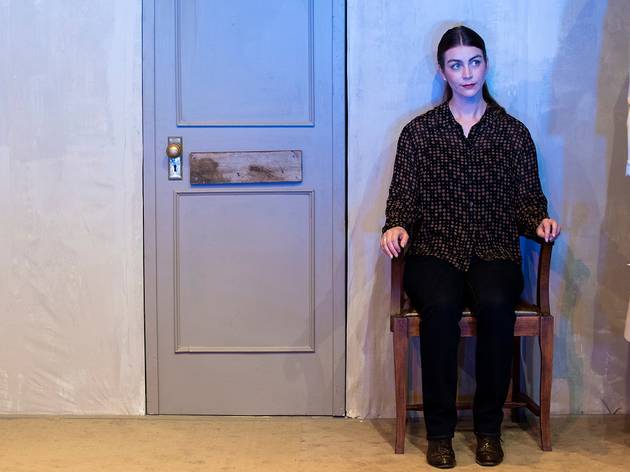 There’s a strangely stilted, Pinteresque quality to the dialogue of Mark Ravenhill’s play The Cane in its Australian premiere at Red Stitch; a faintly eldritch mood is at work from the very beginning. Anna (Jessica Clarke) comes to visit mum Maureen (Caroline Lee) and dad Edward (Dion Mills), because she missed her father’s birthday and wanted to say hi. But Maureen doesn’t buy it for a second. “You always miss his birthday and we always miss yours”, she says without a hint of sentiment; indeed, there’s almost a touch of triumph in her voice. Meanwhile, longstanding school teacher Edward sits silently upstairs, a white handkerchief covering his face.

We learn that Edward’s upcoming retirement celebrations have been marred by the students’ discovery of his history of corporal punishment, and that the cane of the title is the instrument of violence he used against past pupils. They are angry, so angry they keep turning up at the house to throw bricks through windows. Anna is appalled at the fact her parents have become virtually besieged in their own home, but she soon comes to see the students’ side of the argument.

Anna initially reads like the sensible, rational one in the room, the audience’s proxy. Clarke is brilliantly sharp and precise in this mode, level-headed but also alive to her parents’ inconsistencies and outright self-justifications. But soon her role darkens, and her place in the drama becomes murkier. She’s in education herself, an advocate for a particular model of pedagogy her father finds repulsive, and we begin to think she may have ulterior motives. There are certainly deep problems in the school’s past, but just what kind of future does she have in mind for it?

Ravenhill fiendishly keeps us guessing, allowing conflicting ideologies to wrestle each other without stacking the deck in anyone’s favour. The characters are all heightened in some way, tilted away from naturalism without ever collapsing into outright ciphers, and the cast walk the fine line expertly. Clarke’s pertness ossifies into something almost savage, and it’s hard to know if her Anna is more of a sadist or a masochist. Lee has a beautiful grasp on Maureen, her loyalty based entirely on fear. And Mills is typically fruity as the defiant old codger with the fascistic heart, able to make Edward both frightening and faintly ridiculous.

Kirsten von Bibra directs with great control and vision, knowing precisely when to unspool the tension and when to tighten it. She has a great sense of the play’s seriousness of mind but never loses its undercurrent of zaniness, that feeling that the whole thing might just be a very dark bedtime fable. Lara Week’s set and costumes have a lovely whiff of the uncanny about them, sparse to the point of surreality. Bronwyn Pringle’s lighting is suitably stark and uncompromising. This is a space without shadows, a place even history can’t hide in.

The Cane is a play of ideologies, not just the conflict between ideologies but the conflict within them. Edward presided over a system that has come to seem perverse, but Ravenhill is asking us to question whether we aren’t in fact always inviting perversion when we construct and adhere to an ideology. Anna’s corporate speak, her talk of “student voice” and “eyes forward thinking”, is as creepily disciplinarian as anything old dad did in his past.

Memory, its limitations and its wilfulness, are pitched against record-keeping and its limitations in The Cane. The more we discover about the past in the play, the more complex things become, until it’s hard to know what to think or who to trust. Certainly severity and surety win out, as humanity and forgiveness recede. Perhaps Ravenhill is asking us not to accept the viciousness of the past, or even to forgive it, but something much more difficult: to see ourselves in it. The play is a provocation, and its particular brand of disquiet tends to linger like a sting.