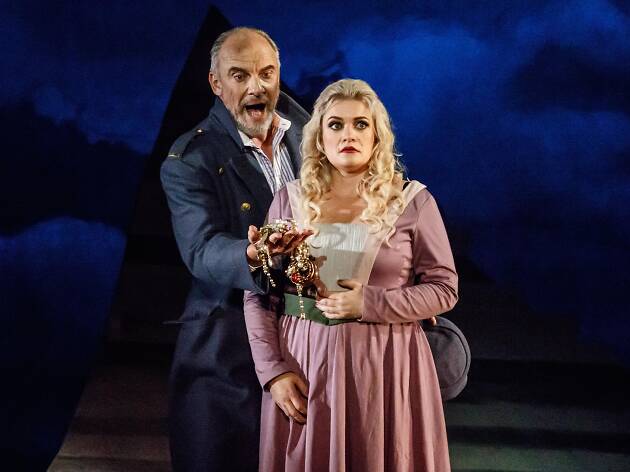 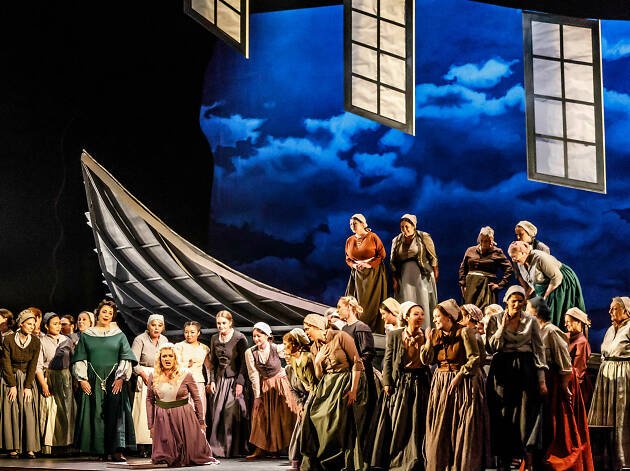 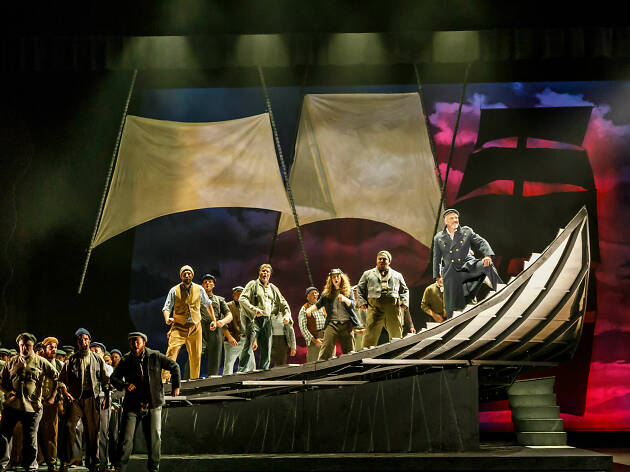 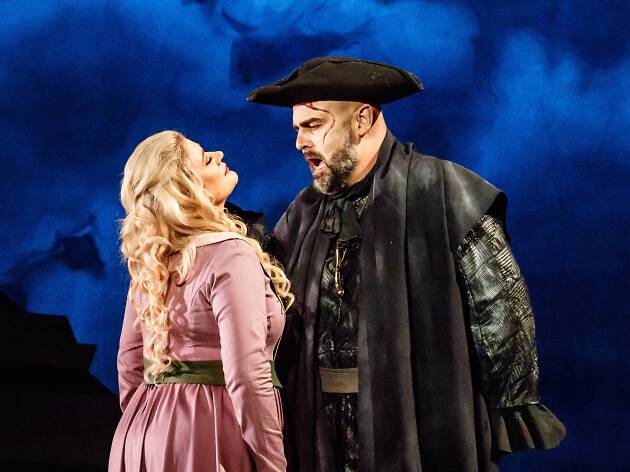 It is always unfair to compare opera companies, to pit them against each other in a gladiatorial fight to the death – with their vast differences in resources and funding levels, it’s never going to be a fair fight. But that doesn’t stop us from doing it. With Melbourne Opera’s new production of Wagner’s The Flying Dutchman following Victorian Opera’s 2015 production at St Kilda’s Palais Theatre, it proves an irresistible temptation. Given that the latter is government funded, and the former doesn’t get a cent of public money, it’s a true David and Goliath battle.

Dutchman is often considered Wagner’s first mature opera, in which his famous system of leitmotivs starts to emerge. It has nowhere near the complexity or intricacy he would go on to perfect in his colossal Ring, but it is unmistakably there, as musical themes denote character, support imagery and highlight dramatic tension. It’s a first step towards his notion of Gesamtkunstwerk, or “total work of art”, in which all elements of performance combine to a unifying effect.

The story is based on the myth of the Flying Dutchman, a ghost ship that is doomed to sail the oceans of the world forever, unless its captain can persuade a maiden to marry him for love. It appealed to Wagner because it allowed him to explore a theme he’d go on to employ again and again: romantic love as an act of self-sacrifice. In his version, Senta (Lee Abrahmsen) is the daughter of Daland (Steven Gallop), who comes across the Dutchman during a storm at sea and agrees to marry her – without her knowledge – to the doomed captain (Darren Jeffrey) in exchange for gold. When she discovers this, she agrees immediately, to the understandable distress of her boyfriend Erik (Rosario La Spina).

Director Suzanne Chaundy has helmed countless Melbourne Opera productions in the past, and her feel for Wagner’s allegorical tendencies is on full display here. She knows that if the symbolism is going to work, it needs real psychological texture to ground it, and she directs her singers towards an emotional realism that offsets the fantastical nature of the story. She subtly but surely pivots the opera around the character of Senta, making something moving and monumental about her sacrifice. Abrahmsen is superb, poised and dignified, with a warmth of tone throughout her vocal register that elucidates the expansiveness and generosity of her character.

But all the leads are magnificent. Jeffrey is a massive presence as the Dutchman, his rich bass-baritone wrapping around the musical phrases with complete confidence. He underplays the spectral nature of the role, emphasising the man in desperate need of love. Gallop is a convincing and powerful Daland, and La Spina is a revelation as the spurned lover. His tenor is gorgeously pure, soaring over the orchestra with effortless clarity. The chorus, under Raymond Lawrence, is quite extraordinary, given that it is made up of volunteers. Disciplined, sumptuous and powerful, they could stand with pride next to any chorus in the country.

Conductor Anthony Negus returns after his very fine production of Tristan und Isolde for this company last year, and is just as good if not better this time around. He extracts maximum tone and delicacy from the orchestra, and the balance between the singers and the musicians is nigh perfect. The whole thing is brought to fruition by a terrifically simple ramped set (Andrew Bailey) that is revolved by the cast, and variously suggests the bow of a great ship, a mountainous landscape and a cosy interior. It’s beautifully lit by Rob Sowinski.

So, who wins the battle of the Dutchmen? Victorian Opera tried something truly innovative with their 3D production, which should always be encouraged, but in virtually every way this is the finer. The depth of the musicality, the class of the principles and the effectiveness of the visual design are all superior, and proof that Melbourne Opera has truly come of age. Victorian Opera have a chance shortly to outshine them with their upcoming production of Wagner’s final opera Parsifal, but surely it’s time to fund this state opera company in line with its considerable achievements.