The Importance of Being Earnest review 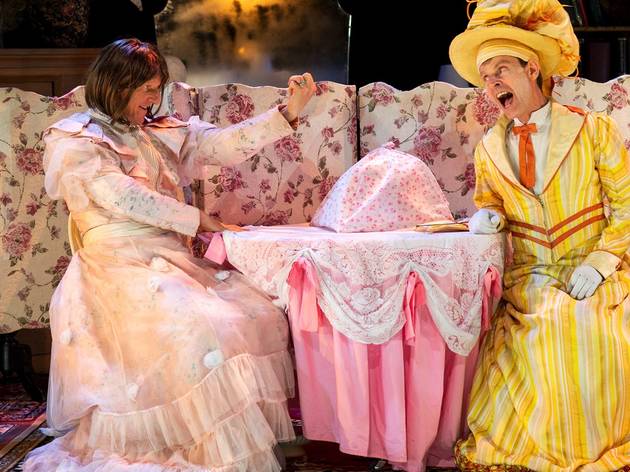 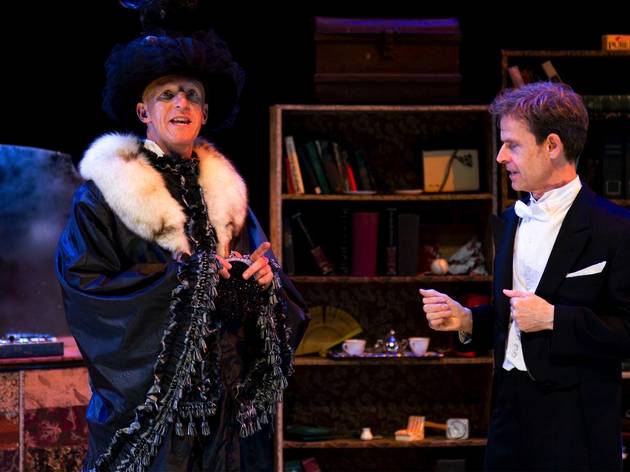 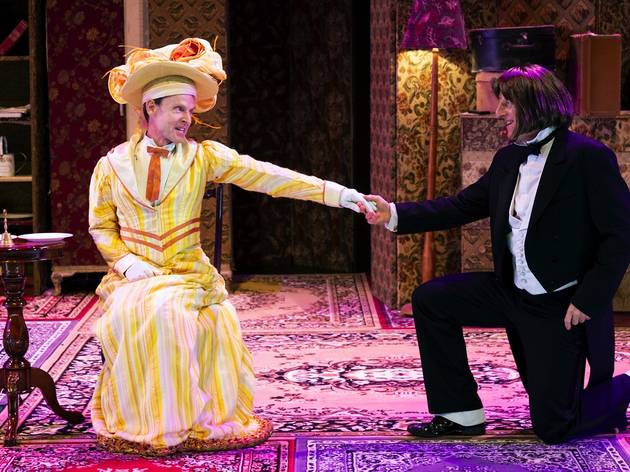 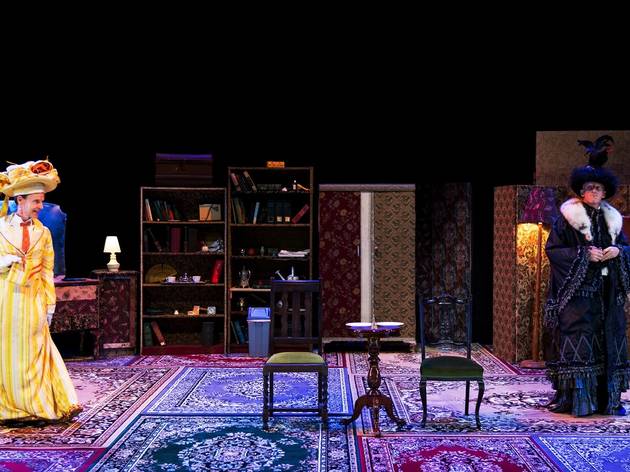 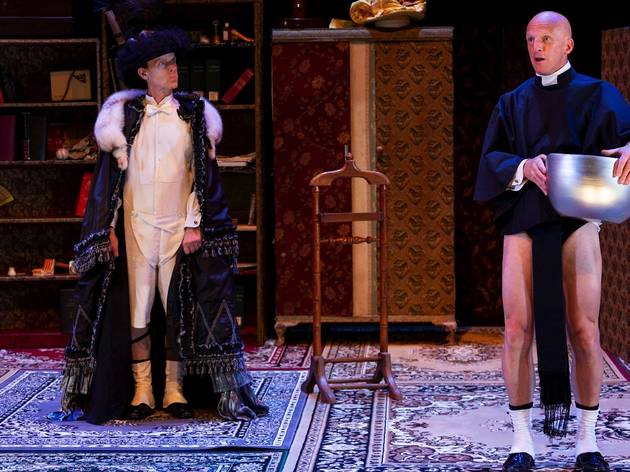 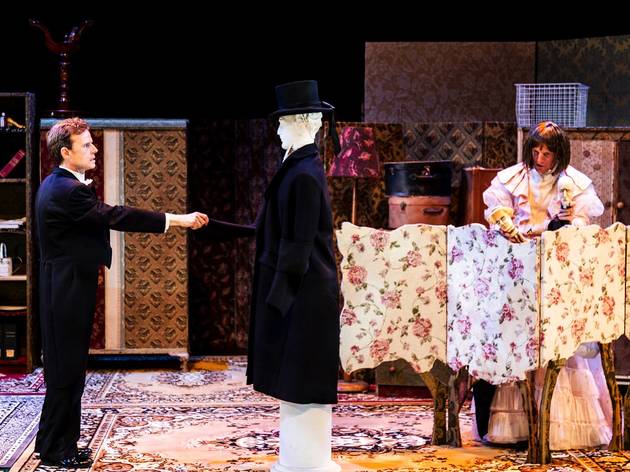 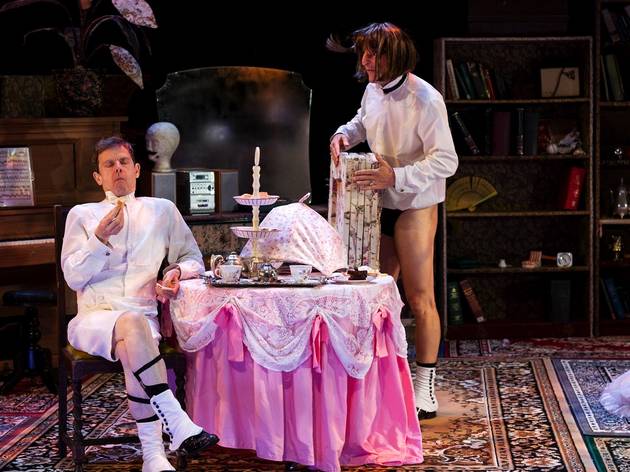 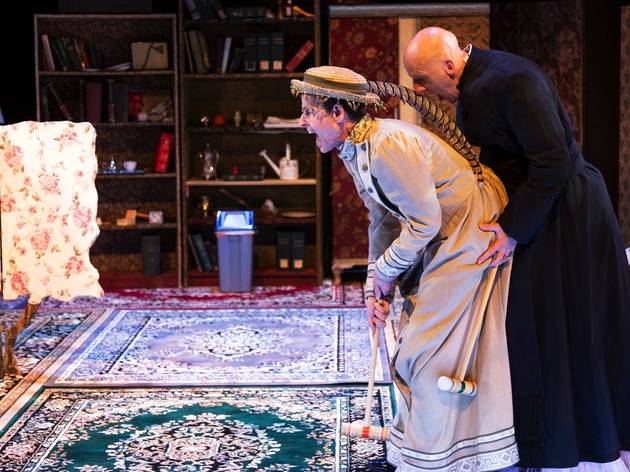 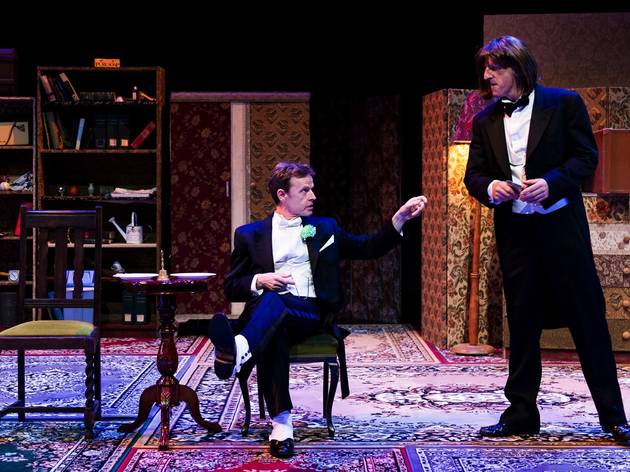 A handful of plays in the history of theatre are so robust, so ingeniously constructed, they can virtually withstand anything you throw at them; even a painfully acted end-of-term high school production can’t ruin them. It was with this understanding that Ridiculusmus, the theatrical outfit co-created by Jon Haynes and David Woods, mounted a production of Oscar Wilde’s The Importance of Being Earnest where they played all the characters. It was a monster hit in 2005 and beyond, and returns to open Malthouse’s 2020 season.

There is something deliciously apt in the conceit. Earnest is concerned with lies and disguises, both acknowledged and unacknowledged, and having two grown men desperately swapping costumes, throwing around hats and skirts, and affecting ludicrous accents transforms the central plot device into something of a feat of endurance. It also further queers what was already a pretty queer space to begin with, bringing the codified gay innuendo of the play into the harsh light of day. You feel Jack and Algernon are just as likely to get it on as Gwendolen and Cecily. Or even Lady Bracknell and Miss Prism.

It starts slowly, as Lane the butler bats away Algernon’s barbed one-liners while Algy munches up all the cucumber sandwiches. It’s only when Lane has to announce the arrival of Mr John Worthing that the difficulty becomes apparent: Lane will have to leave the stage in order to transform into John because there are only two actors in the play. When Lady Bracknell enters, insanely got up in black, her hat adorned with a large black coq, followed by her daughter Gwendolen in elaborate yellow, and four people need to have a conversation together, it becomes increasingly fraught. We start to wonder what the bloody hell they’ll do when the play requires six or more parts in the one scene.

The answer involves lightening-fast changes, mad dashes to the cupboards adorning the set, and when things get really crazy, puppets. One of the show’s key delights is just how much of Wilde’s sparkling dialogue and clockwork precision manages to survive the manic onslaught. This is largely because the play is structured around a series of dialogues between two characters, whether it be Jack and Algy arguing over the concept of Bunburying, or Cecily and Gwendolen spitting aphorisms at each other over tea. The wittiness of the repartee is never allowed to be entirely swamped by the buffoonery of its delivery.

While the play hurtles along at great speed, and the lunacies mount, a question begins to form that the production never quite acknowledges, and certainly never answers: why are these two men doing this? What strange ritual is being enacted here, and what relationship – between the two men themselves and between the two men and the text – are we supposed to infer from it? Are they lovers in the mode of Wilde and Bosie, stuck in Paris and destined to act out the playwright’s greatest hit over and over? Are they prisoners of a social satirical nightmare, trapped by the wit and trying desperately to escape its devilish strictures? Or are they simply actors, taking the idea of impersonation to its absurdist ends?

It is impossible to separate Woods and Haynes, given that they don’t merely share roles but create a kind of performative symbiosis. It’s true that Haynes largely plays the “straight” man to Woods’ clown, and while they are both constantly threatening to break the fourth wall, it’s only Woods who smashes right through it. But behind this, there’s a wonderfully subversive sense that the actors are not only taking the piss out of themselves, but out of us too, maybe even especially out of us. There’s nothing more Wildean than that.

There is a lot of brilliant stagecraft at work here. Zoë Atkinson’s set (a wall full of closets where gayness can be hidden) and costumes (Victoriana pushed to the limits of taste) are both delicious, and lighting designer Stephen Hawker’s insanely dramatic changes are hilarious. The sound realisation (Tom Backhaus) that moves from Wagner to the Smiths, is wonderfully, wildly anachronistic.

The question of meaning in The Importance of Being Earnest is often disputed; certainly, the concept of character, the ways in which it can shift and be shed, of the fluidity of identity, runs through it and makes it constantly relevant. Ridiculusmus push this idea to its ridiculous conclusion, and the result is a riot. I couldn’t stop thinking of an exchange between Hamm and Clov in Beckett’s Endgame, where Hamm wonders if “we’re not beginning [to] mean something?” Clov laughs and says “You and I, mean something? That’s a good one.” It’s a line Wilde would have loved. I suspect he might have felt the same way about this sublimely silly hatchet job on his indestructible masterpiece.