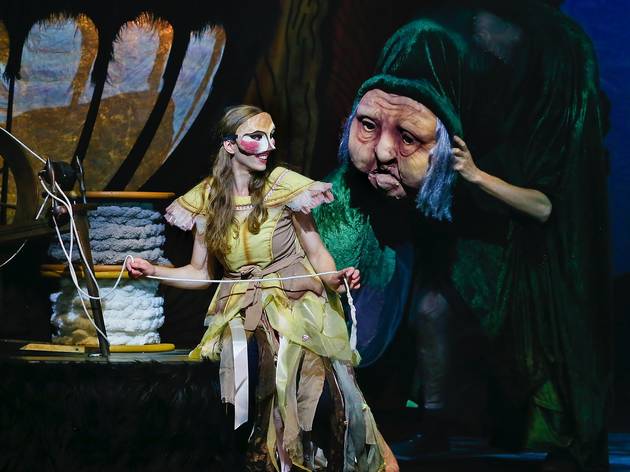 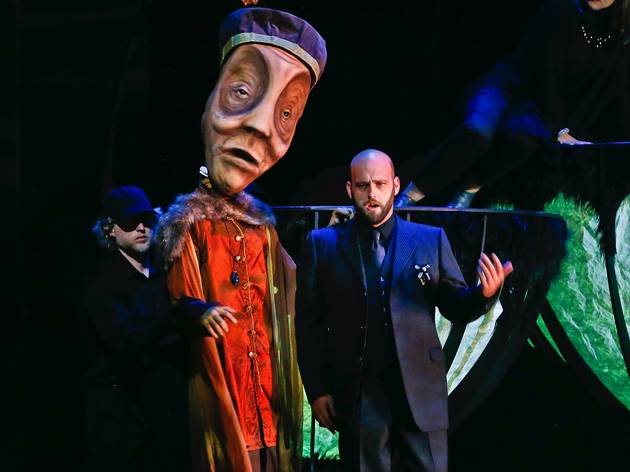 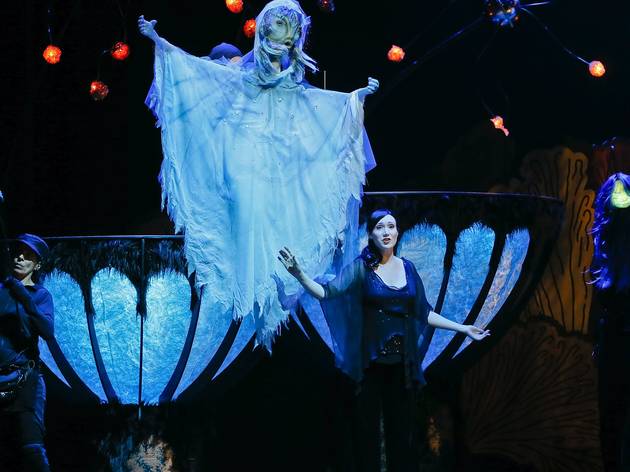 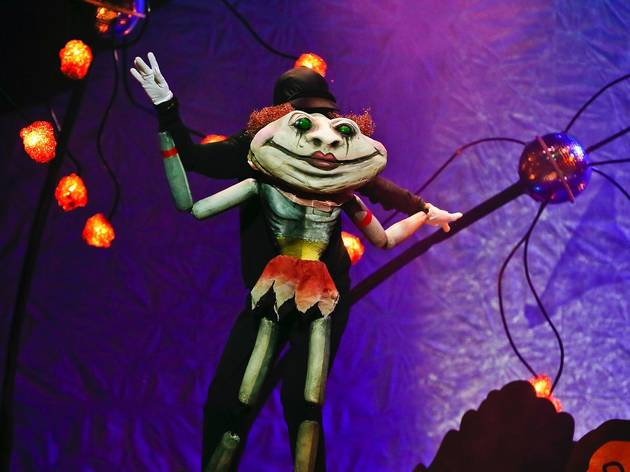 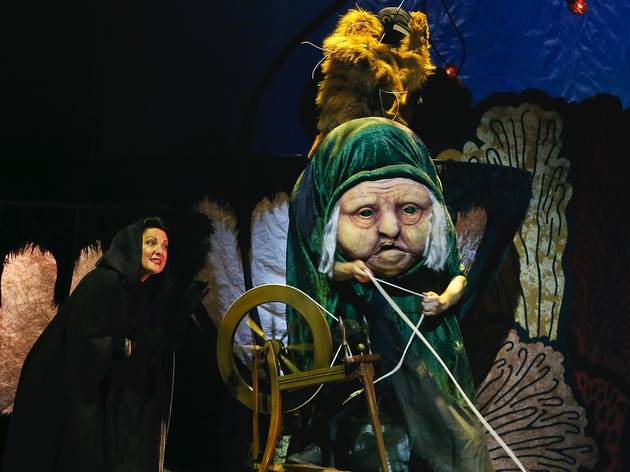 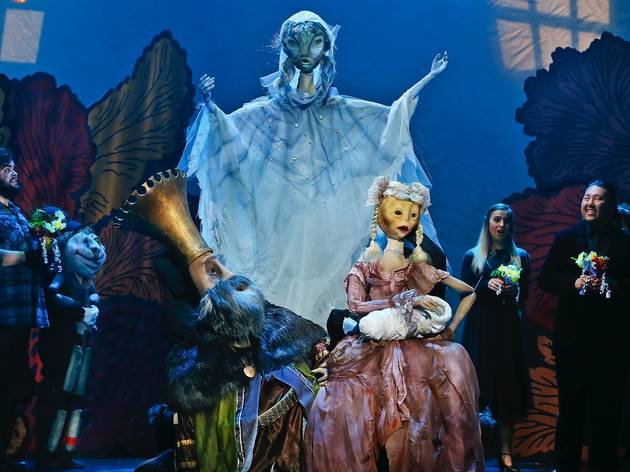 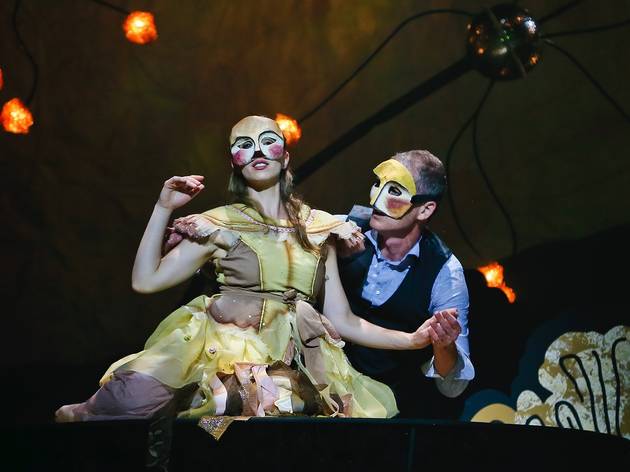 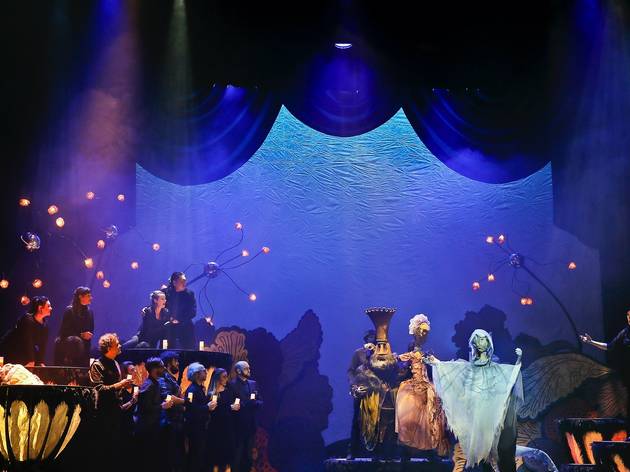 Ottorino Respighi finished The Sleeping Beauty (known originally in his native Italian as La bella dormente nel bosco) in 1922, just over a century ago. The whimsical opera premiered as Europe emerged from both World War I and the ravages of the Spanish flu, a time not too dissimilar to our own.

A princess both blessed and cursed by fairies pricks her finger on the spindle of a spinning wheel and falls into a deep sleep, unable to be woken except by the kiss of her true love. The story of celebration, joy stolen, doom, hibernation, hope and resurgence is one most people are familiar with, and it’s a natural fit for Victorian Opera to reopen within a year after shutdowns forced its closure in 2020.

It’s not the first time Victorian Opera has staged The Sleeping Beauty, with the production first running in 2017. The opera was originally written for marionettes, which Victorian Opera has honoured by collaborating with Melbourne’s A Blanck Canvas to produce larger-than-life puppets that stand in for most characters (with a corresponding singer nearby to provide vocals). The caricature-like puppets are a delight – from the grotesque Green Fairy to the hobbled old lady and a gnarled, Ent-like tree – and are handled skillfully by the team of puppeteers.

Working hand in hand with the puppets in creating The Sleeping Beauty’s enchanting atmosphere is Morwenna Schenck’s set design. The production slips in at a tight 80 minutes, so there’s no interval for crew to madly dash around with a set change. Instead, a flexible design of huge, luminous frilled drums are used to portray everything from a quagmire to a royal hall, and Philip Lethlean’s lighting design uses low-fi shadow puppet techniques to conjure bonfires and the passing of the time. Visually, The Sleeping Beauty is dazzling, summoning up all the magic any fairytale deserves.

But where the production appears to falter is with its acting, with some scenes feeling stilted. Interactions between singers and their corresponding puppets at times seemed awkward, though the idea to do so does help the audience see the two separate entities as a whole. Having said that, the synergy between the Prince and Princess is palpable, in both the acting (Vincent Crowley and Nadine Dimtrievitch) and singing (Carlos E. Bárcenas and Georgia Wilkinson).

Where The Sleeping Beauty really takes a detour, however, is when the heroic prince rides into the forest with the duchess and meets the wealthy American Paper-Hunt society and their leader, Mister Dollar Cheque – who in this production is represented by a puppet that quite clearly is a parody of Donald Trump. While a fair analogy, using such an identity instantly snaps the audience out of the fairytale world they’d until now been engrossed in. It’s an odd choice that can leave you thinking “what did I just witness?!”

Despite Disney, fairytales were not historically sanitised to be suitable for children. Many of them were incredibly dark, gory or explored immorality. Respighi was not in the business of catering to children’s sensibilities, but the production is still suitable if you’re thinking about bringing a young guest. With a gentle humour pervading the familiar story and puppeteering style, The Sleeping Beauty is a show enjoyed by all ages and an easy gateway into the world of opera.