The View from Up Here

This topical and touching play aims to explore the familiar themes of relationships, family and local culture through the lens of a world increasingly at threat

Bushfires are embedded in our collective Australian psyche. We remember the day Melbourne’s sky turned sepia (and then a dirty Yarra-river brown) in the wake of the Black Saturday bushfires. We remember the smell of acrid air, filled with smog and ash as fires burned through rural and regional Victoria. Some of us remember Ash Wednesday, or at least, we think we remember it. We hold onto these narratives in metropolitan Melbourne like they somehow belong to us. As if – by mere proximity to the cascading tragedy – we own a share of the pain.

Fiona Spitzkowsky's play The View from Up Here reminds us city folk that we understand very little about bushfire. It puts the reality of this increasing phenomenon centre stage and deftly explains how – unless you've sifted through the rubble of your incarcerated home or sheltered in a shallow pool of water waiting for the front of a firestorm to pass – you’ll never grasp the extent of this tragedy. There are some beautiful moments in Spitzkowsky's script that gnaw at your insides in the show’s many pregnant pauses.

Director Julian Dibley-Hall concentrates his efforts on the environment beyond the set and does an excellent job at summoning the audience into this world. Eva (played with steely confidence by Chanella Macri) is always on her way (off-stage) to the creek. The neighbours, now gone, are just over the hill. The animals that survived the fire skirt the perimeter of the burnt property, tangling their pelts in the mangled barb-wire of broken fences.

It's a captivating world, beautifully rendered by James Lew and Claudia Mirabello, which invites the audience into the tension. The costume design is less effective, with characters wearing jackets in peak bushfire season under an extreme UV index. Jason Crick’s lighting design also felt confused. Day, night and those in-between hours felt muddled – although perhaps this is an accurate portrayal of time and light in the immediate wake of disaster.

Jess Keeffe’s sound and composition is masterful and thrusts the audience into the inferno from the outset. We’re carried through each damaged, thirsty and beguiling scene with careful transitions.

It’s a strong ensemble cast telling this story. Lily (Brigid Gallacher) is childish and sweet with a flicker of viciousness at her core. Johnny (John Marc Desengano) adds light and moments of humour where needed, but he doesn’t have the opportunity to do much else. And Macri is indominable as Eva.

But the shining star of this production is mother and matriarch Maggie, played by Emily Tomlins. Tomlins is captivating in her delivery of every syllable. Her monologues are enthralling and honest. She is a mother who has lost so much, clinging to the threads of her family. And we barrack for her even when we shouldn’t. We learn, through Tomlins' portrayal, what it means to gain and lose in motherhood, and how to preserve the gains when the world is hell-bent on destroying them. Some narrative threads get lost, like the neighbour from Lily's past with the unlucky wife; the miscarried child; and the totally absent, unmentioned father. But these gaps don’t interrupt the flow so much as pose further questions.

The family’s destroyed home, or perhaps its corresponding symbol of place, becomes the most affecting character in this production. Maggie is desperate to reclaim her parcel of scorched earth at any cost. The 'piece of paper' outlining the lot she inherited from her mother – handed down by her mother's mother before her – morphs into a symbol of family legacy and family continuation.

The creek is the clincher here. All that remains where the creek once flowed is a boggy swamp that rises and falls from the runoff of higher country. There is no flowing water now. No source of life. No point to the land if it cannot be cultivated. The neighbours have fled, the animals too – if they hadn't also perished in the inferno. At the very least, the animals have 'paused their pregnancies' because what is the point of nurturing life in an unsustainable environment? The characters’ quest for new life echoes the pursuit of Mother Nature around them. And the central question stands: can this family rebuild a fertile future with fruit trees and biodynamic tomatoes on such a severely injured earth? Or is the land too badly wounded? Like a limb so severely blistered and lacerated, it might be better off severed.

The View from Up Here is a modern-day parable about the imminent dangers of global warming. It draws a powerful parallel between the characters striving to reconnect after tragedy and a wonderful team of independent artists who have rebuilt their practice in the wake of Covid-19. Their efforts prove worthwhile in this eloquent Australian premiere. 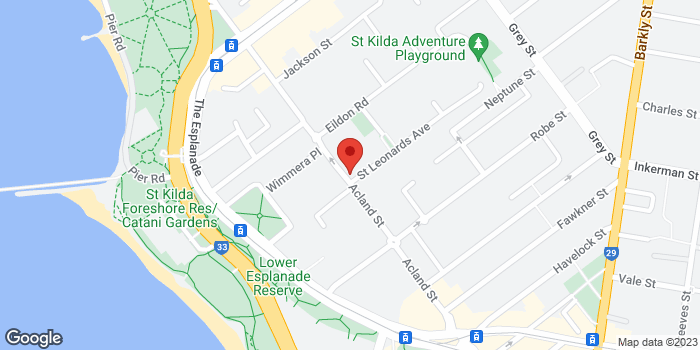