The Wedding Singer – the Musical Comedy 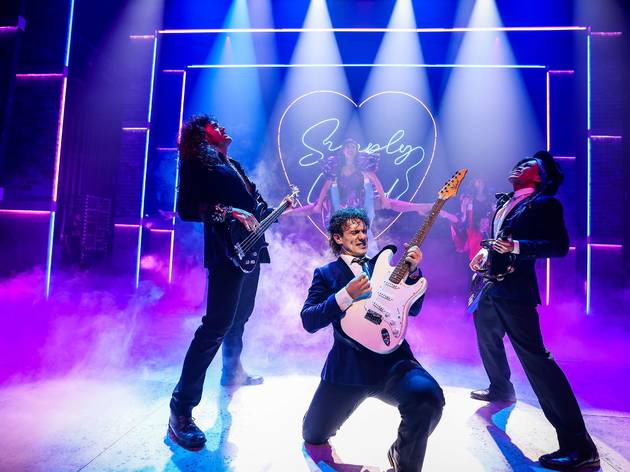 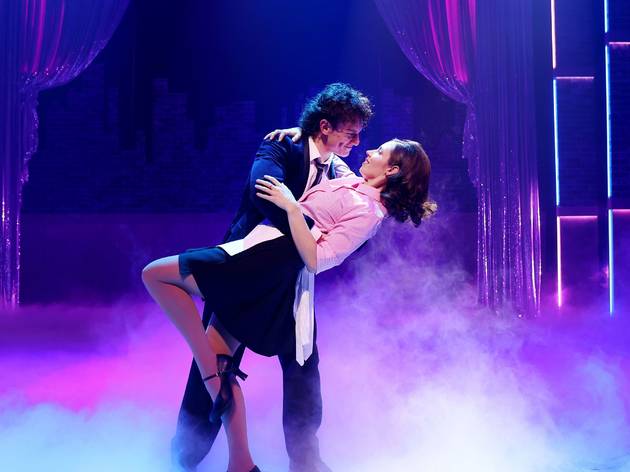 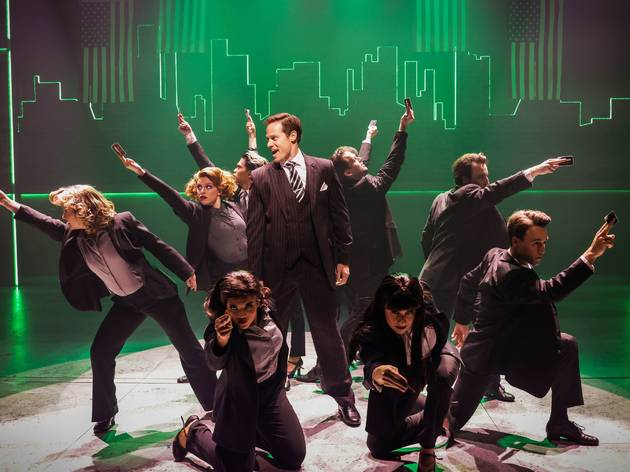 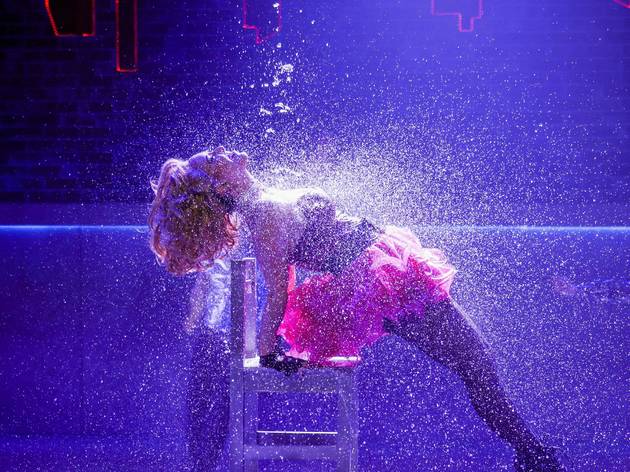 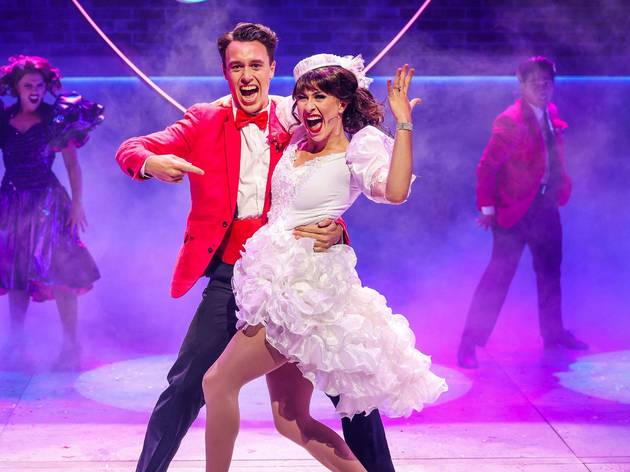 Sweet as pink bubblegum, The Wedding Singer is a feel-good hit

The 1998 Drew Barrymore-Adam Sandler film The Wedding Singer is a mulleted, leather-gloved, parachute-panted nostalgia trip to 1985. The stage musical, now much further from 1998 than the film was from 1985, has an extra layer of nostalgia, recalling both the fashions and gender politics of the 1980s and the uncomplicated innocence of a late-’90s romcom.

Far from being weighed down by these expectations, however, the show fizzes and pops like Mentos dropped into New Coke. It's as high energy as a Jane Fonda exercise video, sweet as a Ring Pop and pulls you in like a dancefloor filler at a wedding.

The gist, in case you haven’t seen the film, is this: wedding singer Robbie Hart (Christian Charisiou) and waitress Julia Sullivan (Teagan Wouters) meet-cute the night before Robbie is left at the altar by his fiancée. Julia soon gets engaged to her Wall Street boyfriend Glen (Stephen Mahy), who cheats on her, worships money and fulfils his obligations as a panto villain. No points for guessing whether there’s a wedding at the end.

As the two leads, Charisiou and Wouters have far more chemistry than Sandler and Barrymore ever did - and here both parties are charming and adorable. They are both vocal powerhouses, with Broadway voices made for this kind of music. Charisiou is particularly outstanding, with an expressive face that telegraphs his emotions all the way to the last row of the dress circle. A lesser actor would be upstaged by that tightly permed mullet, but self-assured Charisiou wears it with ease.

The person who seems to be having the most fun on stage is Nadia Komazec as Julia’s best friend, Holly. She’s the spitting image of Like a Virgin-era Madonna, down to lace gloves, Boy Toy belt buckle and playful sexuality. She leads the act one closer ‘Saturday Night in the City’, a rocked-out club banger that promises “being young and stupid is what Saturday is for”. Komazec is mesmerising, in constant motion, and when the leads leave the stage in the middle of the number no one even notices.

Almost all the songs are specifically composed for the show (with the exception of the two Sandler wrote for the film), and they are synth-y, electric guitar-led bops that fit perfectly into the genre of 1980s musical theatre. Think the overly synthed music from Cats and you’ll have an idea of the flavour. Although Matthew Sklar and Chad Beguelin wrote the music and lyrics respectively for this show, the songs are so catchy you’ll swear you already know them. Ode to 1980s greed-is-good capitalism ‘All About the Green’ will likely be stuck in your head for days.

Michael Ralph’s choreography is sharp and clever, combining Broadway high kicks and jazz hands with loving tributes to Michael Jackson, Madonna, Prince and other icons of the age. The cast are without exception fantastic dancers, bringing Ralph’s choreography to life in Kim Bishop’s costumes of sparkles, shoulder pads and rah-rah skirts. These, along with Declan O’Neill’s pink and blue neon lighting and Nathan Weyers’ set design, transport the audience straight back to 1985, at least as imagined by ‘90s romcoms.

There are some welcome additions that would never fly in the actual 1980s, including a few queer side characters. The show risks turning Robbie’s keyboardist George (Ed Deganos) into a queer-baiting stereotype, with a running gag that bassist Sammy (Haydan Hawkins) is oblivious to George's obvious homosexuality. But when George comes out during a blink-and-you’ll miss-it moment in a song about how men are better off without women, Sammy’s reaction is surprisingly touching and mature. It would be easy to elide the line, but Hawkins turns it into something lovely, flashing surprise, confusion, trepidation, understanding and acceptance across his face in a matter of seconds.

Under Alister Smith’s direction, The Wedding Singer shines brighter than day-glo, with big hair and an even bigger heart. It’s like the perfect pink piece of bubblegum, full of sugar and pop. And if your favourite part of the film was the rapping granny, well, the show doesn’t disappoint there, either. Tease your hair, dust off those shoulder pads and hit that disco ball dancefloor with The Wedding Singer.