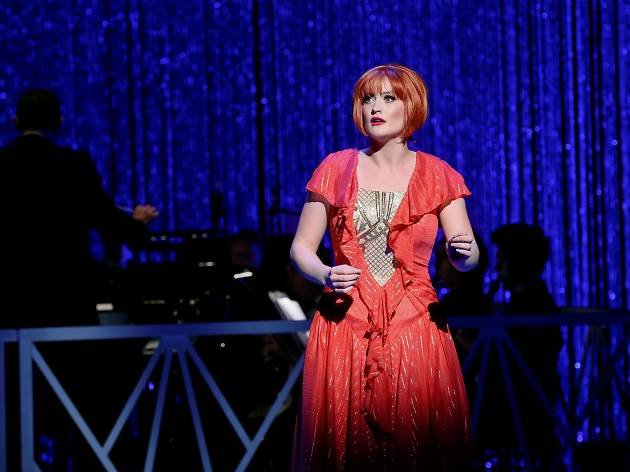 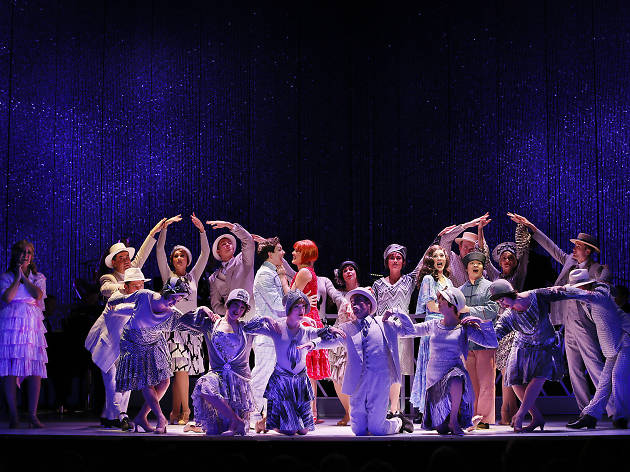 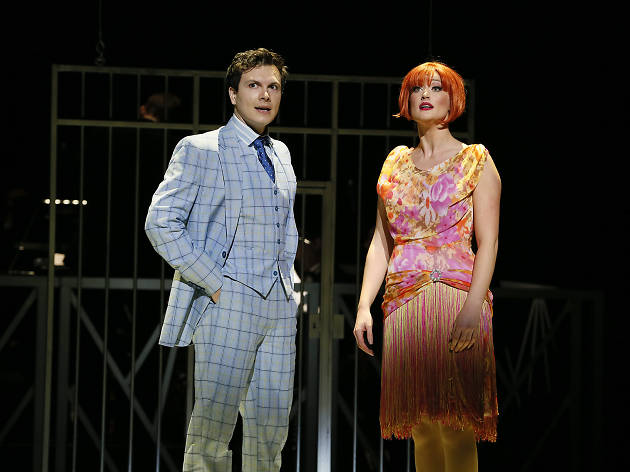 It’s a weird and roundabout genesis for a Broadway musical: the non-musical film starring Julie Andrews premiered in 1967, but it wasn’t until 2000 that Richard Morris and Dick Scanlan adapted it into Thoroughly Modern Millie, an all-singing, all-tapping homage to the ’30s musical films of Fred Astaire, Ginger Rogers and Busby Berkeley. It’s actually set in 1922, but nostalgia cares not for historical accuracy. It’s a show that means nothing and aims to please, which is probably why it was so successful coming around the time of the 9/11 attacks in New York. It might find a willing audience in these times too, as they clamber in from the cold to shake the whiff of doom from their evening coats.

It will require a strong stomach for overtly racist tropes and tired sexual stereotypes, though; not to mention a penchant for the kind of paint-by-numbers songs that are forgotten before they even reach the resolving chords. There are things to like in the show, but there is so much else that is flat-out offensive, and it takes a brave company to even attempt it. The good news is that the Production Company knows exactly where to pour their resources, and they manage to produce an evening’s entertainment nowhere near as disastrous as it could have been.

Central to its success is Annie Aitken’s dazzling turn as Millie, the country ingenue who comes to New York to “marry for money, not love”, but ends up falling for both. She has a fine voice – not terribly strong in her lower register but full and robust where it counts – and she throws everything into Christopher Horsey’s gorgeously vibrant choreography. But best of all, she has the kind of charisma and affability that can power several musical comedies, and she often seems to drag this one single-handedly to its conclusion.

Not that the support is bad. Nigel Huckle, aided by a beautifully pure tenor, makes the smooth-talking party boy Jimmy Smith seem a paragon of virtue and Claire Lyon uses her perfect soprano to add sweetness to Millie’s new bestie, Miss Dorothy. Adam-Jon Fiorentino is suitably dashing as Millie’s boss and potential hubbie, Trevor Graydon. Keith Brockett makes the most of his smitten kidnapper, even if it’s a monstrously degrading role as written. And Queenie van de Zandt smashes it as famous crooner and all-round good sport, Muzzy van Hossmere. Her number, ‘Only in New York’ is suitably brassy, one of the night’s highlights.

Marina Prior plays the villain of the piece, Mrs Meers, a hotel proprietress with a sideline in something the show insists on calling “white slavery” but is actually just old-fashioned forced prostitution. She dresses in “oriental” clothing and speaks in a hideous, and hideously offensive, “ching-chong-Chinaman” accent throughout, as if she were channelling Mickey Rooney’s appalling turn in Breakfast at Tiffany’s. The show tries to mitigate this somewhat – it makes it clear that Meers is the racist one, and her henchmen from Hong Kong are being blackmailed by her – but nothing can redeem the spectacle of a white woman relentlessly mocking the speech and mannerisms of an entire race.

Technically, Thoroughly Modern Millie is one of the Production Company’s most assured and beautifully realised productions in years. The set follows the template established by director Chris Parker’s previous hit for this company, last year’s Oklahoma! The orchestra (who sound terrific, as bright and brassy as possible, under the musical direction of Peter Casey) are situated centre stage, with the cyclorama here substituted by the most lavish and sparkly beaded curtain an Art Deco ingenue could dream of. It is stunningly lit by Gavan Swift, and Christina Smith’s ingenious and effortless sets, not to mention the magnificent costumes by Isaac Lummis, evoke the full glamour and glitz of the period. That choreography snaps and taps and dazzles throughout, and even the sound design, sometimes problematic with Production Company shows, is faultless.

It’s a funny and sometimes not so funny thing, nostalgia; it tends to distort and reconfigure the past in ways that would be unrecognisable to the people who actually lived it. Thoroughly Modern Millie tries to convince the audience that it knows what it means by “modern”, but in truth it has no idea. Millie wants to marry a man for money, because she thinks love is passé; the modernists wanted to see the world, to perceive, to conceive and receive the world in ways that hadn’t been imagined before. The show doesn’t deserve its own title.

You can call this pure escapist fun, but fun for whom? It’s hard to imagine it being much fun for Asian-Australians – who don’t have to imagine what “white slavery” is because Southeast Asian women are actually being abducted into real slavery in this country – or people of colour who are grossly underrepresented here, or gay women who simply don’t exist. The fact is, Millie just ain’t modern enough, and no amount of admittedly fabulous surface glam can disguise this show’s creaking irrelevance. It feels like the most expensive lipstick has been smeared all over the world’s most racist pig.