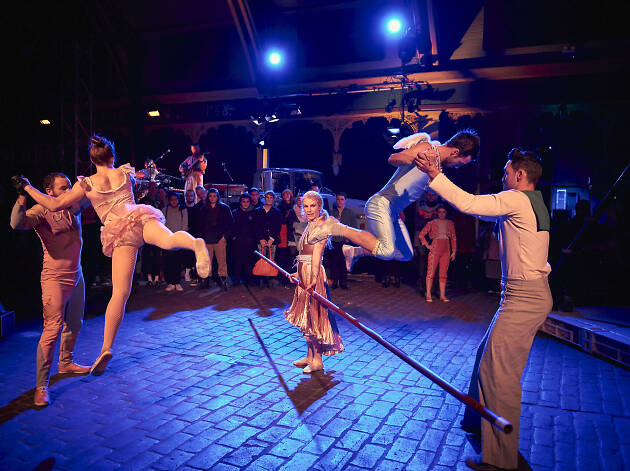 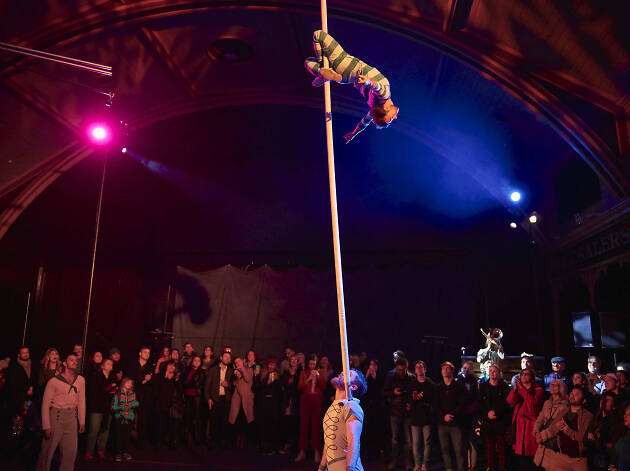 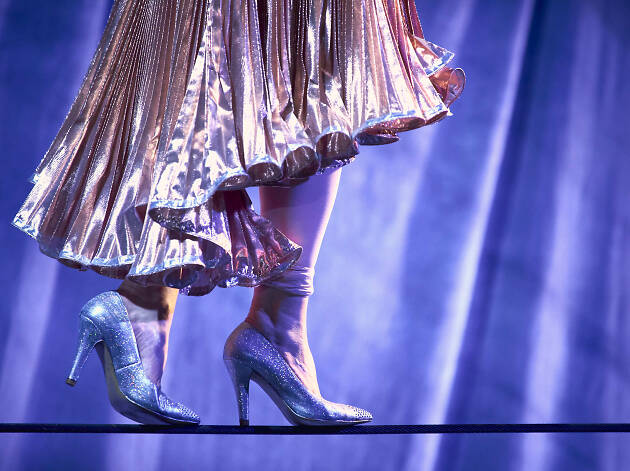 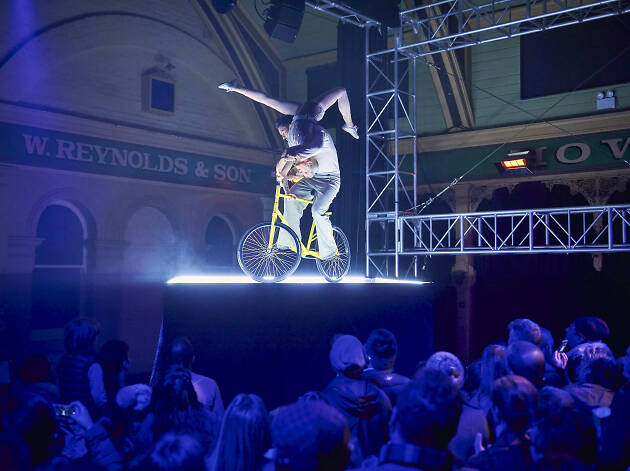 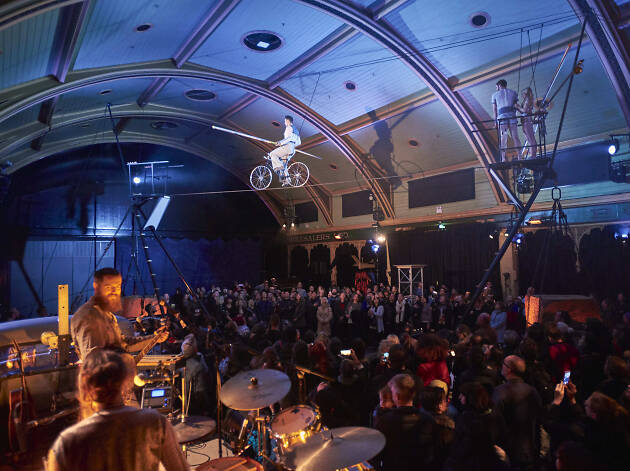 Australia is considered one of the world’s most fertile hotbeds for contemporary circus, and a glance at the range of pioneering shows produced here in the recent years certainly bears out this reputation. Defying the rusted-on expectations of the artform while proving circus’s worth as a vehicle for powerful storytelling has become the established status quo Down Under. So there’s something ironically radical in the way this latest offering from Circus Oz, in partnership with Queensland’s Company 2, draws so heavily on classic Big Top archetypes.

Seemingly taking its cue from the Victorian surroundings of North Melbourne’s Meat Market, an eclectic cast of seven old timey circus folk – a harlequin, a strong man, a lion tamer, plus a few miscellaneous vintage characters – evoke the whimsy of a Barnum-esque spectacle. Devised as a semi-immersive promenade performance, this cohort corrals an itinerant audience around the building’s cavernous interior, which is criss-crossed with a series of highwires. In fact, this show could be best described as an ode to the tight-rope, with various audacious balancing acts dominating the action.

Co-directed alongside Company 2’s Chelsea McGuffin, Wunderage is the swansong production of Circus Oz’s outgoing artistic director Rob Tannion, so it seems poetic that this final outing should be an homage to his artform’s purest traditions. And yet, featuring such a relatively limited repertoire of circus – beyond balance and strength feats, there’s only a little tumbling, and no juggling or clowning to speak of – could easily fall into a trap of diminishing returns. Tannion avoids this by making the tightropes high and the stakes even higher.

Performers dance, duel, and even cycle across wires at various altitudes, sometimes with no harness or safety net for protection. Death-defying human towers, built on the shoulders of man-mountain David Trappes, reach terrifyingly close to the rafters. Other moments are technical marvels. A ballet dancer tip-toes across en pointe, before a trio of women defy explanation by taking to the wire in stilettos. Almost every conceivable method of getting a person from one point to another via a rope is on display. But if you think one tightrope is much like another, think again. Each individual rig has a different dynamic or level of risk and by playing with the proximity of the audience and placing so much of the show skywards, perceptions of space and gravity slowly begin to warp.

All of which is jaw-dropping, but our adrenaline levels are tempered by Tannion’s great eye for beauty. Paul Lim’s lighting conjures a dreamy calm, while adding to the trippy layering of scales; one especially stunning sequence sees a small human form on the highest wire casting gigantic shadows on Meat Market’s walls. Grant Arthur’s folk-powered score, featuring the ethereal tones of singer Bonnie Stewart, adds yet another layer of otherworldliness to the mix.

This is a show where a single weak link could spell disaster, so it’s little wonder that every member of the cast is stellar, with the fearlessly nimble efforts of Skip Walker-Milne a particular stand out. In addition to their virtuosic skills, there’s an endearing, easy charm about this ensemble as they guide us about the space, but with no spoken elements at all and only the vaguest winks to any narrative context, there were times when the show felt a little rudderless. The ring master is perhaps the most iconic stereotype in circus history, so in a show owing so much to that proud heritage, having a similar type of MC may well have lifted Wunderage to even greater heights.