Time Out is profiling the incredible people who are shaping the future of Melbourne in this Future Shaper series. We have asked a panel of esteemed experts comprising Simon Abrahams (creative director and CEO of Melbourne Fringe),  Pat Nourse (creative director, Melbourne Food and Wine Festival), Senator Lidia Thorpe (Greens Senator for Victoria), Claire Ferres Miles (CEO of Sustainability Victoria), Peter Tullin (co-founder and CEO of Remix Summits) and Kate Vinot (chair of Zoos Victoria) to help us identify the people changing the future of Melbourne in the areas of food and drink; arts; community and culture; civics; and sustainability.

The arts is always changing and evolving, particularly in Melbourne. What would have been considered cutting-edge a decade ago reads as humdrum to audiences hungry to be amazed and challenged. When our panel of experts considered the arts, they wanted to champion both those who have big organisations and platforms behind them and those who are forging a completely new path without institutional backing. After all, the arts are a place for dreamers and boundary-pushers, those who want to shake it up, burn it all down and build a better tomorrow. 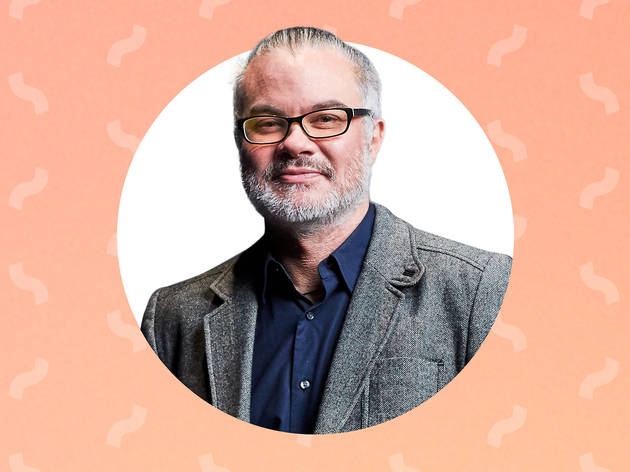 In early 2021, the Australian Centre for the Moving Image (ACMI) reopened its doors after a $40 million facelift. ACMI has always been a powerhouse of a museum – more cutting-edge than the state’s other museums, and arguably cooler than the galleries with which it shares a postcode. And it was the only place in Melbourne where you could waste away a rainy day playing video games and call it “educational”.

As chief experience officer, or CXO, Chan is responsible for the experience and engagement division of the institution. “How I describe it to other people is everything that a visitor does before they get to the museum, how they feel within the museum, and how they go home with ways to extend their visit and their curiosity.” 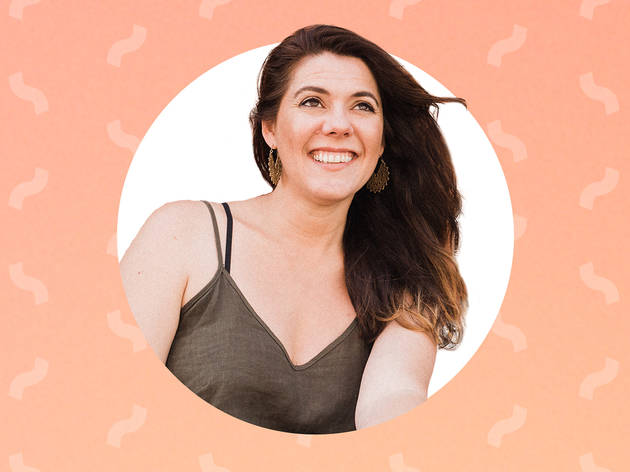 Tamasein Holyman couldn't have picked a worse time to return to Australia from the UK with big dreams of working in theatre than 2009. Given that theatre companies were shutting down, people were losing their jobs and Australia was scaling back arts funding and spending, was it time to cut her losses and give up on her ambition? "I came back into that environment. And so obviously, I thought it was a good time to start a progressive, immersive, never-tried-before production company in Australia," she laughs.

That company was Secret Squirrel, which puts on immersive theatre shows and activations. Its biggest and best-known arm is Underground Cinema Australia, which puts on immersive cinema experiences. Audiences rock up with only a vague theme, dress code and location, then interact with actors and complete tasks to achieve various missions. The events conclude with a screening of the film. The company's first film was a French documentary about parkour, and Underground Cinema hired parkour practitioners from around Melbourne. "We put up scaffolding all around the building, and then before the film we had this intense, insane parkour show, with all these parkour artists doing flips and jumps and insane stuff that most people hadn't seen up live. And so we were immersed in that world." 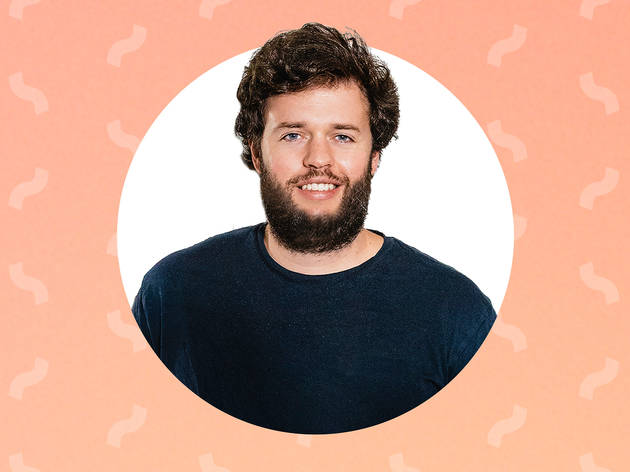 When Bluethumb was founded, traditional galleries were unimpressed with the idea of an online space to buy and sell Australian art. “I would say they still are,” laughs George Hartley, one of the three co-founders of Bluethumb. As a digital marketplace for art, Bluethumb is something of a maverick – for years, galleries have been the gatekeepers of the commercial art trade, picking and choosing who to represent, and therefore who is able to pursue a career as an artist. “[Bluethumb] is democratising art,” says Hartley. “It’s letting anyone build and grow an art career.”

The idea for an online art gallery is so devilishly simple that it’s almost hard to believe that Bluethumb was only started in 2012. Hartley was familiar with similar online creative platforms like SoundCloud through his then work as a musician, and when that career pathway didn’t work out, a pivot to computer science and app development, as well as teaming up with his brother Edward, eventually led to the creation of Bluethumb. “As a musician, I just had this incredible experience using SoundCloud to run my whole career,” Hartley says. “And so we were like, why not? Why not build SoundCloud for art?” That’s exactly what they did, and Bluethumb now represents more than 11,000 artists (and around 300,000 artworks) across Australia. 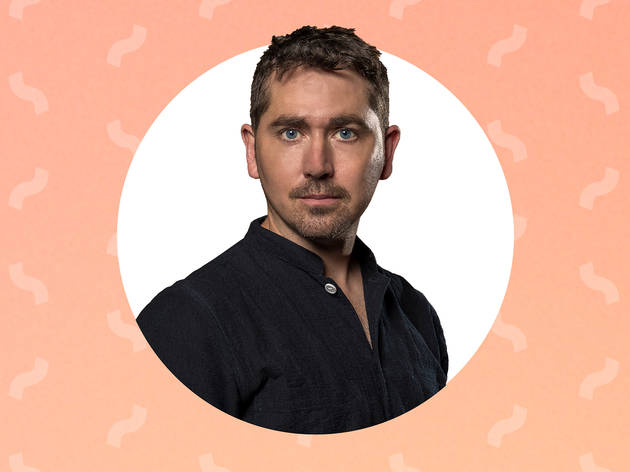 The world of theatre is changing – at least according to Matthew Lutton. “There’s a change happening in theatre companies themselves having to acknowledge that you can’t just make one type of theatre. Because one type of theatre generates one type of audience,” he says. Appointed in 2015 as Malthouse’s youngest artistic director (as well as the youngest director of any theatre company in Australia at the time), Lutton has carved a career marked by an embrace of change.

At Malthouse that means forging theatre that is equal parts “provocation and entertainment”, with a vision that doesn’t so much step outside the square, as it is yanked off the stage with a vaudeville hook. “We embrace the idea of an eclectic, theatrical spectrum and that there's many different types of theatre. Hence, we use many different spaces for the outdoors, indoors and different art forms, ”Lutton says. Malthouse isn’t just offering a show where you sit down and enjoy two acts and an interval – it’s about theatre, music, dance and immersive performances. “These are all the wide variety of types of theatre experiences that can be created, and that we can offer them all in one place.” 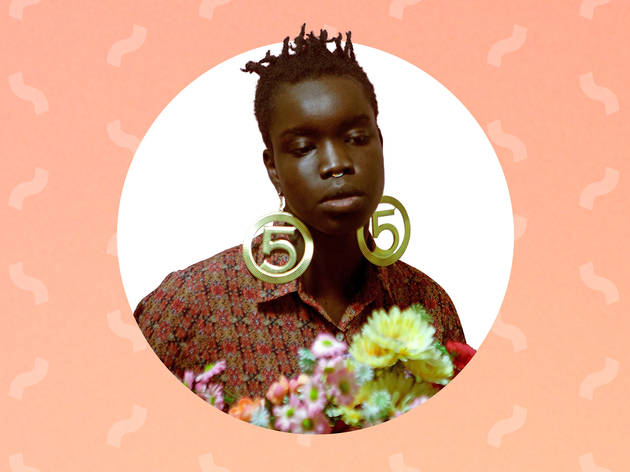 Atong Atem is a South Sudanese visual artist and writer who was born in Ethiopia and migrated to Australia as a child. Her work explores the experiences of young immigrants, postcolonial practices in the diaspora, the relationship between public and private spaces and identity through portraiture.

She began to exhibit her photography in 2016, the same year she was awarded the Melt Portrait Prize at the Brisbane Powerhouse. Since that time, she has participated in several group exhibitions, held five solo shows, and been awarded the NGV + Mecca Cosmetica M-power Grant in 2017, and the Light Work New York artist residency in 2018. 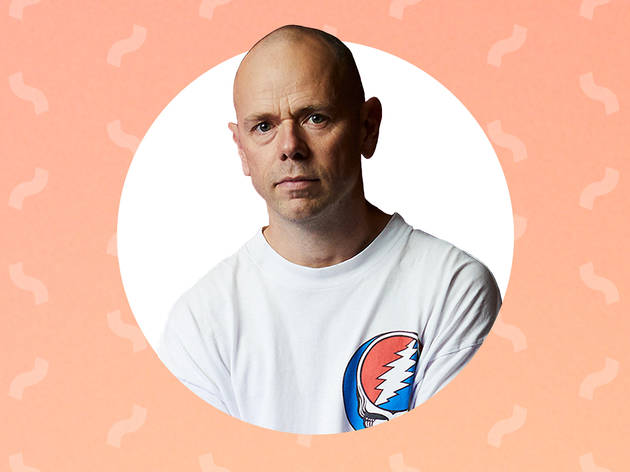 So you think you can dance. You know what, it doesn’t even matter what you think, because Chunky Move’s artistic director Antony Hamilton thinks you can. “We want everyone in the general public to feel that Chunky Move is for them,” he says. “There's something that it can offer everyone.”

Hamilton signed on as the dance company’s artistic director in 2019, but his association with Chunky Move stretches around two decades. And once he took the creative reins, Hamilton made it a priority to champion a model of collective leadership. That is, making sure as many artists as possible have the opportunity to present works. And it’s a vision realised in the output of works that Chunky Move has been commissioning, committing to two small-scale commissions per year – but in fact achieving four such works this year and three last year. Yes, even under lockdown, taking performances from the live stage into the digital realm. “We do spend a huge portion of our creative budget on other artists’ work,” says Hamilton. “In order to amplify the voices of many, what we've chosen to do is lots of smaller activities, rather than a couple of big things.”

Read about more of our Future Shapers 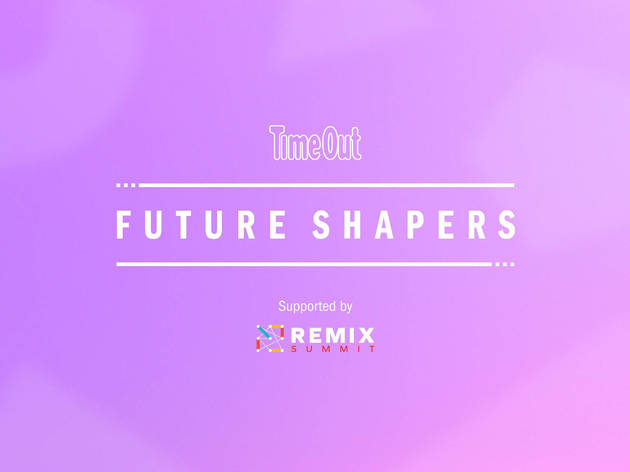 Time Out is celebrating the individuals and organisations making lasting change in the city's arts, civics, sustainability, food and drink, and community and culture sectors.