Things to do North Melbourne 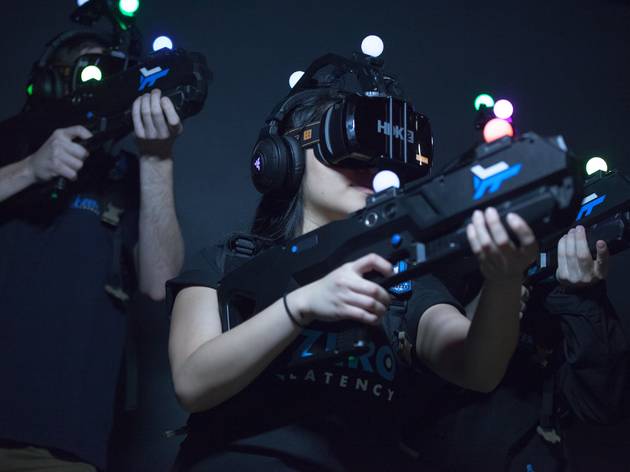 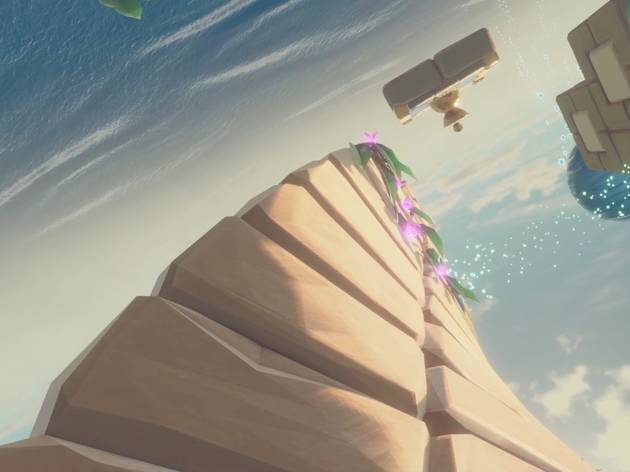 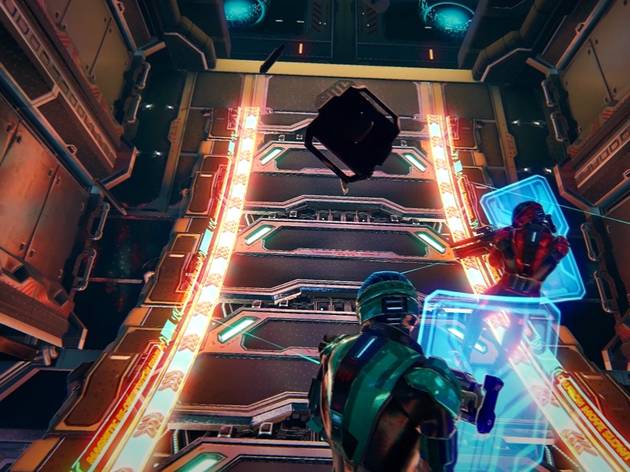 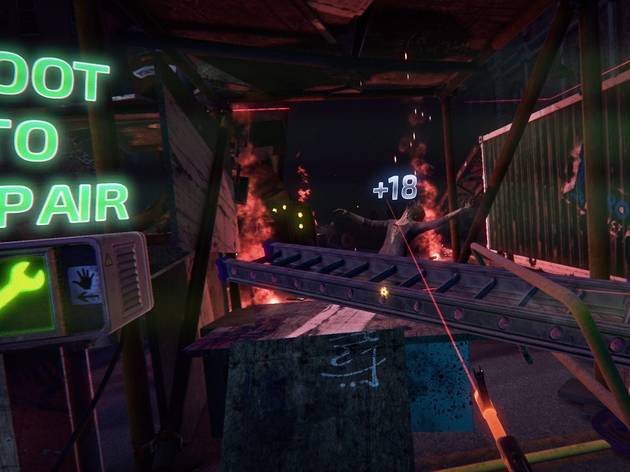 Team up to take down zombies at the world's first multiplayer, free-roam virtual reality arcade

In the zombie apocalypse, it pays to watch your back. That's the valuable life lesson I walk away with following my session at Zero Latency, a virtual reality gaming arcade in North Melbourne.

Today, I'm trying out Zombie Survival, a 'hold the fort' style game in which players must resist waves of zombie attacks while waiting to be evacuated to safety. With rifle in hand, I'm expertly lining up headshots from a safe distance when my display flashes red. I'm taking damage; but from where? I wheel around and find myself nose to decaying nose with two reanimated corpses, their eyes glowing a radioactive green.

Startled, I leap backwards and fire off several shots, forgetting in my panic to pump the weapon between rounds to reload. I pull the trigger over and over, achieving nothing, as the dead close in. Swiftly, and not for the first time, I die a groan-inducing digital death.

As my avatar reloads, I feel a sliver of embarrassment creep into my cheeks, aware that I must look at least faintly ridiculous to the gamesmaster, who observes from the sidelines and makes sure the gameplay progresses smoothly. Then, one of my fellow gamers lets out a shriek of fear as her position is overrun and I think, "Well, at least I didn’t scream."

Zero Latency is a marvel. The entire experience takes place across 400sqm of flat, empty warehouse space, upon which gamers tread with headsets, backpacks and weapons. Through in-game prompts and trickery, players can actually walk upwards of one kilometre back and forth through the warehouse without hitting a wall. When you do stray too close to a wall, your headset display prompts you to step backwards. When you die, you're forced to sit out for 10 seconds while your avatar reloads – just enough time to catch your breath and rethink your prepardness for the end of the world.

Since opening in Melbourne in 2015, Zero Latency has expanded to locations including Brisbane, Tokyo, Madrid, Boston and Las Vegas. Their current game line-up includes Zombie Survival and Zombie Outbreak, a 45-minute journey through an apocalyptic urban landscape overrun with undead. There's also sci-fi shooter Singularity, where players investigate a space station that has mysteriously gone dark; and the puzzle game Engineerium, whose gravity-defying physics will make your knees buckle.

The gameplay is astonishingly immersive, so much so that overwhelmed players have been known to quit mid-game (the staff appear to take this as a compliment). More importantly, the games are legitimately fun, especially when accompanied by a little friendly banter: players communicate through microphones during the game, and each person receives an email with their number of kills, headshots and deaths relative to their teammates afterwards.

After a successful escape from zombie hell, I am chuffed to discover that I have topped my game with 153 kills, including 104 headshots. "Not bad," I think… then I notice the daily leaderboard, where I'm trailing today's pacesetter by almost 300 kills. In the zombie apocalypse, I want to be on that guy's side.

Watch the trailer for Zombie Outbreak below: