You can celebrate Columbus Day 2018 in NYC, or not. The U.S. holiday doesn’t have to be about, y’know, the first European who discovered America (more or less). Certain states celebrate Indigenous Peoples’ Day. But some people in New York spend the day at one of the largest NYC events in October, which celebrates Italian-American culture: The Columbus Day Parade and Festival. More than 35,000 marchers and groups participate in the event along Fifth Avenue.

The Columbus Day Parade has received backlash over the years as it is historically proven that the man of the hour led the oppression and genocide of indigenous people. Last year, Mayor Bill de Blasio ordered a 90-day review of the city's historical attractions and monuments that could be seen as “symbols of hate,” but the consensus was to keep NYC’s Christopher Columbus statue in place while adding more context to the plaque on the monument. If you want to know more about the parade and where you can go to learn more about Native American art and culture, then read on. Or maybe you just want to spend the day eating Italian food? Live your life!

RECOMMENDED: Best things to do in fall in New York

When is Columbus Day?

What is Columbus Day?

Columbus Day refers to when Christopher Columbus landed in America. Technically, he arrived on October 12, 1492, but since 1970, the United States has observed the occasion on the second Monday of every October. In New York, the holiday is dedicated to celebrating Italian-American heritage. In other states, Christopher Columbus is not celebrated at all. Instead, it's reimagined as Indigenous Peoples' Day drawing attention to the historical truths relating to the genocide and oppression of indigenous people. There are several exhibitions highlighting Native American artwork that would be good to visit during this day in NYC. Read more about them here.

When is the Columbus Day Parade in NYC?

The Columbus Day Parade is held on October 8, 2018 at 11:30am. This year, the procession is led by Grand Marshal Guy Chiarello, President of First Data Corporation.

Where is the Columbus Day Parade in NYC?

The parade marches up Fifth Avenue from 44th to 72nd Sts. 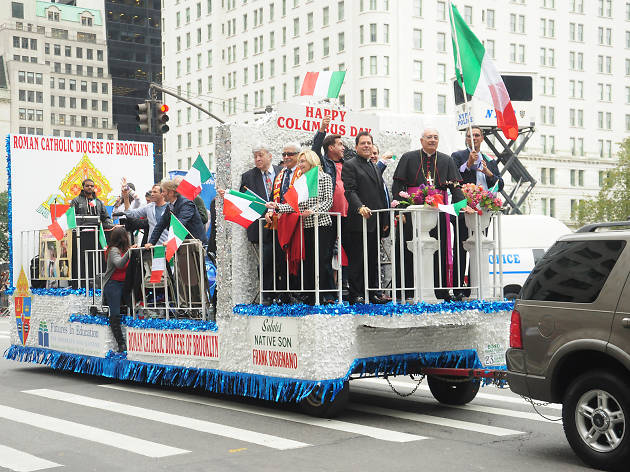 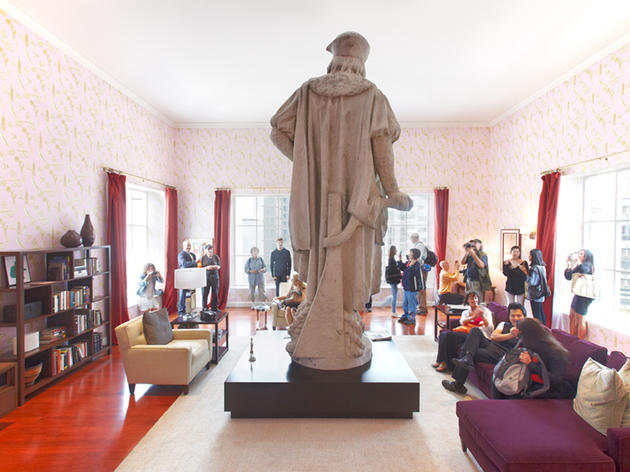