From gut-wrenching dramas to foreign faves, these movies are the crème de la crème of this year’s New York Film Festival

The crisp fall air means only one thing to serious film lovers: The season of dumbed-down summer movies and blockbusters is over, and we can start using our brains again. This year marks the 54th annual edition of the open-to-the-public New York Film Festival, the high point of NYC’s cinema calendar, which presents a lineup of 25 cutting-edge “main slate” features and movie screenings, along with documentaries, Q&As and other sidebar goodies. Where to begin? We’ve put in the viewing hours so you don’t have to waste yours. Here, in alphabetical order, are the 10 best movies to see at the 2016 New York Film Festival. 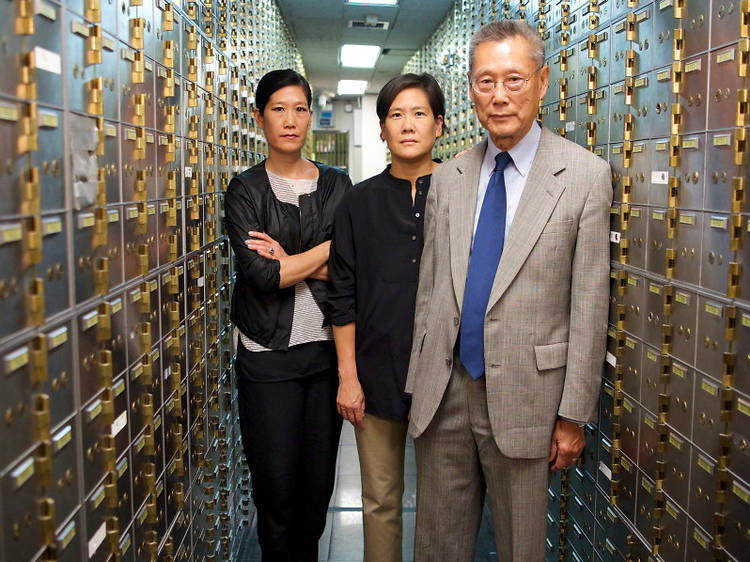 Why did virtually all the big banks get off after the housing bubble burst in 2008? No matter how many times we ask, it’s still a rage-inducing question. Actually, one company didn’t get off scot-free: A family-run Chinese-American firm, Abacus Federal Savings Bank, became a scapegoat in the wake of larger criminality. Director Steve James (of the mighty Hoop Dreams) explores the bank’s idealistic origins on behalf of racially persecuted loan applicants, most of them living in NYC’s Chinatown. Throughout his scrappy story, there’s also a winning sense of humor that shows the spunk of people not used to being pushed around. 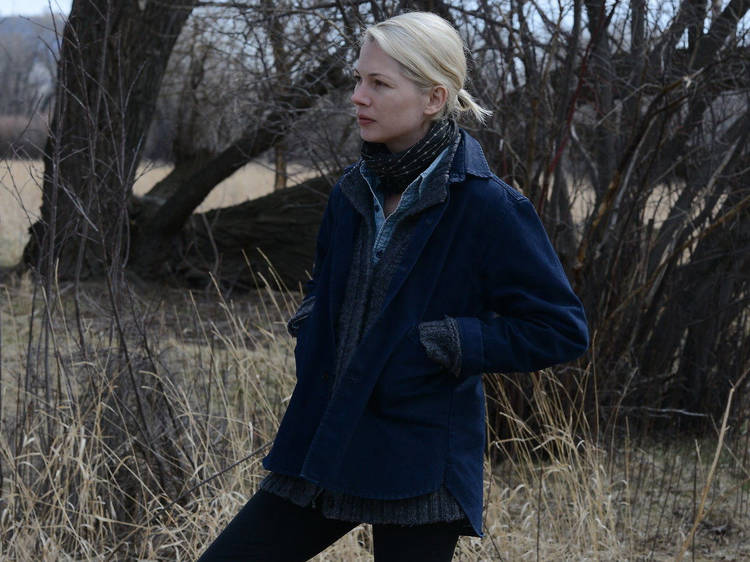 Director Kelly Reichardt has made a quiet, insistent signature of telling personal stories from the fringe. Old Joy, her 2006 breakthrough, was a tale of two old friends on a mountain hike, alienated by time and changing priorities. Meek’s Cutoff was that rare thing: a revisionist Western with women behind the trigger. And the Michelle Williams–starring Wendy and Lucy, a favorite of all dog lovers, was a sharp portrait of recession-era desperation. Reichardt’s new film—a three-part Raymond Carver–esque drama—obliquely touches on all of these threads, demonstrating the director’s keenness and one-of-a-kind sympathy for outsiders. 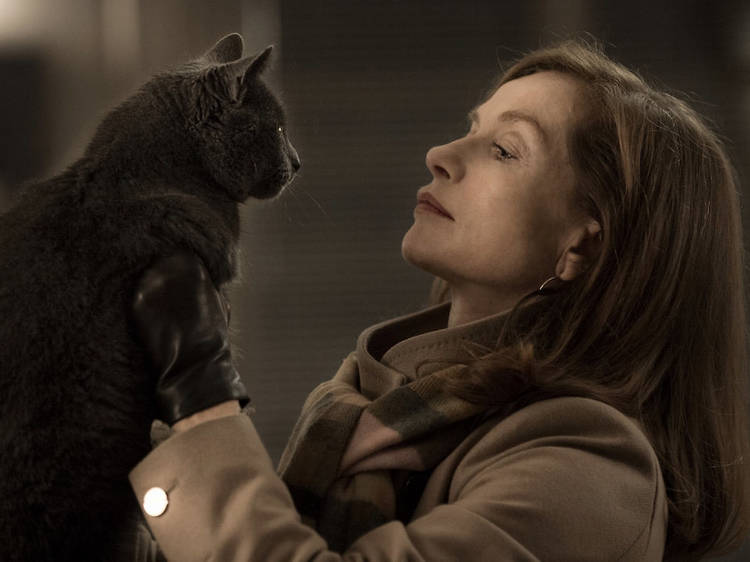 Because of RoboCop, Starship Troopers and Showgirls, Paul Verhoeven will always be associated with Hollywood’s subversive, sexy and silly side. (We say that with love.) But the Dutch director is also responsible for some radically empowered female performances: Sharon Stone’s vaguely amused man-eater in Basic Instinct, Carice van Houten’s unscrupulous World War II survivor in Black Book and now the protagonist of his latest movie, played by the frosty, effortlessly commanding Isabelle Huppert. In Elle, the French icon plays a video-game designer who refuses to become a victim after a home invader sexually assaults her. The film is icky, provocative and unforgettable. 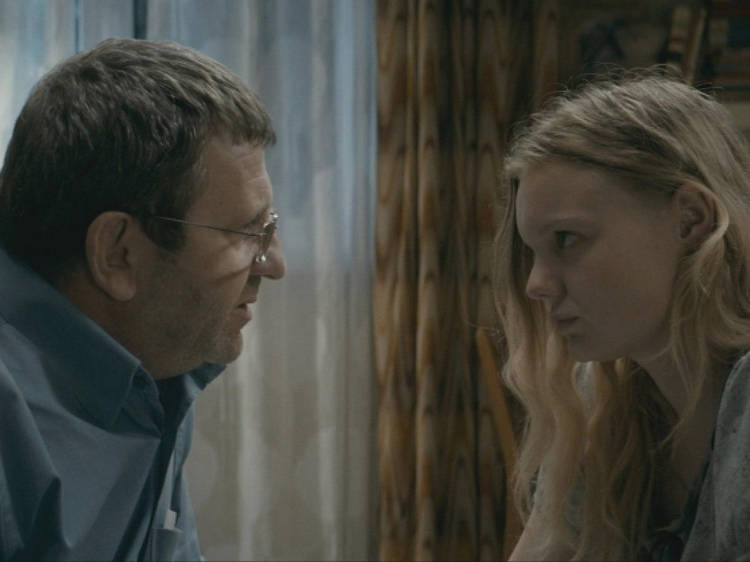 Romeo (Adrian Titieni), an unhappily married physician, has made plenty of mistakes in his own life, but his university-bound daughter isn’t one of them. She’s won a scholarship to Cambridge and only needs to pass her high-school final exams, more a formality than a real challenge. But when her concentration is bobbled by an incident beyond her control, who can blame the father for trying to fix the situation—even if that means interfering in the school’s testing system? Similar to his masterful 4 Months, 3 Weeks and 2 Days, Romanian filmmaker Cristian Mungiu’s latest has plenty of ethical compromise to go around. 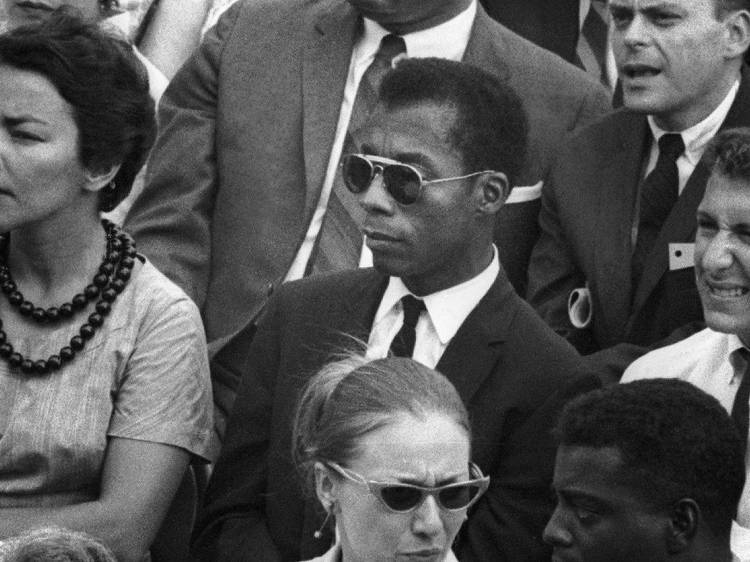 The NYFF’s most powerful race-related documentary, Raoul Peck’s six-years-in-the-making tapestry, is inspired by 30 pages from James Baldwin’s unfinished final book, Remember This House. Before his 1987 death, the author intended to tell the story of being black in America through the lives—and deaths—of three of his friends: activist Medgar Evers, Malcolm X and Martin Luther King Jr. Peck does a magnificent job of honoring Baldwin’s concept, counterposing Civil Rights–era footage with bruising clips from today. And bringing a sense of gravitas to Baldwin’s words is Samuel L. Jackson, whose decidedly nonfurious narration is his finest performance, bar none. 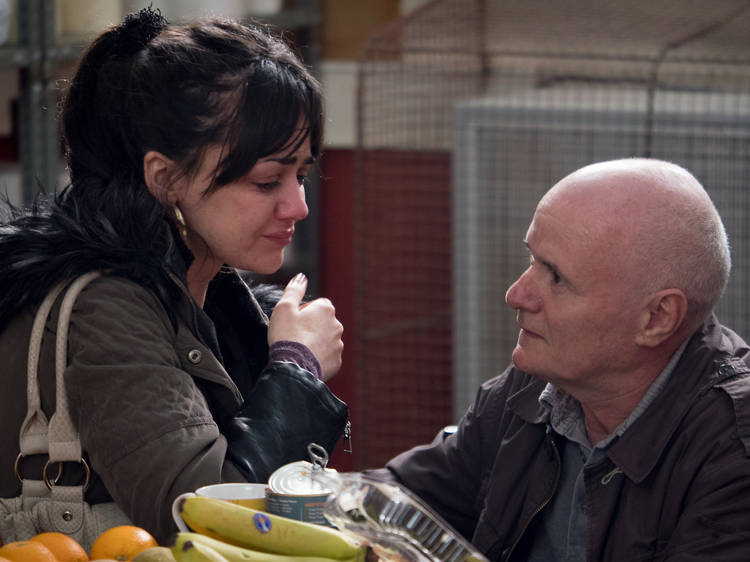 Ken Loach’s socially enraged drama, a worthy winner at Cannes Film Festival last May, has a proud character at its core: a North England construction worker (Dave Johns) in his late fifties approaching obsolescence. He’s back on his feet after suffering a heart attack, yet bureaucratic red tape has placed his health benefits in limbo. And still, Daniel Blake fights the power (in scenes that will make your audience stand up and roar) while reaching out to others in an awakening-of-the-soul film suffused with the virtue of helping those less fortunate. 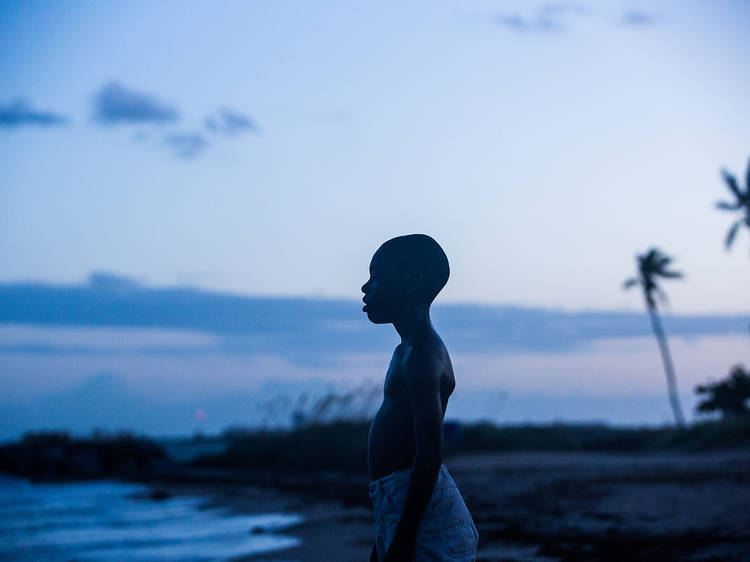 A film with a lovely title but a seething unease at its core, Barry Jenkins’s drama traces the coming-of-age of one lonely black boy living in an unglamorous part of Miami. His mom is a crack addict, and the school bullies aren’t especially comforting either. Jenkins casts three different actors in the central role, each of them exquisite at capturing the confusion of growing up gay in a community that has little acceptance for it. Moonlight channels some of the private ache of Brokeback Mountain, but it’s a triumph of its own stripe, especially in its final stirring and seductive moments. 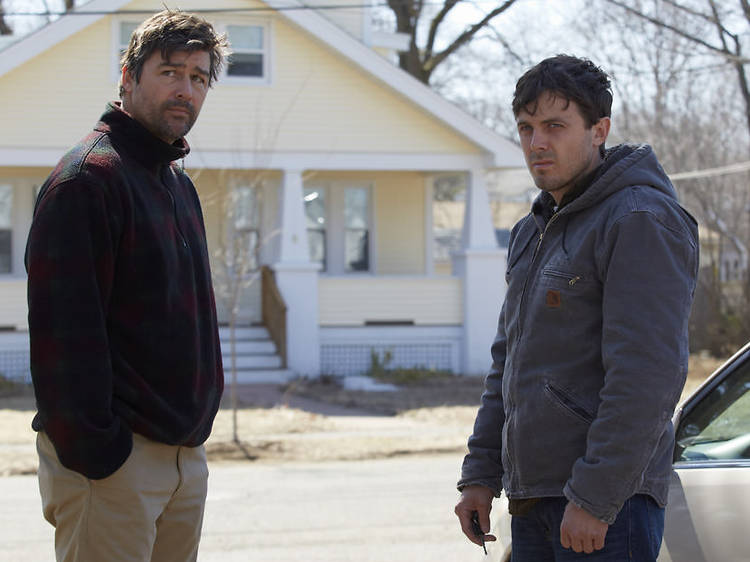 8. Manchester by the Sea

The devastating Sundance Film Festival sensation, a masterpiece of grief and subtle rebirth, rolls on to an awards season it will almost certainly dominate. You want to be a part of the first New York audiences to see this film and watch Bronx-born writer-director Kenneth Lonergan (You Can Count on Me) join the top rank of American filmmakers. To preserve the experience, we’ll tell you only what’s necessary: Casey Affleck, in a burning performance that stands with the best work of Marlon Brando, plays a Boston janitor and loner. His hollowed-out eyes tell you he once had a lot more. Over time, we get to know the details. 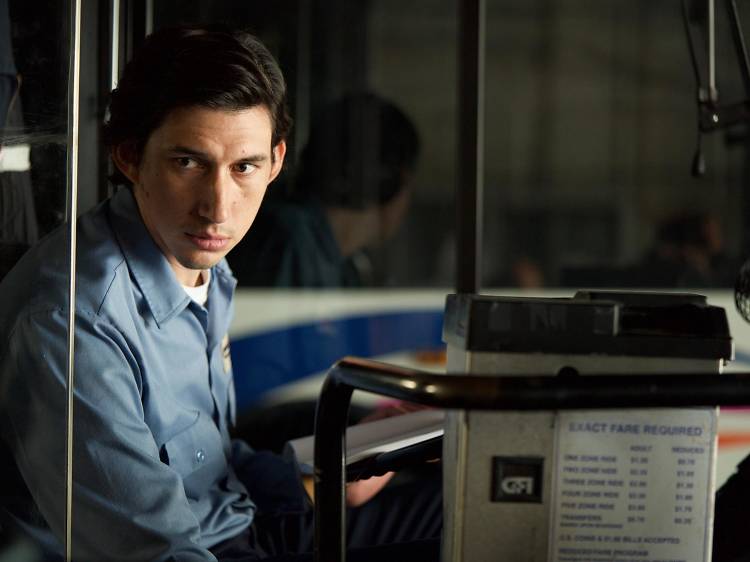 There’s something perfect about Jim Jarmusch, New York’s ageless king of downtown cool, and Adam Driver, a walking, talking indie film himself, teaming up for a movie. Paterson, however, transcends even the highest of expectations: It’s the lovely, loosely plotted story of a bus driver (Driver) who privately writes poetry, sometimes on the job. His scribbled verse fills Jarmusch’s frame in onscreen text, an elegant gesture the director employed in this film’s spiritual cousin, Ghost Dog: The Way of the Samurai. As ever, Jarmusch celebrates personal expression and the interconnectivity of unlikely fellow travelers. 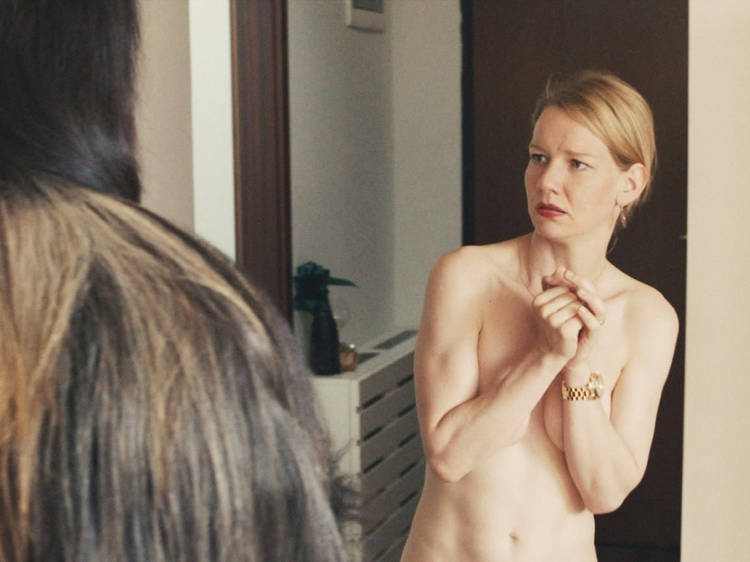 The nation of Germany isn’t known for comedy, but that could change, thanks to Maren Ade’s magical film. Toni Erdmann is as riotous and wise as any movie you’ll see this year. In the estranged daughter-father drama, Ines is a workaholic businesswoman who might be misspending her life on a heartless company she hates, and her dad is a practical joker who decides to don a wig and false teeth and make an intervention. Toni Erdmann features a killer karaoke version of “Greatest Love of All,” but it’s also about one of the most important questions the movies can ask: How do we stay young?

Looking for more movies to see? 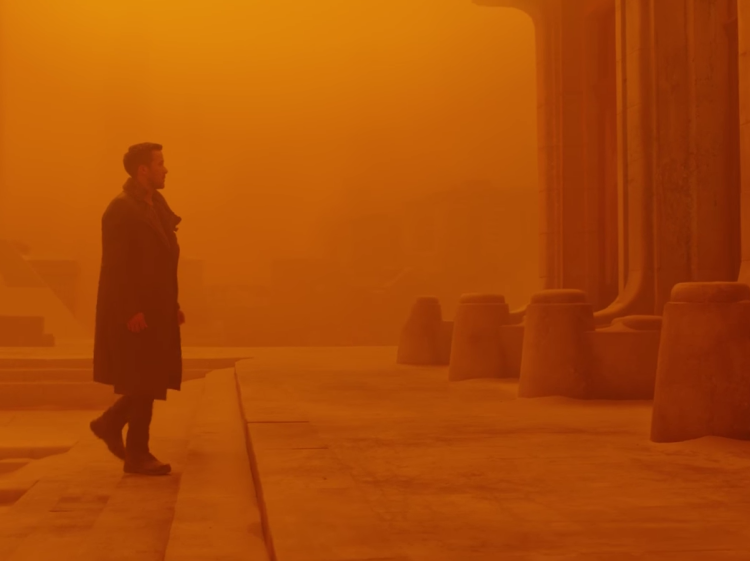 From delicate indies to big-budget sci-fi dystopias, these are the films everyone will be talking about