Sing along from home at NYC's beloved piano bar.

The show tunes are going on at Marie's Crisis. And everyone at home can sing along.

The coronavirus crisis has forced the beloved West Village piano bar to close its doors for now. But in a typical display of communal spirit, the Marie's Crisis staff is soldiering on. Every night on the Facebook page Maries Group, the talented pianists who would normally be playing at the bar are live-streaming their sets to audiences at home. All you need to do to be part of the nightly festivities is apply to join the group, which is currently accepting all applicants.

After taking a few weeks off at the start of the fall, the Marie's staff is returning to virtual service starting on Monday, October 12.

Marie's has been a New York institution for as long as anyone can remember. It doesn't look like much: a small, crowded basement on Grove Street, with colored lights strung from the ceiling and portraits of Broadway's greatest divas on the walls. But the place has bona fide history. (Revolutionary War pamphleteer Thomas Paine once lived in the building!) One of the city's rare remaining refuges for group singing of show tunes around a piano, it is a second home to some of New York's most fervent musical-theater devotees. It's a parallel-universe Cheers, where everybody knows not only your name but also the complete score to Little Shop of Horrors.

RECOMMENDED: You can still catch live music at these NYC piano bars

In the virtual version of Marie's, the pianists' shifts are earlier than they would be under normal circumstances. The first shifts run from roughly 4pm to 7pm on weekdays; the second shifts go from about 7pm to 9:30pm. On Saturday nights, the schedule usually moves a bit later. The pianists play for hours at a time, taking requests for tunes you'd like to hear and helping to create a sense of shared song. "I treat it as a hybrid of a club act and a sing-along," says pianist Brandon James Gwinn, who normally plays on Mondays and Fridays. "Most of the regulars I've gotten feedback from say that they're singing along."

In recent years Marie's has emerged as one of NYC's essential destinations for tourists seeking an authentic old-school NYC experience, so it's not just Marie's habitués who are joining the online fun. "A lot of folks aren't from New York," says Gwinn. "They only come to Marie's when they visit, and they're thrilled to have access to us from their homes around the country."

The result is a nightly oasis of joy. "It has really rallied our little community together," says pianist Kenney Green, who plays on Wednesdays and Fridays. "People from around the world are thanking us for providing levity at a crucial time."

Below is the current schedule for the virtual Marie's Crisis piano bar—along with their Venmo addresses, so you can tip them while you watch. Since many of these artists have no other sources of income right now, please be as generous as you can. Times is hard. Times is hard.

RECOMMENDED: Our day-by-day guide to the best live theater, opera, dance and cabaret you can watch from home today 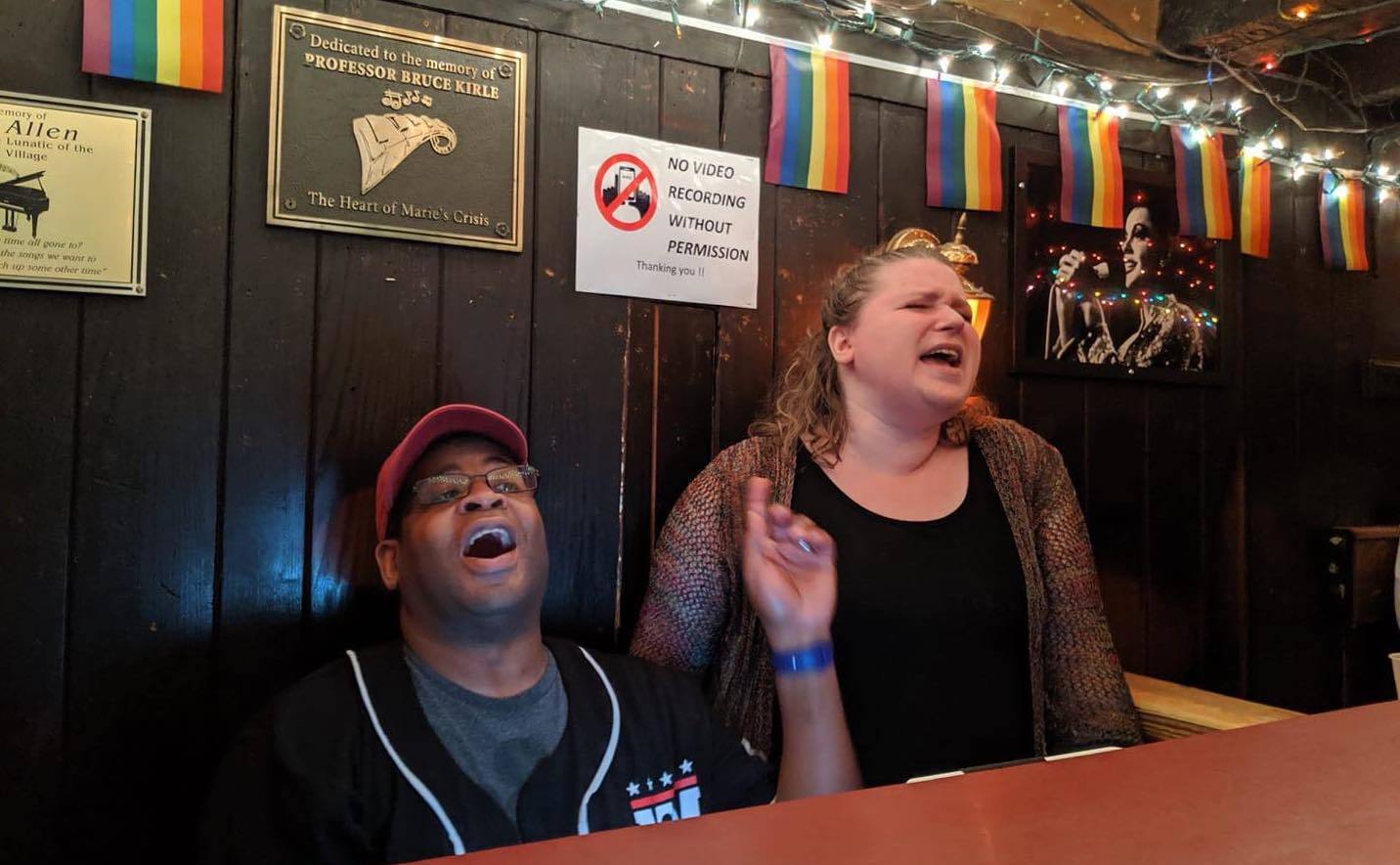