Whether you want to take a break from shopping to refuel with an inexpensive bite, line your stomach before hitting the local bars (or soak up the damage afterwards), there are plenty of cheap eats in the neighborhood. Feast on everything from superlative lox on a bagel to nouveau Chinese food for less than $15. 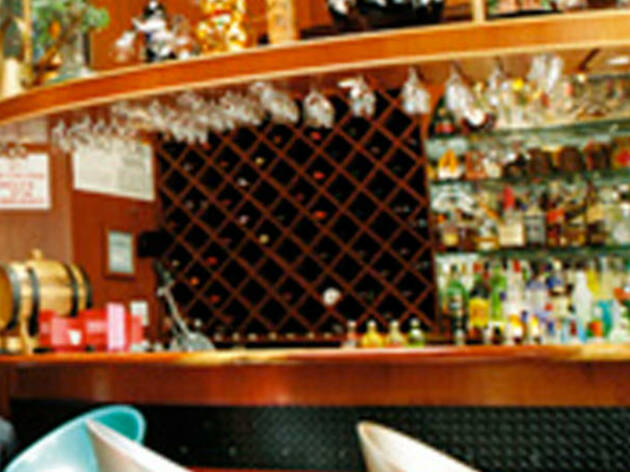 There is comfort (and folk-medicinal healing properties) in congee, the Cantonese rice porridge that is the focus at this multilevel, always-packed LES standby. Choose among 29 versions—like the sliced pork with preserved egg, or chicken with black mushrooms, cooked over a low fire until bubbling. The rest of the expansive menu yields such finds as tender razor clams in black-bean sauce and impeccably fresh crabs. 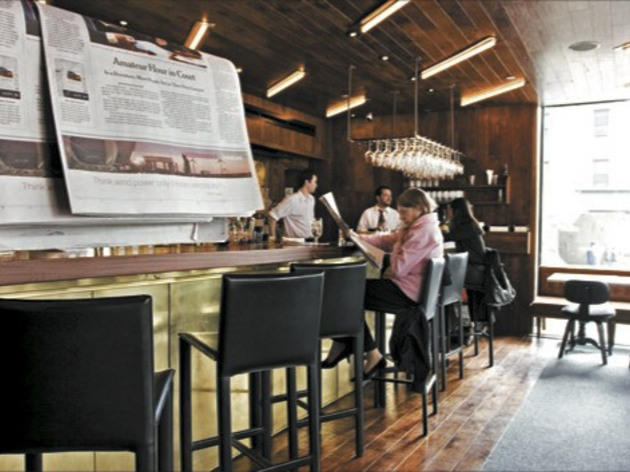 Friends gather at this LES haven and its sister spots, always abuzz with chatter, to share great food and affordable wine. The truffled-egg toast is the signature dish, but salads and antipasti (tender grilled calamari with borlotti beans and fennel; dense, delicious meatballs) are equally compelling when paired with a bottle from the list of small-producer Italian wines. The tables are tightly packed—diners seeking privacy can gather six or more friends and reserve a seat in the downstairs wine cellar. At the Flatiron location, in addition to the usual panini, there are top-notch pastas (al dente calamari-like loops tossed with mussels, tomato and fennel), skewered meats and hearty mains (juicy chicken with chunky panzanella salad). 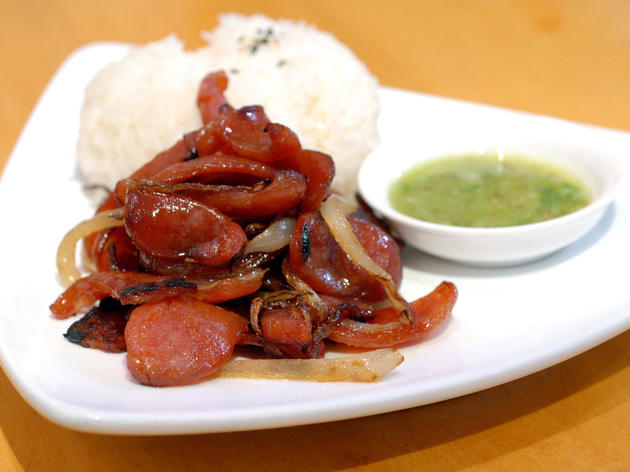 A clandestine second-floor location makes this dinner-only spot feel like a true find. Chef King Phojanakong channels his culinary pedigree (including stints at Daniel and Danube), along with his Thai and Filipino heritage, into elegantly presented small plates, such as an omelette studded with plump Washington Bay oysters, and hunks of seared ahi tuna luxuriating in a spicy miso vinaigrette. Desserts like the coconut ginger rice pudding, and a custardy twist on key lime pie made with kalamansi, might inspire you to keep your discovery close to your vest. 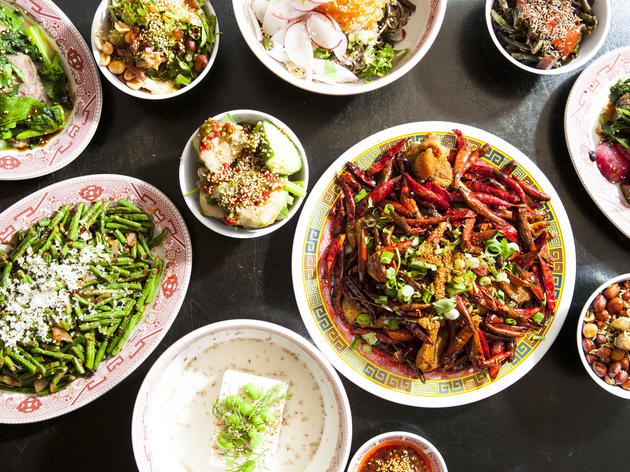 Some of the hottest restaurants in the country these days came from the most humble beginnings, sprung from trucks, carts and fleeting pop-ups. San Francisco’s Mission Chinese Food, for example, can trace its roots to a different concept called Mission Street Food. That venture started on four wheels before occupying a cheap Chinese restaurant—a temporary shell that eventually became a permanent home for Mission Chinese Food in 2010. There, behind a run-down facade, head chef Danny Bowien served some of the most interesting food in that restaurant-mad city, blending artisanal ingredients and a nose-to-tail sensibility into a fiery brand of affordable, auteur Chinese cuisine. Even before he touched down in New York, Bowien had blown up as a national star, his West Coast restaurant breathlessly documented in glossy magazines, travel shows and Twitter feeds. So it follows that when he brought a version of Mission Chinese to New York’s Lower East Side last month, the food cognoscenti were quick to flood the place. To visit the restaurant right now is to witness a cross section of food-world first responders crowding the sidewalk out front—bloggers, editors and off-duty chefs enduring two-hour waits for a table along with everyone else, fueled by the complimentary keg of cheap beer just inside the door. In fact, the crowd is the only sign that there’s something stirring on this stretch of Orchard Street. The stealthy exterior looks for the world like a tumbledown Chinese takeout j 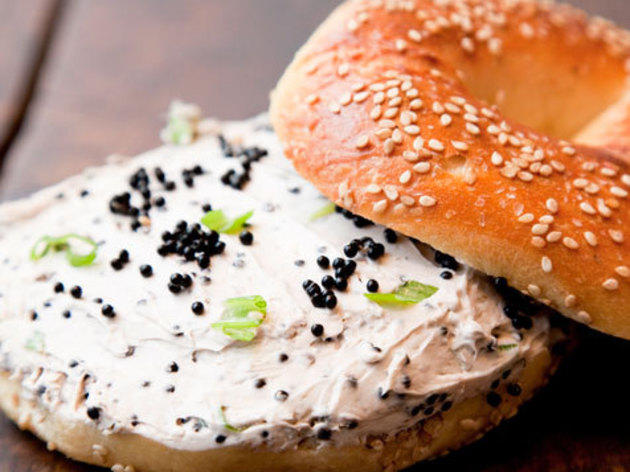 Russ & Daughters has been serving lox, herring and other specialty foods since 1914. 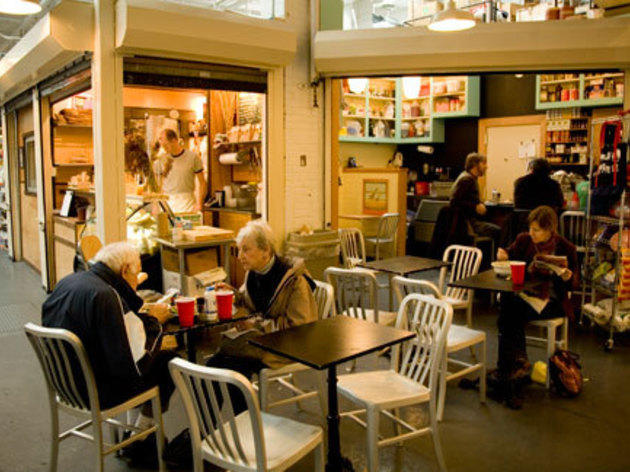 The legendary eatery has relocated from the West Village to the LES, but still churns out kitchen-sink dishes for a 12-year-old’s palate, such as pumpkin-pistachio–peanut-butter–cinnamon pancakes and chicken-burrito soup. Diners marvel at the wacky fare on a 200-item menu and then bide their time; many sit on the floor while waiting for one of 20 seats. Bizarro brilliance can be found in salty, toothsome macaroni-and-cheese pancakes and habanero-spiced fried chicken, but some offerings (like the Che—poached eggs over a quesadilla) should be avoided at all costs. 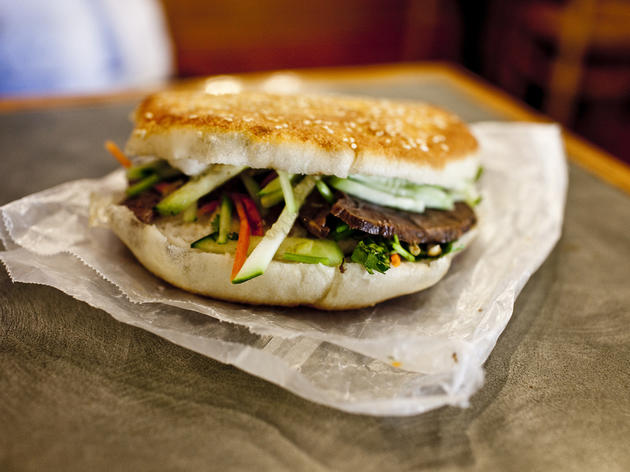 As diminutive as its namesake nibbles, this pot-sticker pit stop with just a few seats serves five chive-and-pork dumplings, fried or steamed, for a buck. If you want them vegetarian, you’ll have to splurge and spend $2, but then you get eight of the tasty morsels. Fifty cents buys a sesame pancake the size of a pizza wedge. Even on rainy nights, a motley throng of Lower East Siders and Chinatown moms overflows onto the street, congregating below the cupola-shaped awning to order from the street-side window. 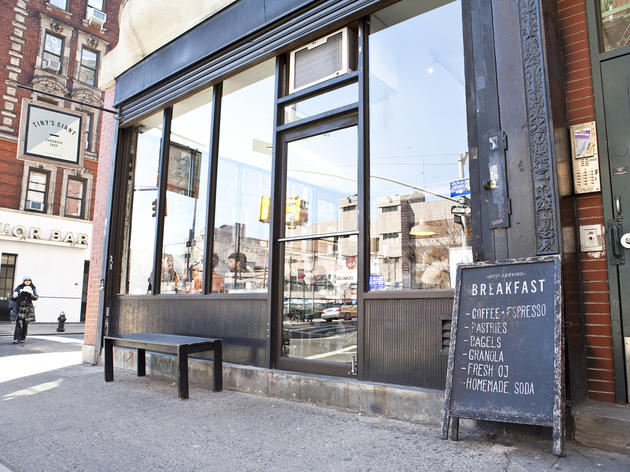 A veggie cheesesteak? It does exist, and you can find it at this laid-back LES joint. Their Silly Philly piles sliced Portobello mushrooms, sautéed onions and melted provolone atop a toasted sesame semolina roll. 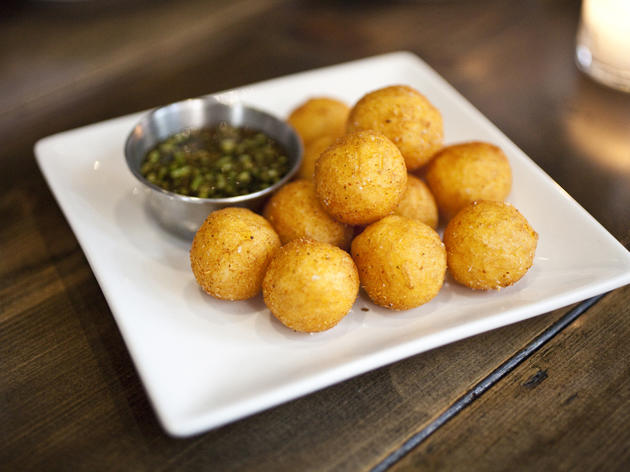 The quaint era when Americanized Indian and Thai food passed for exotic gave way long ago to more authentic regionalization. Oaxacan, Isaan Thai and South Indian spots are the new norm in New York, featuring flavors that tend to rock our perceptions of their countries’ cuisines. Chinese food, too, has made a specialized shift to tongue-numbing Szechuan, lamb-centric Xian and snacky Shanghai cuisine.