Salads are more labor intensive than they’re typically given credit for. Maybe it’s because of the proliferation of NYC’s Rube Goldberg-esque work lunch salad spots that spin out 108-ingredient bowls in under a minute. But, absent a dedicated assembly line, I laugh at the common de facto dismissal that anything is “just a salad.” I make them at home a lot, and they take forever, but then I do toast the pepitas so maybe that’s on me. Anyway, several times a week, I am literally a woman laughing alone with salad.

The celery Victor with anchovy and parmesan ($16) at Inga’s Bar, which opened in Brooklyn Heights last month, is not just a salad. Credited to the French chef Victor Hirtzler at the San Francisco St. Francis Hotel circa 1910, its base is a bed of marvelous celery hearts typically marinated in a non-vegetarian stock and married to anchovies. Inga’s gets that primary ingredient just right, landing on a texture to please celery devotees and dissenters alike, topping the marvelous melange with wonderfully rough bits of cheese. The whole lovely plate is imbued with the essence of those slivery fish. Though you might not spear one of the tiny suckers, their inimitable presence is abundant. Remember how Via Carota’s salad became a whole thing? I predict a similar outcome here.

Inga’s short rib dish ($30) is also imbued with flavor, but, where the salad sings, this is one note. It looks promising enough, with meat pulling apart with the flick of a fork atop a cloud of mashed potatoes, but the whole plate is suffused with salt. The prickly flavor is a disappointing surprise considering how expertly executed the plate’s parts are otherwise. It seems to be the kitchen’s only miss. The fantastic fisherman’s stew ($27) is much brighter, plump cockles, mussels and hake swimming in a zippy red broth. And smaller plates like the duck poutine croquettes ($12) and bacon-wrapped country pâté ($17) are first class bar food.

This whole place looks and feels like it sprung fully formed from an idealized version of the neighborhood. It’s on a picturesque little corner of northwest Brooklyn Heights previously occupied by Jack the Horse Tavern, with new owners designer Caron Callahan and James Beard award-nominated chef Sean Rembold (Marlow & Sons, Reynard) at the helm. It’s still recognizable from the previous iteration, but there’s a new polish over the place that gives its hardwood floors, exposed brick and tin ceiling a warm, shabby-chic glow. The roomy dining room is right through the door and a handsome bar that looks like it could have inspired an Edward Hopper painting is in an alcove off to the side. The atmosphere lands on the frequent telegenic brownstone Brooklyn style target where others fall flat into cartoony territory.

That modestly recessed arrangement lends the bar its own destination designation. Its cozy and feels private in the wonderfully strange way sitting shoulder to shoulder with strangers always does. The cocktails are excellent and simply presented. The Romance Language ($14), made with tequila and French and Italian vermouth, is one of the best. It's served in a seamless rocks glass and looks like an especially cold cup of water. Lightly perfumed, it’s perky and smooth at once and, maybe like a salad, deceptively simple. I’ve thought about that cocktail an unreasonable number of times since visiting and only just realized it’s because seeing something so plain is becoming less common at new restaurants. I love a novelty cocktail, too–stick a sprinkler in there, serve it in a shoe, anything goes!–but this one is so uninteresting to behold it almost seems radical. Like it’s just a drink, that happens to be very good.

The Vibe: Charming, warm and stylish in a classic Brooklyn fashion with a personality of its own. Great, somebody’s dad-type music (“Dirty Work!” “Peg!” Probably other Steely Dan songs!) fills the air.

The Food: The celery Victor with anchovy and parmesan and the fisherman’s stew are sensational. Avoid the deeply salty short rib.

The Drinks: Terrific cocktails like the tequila-based Romance Language, gin Epilogue and bourbon Cardinal Sin, plus wine and beer.

Time Out Tip: This is the rare great new restaurant where reservations are still easily had. That will change soon.

Inga’s Bar is located at 66 Hicks Street and is open Wednesday-Sunday from 5pm. 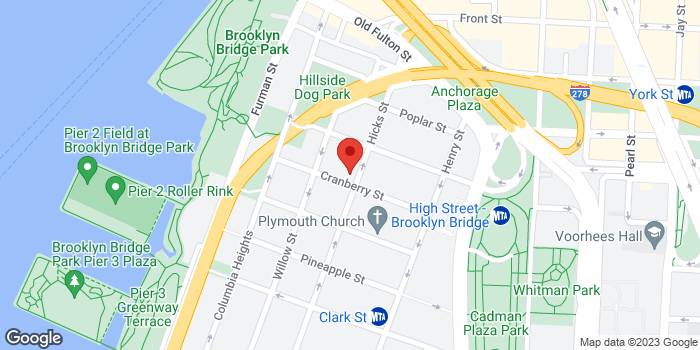