The year is nearly over (or, depending on when you read this, a new year has begun) and everyone has filed their best-of-the-year lists. The spring looms ahead, and with it the race for the Tony Awards. This seems like a good time to salute some performers—many of whom you may not know—who really broke through this year. Some are currently appearing in NYC’s best Broadway shows, the sort of offerings that have led us to call this a Golden Age for Broadway; others shone Off Broadway. They’re all winners.

Breakout performances on Broadway and Off in 2016 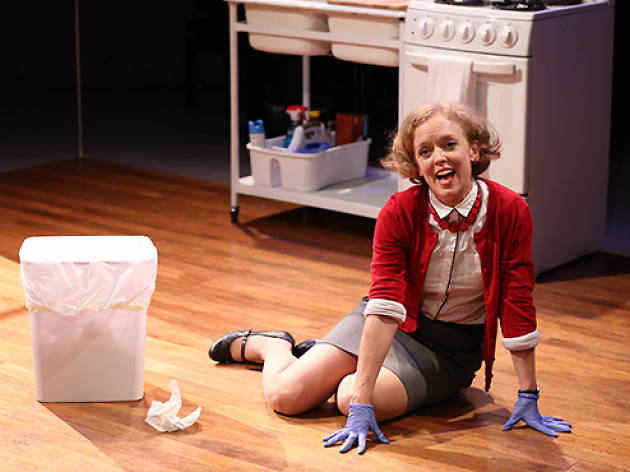 It’s not that Anderson has been a secret; musical-theater fans have lauded her talent for years, from her Broadway debut in 2001’s A Class Act through her utility-player versatility in the gay-themed musical Yank. But holding the stage alone in The Pen, part of this year’s Inner Voices anthology of solo musicals, Anderson left even her longtime admirers stunned. Funny, precise and ultimately heartbreaking as a woman hemmed in by obsessive-compulsive disorder, she gave an indelible performance.—Adam Feldman 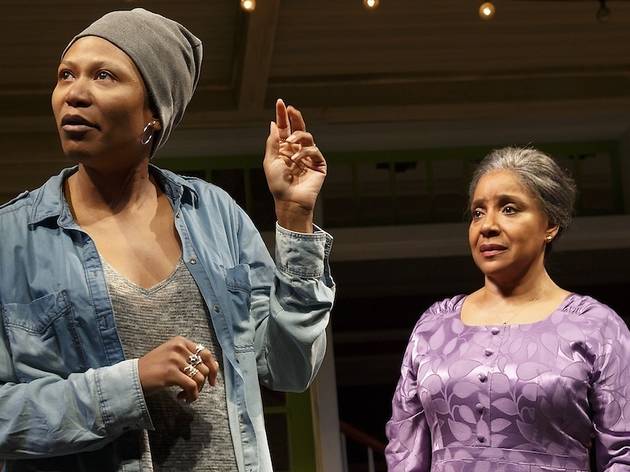 Arenas is no newcomer to the stage; she’s been a member of Chicago’s revered Steppenwolf company since 2007. But New York audiences unfamiliar with her until this year will not forget her soon. As a drug addict and abuse survivor in Tarell Alvin McCraney’s Head of Passes, Arenas gave an electric performance that briefly wrested the play out of Phylicia Rashad’s powerful hands, and earned her a Lucille Lortel Award and Actors’ Equity’s prestigious Clarence Derwent Award.—Adam Feldman 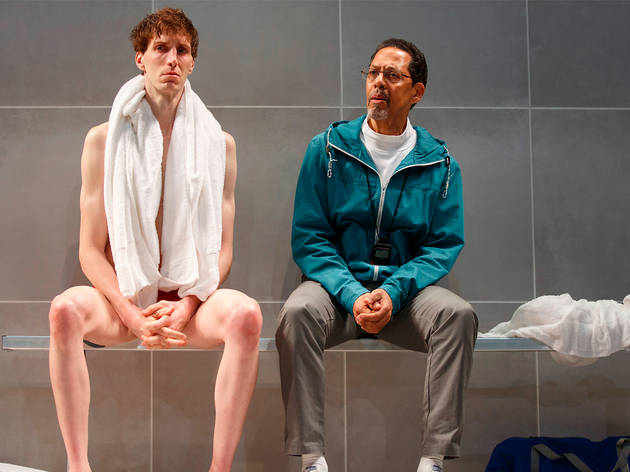 In Lucas Hnath’s Red Speedo, Breaux’s lanky and lean body functioned as a live special effect: He was one long muscle, and you bought him completely as a pre-Olympic swimmer who thinks with his triceps. Although the actor is no dumb jock himself—he’s an alum of both Harvard and Juilliard—he excels at playing them, as he proved later in 2016 in a strikingly original take on the dim Ajax in Shakespeare in the Park’s Troilus and Cressida.—Adam Feldman 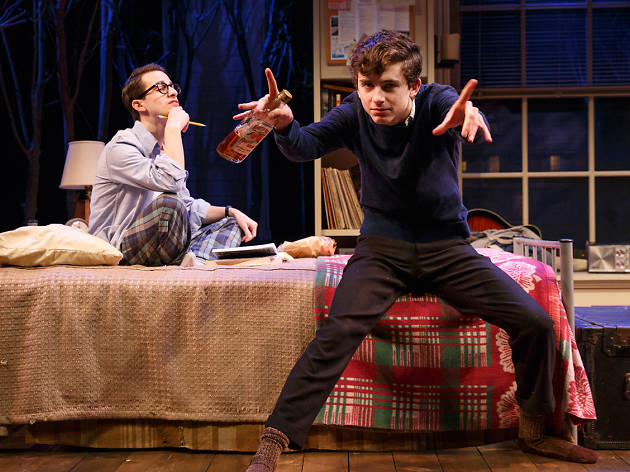 As a stand-in for playwright John Patrick Shanley’s youthful self in the schooldays memoir Prodigal Son, Chalamet seemed to become one with his complex, beautifully written role. Teenager Jim Quinn is too smart for his own good yet filled with crippling insecurity about his Bronx roots; he’s drunk on poetry, but too afraid to live the poetic life. With all the angry longing and cocky stupidity of adolescence, Chalamet made the character’s struggle seem real. These might have been Shanley’s fictionalized memories, but it was easy to see yourself up there.—David Cote 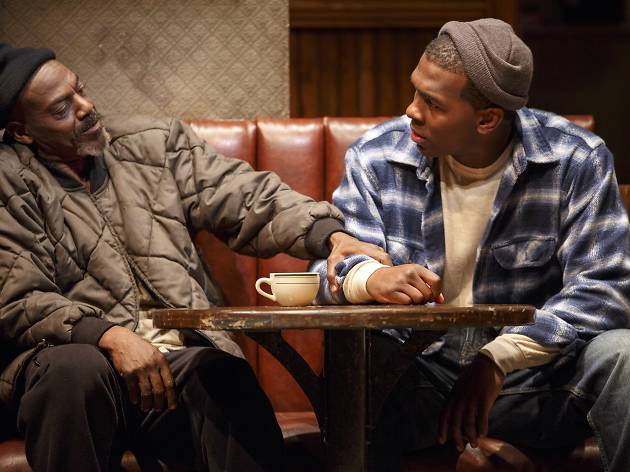 Tall and strapping and physically fearless, this young actor knows how to use his body—whether that means duking it out in the ring in The Royale (playing a fictitious version of boxing legend Jack Johnson) or shrinking into himself as the frustrated son a factory worker in Sweat. Davis had a terrific year showing his range in these two excellent new plays (produced at Lincoln Center Theater and the Public Theater, respectively). He also brought great intelligence—cerebral and emotional—to the roles, helping to layer their portraits of early-20th-century racism and economic inequality today. So he can do hard-hitting issue plays, he can do social tragedy—can he do comedy? We bet one day he’ll make us laugh as well.—David Cote 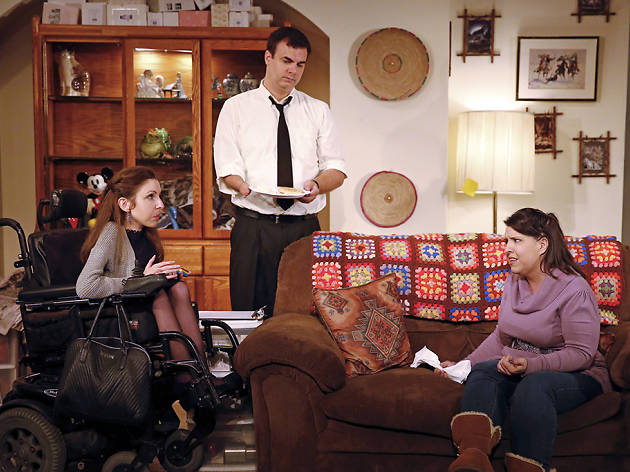 Samuel D. Hunter’s plays are gold mines for for actors, and The Healing is no exception. Commissioned by Theater Breaking Through Barriers, the play was specifically written for actors with disabilities, and the wisdom of this approach was borne out in DeVido’s powerful performance as a wheelchair-bound woman reeling from a friend’s suicide. Her compelling combination of fury, guilt and sorrow made you hope that other writers will create worthy vehicles for her talent.—Adam Feldman 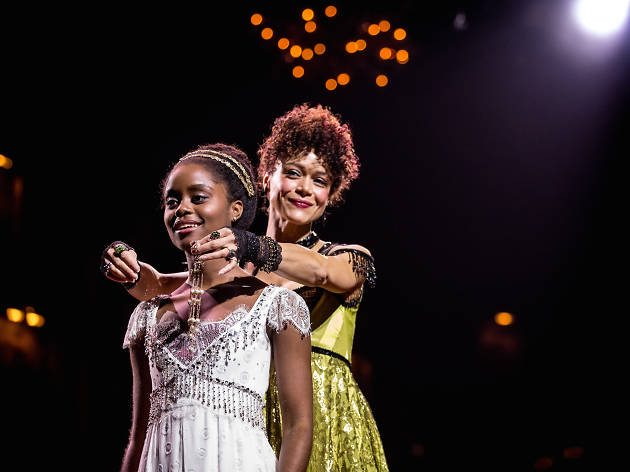 What makes Gray so magnetic? Beyond her beauty and vocal prowess, perhaps it is her aura of ambivalence; she always seems snagged by some looming sense of worry or regret. After playing the tragic heroine of Branden Jacobs-Jenkins’s An Octoroon in 2014 and 2015, Gray put her stamp on as two other troubled women this year: the Underworld-weary Persephone in Anaïs Mitchell’s Hadestown and the faithless socialite Hélène in Dave Malloy’s Natasha, Pierre & the Great Comet (a role she originated in 2012).—Adam Feldman 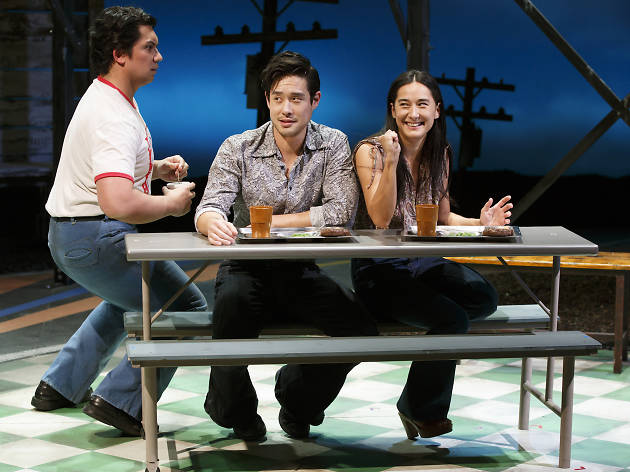 Although Ikeda has been treading New York’s boards for years, this year was particularly busy—downtown and uptown—for the sparkling performer. First she brought her grace and verve to the American premiere of Revolt. She Said. Revolt Again., an experimental British play about female revolution in today’s PC, commodified culture. (The thrilling and stark production turned out to be the last one at Soho Rep.) Then Ikeda slipped into the very talented ensemble of Qui Nguyen’s Vietgone, a pulpy and irreverent comedy about South Vietnamese immigrants in the weird New World. As an political refugee determined to assimilate, Ikeda was sly, sexy and, in her rap monologues, fierce as hell.—David Cote 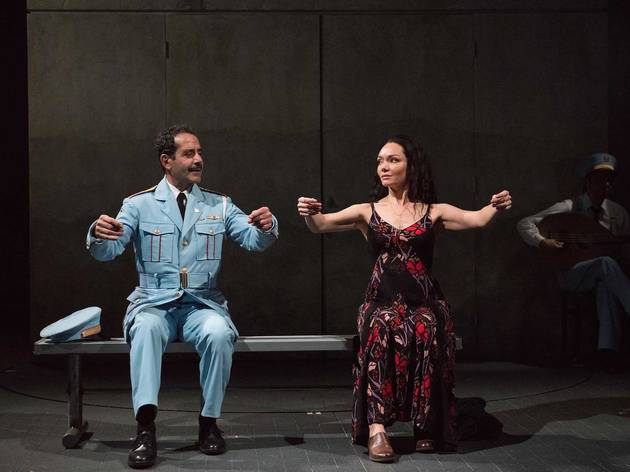 When writing about an actor’s beauty, you must be careful: Dwelling on it risks coming off as superficial or worse, sexist and prurient. So let’s get it out of the way: Katrina Lenk is strikingly beautiful as Dina, the café owner who bemusedly helps out a group of lost Egyptian musicians in The Band’s Visit. With sharp cheekbones and eyes that blaze to the back row, Lenk manages to be both glam and believably melancholy, an exotic fish out of water in small-town Israel. If you miss her in David Yazbek and Itamar Moses’s sold-out musical at Atlantic Theater Company, you may be able to see this magnetic presence in the company of Paula Vogel’s Indecent this spring.—David Cote 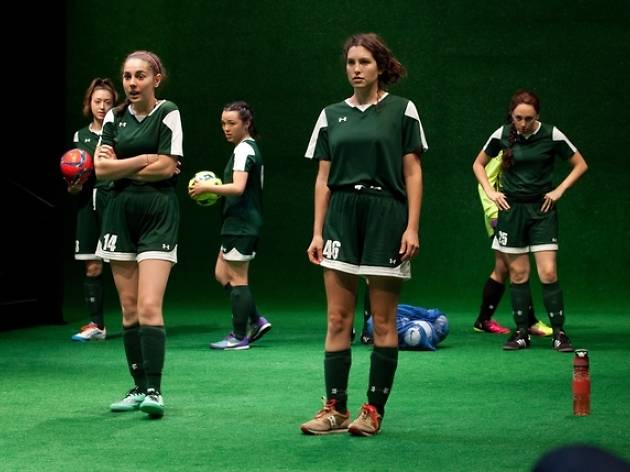 It seems almost cruel to single out one woman from the remarkable ensemble of Sarah DeLappe’s The Wolves, a sports play in which individual personalities are supposed to unfold slowly, through repetition and behavior at a series of soccer games. But Millan is meant to stick out in the story. She’s the new girl on an indoor girls soccer team: quirky, awkward, a bit of a mystery to the others. Understated but comically gifted, Millan imbued her character’s blank looks and elliptical pauses with a quizzical otherness that was fascinating. She seems like a clean slate, observing the kinetic and social rituals of the other girls, absorbing data for later use. Sometimes the “outsider” character is an authorial device for smuggling in exposition, but here, Millan was more than just a cub.—David Cote 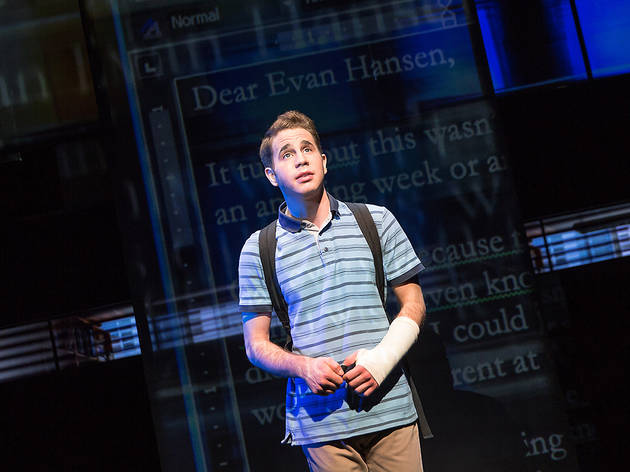 At the tender age of 23, Platt has already made a name for himself playing lovably gawky outsiders: excitable Elder Cunningham in Broadway’s The Book of Mormon, dorky magic enthusiast Benji in the Pitch Perfect movies. But he explodes to a new level as the socially anxious title character in the Broadway musical Dear Evan Hansen, bringing natural sweetness and exquisite technical precision to a performance that combines raw nerves with a swelling heart in one of the great male star performances in musical-theater history.—Adam Feldman 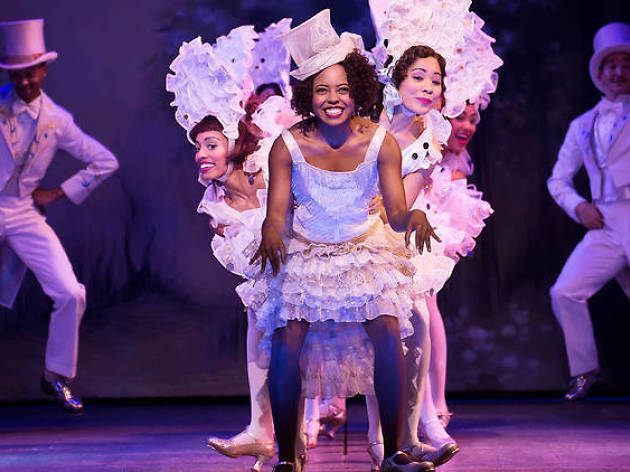 Shuffle Along may have shuffled off Broadway’s mortal coil too soon, but it gave us many performances to savor—including Warren’s vivid double turn as 1920s singers Gertrude Saunders (in Act I) and Florence Mills (in Act II), which earned her first Tony nomination. Whether leading a raucous dance number (“I’m Simply Full of Jazz”) or getting schooled in the ways of stardom (“I’m Cravin’ That Kind of Love”), Warren was never less than top-notch.—Adam Feldman 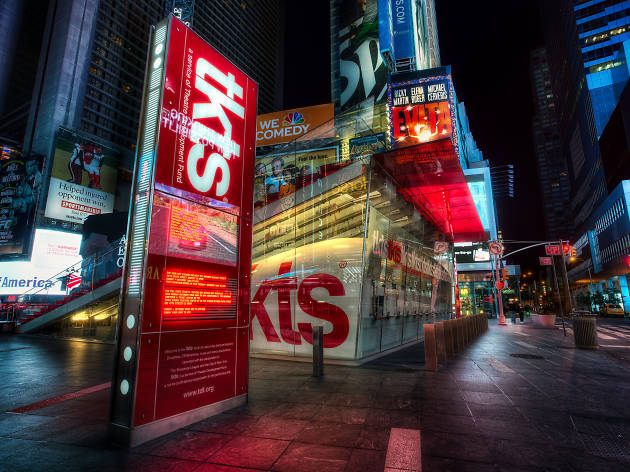 Don’t get ripped off! Cheap Broadway tickets for New York shows are a reality online, in line and elsewhere.