Yes, Broadway theater is back this fall, including many new productions, and that's something to celebrate. But the richness of New York City's theater scene extends far beyond the Great White Way. Much of the city's most dynamic, channeling and entertaining work happens in the realm of Off Broadway—and happily, that's also coming back this season. Along with long-running favorites like Blue Man Group and Jersey Boys and more recent gems including Little Shop of Horrors and What to Send Up When It Goes Down, the upcoming Off Broadway season includes dozens of new productions. We've sorted through the schedule to select 21 new shows that seem especially promising. (It was originally 20 but Assassins announced its return just after we published this, and we can't very well not include that on the list.) Here is our 2021 Off Broadway fall preview.

Off Broadway shows to see this fall 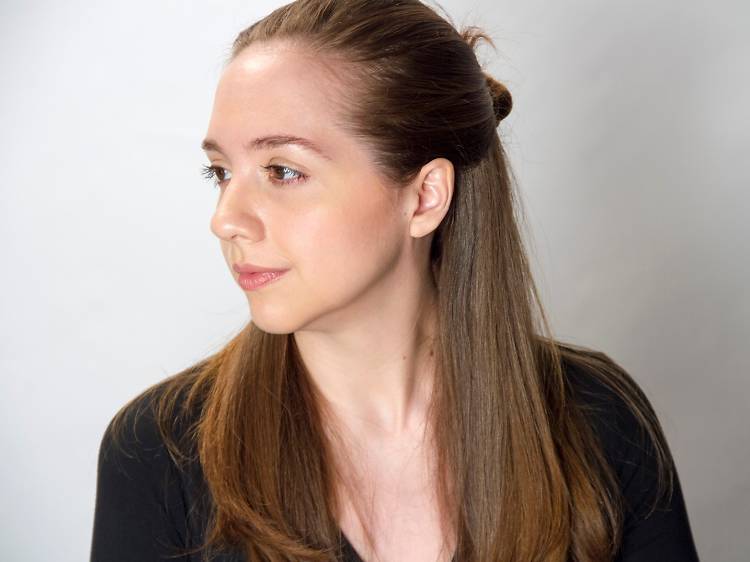 Having successfully taken on Jane Austen's Sense & Sensibility, director Eric Tucker and his esteemed Bedlam company apply their spare but inventive aesthetic to another Austen classic: the author's final completed novel, 1817's Persuasion, in which an unmarried women reconsiders her rejection of a Navy man she had once considered to be beneath her station. Sarah Rose Kearns, who has adapted the book for the stage, also plays the central role; the supporting cast includes Rajesh Bose, Caroline Grogan, Nandita Shenoy, Jamie Smithson, Randolph Curtis Rand, Shaun Bennet Fauntleroy, Claire Hsu, Annabel Capper and Yonatan Gebeyehu. 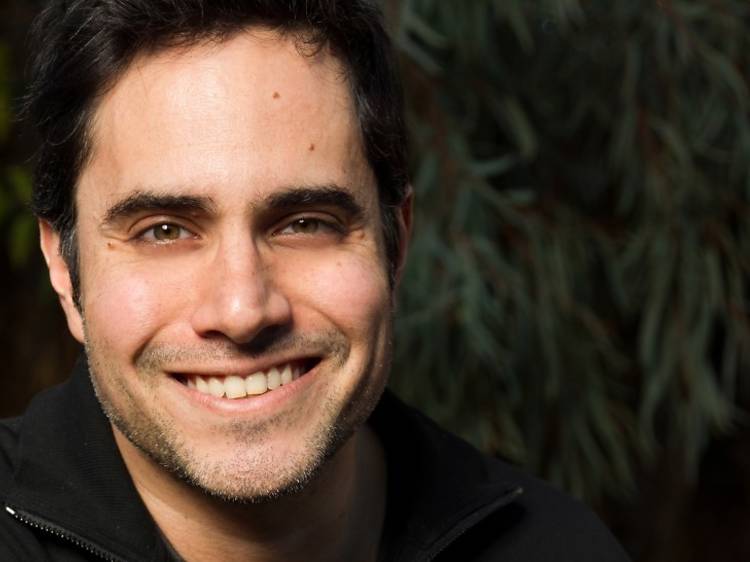 Rajiv Joseph (Guards at the Taj) revisits his character Suresh—the teenage origami prodigy of his 2008 play Animals out of Paper—in a new play about written correspondences among four characters seeking connection over the course of years. May Adrales directs the world premiere at Second Stage; the cast includes Ali Ahn, Ramiz Monsef, Kellie Overbey and Thom Sesma. 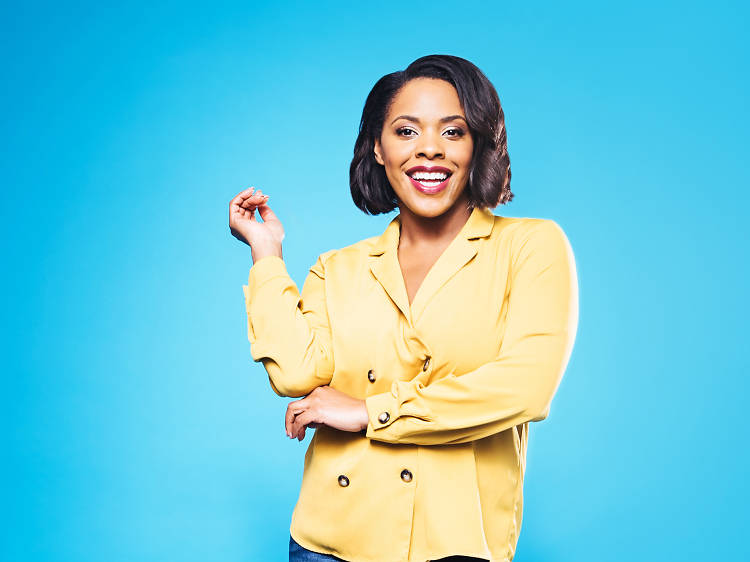 A Commercial Jingle for Regina Comet 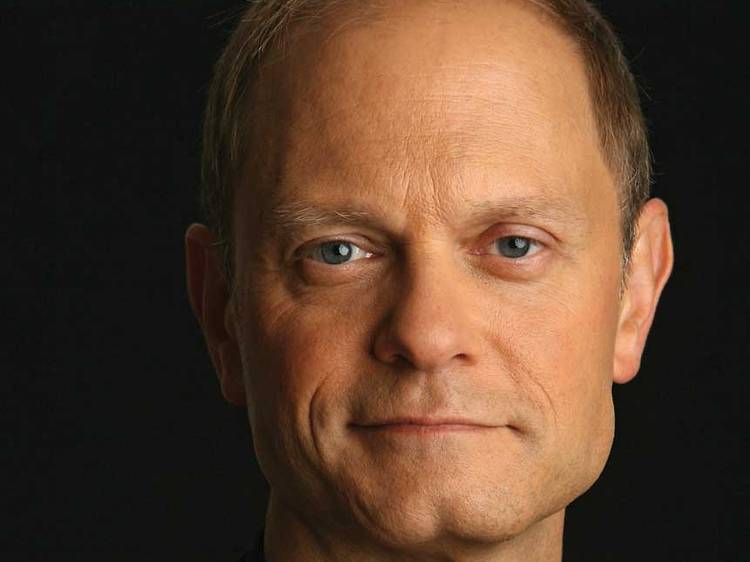 Composer Tom Kitt and librettist Brian Yorkey, the team behind the Pulitzer Prize–winning musical Next to Normal, reunite for this adaptation of Tom McCarthy's acclaimed 2007 indie film (with the Young Vic's Kwame Kwei-Armah joining them as coauthor of the book). The highly lovable David Hyde Pierce stars as a college professor fighting on behalf of two undocumented immigrants (Alysha Deslorieux and The Band's Visit's Ari'el Stachel) who have been living in his apartment. Master helmer Daniel Sullivan directs the show's world premiere at the Public, which features choreography by Lorin Latarro. 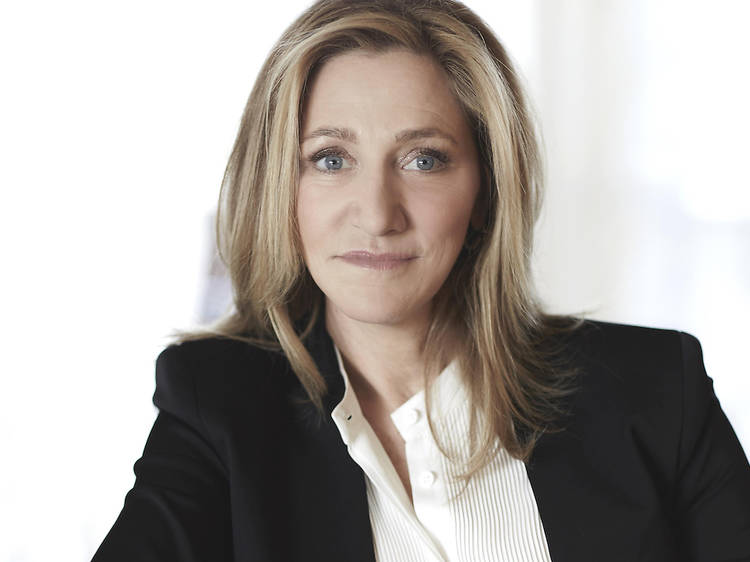 Manhattan Theatre Club reopens its Off Broadway home with the world premiere of a play by England's Simon Stephens (The Curious Incident of the Dog in the Night-Time) that tracks a woman through five decades of life in New York City, including Greenwich Village in its folkie-bohemian phase. The formidable cast—which comprises Edie Falco, Blair Brown and Marin Ireland—is directed by Lila Neugebauer (The Waverly Gallery). 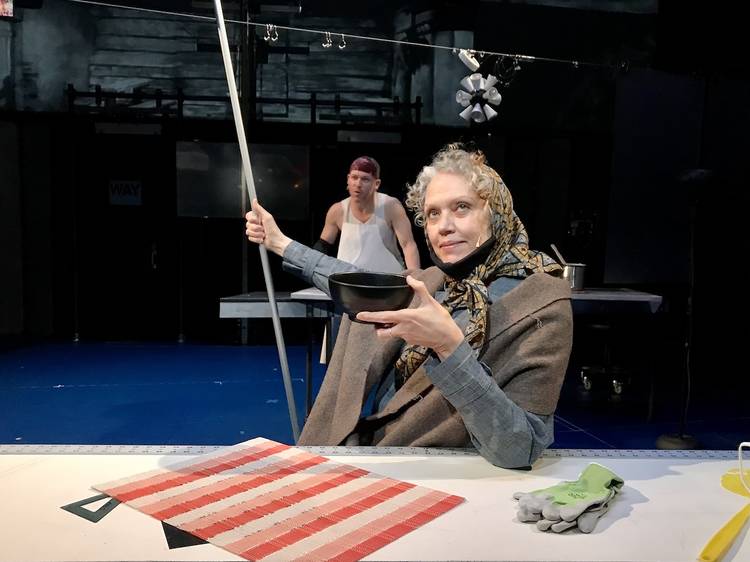 The Wooster Group has been in the front lines of postmodern, tech-forward, intensely detailed avant-garde performance in America for nearly half a century, but this is the first time it has taken on a play by the German political-theater radical Bertolt Brecht. Adapted from a novel by Maxim Gorky, The Mother (1932) depicts an impoverished Russian woman's journey toward revolutionary consciousness. Company leader Elizabeth LeCompte directs, as always; the cast includes Jim Fletcher, Ari Fliakos, Gareth Hobbs, Erin Mullin and, in the title role, the fearless and peerless Kate Valk. 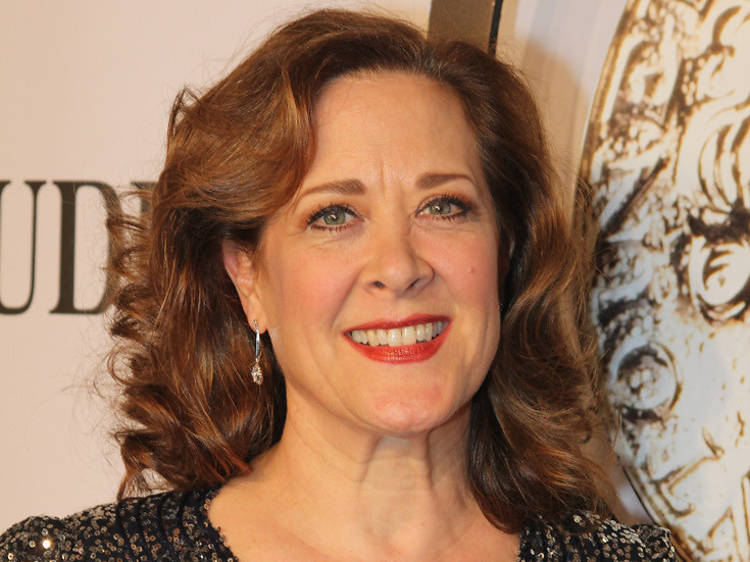 George Bernard Shaw specialist David Staller, the longtime impresario of the monthly staged-reading series Project Shaw, directs the Bearded One's provocative dramedy, in which a genteel young woman is horrified to discover that her mother is a madam. Censored by a priggish Lord Chamberlain, the play was not performed onstage for nearly a decade after it was written in 1893. Karen Ziemba and Nicole King play the central roles in Staller's 100-minute adaptation, joined by Robert Cuccioli, David Lee Huynh, Alvin Keith and Raphael Nash Thompson. 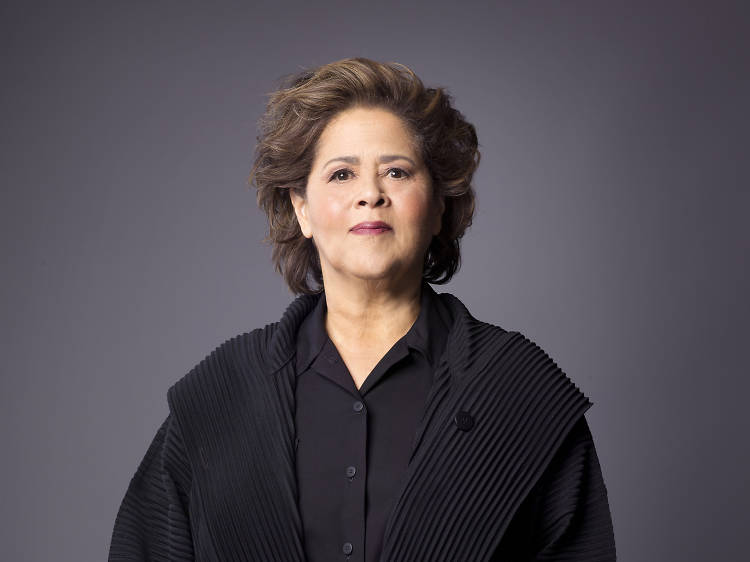 The Signature continues its dive into the oeuvre of documentary-theater VIP Anna Deavere Smith with a revival of her 1993 investigation into the riots that tore up Los Angeles after four policers were aquitted of using excessive force in the videotaped beating and arrest of Rodney King. A follow-up to Smith's 1992 Fires in the Mirror, the piece was originally performed by the playwright herself as a virtuoso multicharacter solo show; this version, directed by Taibi Magar, features an ensemble cast. 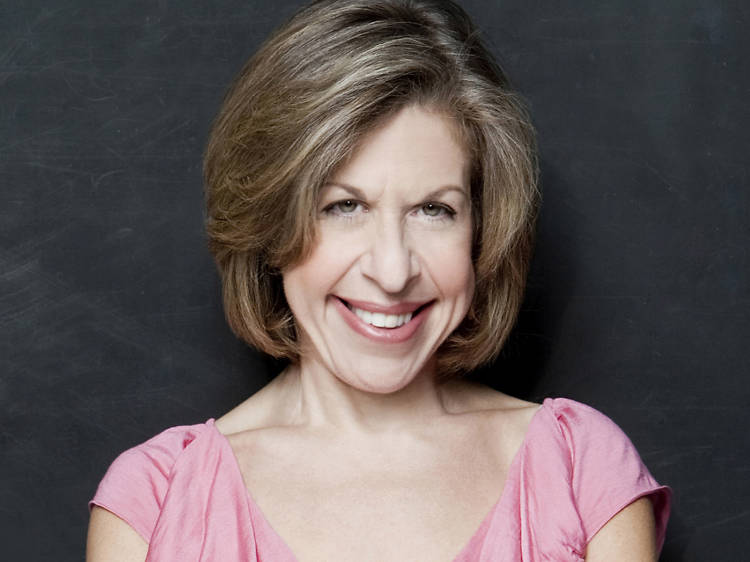 From the delightfully fractured mind of Douglas Carter Beane (Xanadu, The Little Dog Laughed) springs this comedic mash-up of classic fairy tales and A Midsummer Night's Dream. Beane himself directs the world premiere with a primo cast that features some of the very funniest comic actors in America, including Mo Rocca, Jackie Hoffman, Ann Harada, Julie Halston and Arnie Burton. Who could wish for more? 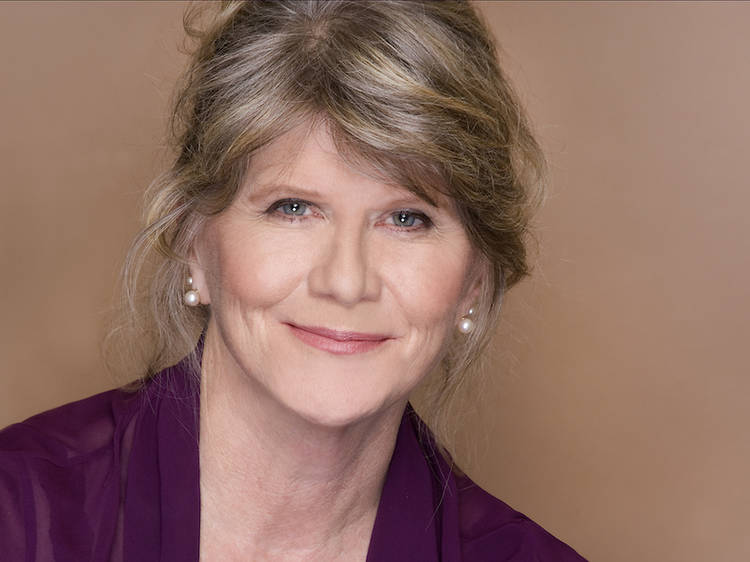 Paul Osborne's gentle 1939 comedy about four elderly Midwestern sisters has had two hit Broadway revivals, in 1980 and 2002, that took full advantage of the play's greatest asset: its variety of roles for an ensemble of veteran actors who can draw marvelous colors within the lines of Osborne's touching group portrait of intimacy and loneliness. This revival, directed by the Peccadillo Theater Company's Dan Wackerman, has lined up a very promising cast indeed: Lindsay Crouse, Alma Cuervo, Judith Ivey, Dan Lauria, Patty McCormack, Tony Roberts, John Rubinstein, Keri Safran and Jonathan Spivey. 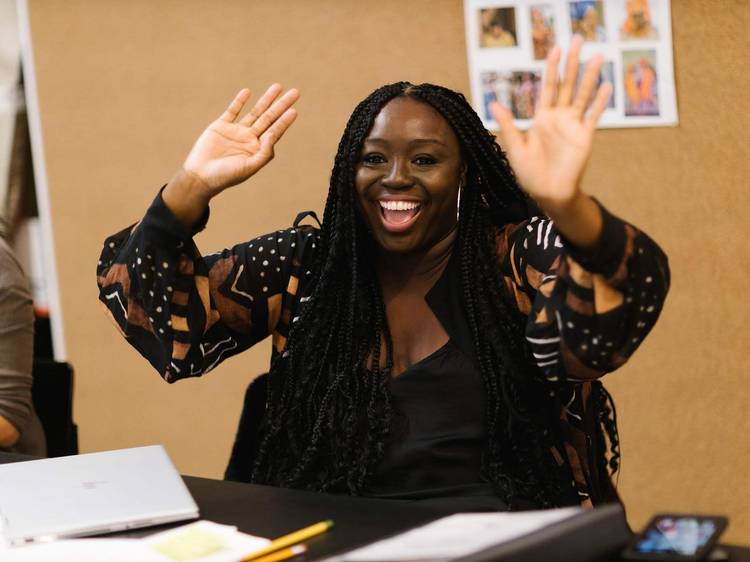 Jocelyn Bioh (Merry Wives) follows up on the success of 2017's School Girls; or, The African Mean Girls Play with another comedy set in Africa. The heroine of this romcom is a young actress who aspires to break into the burgeoning Nigerian film industry, earning the attention of a notable director and a handsome leading man (to the dismay of one of Nollywood's existing leading ladies). Saheem Ali directs the world premiere for MCC Theater, with a cast that includes Abena, Charlie Hudson III, Nana Mensah, Sandra Okuboyejo, Ade Otukoya and Emana Rachelle. 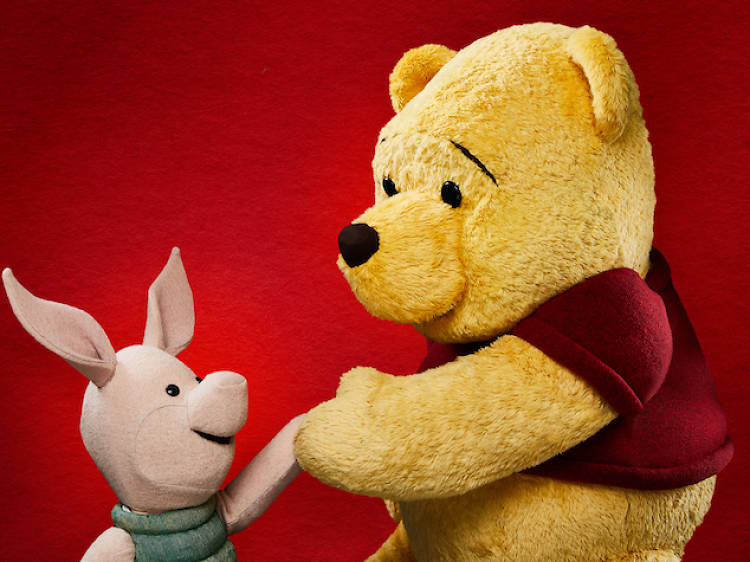 Director and puppet master Jonathan Rockefeller, who has previously created the successful children's-theater opuses The Very Hungry Caterpillar Show and Paddington Gets in a Jam, turns his attention to the Walt Disney featurettes adapted from A.A. Milne's cherished Winnie-the-Pooh books. Produced in association with Disney Theatrical Productions, the show features life-size puppets of Hundred Acre Wood denizens Winnie, Eeyore, Tigger, Piglet and the rest, and includes songs by the Sherman Brothers (Mary Poppins) and Milne himself. 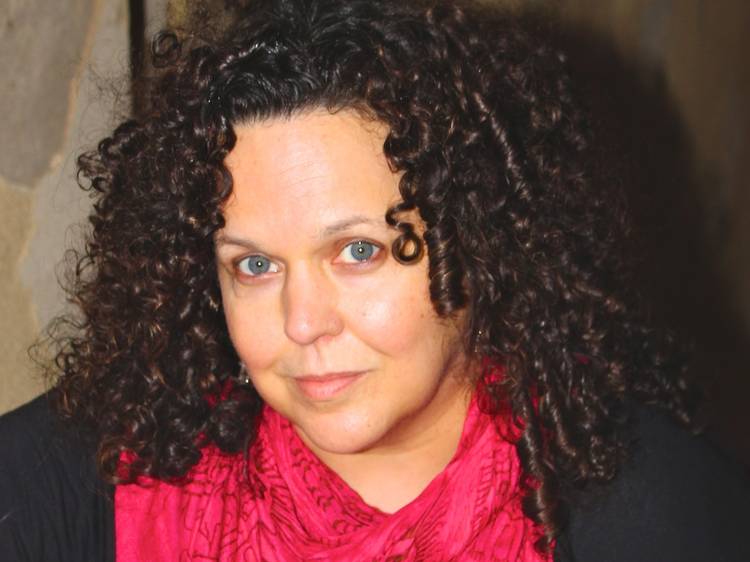 Few live-action shorts have had the impact of Celeste Lescene and Peggy Rajski's 1994 film Trevor, which not only won an Oscar but inspired the 1998 creation of Trevor Project, a suicide-prevention organization aimed at LGBTQ youth that is still very much in operation today. Now Lescene's story, about a widely bullied diva-worshipping 13-year-old kid in 1981 with a crush on another boy at his school, has been adapted into a musical by the Southern Comfort team of Dan Collins and Julianne Wick Davis. Director Marc Bruni and choreographer Josh Prince, who collaborated on Beautiful: The Carole King Musical, reunite at the reins. 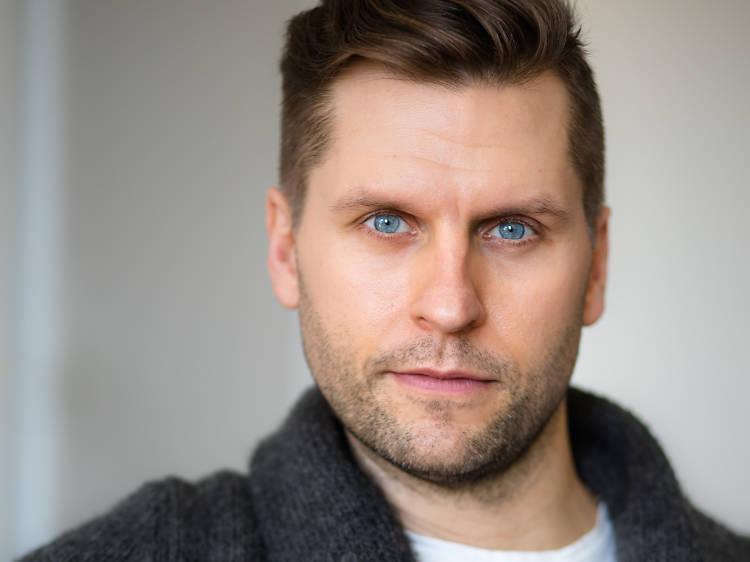 Will Eno (The Realistic Joneses), who specializes in existential dry comedy, turns his wry wit to Henrik Ibsen's sprawling 1867 satirical verse epic, Peer Gynt, which follows the dreamily egotistical title character through decades of wild adventures (including a near-marriage to the daughter of a mountain troll and stints as an outlaw, slaver and prophet). In Eno's pared-down version, directed by Oliver Butler (What the Constitution Means to Me), the main character is a contemporary dope on a journey to find himself. 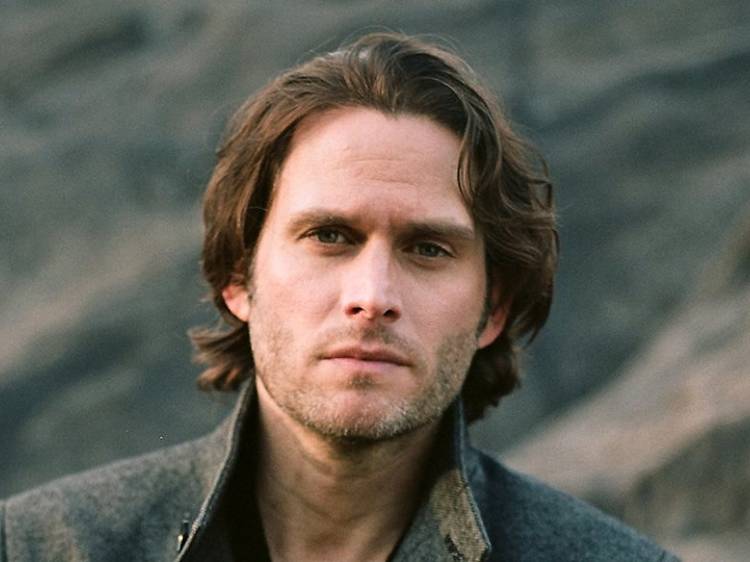 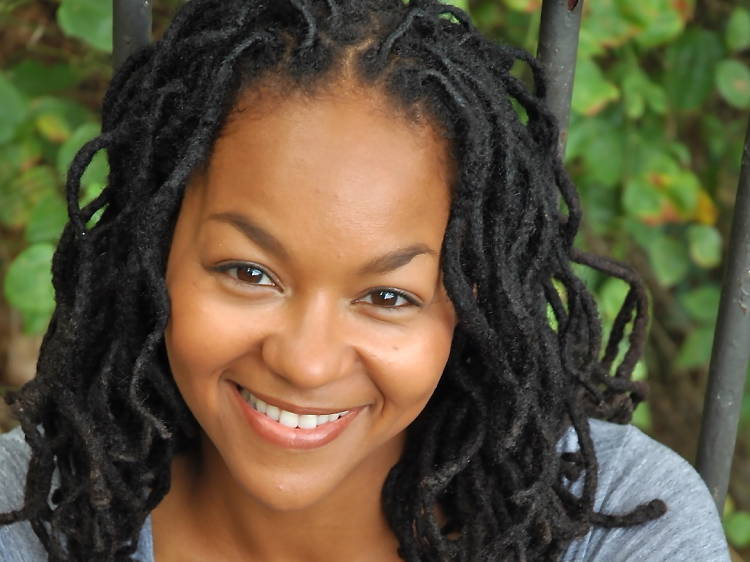 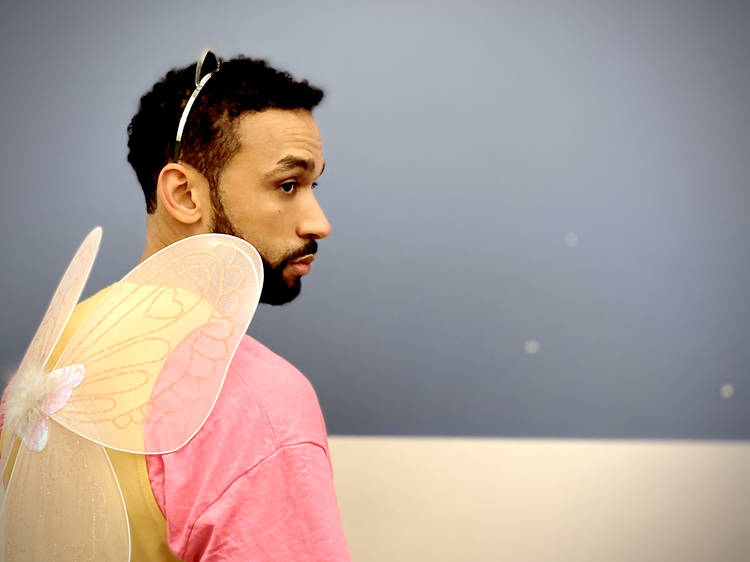 In Eric John Meyer's comic drama, five friends united by a seemingly harmless love of My Little Pony get caught up in dynamics from outside their Brony bubble. The Assembly's Jess Chayes (Home/Sick) directs the pandemic-delayed NYC premiere for Dutch Kills. 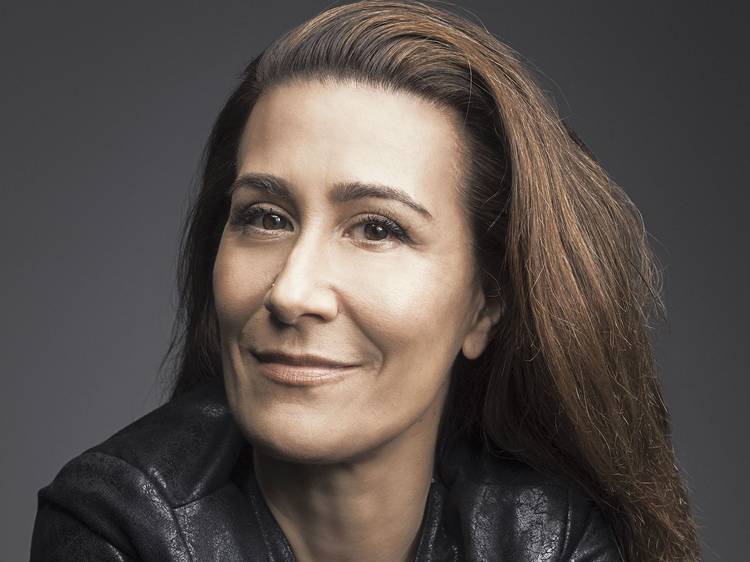 Jeanine Tesori, the most accomplished female musical-theater composer in history, has worked with several of the country's leading playwrights: Tony Kushner (Caroline, or Change), Lisa Kron (Fun Home), David Henry Hwang (Soft Power). Now she joins forces with David Lindsay-Abaire (Good People) for a musical adaptation of Lindsay-Abaire's off-kilter 2001 comedy about a New Jersey teenager with a rare disorder that makes her appear to be an elderly woman. Jessica Stone directs the premiere, which is choreographed by Danny Mefford. Casting for the show has not yet been announced. 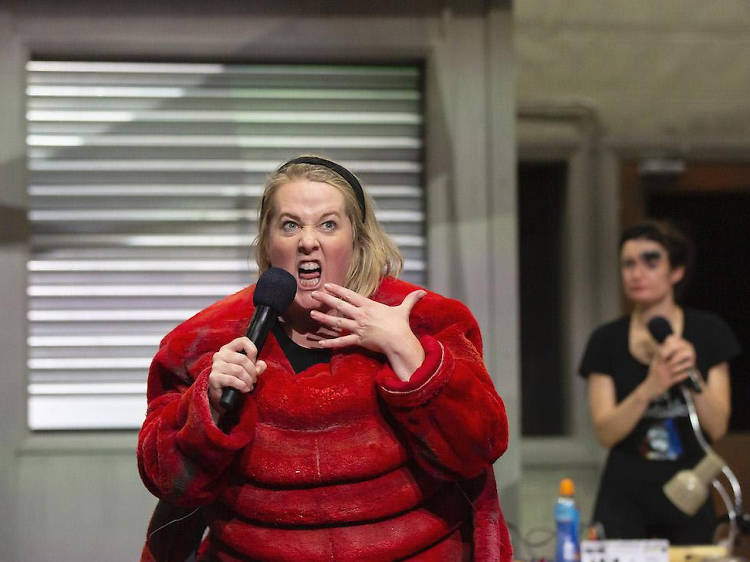 The major contemporary Irish playwright and director Enda Walsh (Ballyturk) returns to St. Ann's Warehouse for the ninth time with his latest absurdist meditation on the blurry lines between reality and performance. In this one, set at a psychiatric hospital, Domhnall Gleeson plays a man undergoing a bizarre form of drama therapy administered by two women named Mary, played by Clare Barrett and Aoife Duffin, to the beats of live percussion by drummer Seán Carpio. A lobster costume is involved. 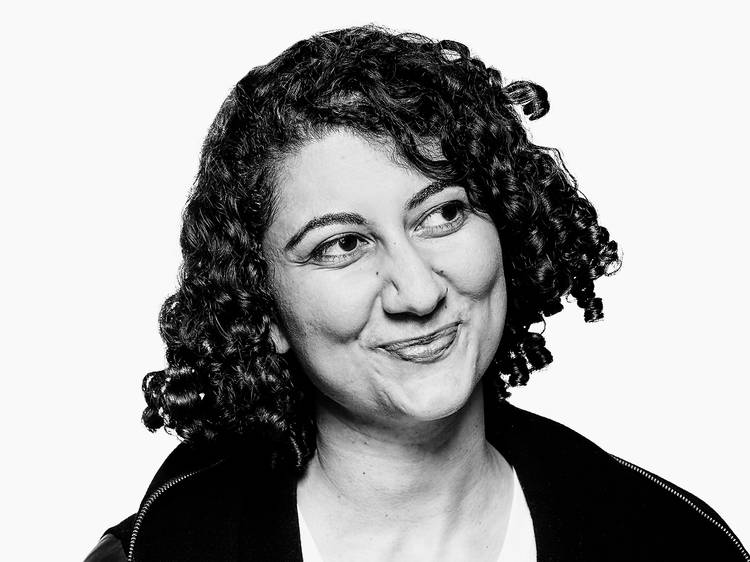 Sylvia Khoury examines the legacy of American imperialism in a thriller that focuses on a brother and sister struggling to navigate the perilous landscape of Afghanistan in the aftermath of the U.S. military withdrawal. Tyne Rafaeli directs the NYC premiere, which has become even more tragically timely since its originally scheduled run last year.