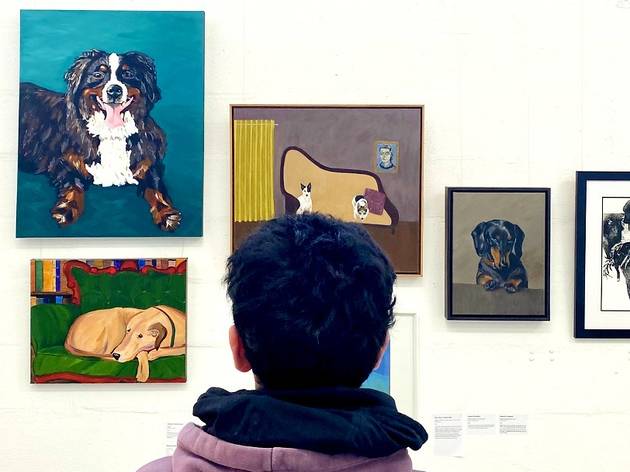 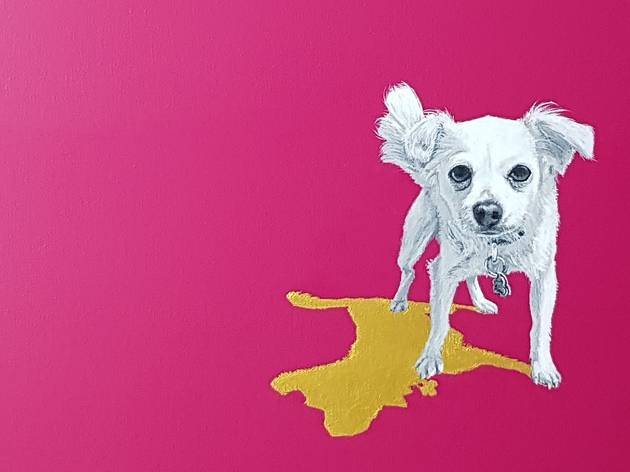 Celebrate dogs, big and small, at this quirky exhibition

Run by Art Est, an independent art school in Leichhardt, Woof! is dedicated to humankind’s four-legged best friend and is officially back for its eighth annual edition. While many of the furry companions depicted are probably less widely recognised than the people in its counterpart at the Art Gallery of New South Wales, these subjects hold gravitas entirely of their own.

“Woof! is about celebrating dogs, big and small, and the special companionship they offer,” Art Est director, Jennifer McNamara, said in a press release. “This year you'll see a range of quirky and fun artworks. Some show the personality of the dog, while others show the adoration of the owners.”

With more than 80 works of art on show, there's as much variety in the medium and style of the art works as there is in the breeds and personalities of the exhibition’s subjects.

Artist and dog lover Harrie Fasher selected this year’s winners, with a video announcement posted to Facebook on September 27. Fasher said: “I was looking for works which portrayed an emotion, and I loved that each dog has a different personality and you can see their character in the detail of their faces.”

The Adult Prize went to Zoe Alderton for ‘The Family Bardsworth’. Fasher commended this oil on paper work for its interesting composition and the varied personalities coming through in the group of dogs pictured. Alice Oxenbridge took out the Youth Prize (12 - 17 years) with her painting ‘Monte Dog’, with Fasher commenting that she “couldn’t go past the humour”. The Child Prize (5 - 11 years) went to Cerys Blagg for ‘Ziggy’, with Fasher saying the animation and movement in the painting shows “huge love for dogs”. Kara Pryor’s ceramic work ‘Steve’ took out the Sculpture Prize, which Fasher commended for the emotional response it elicited from her (it made her “giggle”).

The Woof! Art Prize is on show until October 12. The gallery is open Monday to Friday from 9am - 5pm, Saturday 10am - 4pm, and Sunday 10am - noon (closed for the public holiday on Monday, October 5). Entry is free.

All of the artworks are also currently available to view in an album on Art Est.’s Facebook page. The painting with the most ‘likes’ will be announced the People’s Choice winner on October 12, with the winner receiving a prize pack worth $300. Go on, share the puppy love.

Take your fluffy muse out for some fresh air at Sydney’s best dog-friendly parks.