Bars Surry Hills
3 out of 5 stars 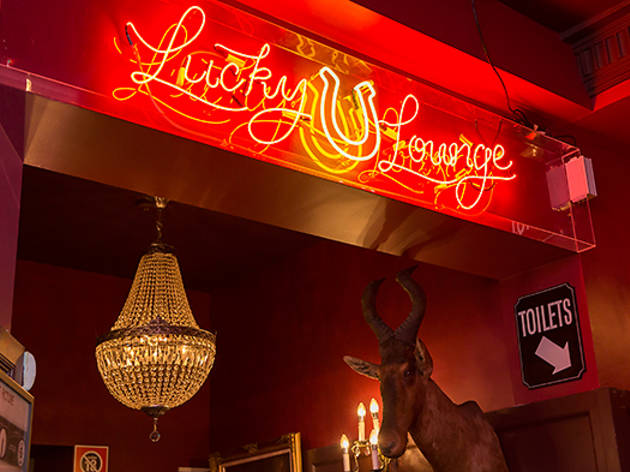 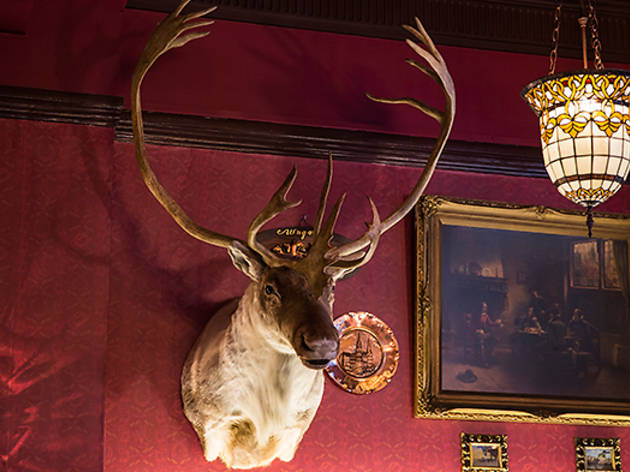 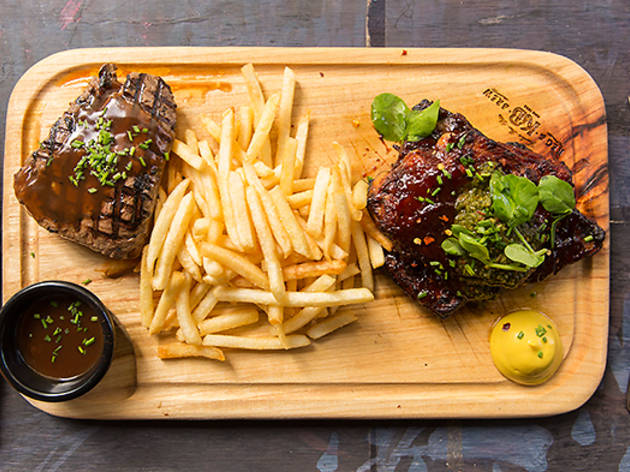 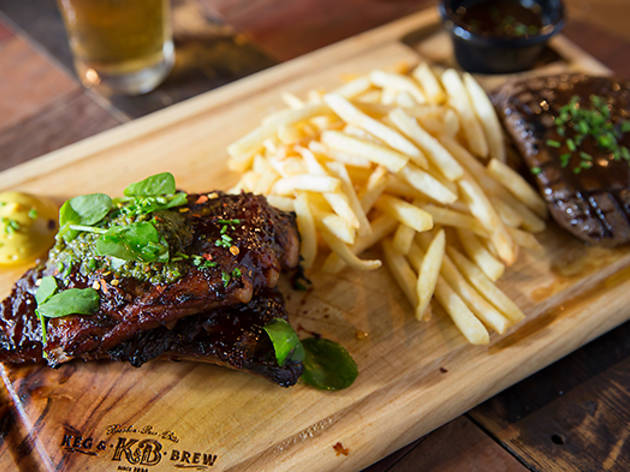 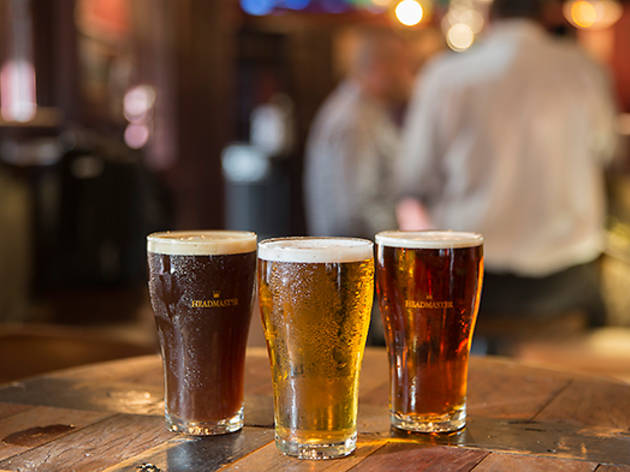 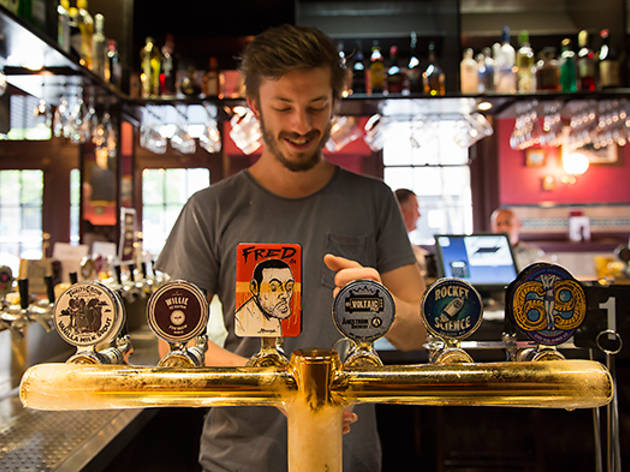 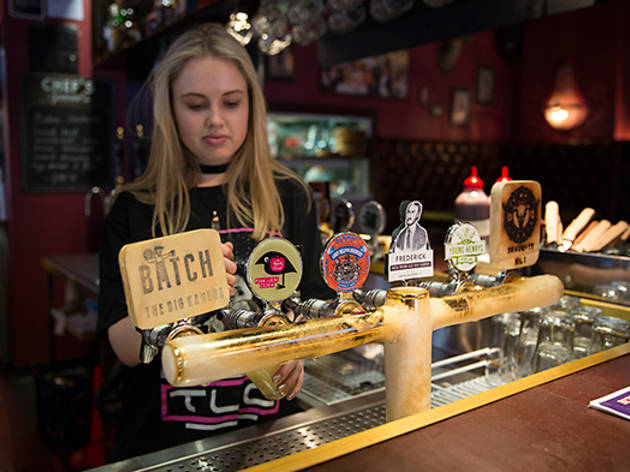 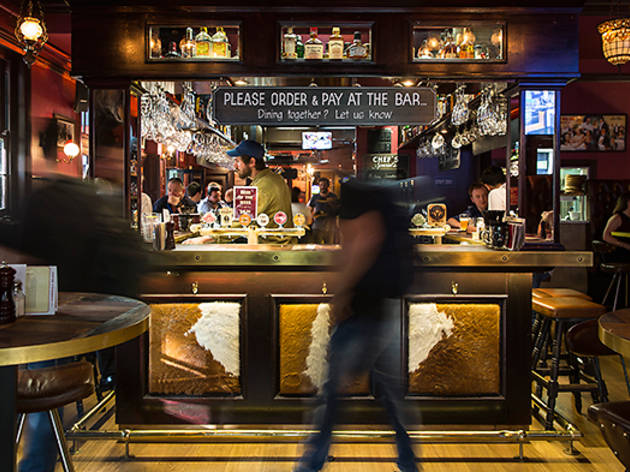 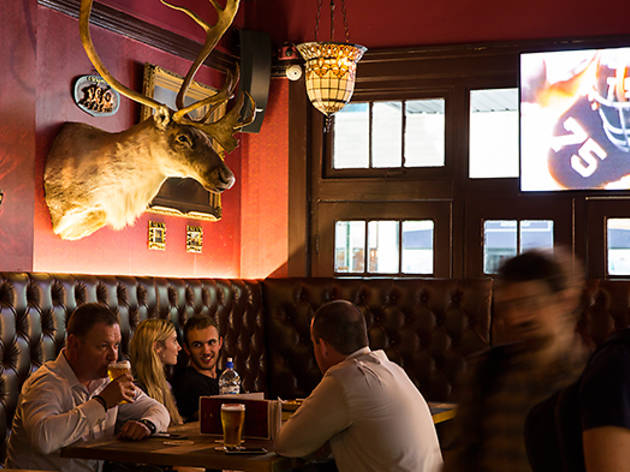 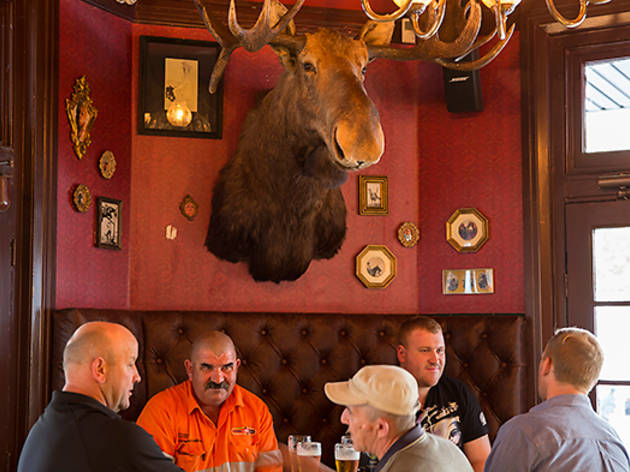 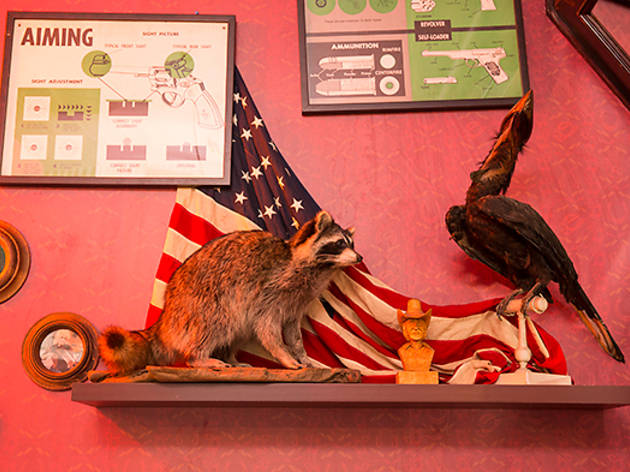 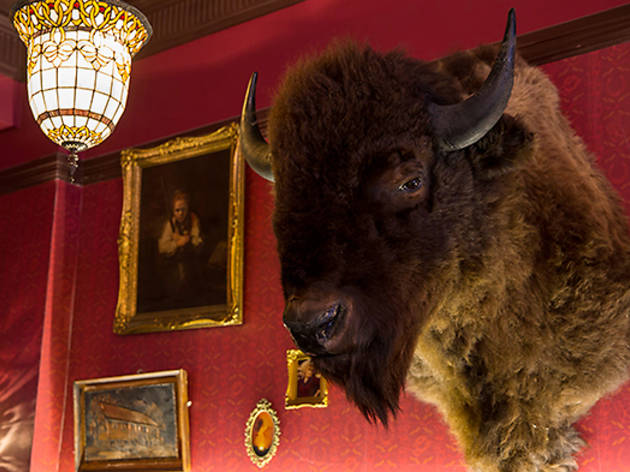 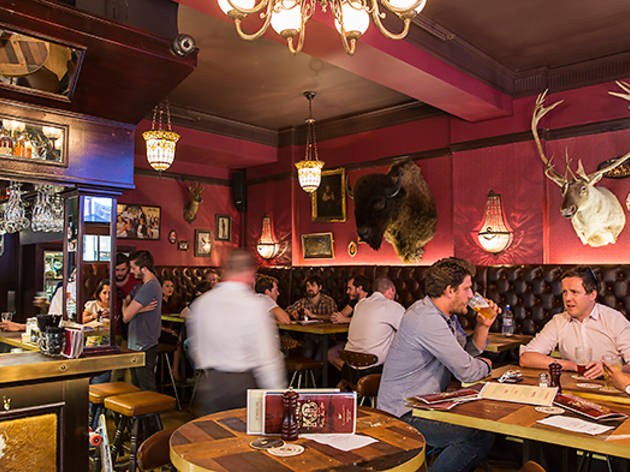 If Big Buck Hunter had a bar, this beer and bourbon bonanza would be it

There’s not much we like more at Time Out than a well-worn boozer that still remembers the frenzy of the six o’clock swill. But sometimes the smell is so ingrained in the beer-soaked carpet that there’s nothing left to do but rip it out and start again. While you’re there you may as well throw 30 craft beer taps behind the bar, a whole shelf dedicated to bourbon and as many taxidermy beasts as you can lay your hands on.

This is pretty much what’s happened at the old KB Hotel. We know a lot of hearts sunk at news of a renovation. For pre-train drinks and late night tomfoolery you couldn’t beat this vestige of inner Sydney’s working class past. But we’re here to tell you that the new edition – the Keg and Brew – is still a bloody good spot to bend your elbow.

They’ve added cowhide panels to the heavy, three-sided timber bar, along with cowboy print crimson wallpaper, old time rock and roll on the stereo and baseball on the TV. There’s life in an American-themed refit yet.

Simon Kraegen, the heavily bearded craft beer fan who earned his stripes as a bar manager at the Dove and Olive, is party master here, and he has managed to pull a whole new crowd to the Keg and Brew without turfing the old one. On a Friday arvo you’ll still find slouching music students from AIM and clocked-off council workers filling up the tables out on the footpath. Inside it’s rammed to the gills, with a post-work crowd downing $4 Reschs at happy hour. After a seat? The rush tapers off to a gentle hubbub once the craft beer prices kick back in.

They have the full craft rainbow on tap here. Start out easy with a golden ale from Willie the Boatman or a pale ale from the Grifter team, or dive in the deep end of the flavour pool with a smoked porter from Dalgetty or a Jetlag IPA from Nomad.

Too much fizz and not enough fire? Cast your eyes to the bourbon cabinet, where all your oaky, vanilla scented dreams come true. Order a nip of the Hochstadter's ‘Slow & Low’ Rock & Rye over ice. The bitter citrus peel and honey in the whiskey makes it taste like a Manhattan straight out of the bottle. They’ll also mix you up an Old Fashioned, a Gold Rush or a real Manhattan for $15.

Cash in all your healthy living credits for a deep-fried Twinkie. We didn’t have the bank on our visit, but we did order up a ribs and rump board that’s a monster barbecue party for one.

It may be easier on the eyes but the Keg and Brew is still an inner-city pub, just with better drinks and a huge moose head on the wall. Long live the KB.