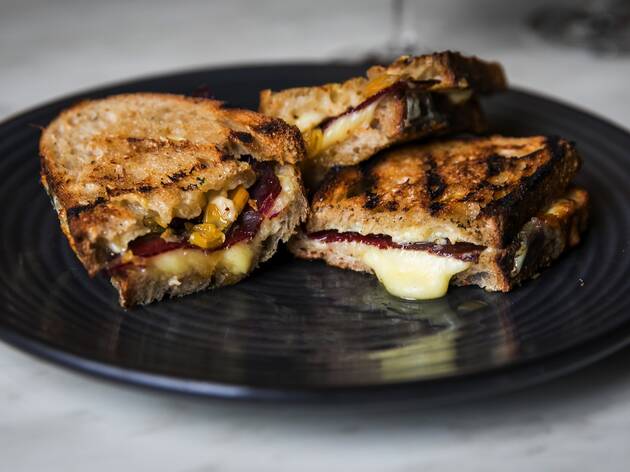 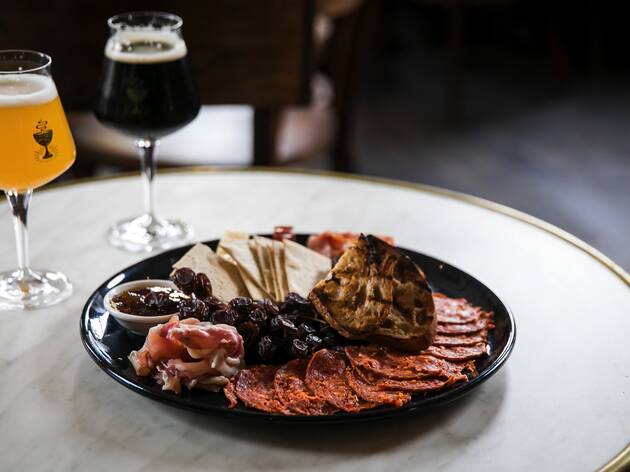 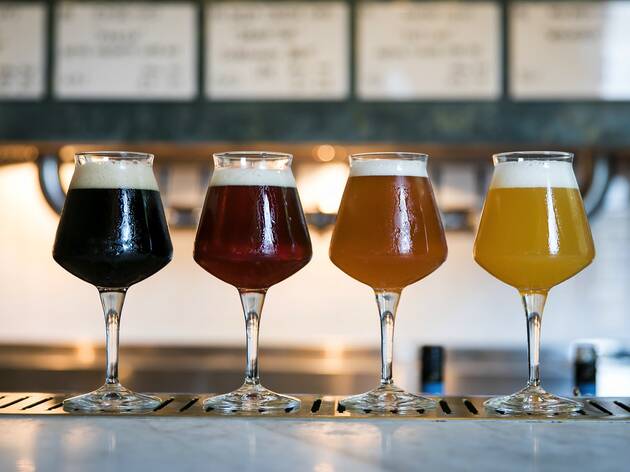 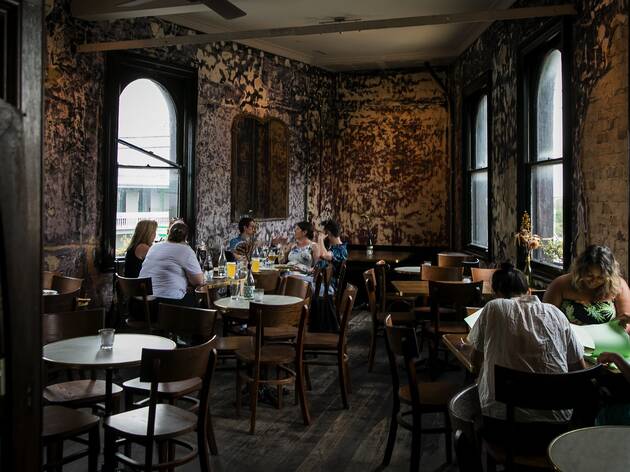 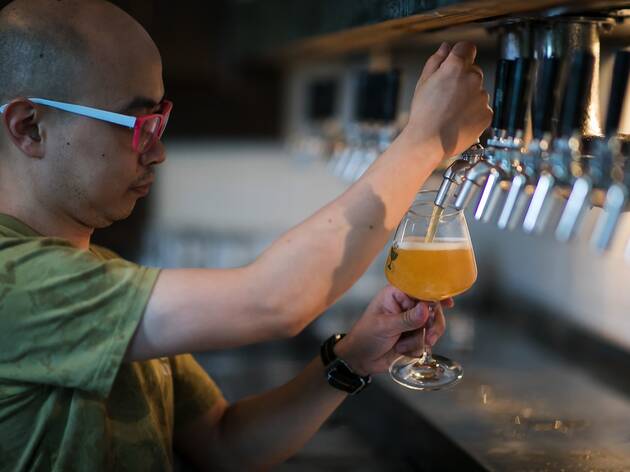 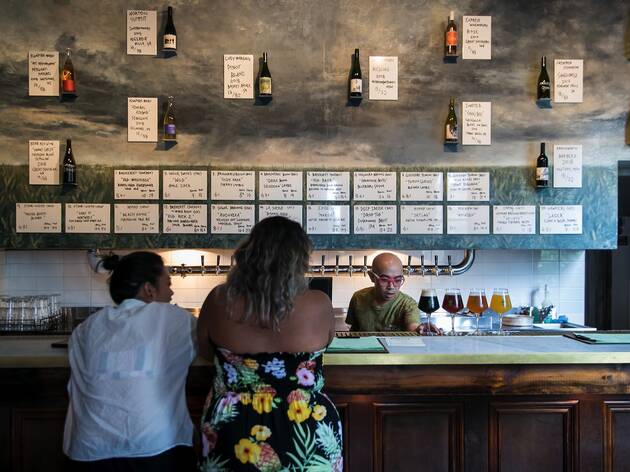 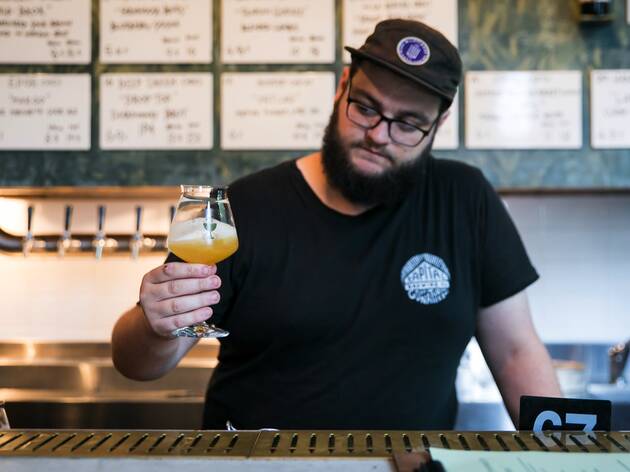 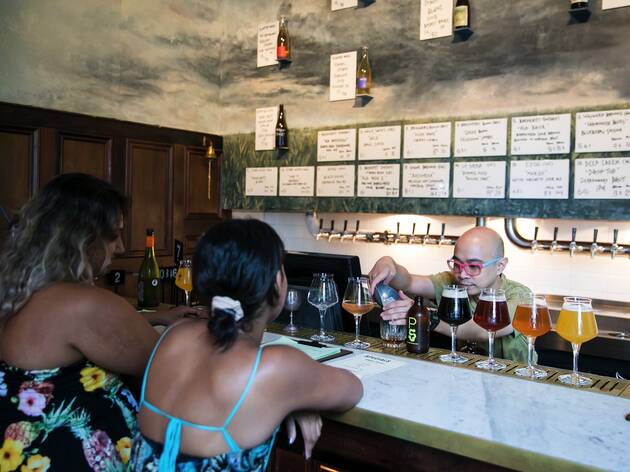 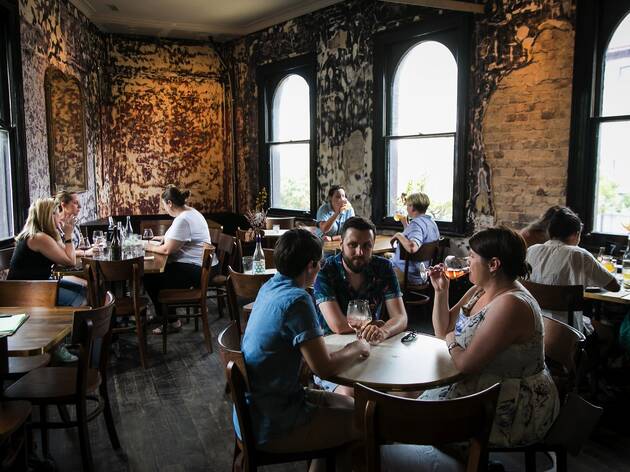 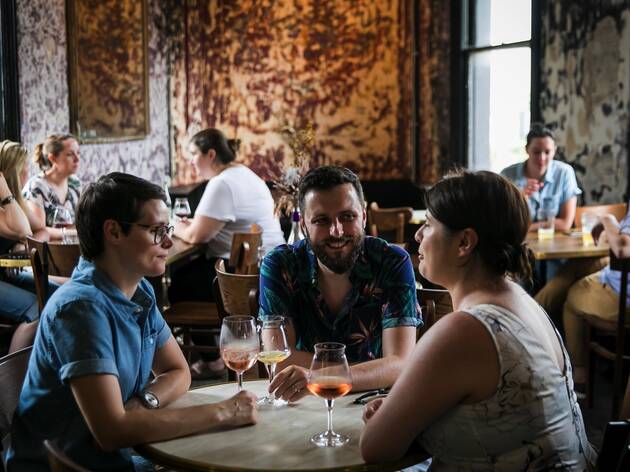 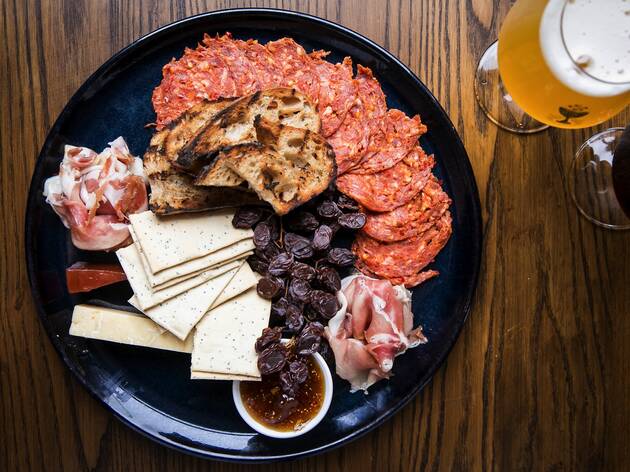 Not everyone’s idea of a cleansing ale is a Mexican hot chocolate imperial stout with an intense, spiced, genuinely chocolatey aroma and a surprisingly light-bodied finish that almost veers into lemony fresh territory. It’s a summer belter in spite of its warming wintery profile. If you’re two thumbs up for tasting the full rainbow in beer form, Odd Culture is your home ground.

The Taphouse remained largely unchanged after new owners James and Josh Thorpe took over, but they’ve made their mark on the middle bar. What used to be an overflow perch for people who couldn’t fit on the roof on a nice day, or downstairs after a Swans game at the nearby SCG, is now one of the most compelling destinations for lovers of the weird and foamy brews being fermented across the globe.

America’s Stone Brewing are delivering a hazy IPA with a soft, creamy mouthfeel. It’s spiked with mandarin and pineapple, but instead of being ostentatiously fruity, it’s fresh and luxurious, like a pavlova. At the total other end of the spectrum is the Brekeriet Swedish collab with Magic Rock in the UK. Together they’ve made a sour blonde aged in red wine barrels so that is has a sweet and sour nose like kombucha, and a super-sharp palate, like a really good citrus juice. The gentlest suggestion of nuttiness on the back palate is the final flourish on this complex beverage.

You can spend a lot of time and a whole lot of money here if the inclination takes you. Especially once you start tucking into the bottle list that peaks at a longneck of Thai speedway stout from AleSmith for $111. But there are plenty of cheap thrills too. Hell, they even save the 20th tap for Hawkes lager for those who want “just a beer, thanks”.

Couple a frosty brew with a cheese and charcuterie plate, an ’nduja and cheddar toastie or a classic cheeseburger and fries while the afternoon sun pours in the windows of this stripped-back booze barn. What they’ve successfully created is a beer bar within a beer pub that’s the perfect clubhouse for people who never want to drink the same beer twice.