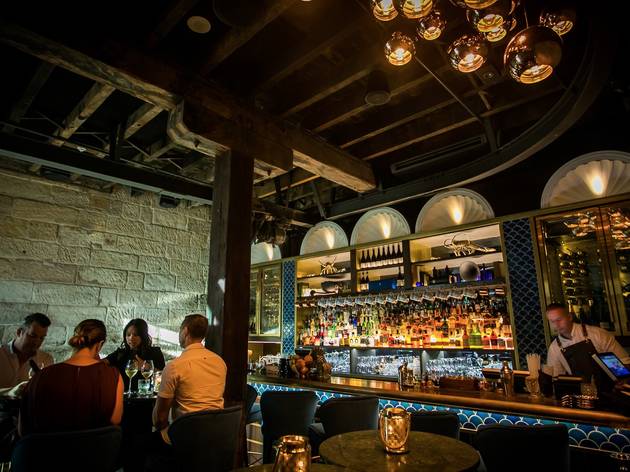 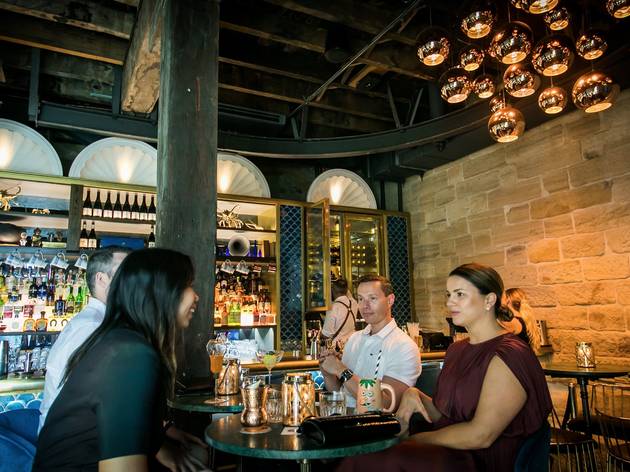 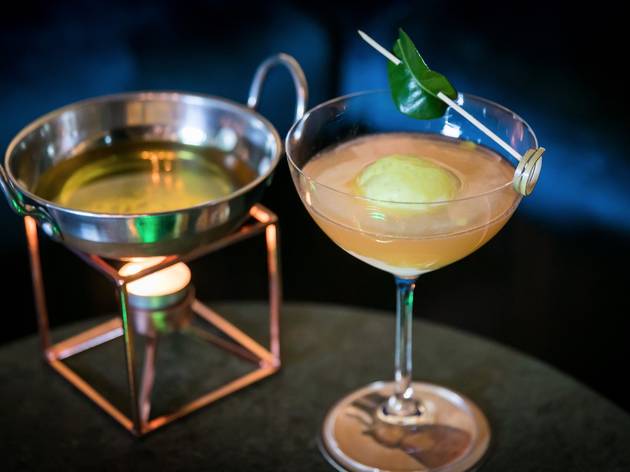 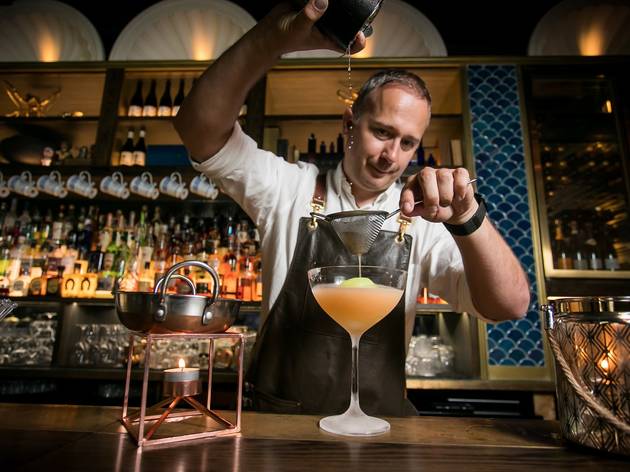 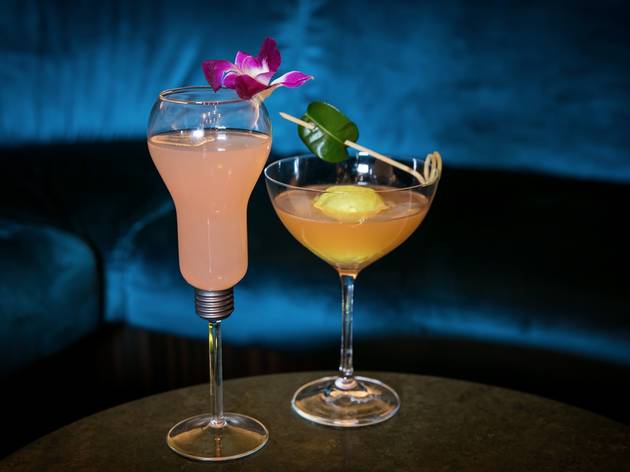 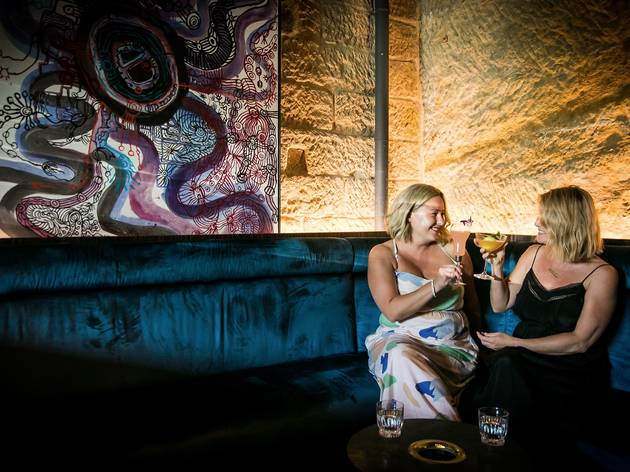 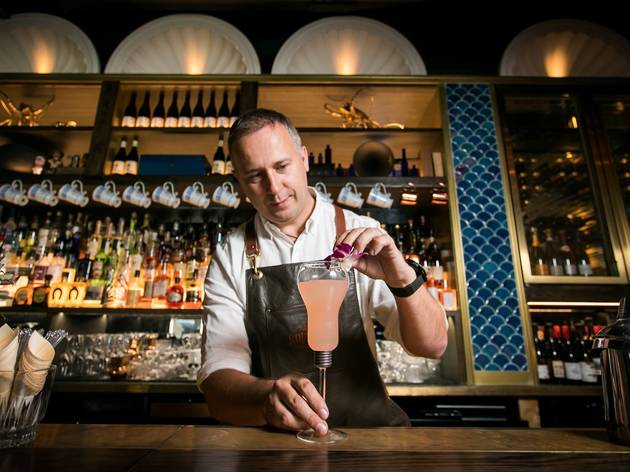 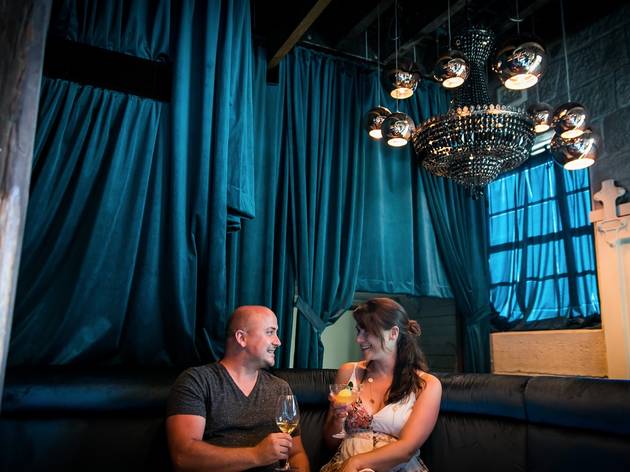 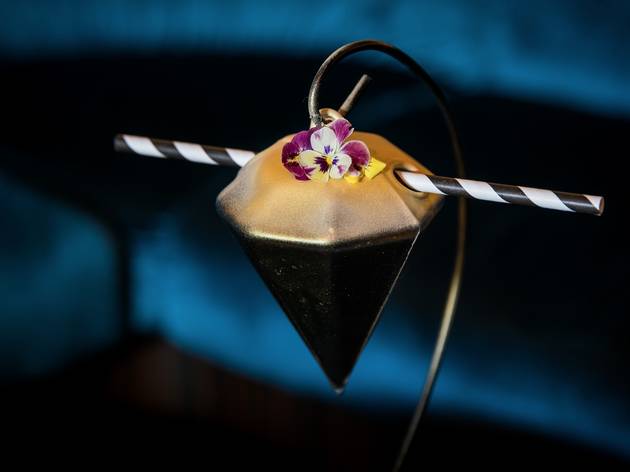 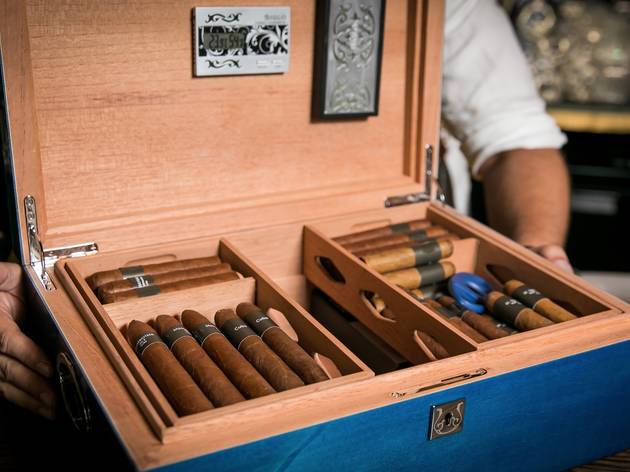 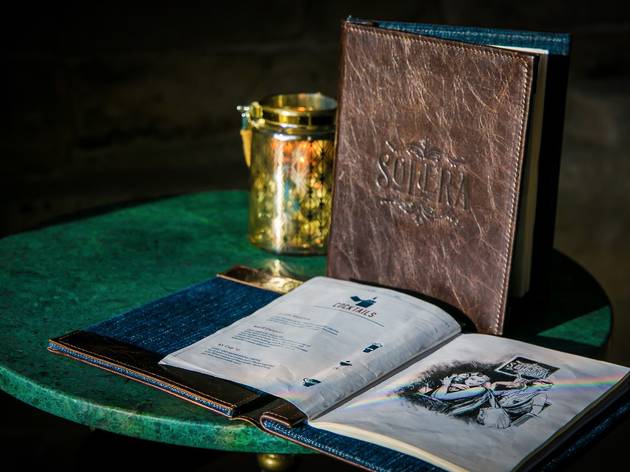 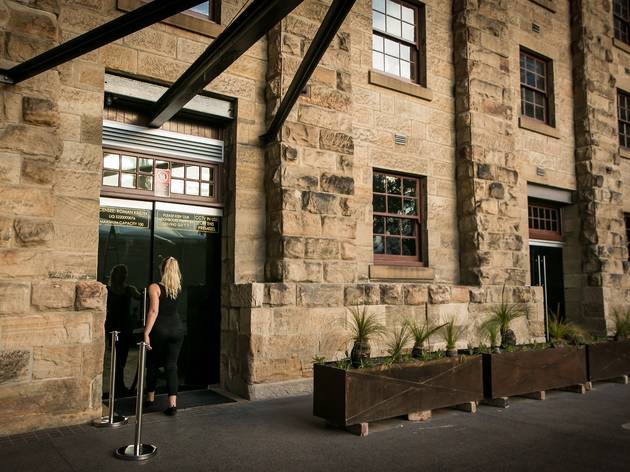 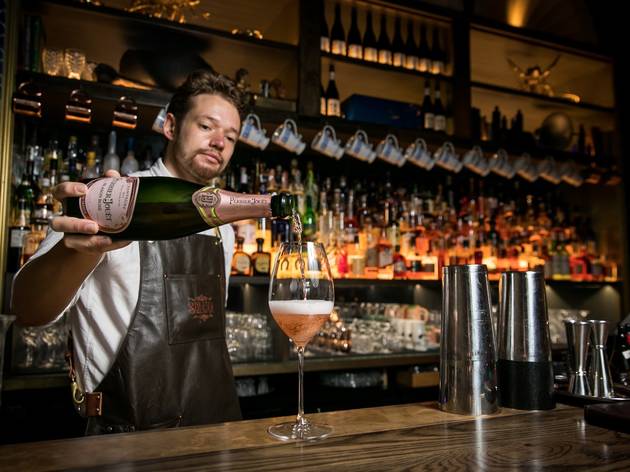 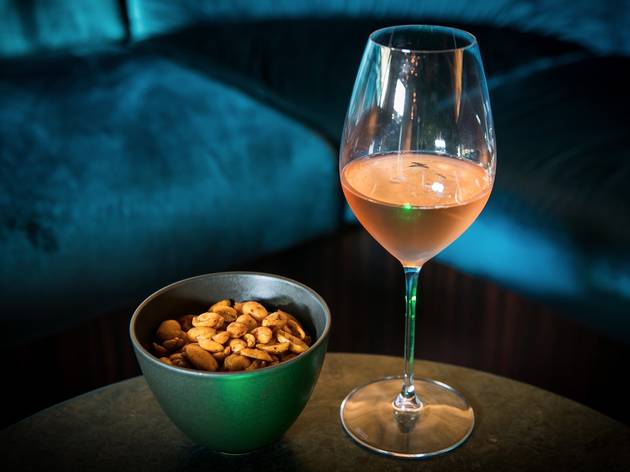 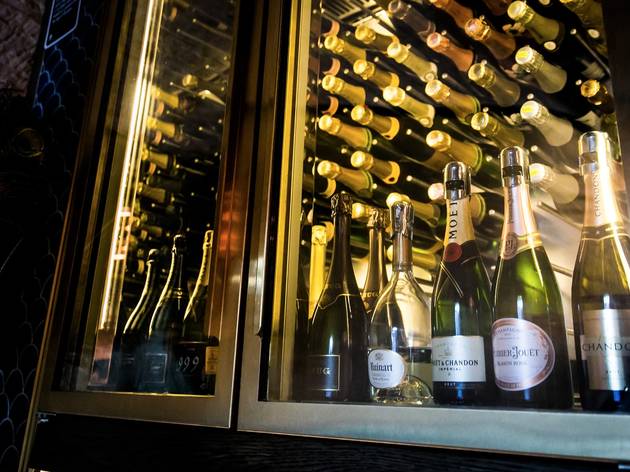 Talk about shooting fish in a barrel. Opening a bar in a little, stone, heritage building that sits at the base of a shiny corporate HQ on Hickson Road – a mere spitting distance from Barangaroo’s mass of offices – means people can go from computer screen to Champagne in record time.

In fact, those two Champers fridges mounted up behind the bar is a pretty good indication of who is coming to this new addition to the Barangaroo precinct and why. Slap down that company card and pop corks on a bottle of the Perrier Jouet rosé that tastes like cherry brioche and is also available by the glass. Want something you haven’t seen on branded umbrellas and cups before? They have a list of bottles by small growers for something boutique.

Or maybe you want something elaborate and finicky, like a riff on a Daiquiri with a tiki tropicality, made with dark rum? What looks like a fluoro lemon bobbing about in your drink is actually a glass sphere coated in a turmeric coconut oil for an extra spice element – plus it seals the ice to stop it diluting your drink too quickly.

Or maybe you want a cocktail that tastes the way expensive spas in five star resorts smell.  That’s be the Gaslight, made with Sichuan pepper-infused gin with a healthy baseline of Earl Grey and a backing chorus of citrus. It’s also served in a light globe-shaped glass as a nod to the origins of the heritage-listed building that was once a gasworks.

The sandstone walls, thick, timber pillars and old mechanical winch are still intact, and for the rest it looks like they’re taking decorating tips from European oligarchs of times past. There are peacock murals, blue velvet bar chairs (some of the most comfortable we’ve sat on in recent memory), and two shiny brass lobsters are proudly displayed behind the bar. They tell us someone left them behind one night and haven’t asked for them back, so they’ve bought crabs and prawns to add to the collection. On the food menu there are no corresponding crustacean capers to be had: just nuts, olives, cheeses, cured meats, and soon, a Reuben sandwich.

That hasn’t stopped them gaining fans fast. They’ve only been open for a matter of weeks and yet they’ve won hearts, minds and Facebook friends aplenty, which is why they’ve taken out People’s Choice in the 2018 Time Out Sydney Bar Awards.