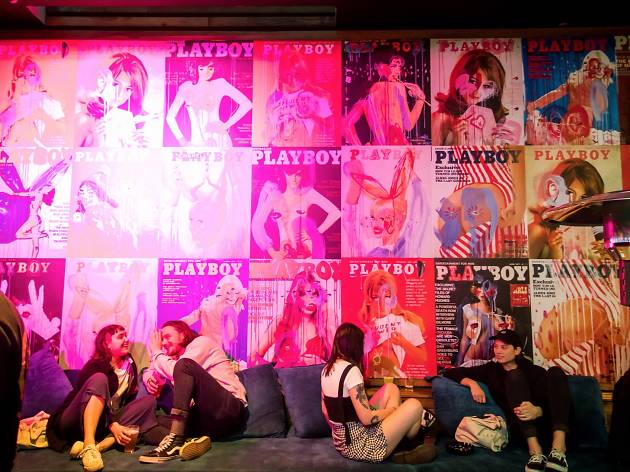 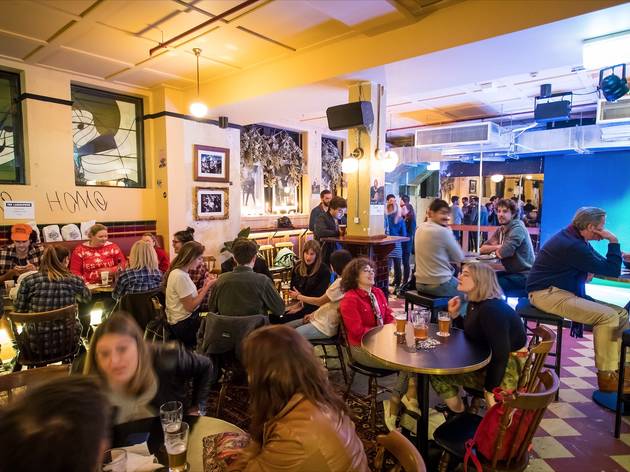 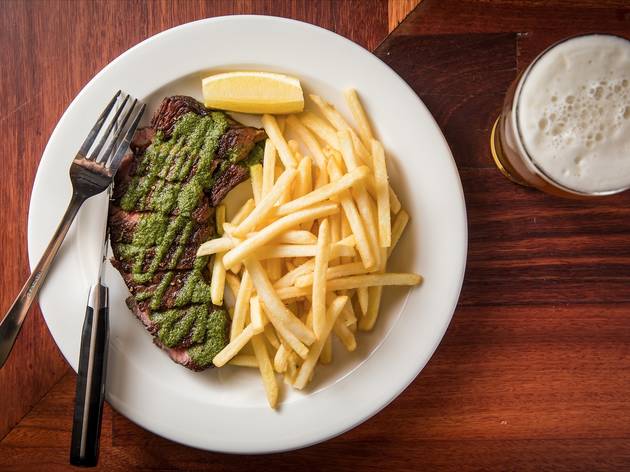 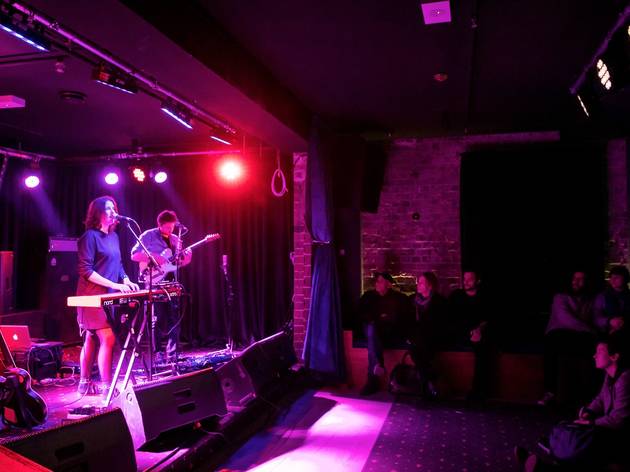 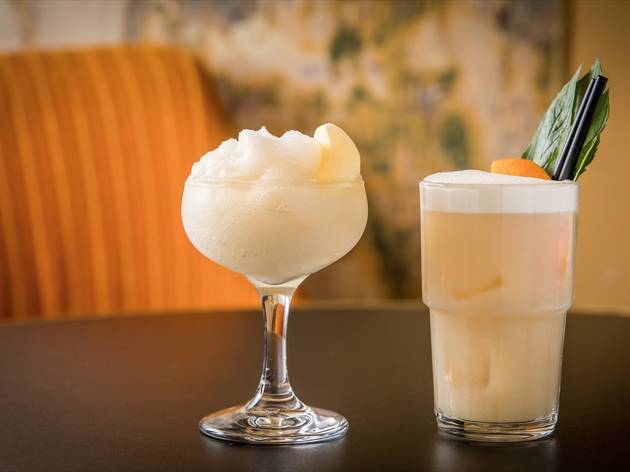 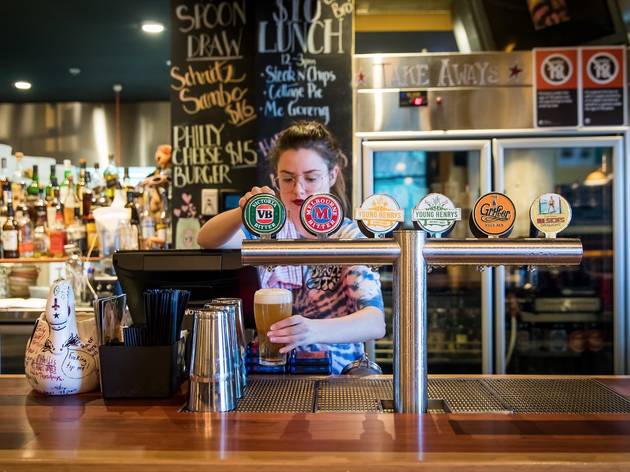 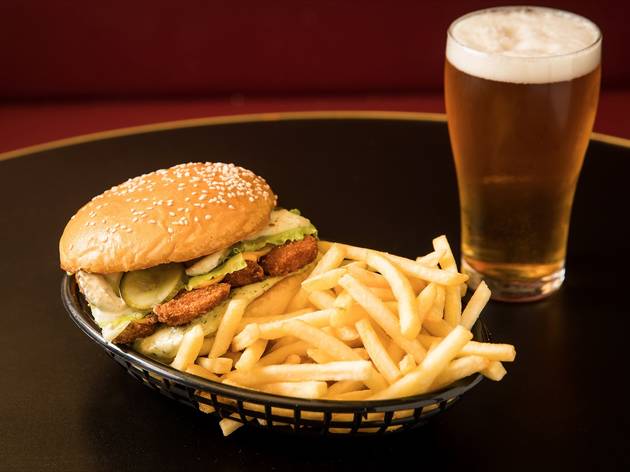 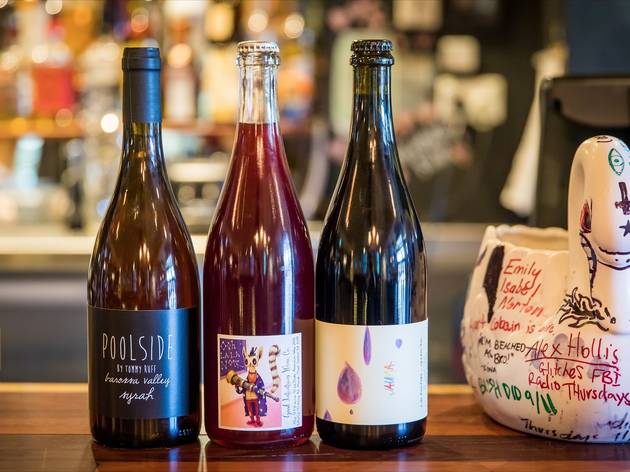 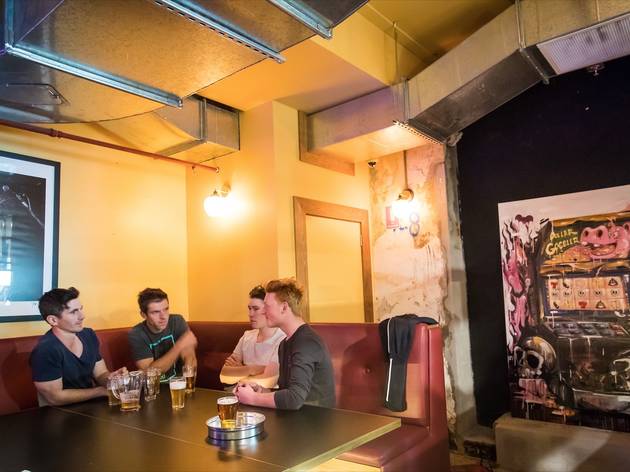 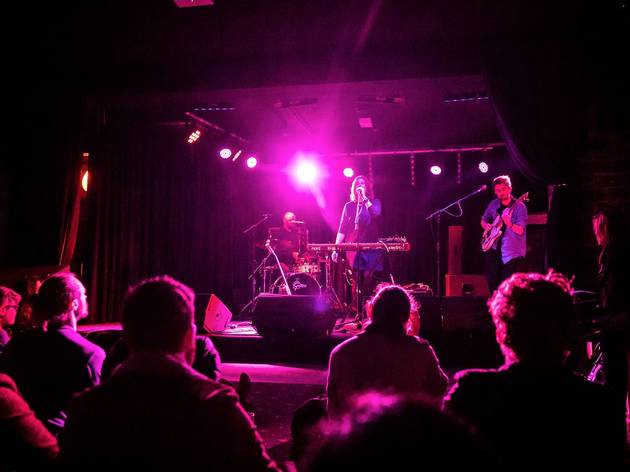 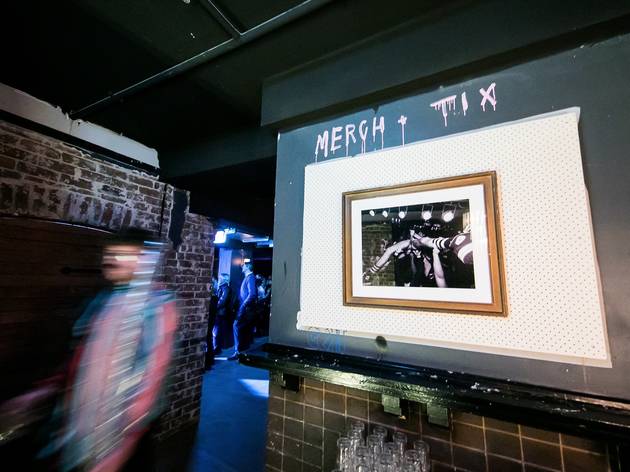 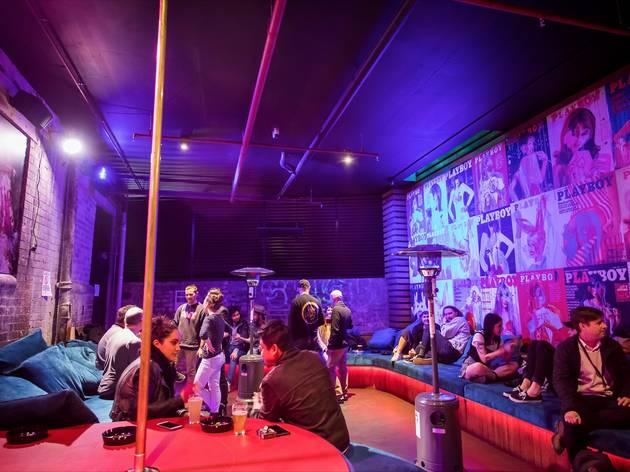 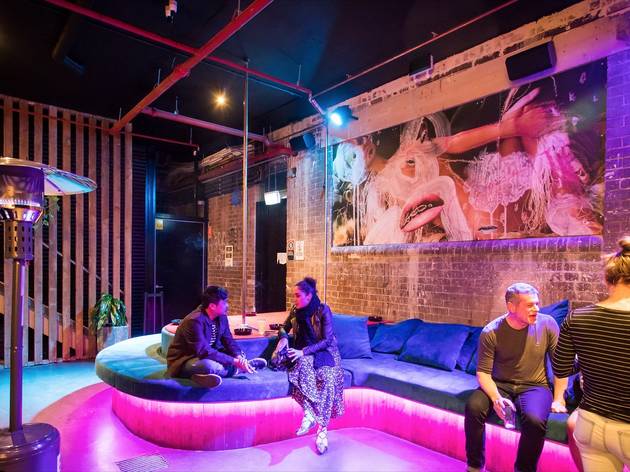 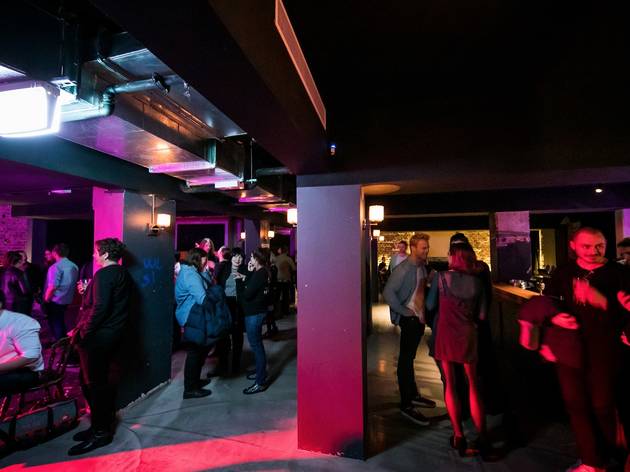 Prime position in Sydney pub folklore couldn't save rock’n’roll dive the Lansdowne Hotel from shuttering in 2015. But Jake Smyth and Kenny Graham (the duo behind Mary's and the Unicorn) could, raising the dead just two years on and proving some heroes swap capes for flanno.

The result of their hard work is a study in beautiful decay – like an architectural Keith Richards – honouring the building’s old bones without veering into rose-tinted nostalgia. The dead wood of shitty pub fare and the dreaded pokies have been picked clean for the choice bits, like the bar, which now fronts an open kitchen sending out classed-up junk food good enough to lure in punters on its own merits. (Read our review of Mary's Pizzeria here.)

Giant rugs and real candles give you that Seattle-grunge-in-the-'90s vibe, with a black-felt pool table for extra-strength late-night vibes and a tiny square of a disco-lit dance floor. The rock-chic lovefest continues in Jess Cochrane’s sexy Playboy mod-podge pop art murals outside where indie kids are smoking ciggies like it's still 2007.

The first floor bandroom gives breath to Sydney's oxygen-deprived live-music scene - a few bucks and a wrist band get you upstairs access to the velvet banquette-lined, 250-person venue that manages to feel intimate for a folky show, but gives you room to cut loose when King Tide or You Am I are on the stage.

VB and Melbourne Bitter for the old timers are tapped next to craft beers like Young Henrys and Grifter pale ale. Cocktail and wine lists are to the point – the former just seven classic drinks, (Mai Tais and a Daiquiri with JD) and the latter a smashable shortlist of boutique, natural bottles from Ochota Barrels, Jauma and Good Intentions. Here, pub wine is good wine.

Forty-eight-hour-fermented dough creates the golden, crisp-edged crust on the Detroit-style pan pizzas they’re serving – add LP’s Quality Meats pepperoni to your Motor City pie and you’ll never go Napoli again. Kimchi beef rib pancakes melt in your mouth and leave you with a lingering chilli burn; and the burgers are the greasy, cheesy fix you’d expect from the Mary’s crew, though our baskets came liner free with kamikaze chips fleeing through the holes.

On a heaving Saturday night a motley crew of punters pack out the place like a savannah watering hole during dry season, everyone rubbing along to Soundgarden bellowing through the speakers. So save the funeral song for someone else because the Lansdowne has risen again, like a rock'n'roll phoenix, and it’s a glorious sight to behold.