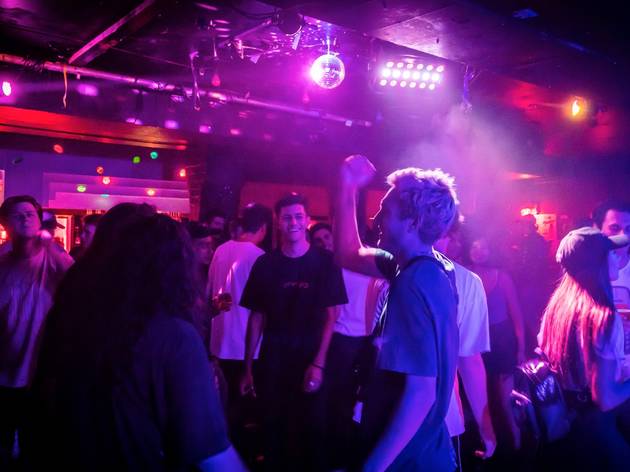 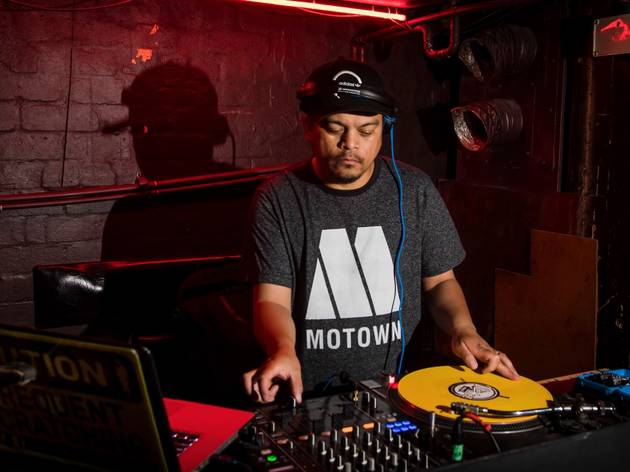 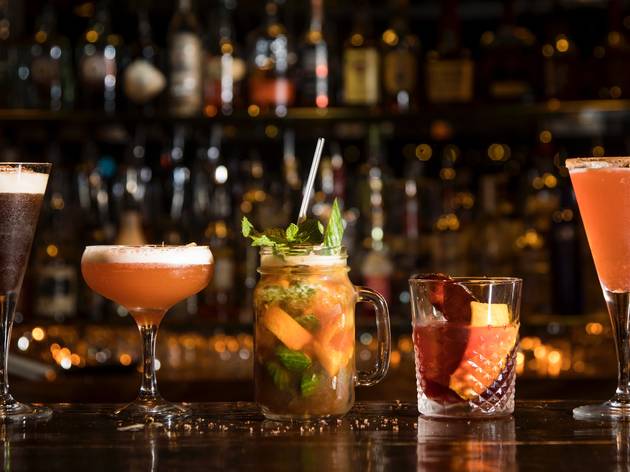 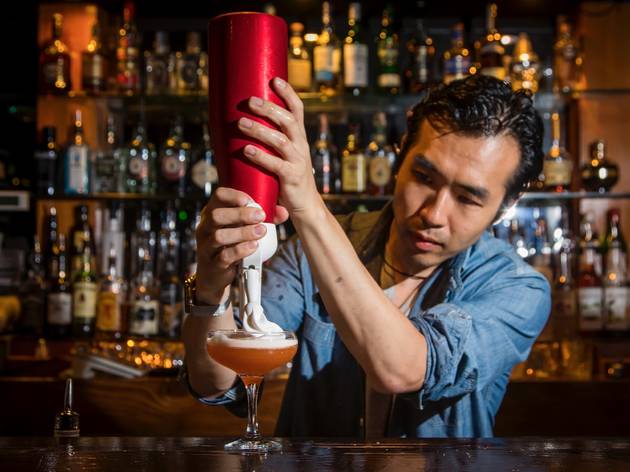 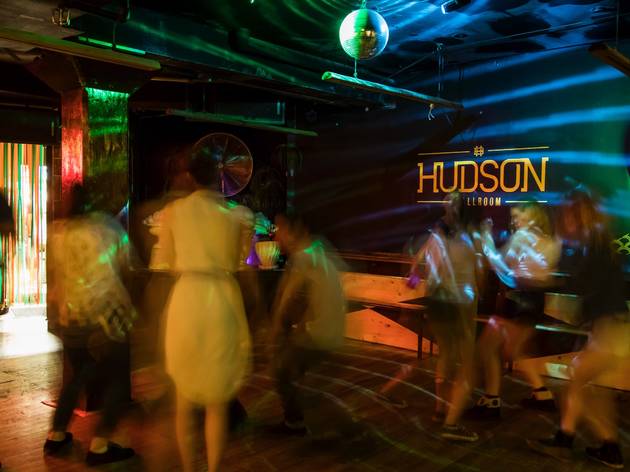 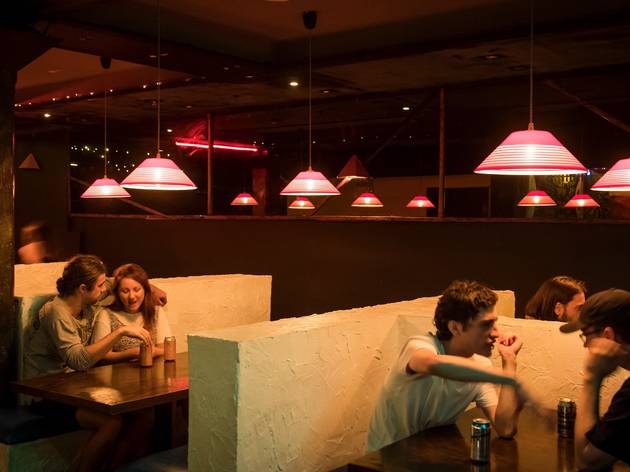 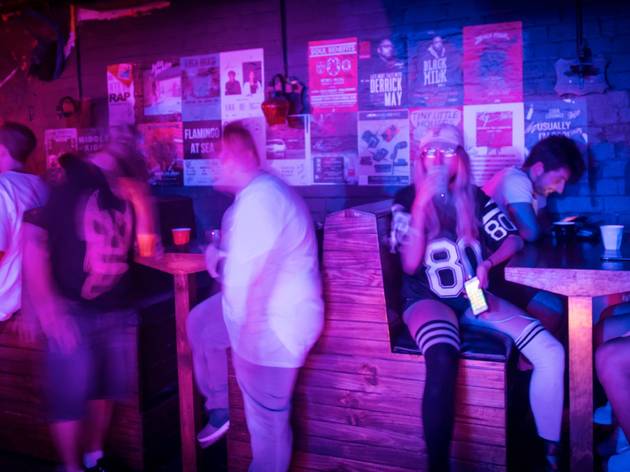 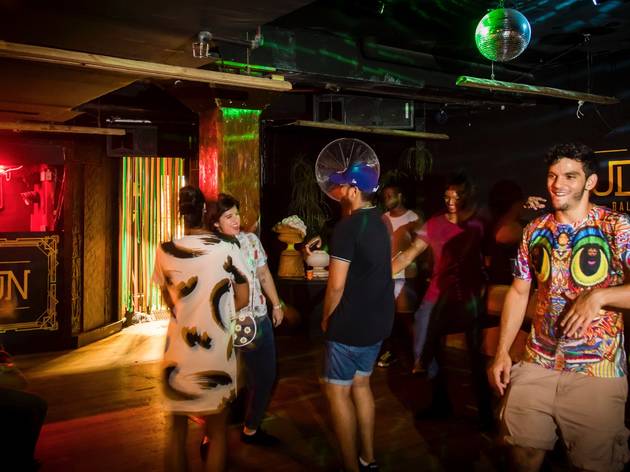 It started as Goodgod Small Club, spent a short time as Plan B, and now the underground nightclub on Liverpool Street in the CBD is known as Hudson Ballroom. But name changes aside, things are much as they ever were. The front bar still has that Bedrock feel to it, with the chunky white concrete booths for group hangs and canoodling, light-up bar, and dance floor with an enthusiastically spinning mirror ball and a DJ is cranking boogie-friendly tunes. The front bar is also where their pop-culture trivia nights are hosted.

Up the back is the Belly Bao kitchen that is open 5-10pm Wednesdays through Saturdays, slinging soft, pillowy steamed buns filled with pork belly and crackling, fried tofu, panko-crumbed chicken, beef short rib and soft shell crab to make sure all those cocktail jugs don’t derail your evening. But it’s in the back room that the party really gets fired up. It’s still one of the most dependable band rooms in the city, and hosts regular events like the Halfway Crooks hip-hop night captained by DJ Levins and Franco; ’90s dance parties that are super popular with people who still know all the lyrics to ‘Return of the Mack’; dancehall events for a little booty shaking; and a raft of surprisingly excellent touring acts, given the compact space they have to work with. It’s one of the most varied dance floors in the city, so even if you’re not a frequent party animal any more, you can still go out for a boogie night at whatever speed suits your current tastes.

The drinks list here is one that’s designed to facilitate good times, which is why in addition to the cocktail menu they have a whole lot of party-friendly beers in cans – you get all the refreshment of a Mountain Goat, Tecate, Young Henrys and Somersby cider and no one runs the risk of getting glass in their feet during their signature move. It’s win/win.