The best things we tasted this week

This probably comes as no surprise, but we're unquestionably here for the snacks at Time Out HQ. The editorial team eats out near constantly in our quest to uncover the best dining in the city and add them to your to-do list. Sydney is lucky to have some of the greatest dining options in the world, from cheap and cheerful lunch specials to the kind of high-end dining that requires black tie. For a snapshot of what's on our plates over the last seven days, from time-honoured favourites to new offerings on the block, here is our list of the best things we ate last week. 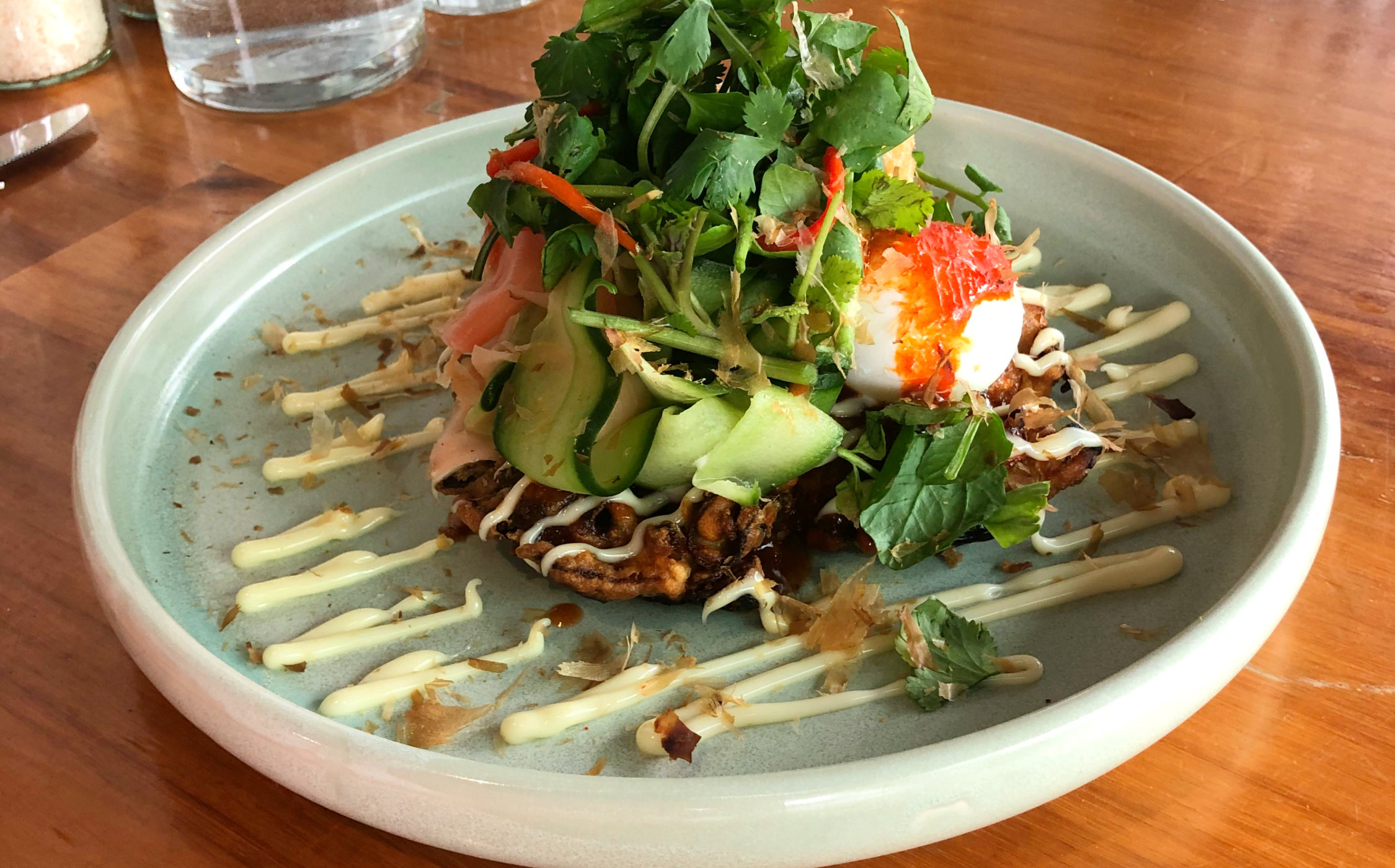 Fusion cuisine is hard, especially when it comes to that most hallowed of meals, brunch. The influences might be clear, the produce high quality, but dolloping an egg on a dish where it doesn’t make a lick of sense does not a successful brunch item make. On paper, the No 88 Okonomiyaki at Cuckoo Callay reads like it could easily become a failed experiment in cross-cultural brunchification. There are a lot of elements to balance here. And I mean a lot. A crispy fitter of cabbage and Japanese mountain yam, two very different vegetables demanding vastly different preparations; tempura prawns; a tower of loud garnishes including pickled ginger and cucumber, fresh coriander, watercress, sweet chilli jam, a drizzle of kewpie mayo and dried bonito flakes; and of course, the inevitable nod to breakfast, a soft poached egg. However, the proof is in the eating and my delighted palate can confirm that this far from a fail on any level – especially impressive considering this is far from a convenient dish to put together. Each part demands a certain kind of finesse, applied at just the right moment, and a sophisticated understanding of the flavour wheel. Surprisingly, it's the egg that makes sense of all this complexity. Far from being an arbitrary interloper, the silky, emulsified gloss of the 63-degree egg softens the bite of the pickled ginger and tempers the of fire of the chilli jam. It marries the earthiness of the yam with the sweet-saltiness of the tempura prawn, while sparring playfully with the brittle textures of the dried fish and pungent coriander. It’s a masterclass in what fusion cooking can achieve when executed well. 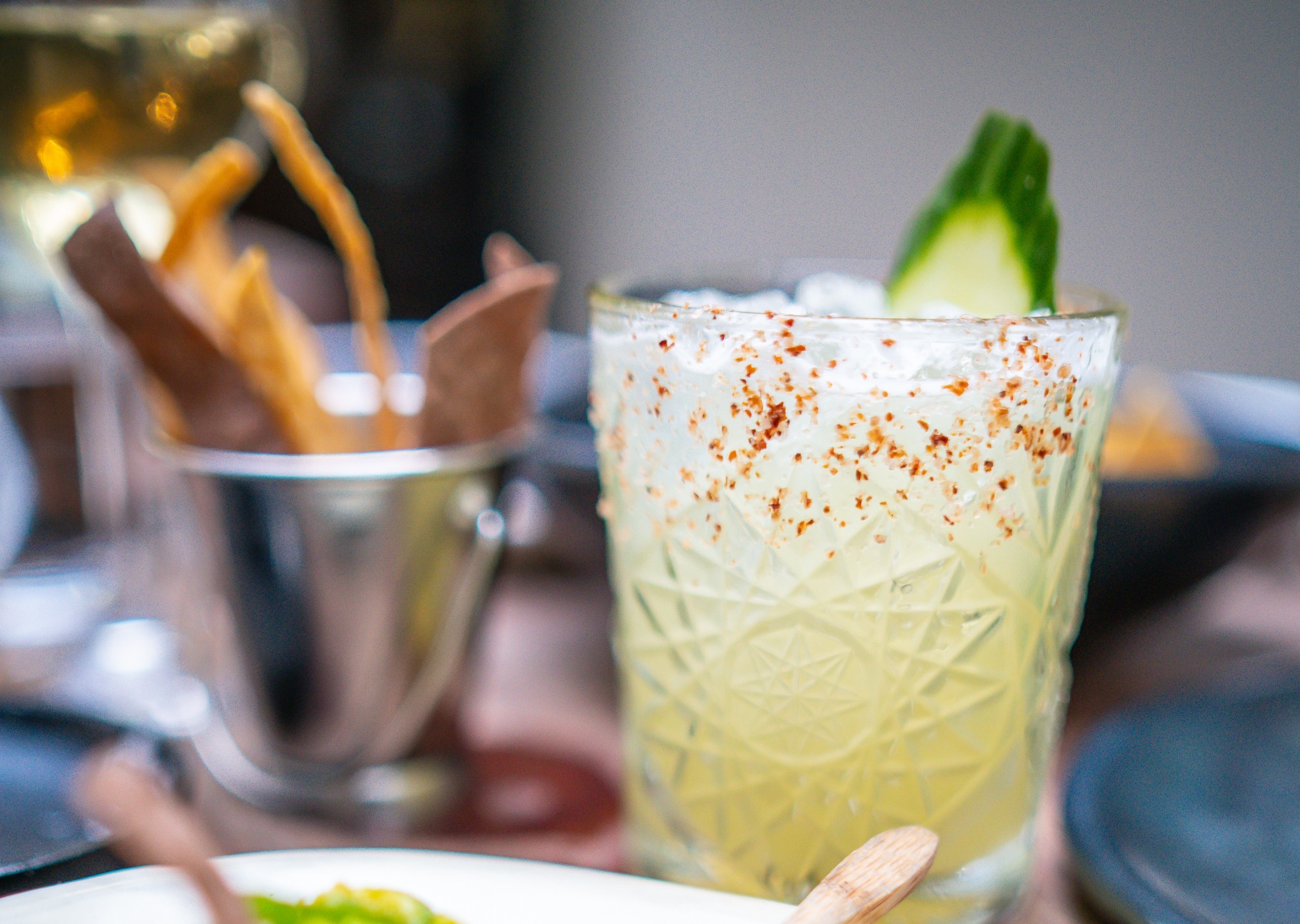 All it takes is the slightest whiff of warmer weather in the air, and I'll decide I have no use for sweaters or layers and shiver through the majority of the trans-seasonal months. The same goes with drinking. Be gone, hearty reds and comforting dark spirits – it's Margarita season. Inside a cozy terrace house in Paddington's Five Ways is Tequila Mockingbird, a suave bar with Latin-American share plates and a keen focus on agave-based spirits, whose simple tapas-style plates and well-heeled patrons are much chicer than the vaguely kitschy name would imply. The bar's signature drink is also named the 'Tequila Mockingbird' – a joke so good it couldn't just be made once – and has a base of Don Julio Blanco tequila and St Germain elderflower liqueur, tempered with the freshness of lemons and a towering wedge of cucumber. The playful riff on a Margarita has the lightness and zing that the first drink of the evening demands, with a subtle sweetness, as well as a hearty kick of jalapeño – perfect for too-eager summer fanatics to sip on the second level's open-air balcony. 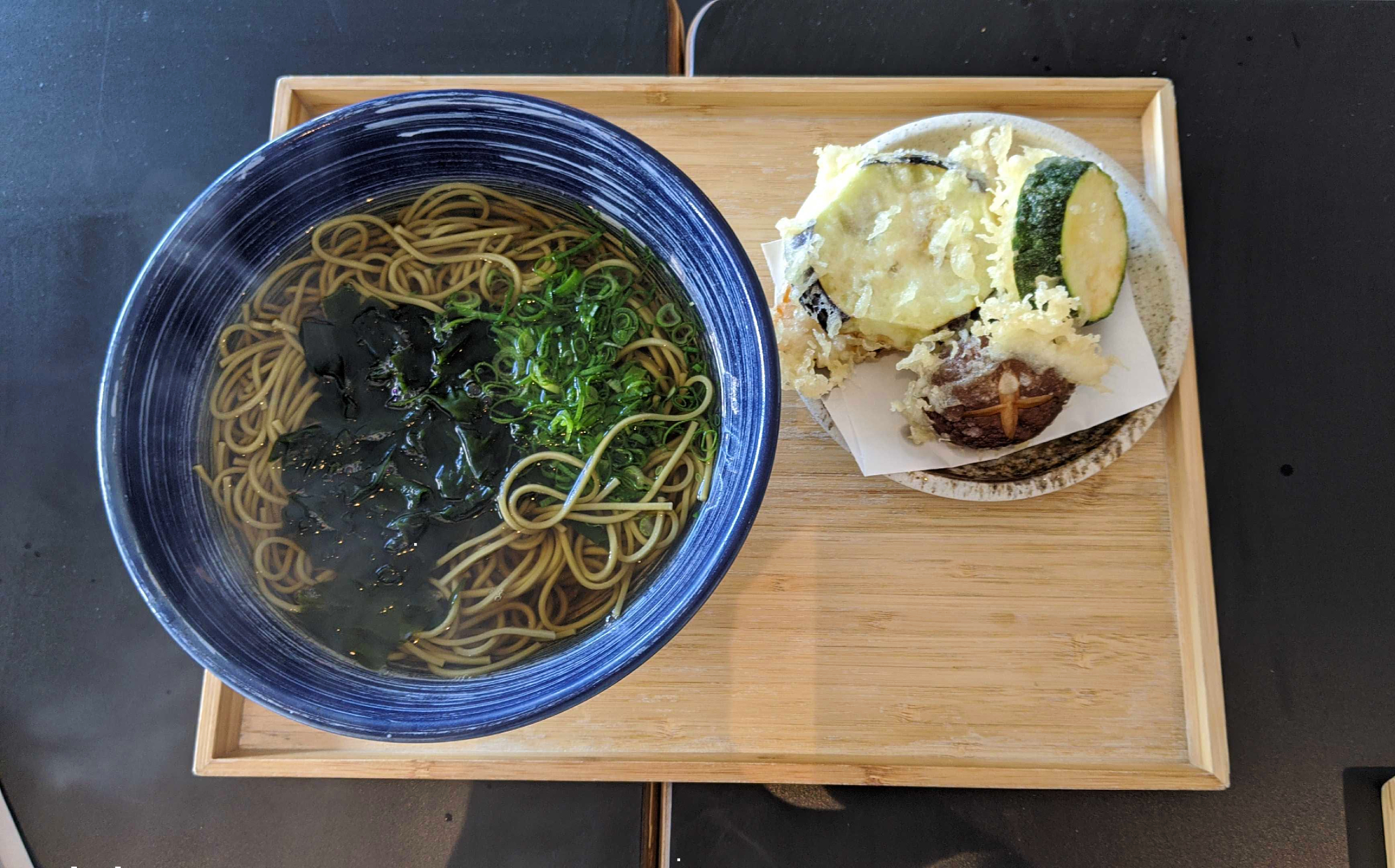 Yes, you're eating deep-fried food for breakfast, but somehow it feels almost virtuous when it's giant chunks of pumpkin, eggplant, mushroom and zucchini coated in a tempura batter so thin it's basically gastronomic négligé. Perhaps it's the whisper of smoky green tea flavour in the soba noodles that ticks the breakfast box in your brain, or maybe it's the warming but not over-seasoned dashi broth they're swimming in that cinches this as one of the city's most satisfying ways to start the day. You feel full but not heavy, and by knocking over so much veg first thing you've basically cleared the way to eat nothing but biscuits from 4pm onwards. Kurumac does not dabble in half measures - there's no bacon and egg roll with Kewpie mayo hiding amongst the salmon congee, and onigiri. They serve an exciting mix of Japanese breakfasts, very good coffee, and pastry treats if you really can't handle your savouries in the morning.

Let’s not beat around the bush – this is a dessert that looks like a penis, entirely on purpose. While the ridiculous novelty of being served a dish like this at a restaurant is obviously the main drawcard here, it’s not only a gimmick. It’s actually a perfectly balanced chocolate terrine served with a side of light, fluffy chantilly cream. It arrives at the table standing erect on the plate, brushed in a metallic finish, with a structural integrity that harkens to the horrifically fascinating, aspic-laced jellied dishes of the ’70s. And yet the texture is not the crystalised goopiness you might fear, but instead a smooth, rich, cakier answer to a chocolate mousse, with the cream there to break up the density of the chocolate flavour. Alright, maybe it’s not the most sophisticated dessert out there, but it achieves some of the qualities I most appreciate in a meal – it’s theatrical (it comes with a pair of metal handcuffs to ‘experiment with’), it's a conversation starter, and it actually tastes good. The Big Brown Chocolate (BBC) is being served for a limited time as part of the set menu for Rood Food, an X-rated drag ‘n’ dine experience at the legendary Imperial Hotel.

Hungry for more great Sydney eats? Check out our pick of the 50 best restaurants in Sydney right now.