Sydneysiders have fallen so deeply in love with these lilac goddesses that the jacaranda tree is often mistaken as an Australian native, when she’s actually a Brazilian babe.

To account for the purple floral takeover of Sydney, locals have come up with a few interesting explanations for the tree’s prevalence. One tale that is probably an urban myth is the story of a hospital matron who sent newborns home with jacaranda seedlings to spread the lavender haze around the city, others credit civic workers who supposedly planted the trees as part of a city beautification program in the early 20th century up until the 1960s.

But whether they came by way of a stylish Brazilian botanist or were flown in via newborn-bearing storks, jacarandas stretch their dreamy purple limbs out across Sydney every year from now until the end of November, bringing floral joy and feeding the Instagramming masses.

Now we’re in the thick of jacaranda season, here’s a few of the top spots to go tree hunting around Sydney and NSW. 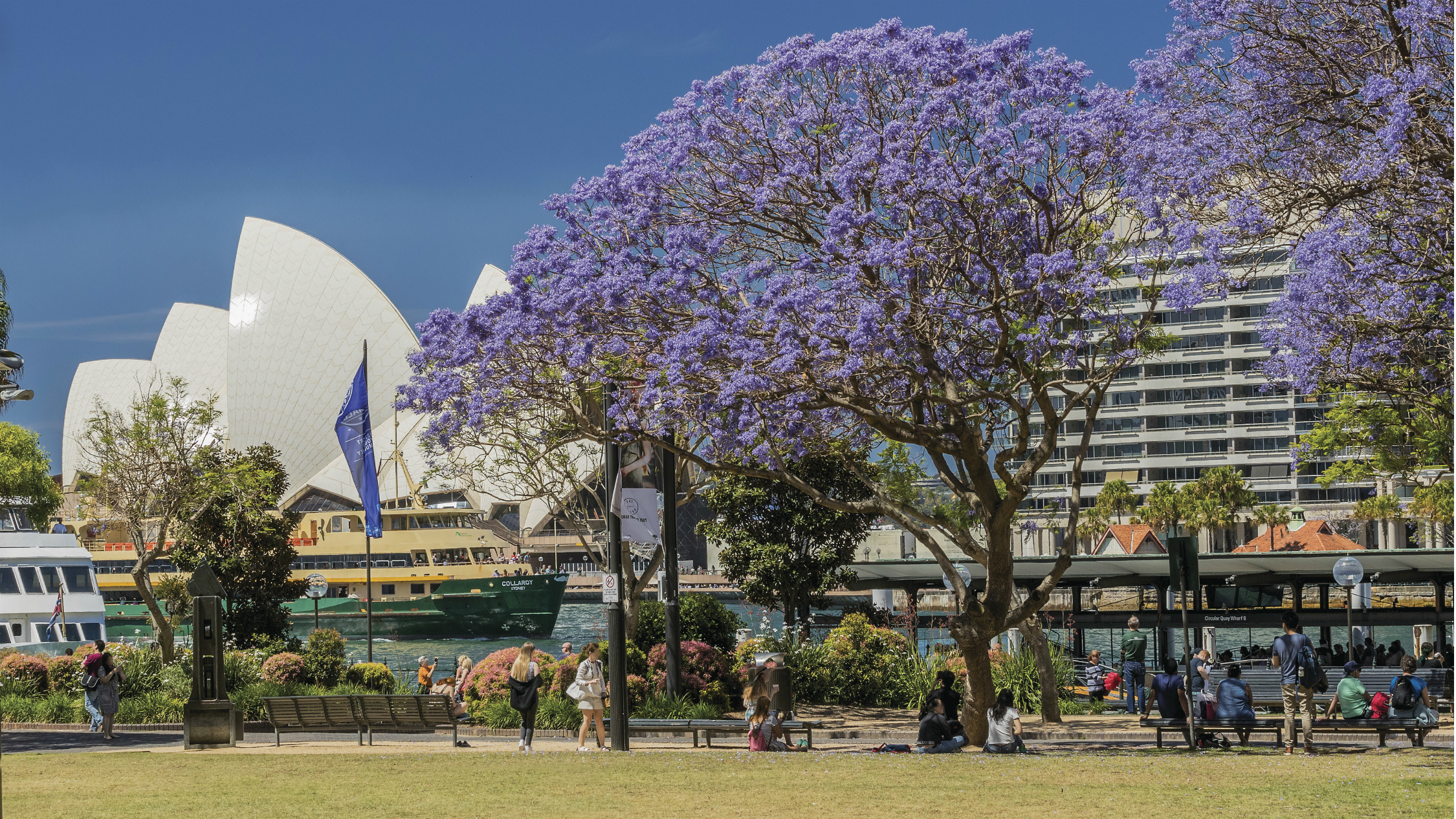 Circular Quay and the Rocks
While the big white sails and ol’ Mr Coathanger are splendid sights to behold without floral adornments, the subtle embellishments of lilac flowers are a fresh spring framing for these iconic structures. Jacarandas bloom along the foreshore, the cobblestoned streets of the Rocks and in a big bright forest between the ferry wharf and the MCA.

Kirribilli
The North Shore is home to some real tall poppies in terms of jacaranda trees, but Kirribilli’s McDougall Street must have something in the soil. When they’re at their blooming best, the trees reach out for their neighbours, creating a flowering arch and a fairytale scene on the street below.

Paddington
If the bold hue of Sydney’s favourite trees has inspired you to seek out a copycat purple outfit, check out more jacarandas on Oxford Street in between browsing. Don’t miss the intersection with Glenmore Road, which offers an explosion of colour as the tree-lined streets merge.

The University of Sydney
The jacaranda in the Sydney Uni quadrangle had acquired an unusual level of celebrity status for a tree before uprooting the whole school (emotionally) and passing away in 2016. Luckily, the university cloned the 88 year old before she moved on, so her almost-offspring will hopefully be wowing us with their modern jacaranda style this season.

Lavender Bay
Purple picnic? Lavender Bay is the place to do it with mauve-clad views of the harbour. But watch out for falling flowers – those bright little buds are prone to shedding and come with a sticky residue for maximum mess. They’re also like hardcore rave caves for native bees, so picnickers beware. 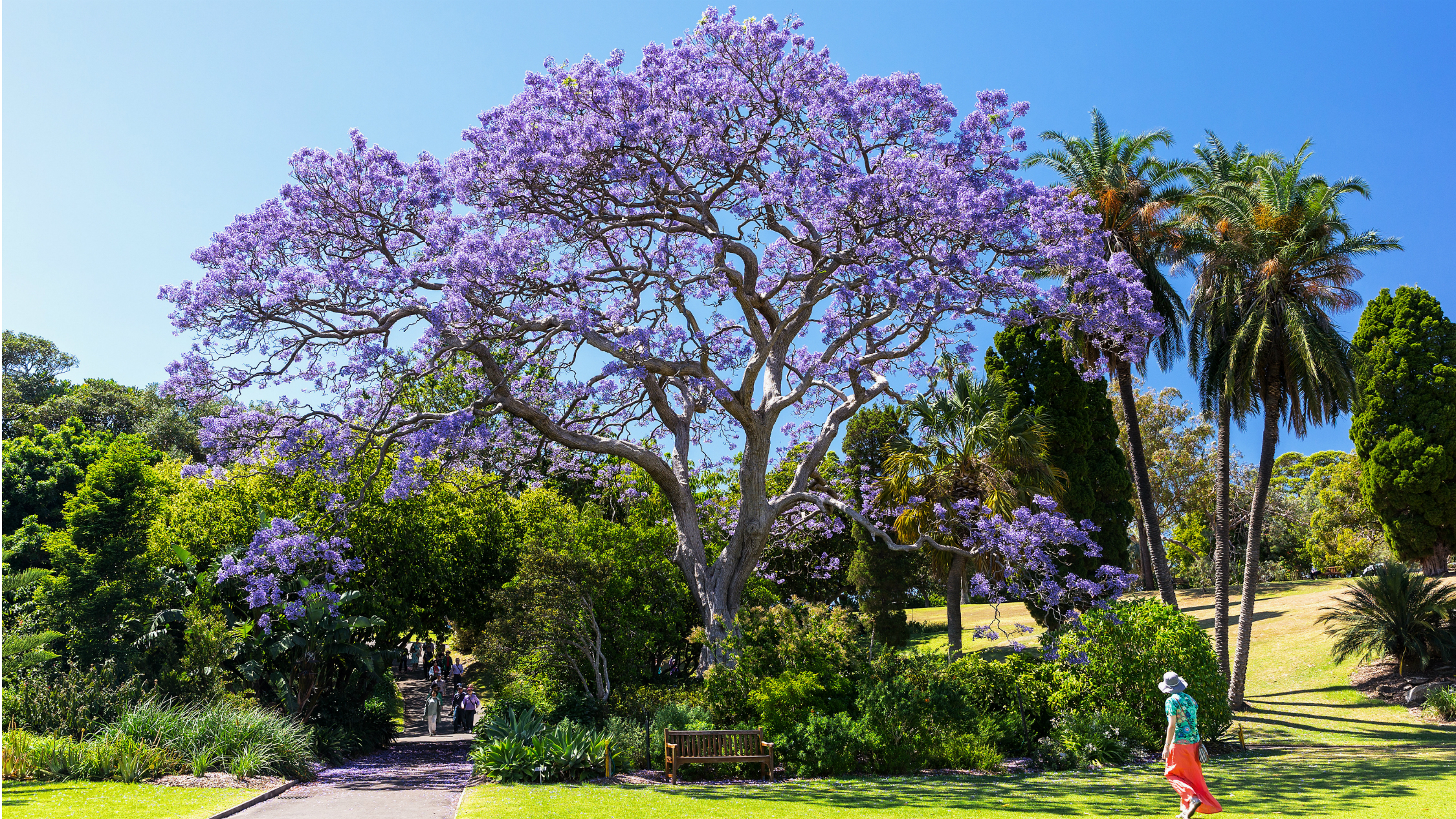 Royal Botanical Gardens
This one’s a no-brainer – you’ll obviously find fab flowers in a garden – but these jacarandas will still blow your mind.

Camden
If you’re itching for a jacaranda-themed mini road trip, you’ll find an impressive corridor on Argyle Street in Camden, just south west of Sydney. They’re pretty proud of their purple patch too, purposefully beefing up their family of trees last year by planting eight additional mature jacarandas to their collection. 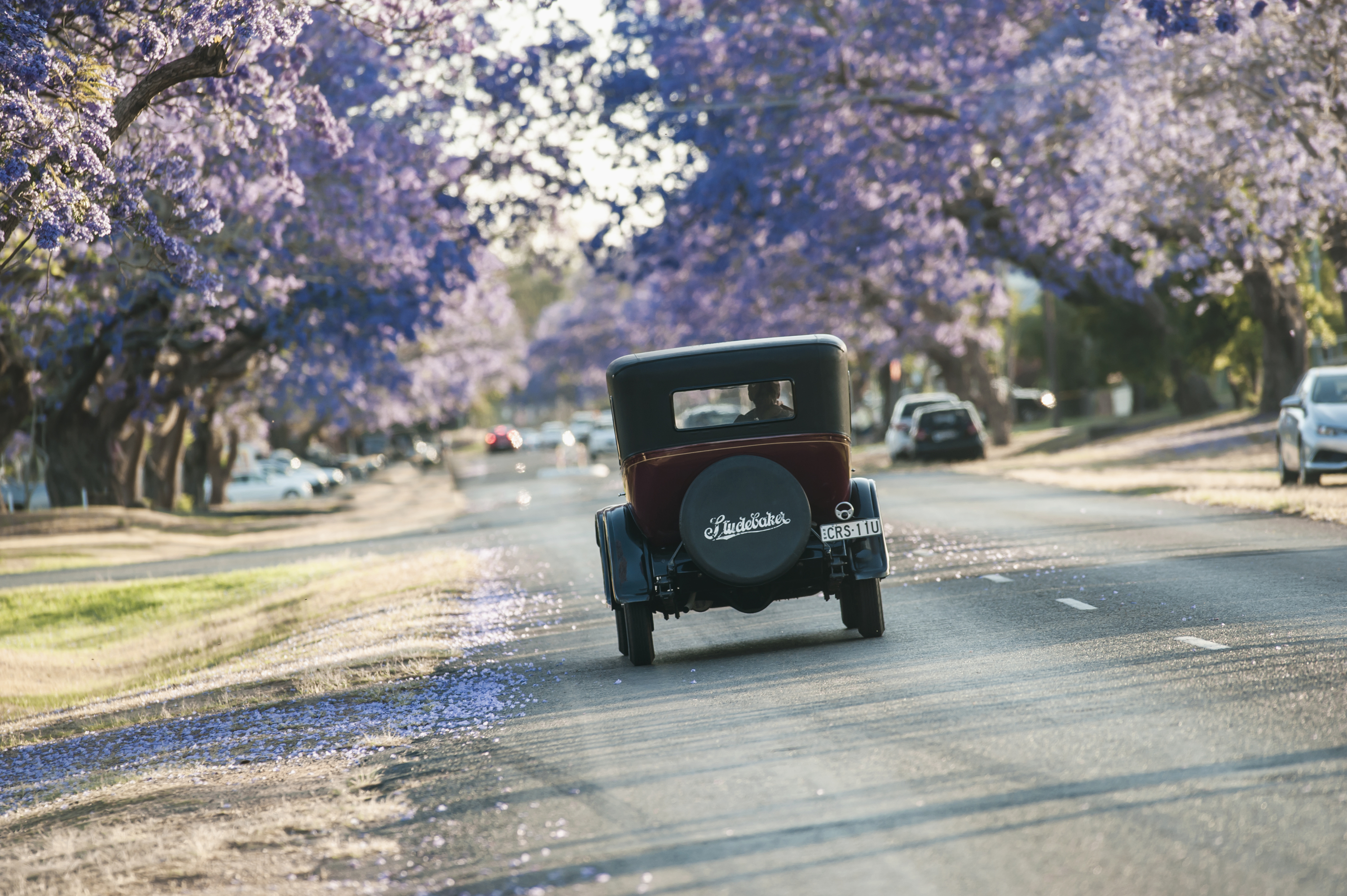 Grafton
With more than 2,000 jacaranda trees and the annual nine-day Jacaranda Festival, Grafton may have possibly stolen the lilac crown from Sydney. The Northern Rivers town is a bit of a trek, but six-and-a-half-hour drive might be worth it for the jacaranda family reunion.

Hungry for more horticulture? Order a bouquet from the best boutique florists in Sydney, or check out our favourite plant nurseries.