There’s a new captain in the kitchen of this tiny Italian wine bar, but it’s still a guaranteed pasta party

Trisha Greentree is very open to the power of suggestion. The freshly minted head chef of Paddington’s beloved Italian wine bar 10 William Street has stepped into the space left by outgoing chef Enrico Tomelleri, and is letting the wine and the produce dictate where the menu goes – within strict boundaries, of course. It wouldn’t be 10 William Street if it didn’t have the pretzel and whipped bottarga on the menu, three pastas and the tiramisù, which possesses more airy lift than a helium balloon.

Seeking a new perspective and a break from the kitchen at Dan Hunter’s Brae in Birregurra, Greentree started working full time in the market gardens at the restaurant. “You learn as chef, but as a farmer you learn what a chef needs,” she tells Time Out. When 10 William owners Marco Ambrosino, Enrico Paradiso and Giovanni Paradiso approached her with an offer to take on stewardship of their long-standing wine bar, they didn’t like their chances of luring the chef from her country idyll, but their timing proved serendipitous. “The boys passed it by me, knowing I’d never move back to Sydney, but when it was mentioned I decided it was a perfect fit. I am heavily into natural wine. I’ve never cooked in a wine bar before, but it’s the food that I want to eat. Thinking of that lifestyle and how I want to cook for the next period of my life, it made sense,” she says.

Instinct plays a big role in Greentree’s approach to menu development. “If you’re produce driven, it will tell you how to apply it. What does the environment want, what does this table need? The winemakers come in and do tastings and you pick up on certain profiles and then wander back to the kitchen, you might not know it, you might be unconscious of it, but it might make you crave something, or make you want to cook something.”

Perhaps on your visit she’ll be attempting to recreate a dish she ate in Sicily, coating strozzapreti in a beautifully balanced pesto of green pistachios and intensely peppery rocket with the sweetness of basil, parmesan stock and lemon juice for acid.

A rich, soft and sweetly porky ragù is cooked in whey from the housemade ricotta, but the secret twist is borrowed from chef Danielle Alvarez from Fred’s up the road – she’s mixing pumpkin through the sauce for the sweetness that you might otherwise expect from the fructose in tomatoes.

The caponata is a deceptively simple dish that relies on timing more than anything else for effect. The veg are grilled to order, which is what guarantees the custardy texture of the base nightshade under a handsome cap of sweet and sour peppers and pannogratto crunch.

Not everything on the menu is strictly Italian. Greentree is Filipino and grew up on leche flan. In an effort to use the excess of oranges that an Italian wine bar serving Spritz naturally produces she decided to use the fruit to make a caramel with herbal depths thanks to red vermouth, poured over a perfect oval of wobbling baked custard.

But when it comes to the pasta, things stick to tradition. Given there’s rarely a table that doesn’t order a pasta, and sometimes they order them all, it’s the backbone of the 10 William Street offering. “The noodle has to match the sauce. They need to cook together well, to have the right mouthfeel, to have the perfect relationship.”

The city’s love affair with 10 William Street was already pretty rock solid, but with Greentree calling the culinary shots you should renew your vows to eat here more often. 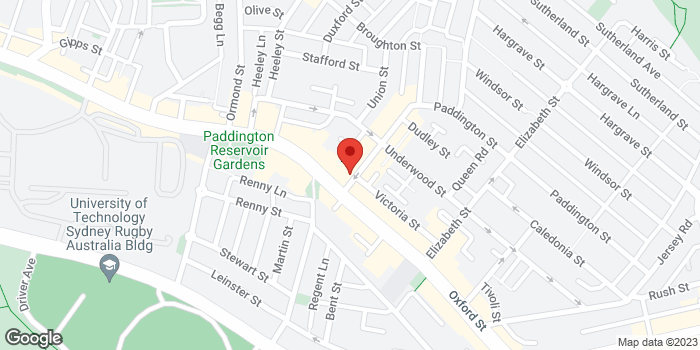