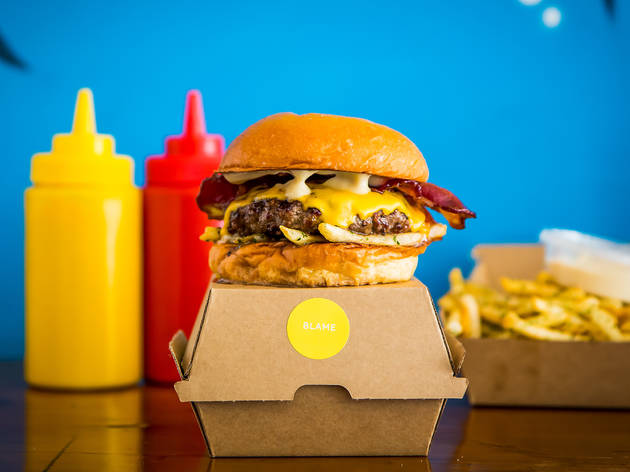 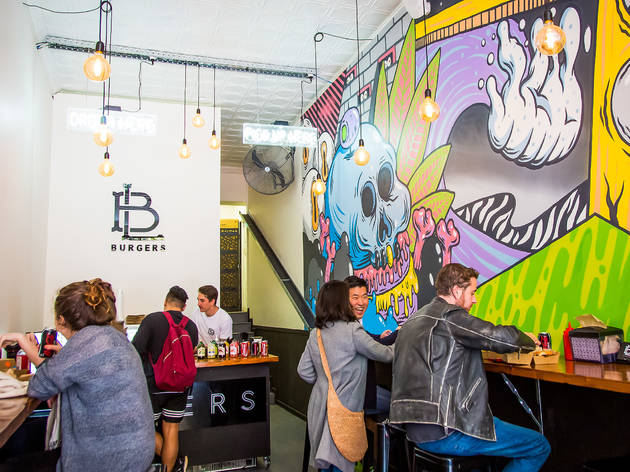 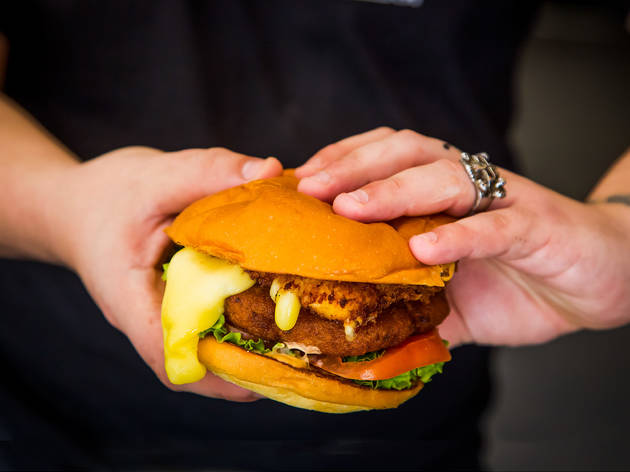 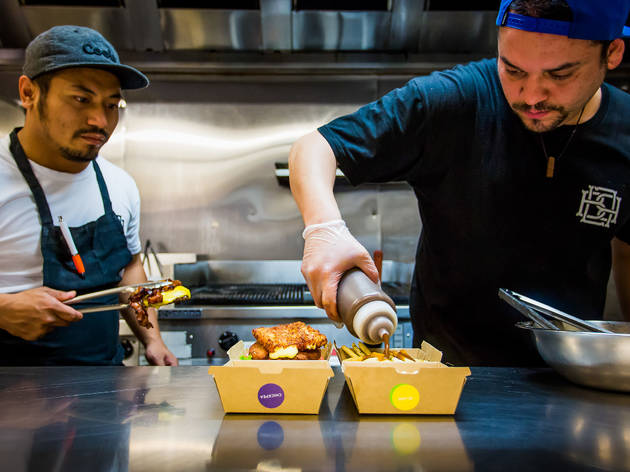 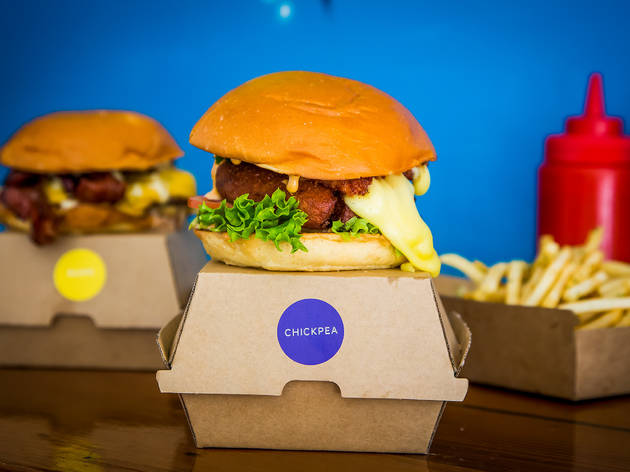 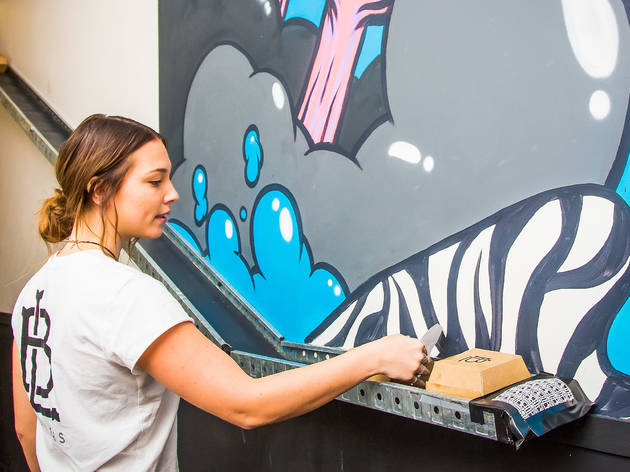 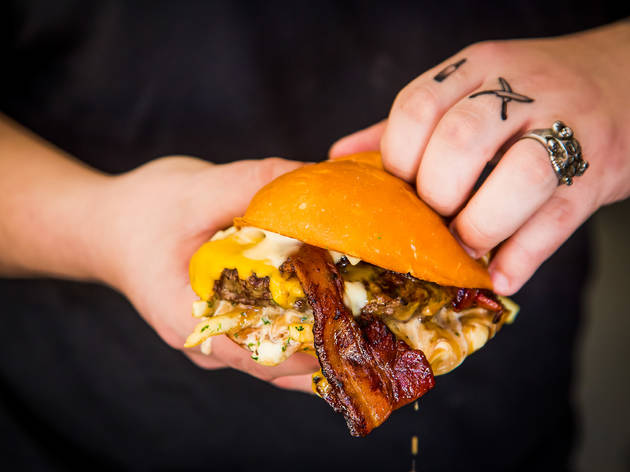 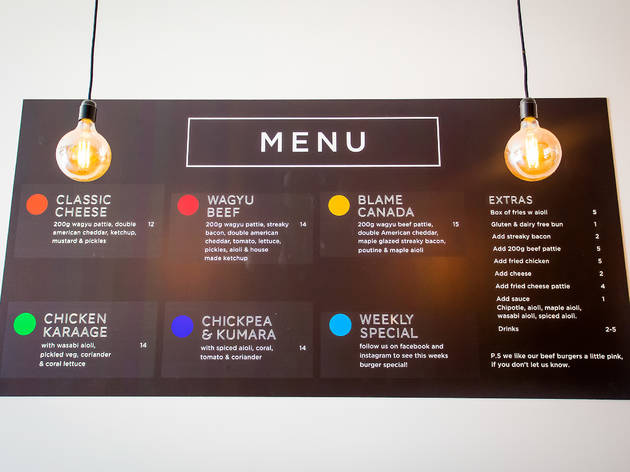 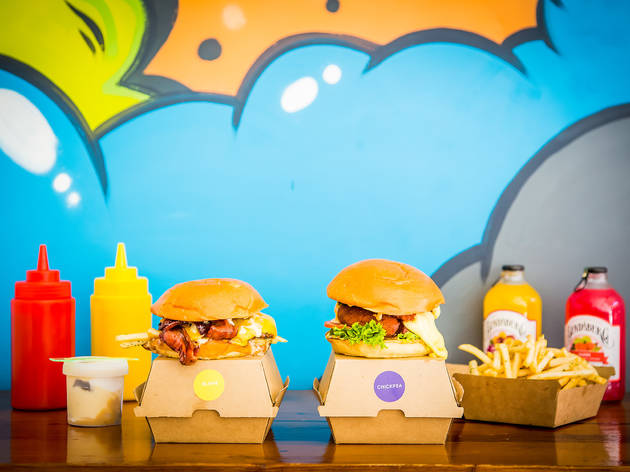 BL Burgers is situated on a busy stretch of Oxford Street, right next door to Mr Crackles, and they're in the right place for late-night eats. It's a long space decorated with colourful graffiti, with bars lining each wall and high stools to sit at. There's a slide at the side that they're said to throw burgers down from the kitchen up the stairs, but no such luck when we visit.

But down to the important stuff: the food. There are five burgers plus a special on offer, and sure, you could have a cheeseburger, but these guys are known for their riffs on the classics, so we say order the Blame Canada instead. It's a thick, pink-centred beef patty topped with crisp, maple-glazed bacon, double American cheese, poutine (fries and cheese curds soaked in gravy) and maple aioli. There's a lot in there so you probably won't be able to tell the elements apart. But this is a bloody good burger: nubbly meat, crunchy bacon, and creamy mayo that's not overly sweet. As if we were not already persuaded by their delightful Prime Minister, we don't blame Canada; we support it.

The fries we'd bypass; they're nothing special. But don't be afraid of the veggie burger, even if you're not a veggo, because it's just as good as the meat option. A fudgy chickpea and kumera patty is paired with spicy mayo, lettuce and tomato. It's a carb fest worth celebrating. If you're not vegan, we would strongly suggest you get a fried cheese patty in there too. It's a massive piece of mozzarella crumbed and fried, and it oozes into the burger the way only melted cheese can. Do it.

There's no booze (that's what the rest of Oxford Street is for) and although one member of the team is super friendly, the other staff are all acting a tad too cool for our liking. And a word of warning: there’s no bathrooms. We leave with ridiculously filthy hands – as only a good burger delivers.