Everything old is new again, which rings true on several levels at Da Orazio Pizza + Porchetta, chef Orazio D’Elia’s return to the same Bondi address that he first lent his name to back in 2013. When the OG Da Orazio vacated in 2019, mod-osteria CicciaBella took over the location – a relatively minor sleight of hand given that both restaurants were operated by hospo heavyweight Maurice Terzini, of Icebergs fame. However, D’Elia’s homecoming, along with the re-rebrand back to Da Orazio, is no longer a matter of same-same-different semantics. He returns as a solo venture, although it’s clear D’Elia shares his former business partner’s flair for stylish execution, both in and out of the kitchen.

Much like the original Da Orazio, the interiors are simple, clean and bright. But whereas the space once channeled a nautical spirit, the 2.0 dining room takes its cues from ‘70s Italia. And not in an overly hammy or cliched way – this is retro done right. Every surface of the walls and ceiling (save for the cast concrete slab that looms over the kitchen – a striking presence in both the original Da Orazio and CicciaBella designs that would have been a shame to lose) is covered with the magnolia-painted popcorn stucco that developers have probably spent hundreds of thousands of dollars banishing from the dated Bondi apartment blocks you’ll find all over this corner of the suburb. Non-recessed downlights on exposed tracks and wall sconces in a deep tangerine hue tell a similar story of yesteryear, as do the decorative breezeblocks that front the service area and the glazed orange backsplash in the kitchen beyond.

We visit on a Wednesday night, and the joint is packed during our 7pm sitting, with the host politely turning away several walk-ins in just the few minutes we’re waiting for our table. Meals aren’t hurried, but there’s nonetheless a white-knuckle momentum to the dining room, the kind of road-meets-rubber pace of a restaurant firing on all cylinders with back-to-back covers and no room for error. Not that the vibe ever veers too far into the frantic. The staff are swift yet slick, pronto but polished. This is Italian energy with Bondi charm, exemplified by the signature Negroni. It arrives in what seems like seconds and yet is perhaps one of the best mixed of this omnipresent fave I’ve sampled in the Harbour City in quite some time – knife-edge precision between the bitter and sweet; the younger, better-looking brother of an Old Fashioned, rather than the herby, rooty chore some lesser Negronis inflict.

A glance at the menu is great news for anyone who loved Da Orazio the first time around. Expect some deja vu – in a good way. There is still the comprehensive Neapolitan pizza offering, each hand-thrown and charred to perfection in the wood-fired oven by dedicated paddle-wielding pizzaiolos who rule over their very own quadrant of the kitchen. The sweet, sunkissed acidity of the house-made passata sparring with the smoky, blistered earthiness of the perfectly proofed crust is so good it more than deserves to feature in 17 of the 18 pizza options on the menu.

There’s also an encore for the rolled and roasted pork – the eponymous and ever-popular porchetta – served two ways, either as a sandwich, served on pizza bread with marinated eggplant, cos, mayo and chilli, or Roman style with all the trimmings. Opt for the focaccia con porchetta (the pork sandwich): a rich, fatty, juicy, joyous riot of flavour and texture that you’ll barely be able to contain as you bury your face in it – to the point that you may well question if the sandwich is even more excited for you to eat it than you are to get it in your gob.

If that sounds a little inelegant over dinner, the extremely streamlined pasta menu is a fine alternative. As if plucked straight from Nona’s kitchen, the Sardinian fregola frutti di mare is a rustic yet refined showstopper, served in an unassuming casserole dish. Silken calamari, mussels and clams with just the right bite and head-on king prawns that marry flawlessly with the bisque-ish tomato sauce play amongst melt-in-the-mouth pearls of pasta, offering a textural foil to the clacking of shell against spoon as you serve your second (or third) helping. I have, quite genuinely, dreamt about it since.

Sydney isn’t short on good Italian restaurants, but where there’s demand, there’s supply, and given the roaring trade D’Elia’s Bondi resurrection is already enjoying, it’s clear to see the decision to take another crack at this location was a sound one. And sure, we're not seeing much now that we hadn't already seen from Da Orazio then, but it's still good to be reminded why it was so damn beloved in the first place. 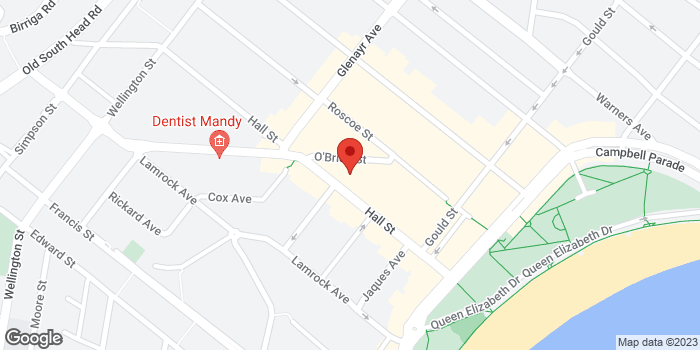