Restaurants Enmore
Recommended
4 out of 5 stars 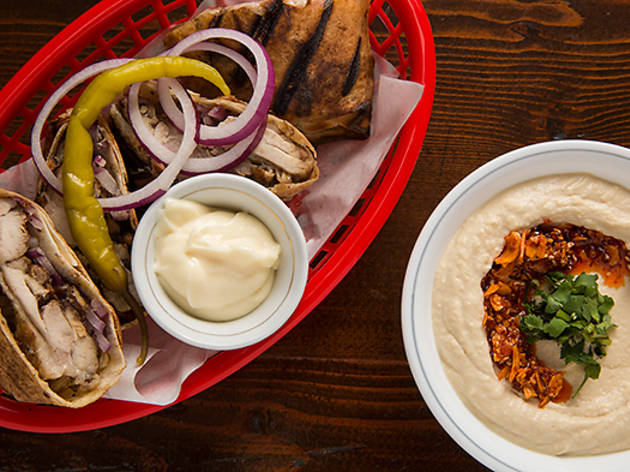 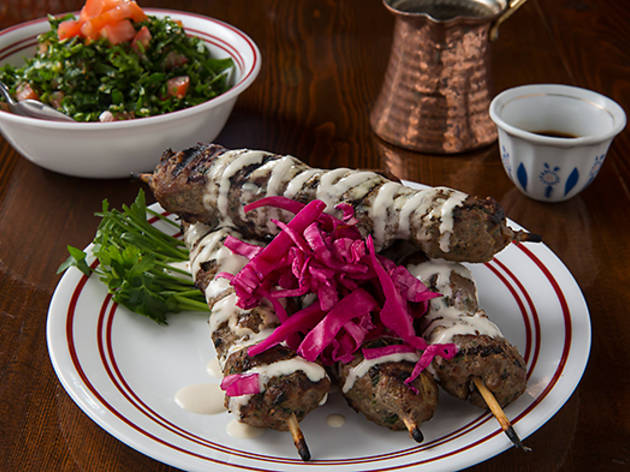 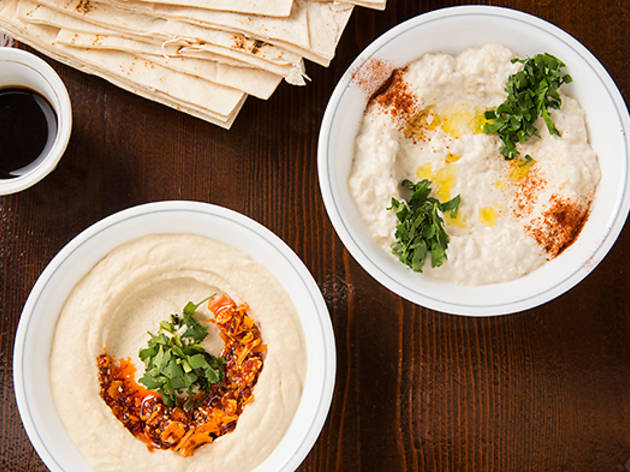 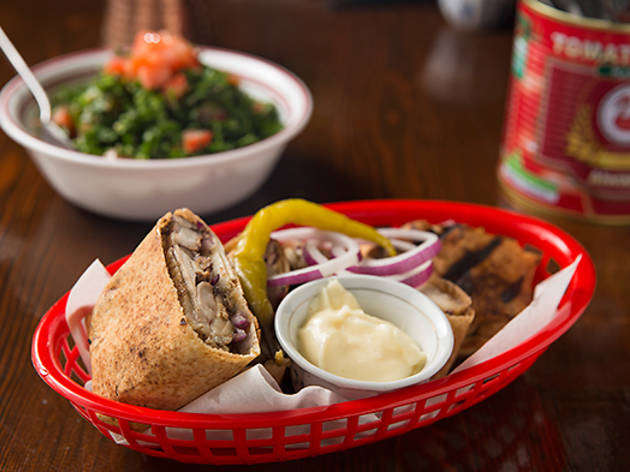 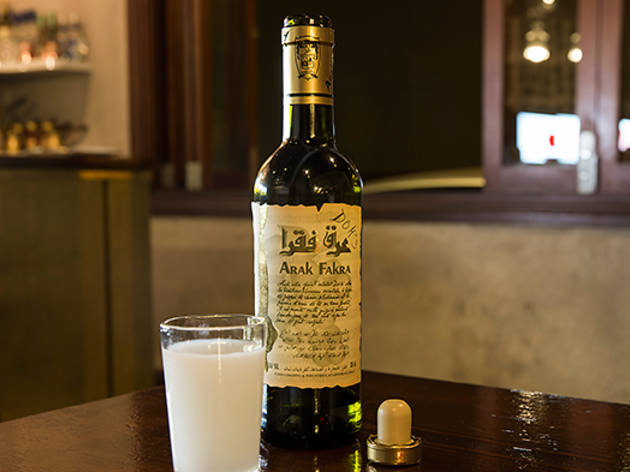 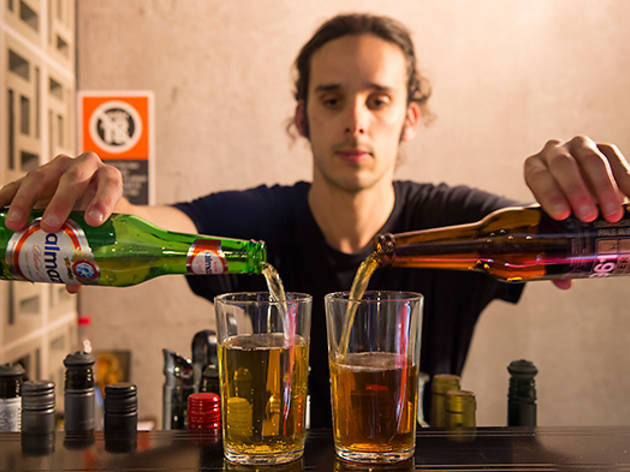 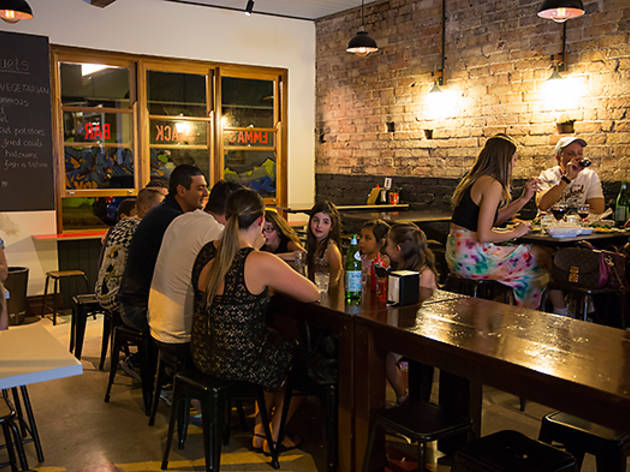 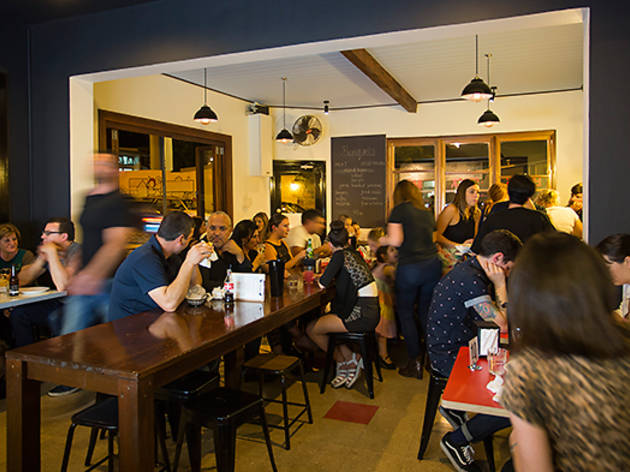 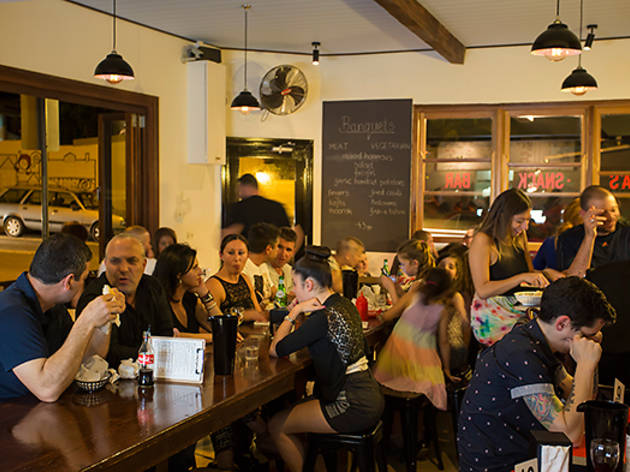 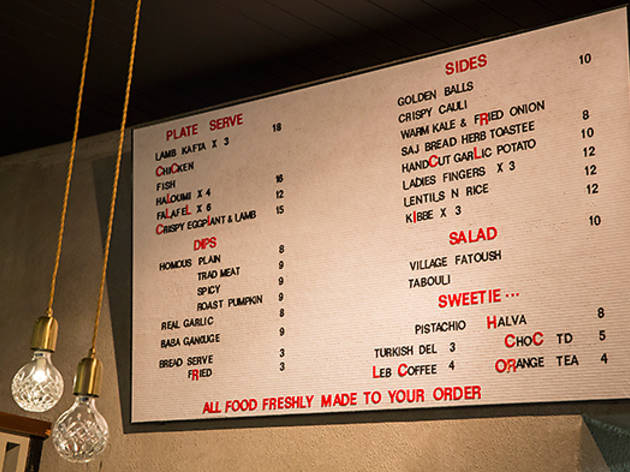 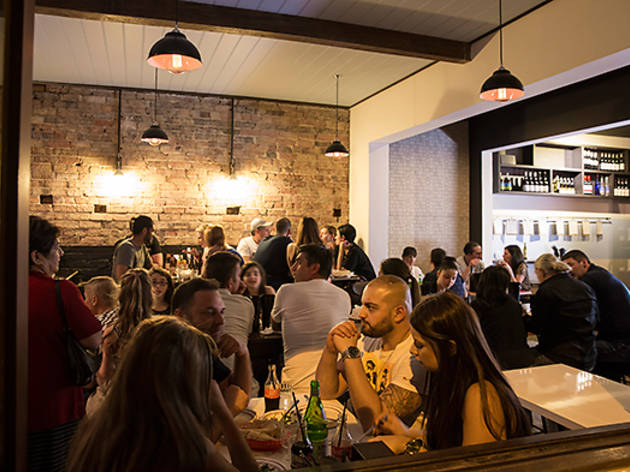 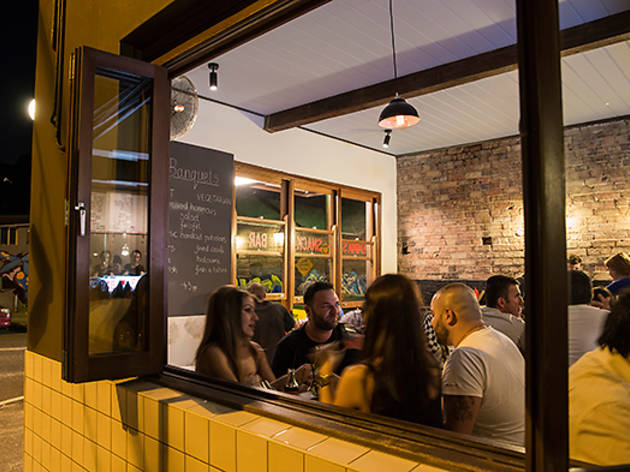 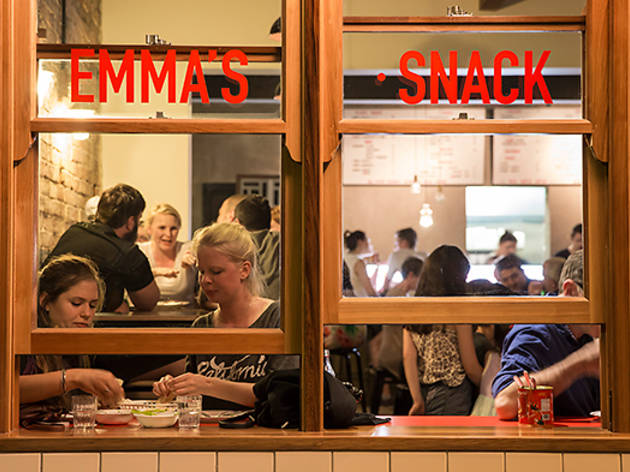 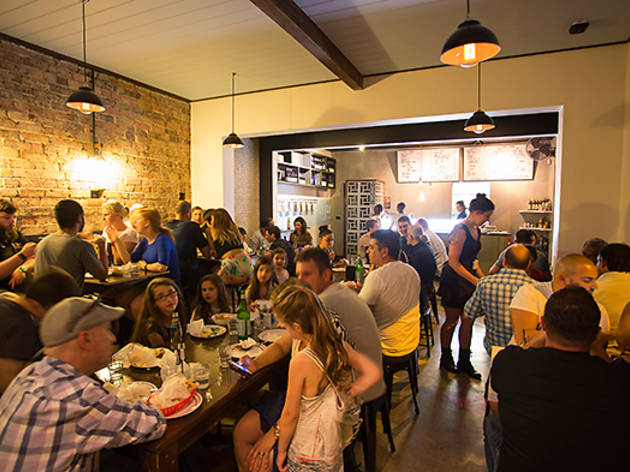 The shock of newspaper over the windows of Emma’s on Liberty caused many to fear the worst for the cramped but convivial Lebanese restaurant in the backstreets of Enmore. We dared to hope when new lettering appeared and now we’re here to tell you that Emma’s Snack Bar is open and killing it in their new, downgraded digs.

It’s not a drastic change from the old Emma’s site. There is still the enormous central table where everyone bungs in together, but now there are tall tables on one side that don’t require a shoehorn to get into. The walls have been given a gentle lick of grey paint, there’s a new bank of windows out onto Liberty Street and like any good takeaway joint, the enormous menu board is mounted over the counter.

But low key certainly doesn’t mean a lowered bar for what’s coming out of the kitchen. A serve of the smoky, feather-light babaganoush is essential, but the spicy humous dressed with a warm chilli oil and flecked with fried garlic is a worthy challenger for top dip. You can get the chickpea and tahini in classic form, of course, but there’s also a roast pumpkin variation and a traditional version with lamb mince and pine nuts too. Order them all and host a pulse party. You’re also going to need at least one basket of pillowy soft flat bread triangles – for three dollars it stretches your dips further than you’d think – and a bowl of tabouli. Here a simple salad of chopped parsley, tomatoes, and green onions seasoned generously with lemon juice.

Order the Moorish chicken. Marinated morsels of white meat are wrapped up inside Lebanese bread with tendrils of soft red onions and then grilled until the outside is crisp and the inside is a tender. Dip each piece in creamy garlic sauce and you could call it a night right there. But don’t, because you haven’t had the kafta yet. Here, they're lamb mince skewers, perfectly seasoned, with onion and parsley and drizzled with tahini.

Complete this picture of snacktastic bliss with a frosty bottle of 961 pale ale or an Almaza pils, or take advantage of the BYO wine option. You can also order a half bottle of Arak, write your name on it and if you don’t finish it they will keep it safe for you until your next visit.

A skilful downgrade has proven an increasingly popular decision with experienced operators in Sydney, with Chur Burger, Ramen Ikkyu and Kefi Greek Tavern already reaping the benefits of a more casual dining offering. Although we had much love for the original Emma’s, we’ll be the first to admit that version 2.0 is spot on. Casual surrounds and excellent snacks is a recipe for success if we’ve ever heard one.