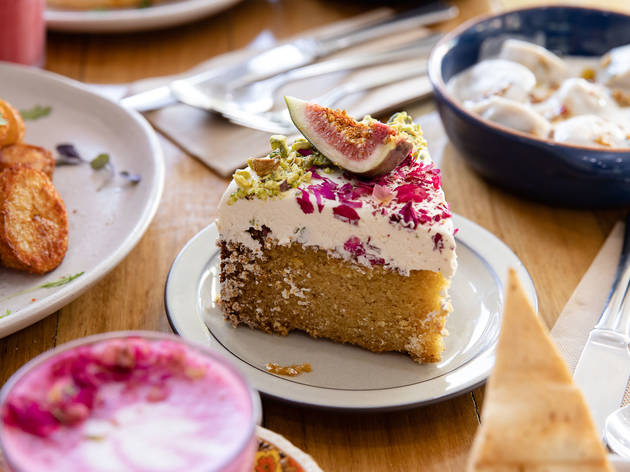 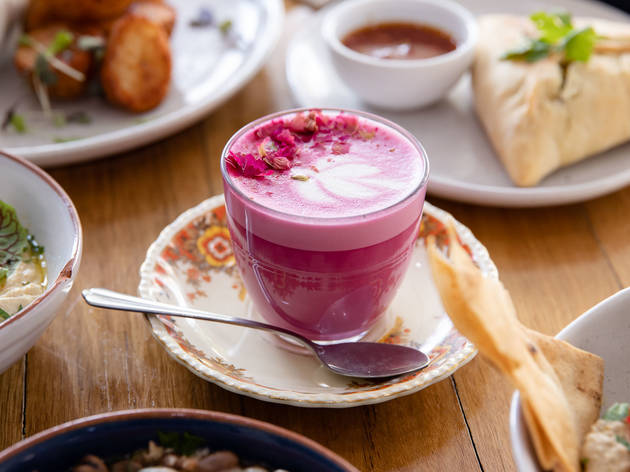 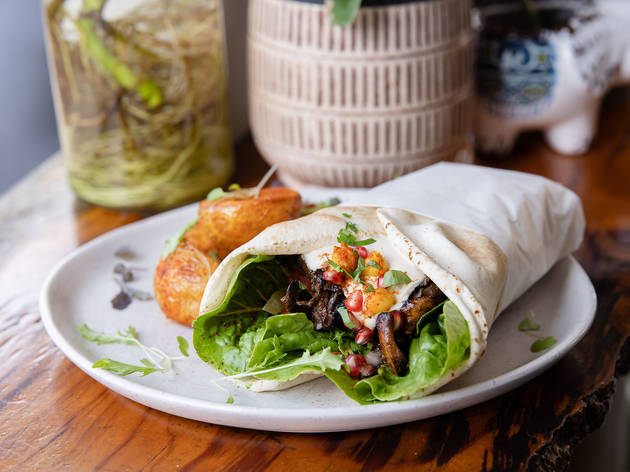 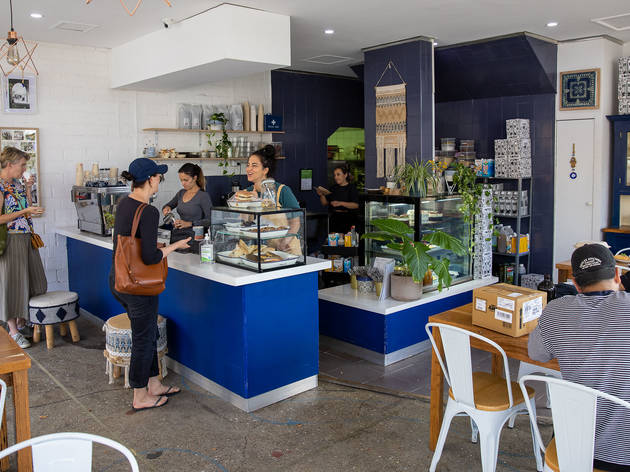 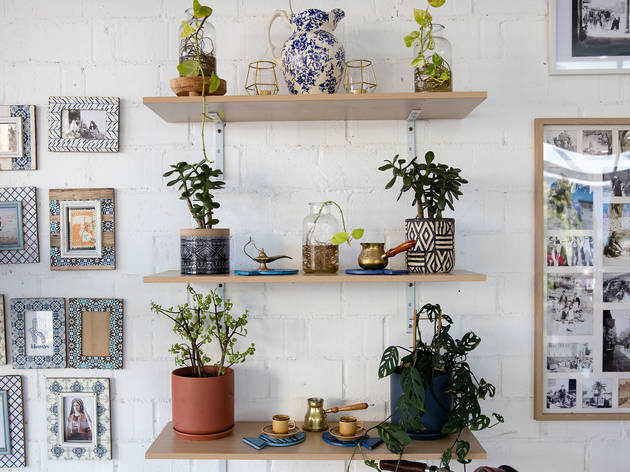 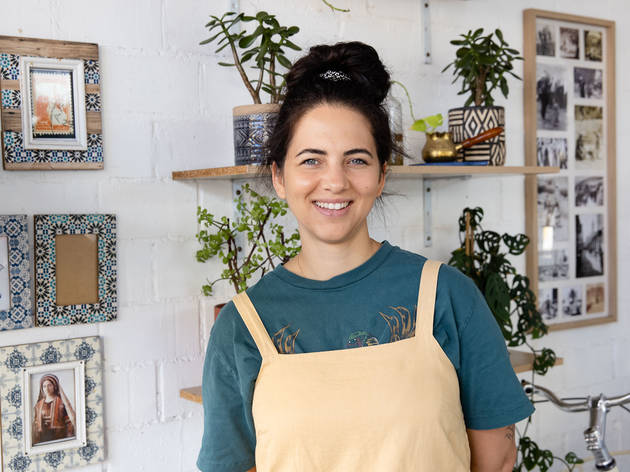 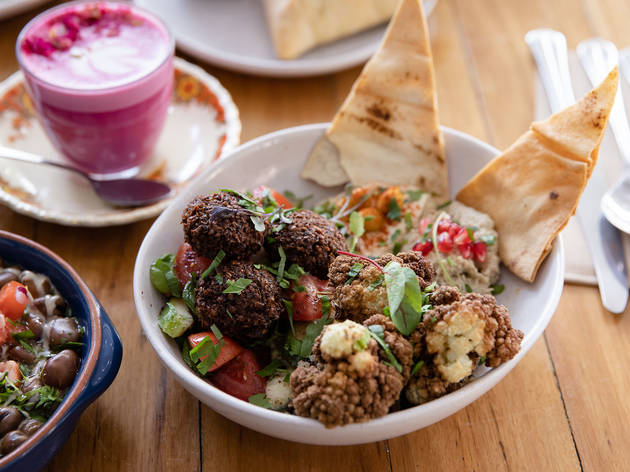 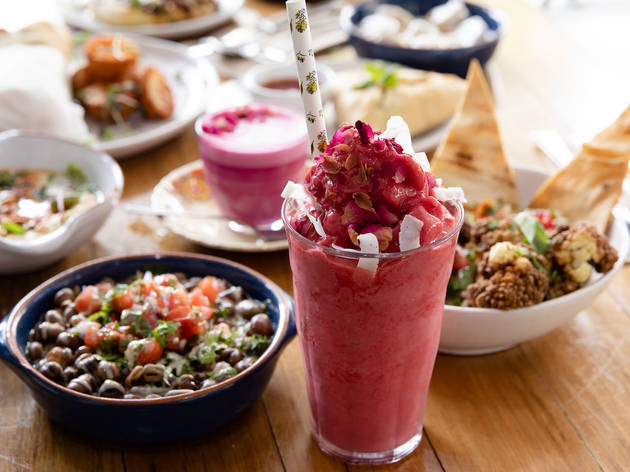 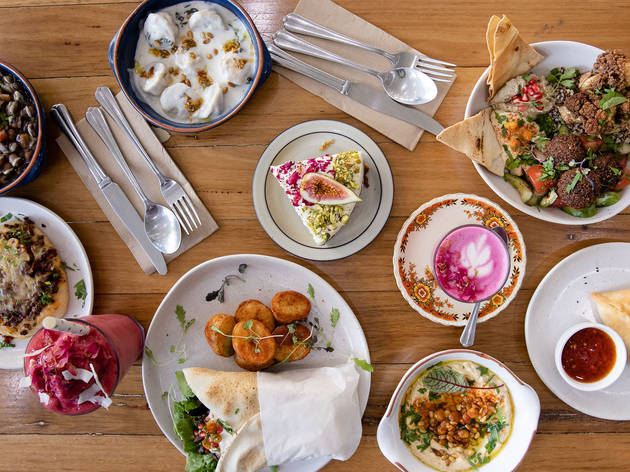 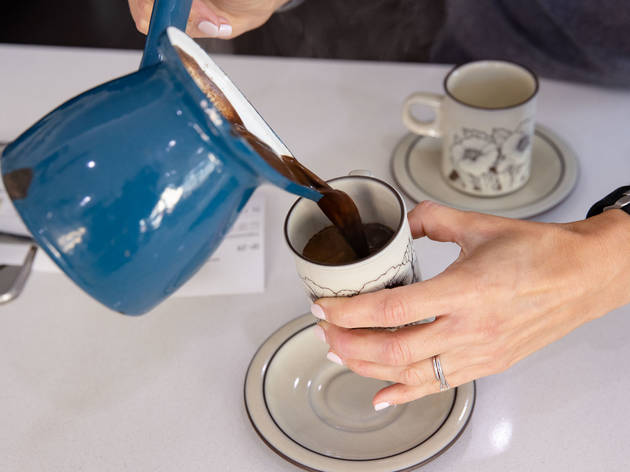 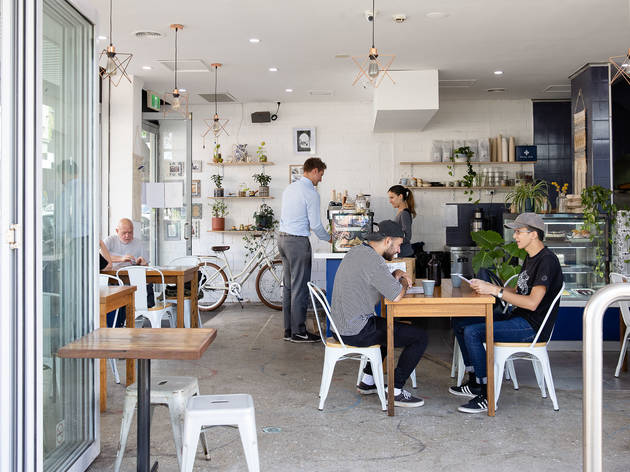 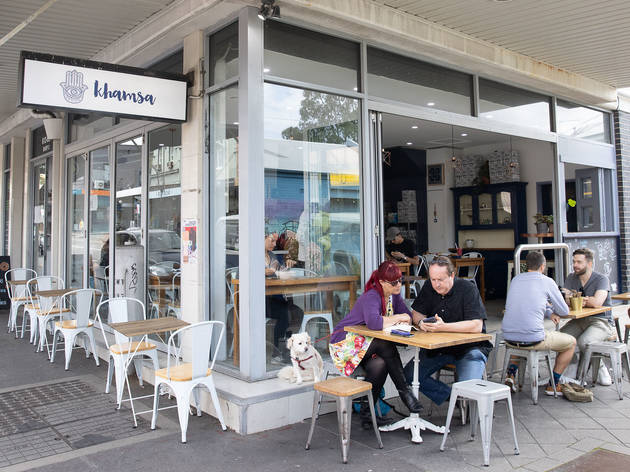 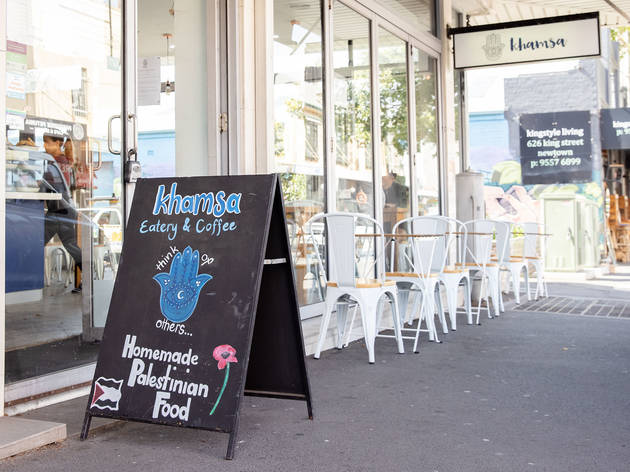 Khamsa (pronounced ‘ham-sa’) was founded in 2019 - but its story begins much earlier.

Ten years ago, Sarah Shaweesh, owner of Khamsa, relocated from Jordan to Australia and began learning more about veganism. When she was younger, her father took her to rallies, protests and events lobbying for Palestinian human rights in the face of Israeli occupation, and celebrating Palestinian culture. She cultivated a sense of responsibility and desire to minimise the negative impact she had on her surroundings – on all living things around her. “Because of the Palestinian struggle, it was important for me not to be involved in anything that enacted harm on the environment,” she says. 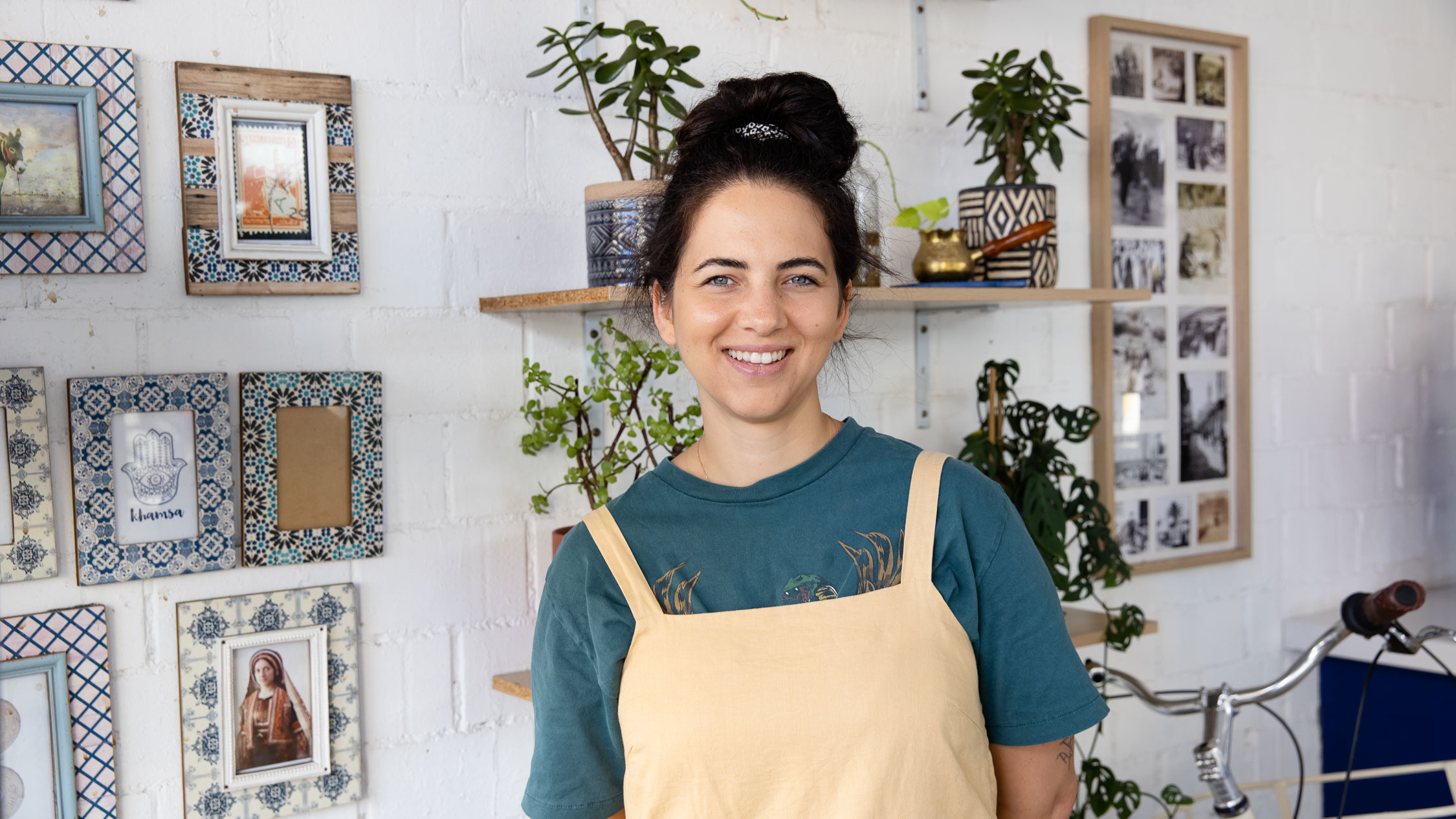 With most of her childhood spent ricocheting between three homes – Australia, Jordan and Malaysia – cooking was Shaweesh’s grounding. Unhappy in a nine-to-five office job a few years after relocating to Australia, and feeling the toxicity of the corporate world creeping up on her, she ditched the computer for good to pick up the crockpot.

In 2015, Shaweesh began posting homemade vegan cakes for sale on Instagram. The popularity and success of her small business was the final push in inspiring her decision to open what is Australia’s only Palestinian restaurant to date.

“I decided to bring my two interests, food and Palestine, together. I was already working on veganising a lot of Palestinian food and desserts I grew up with.”

Before they became menu items, Khamsa’s recipes had to go through Shaweesh's family and close friends. Her favourite dish is shish barak, the yoghurt dumplings.

The challenge for Shaweesh lay in ‘veganising’ the yoghurt element of the dish. She played around with a few ways to make coconut yoghurt replicate the taste of traditional yogurt. “It brings back the memories of my grandma Ghiath making it in Jordan. It’s one of my most special dishes.” The dumplings are usually eaten with rice. “Carb on carb is amazing.” 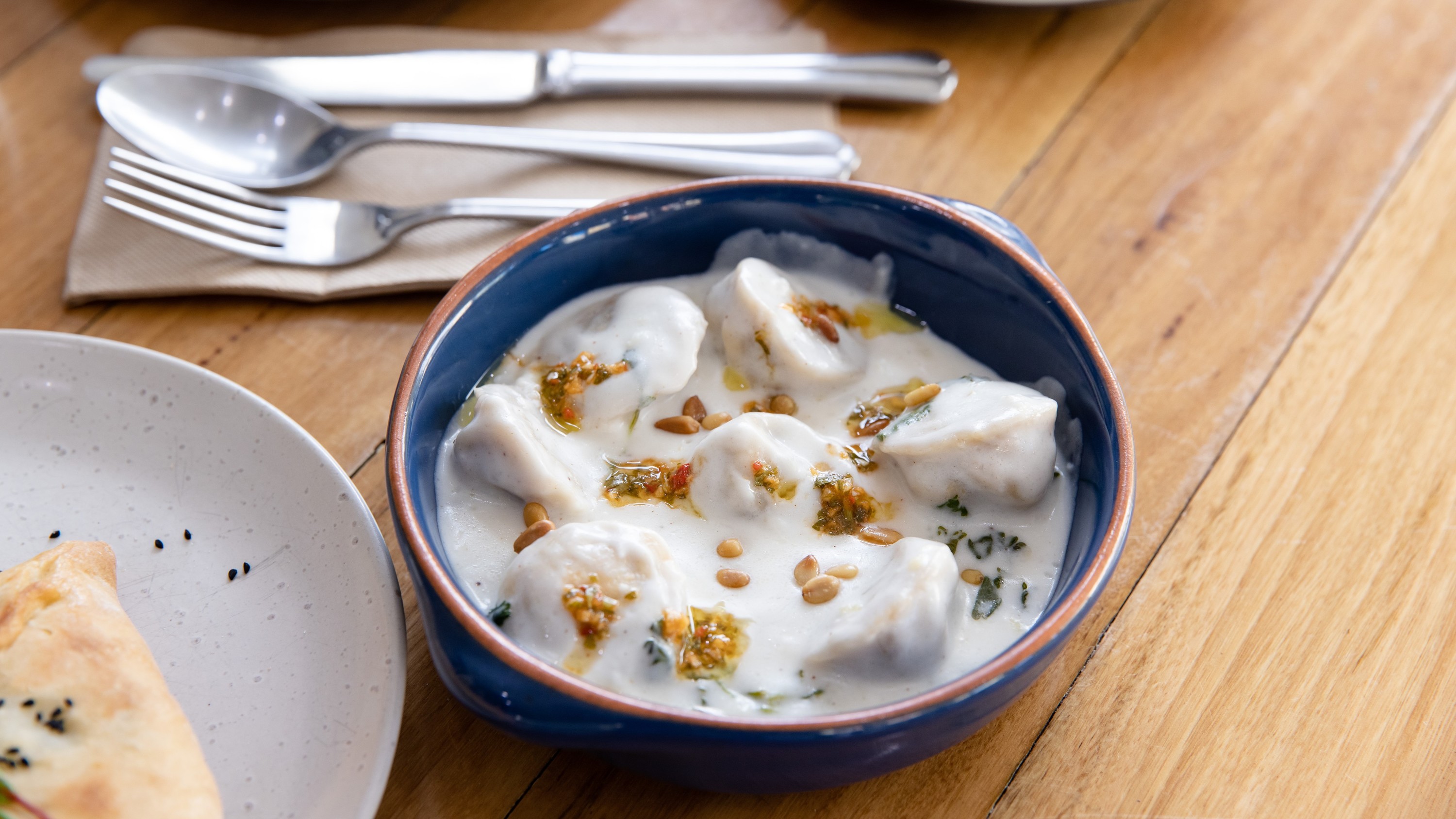 Khamsa rotates its dishes every few months. Recently, the restaurant has expanded to include dinner on Friday and Saturday nights. Shaweesh is aiming for the restaurant to be open for dinner every night.

While most of Khamsa’s menu comprises home-cooked foods not commonly available at restaurants, like shish barak, it does pay homage to a few popular Palestinian dishes.

The mushroom shawarma is one of Khamsa’s standouts, a Palestinian staple that Shaweesh reimagines with plump, fire-roasted mushrooms instead of meat.

It’s important to note that Shaweesh puts a great deal of importance on calling her cafe, and the dishes it serves, Palestinian. For her, nomenclature is vital.

“You can’t say Middle Eastern or Israeli when it is actually Palestinian,” she says. “Maintaining this is important because Israeli restaurants will take our food names while Palestinian lives are still struggling.

“I want to reclaim our food because it has been appropriated so much.”

Before the end of life as we knew it in March of 2020, Khamsa hosted poetry nights and a book club. But the cafe’s community spirit lives on – it recently became the homeground for a queer Middle Eastern social group. The community has since expanded to over 40 people.

“I’ll get people coming up to me and telling me they are half-Palestinian or that their grandmother was born there. They’ll want to share their story.”

“I’m really grateful that I’ve been able to connect to so many Palestinians in Sydney through the cafe.”

For Shaweesh, food can be a formidable force when it comes to bringing awareness to human rights issues. “It’s something everyone can relate to.”