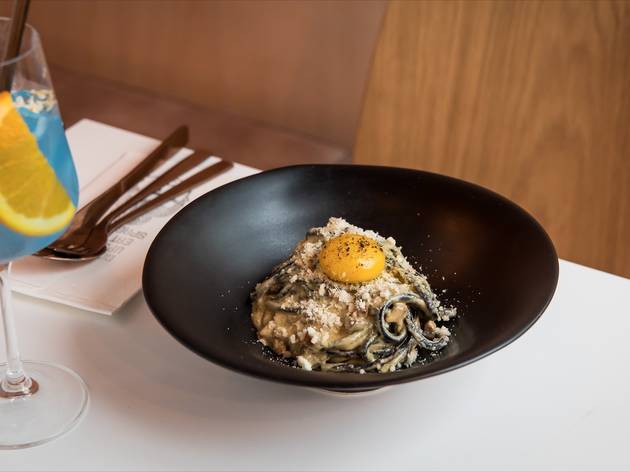 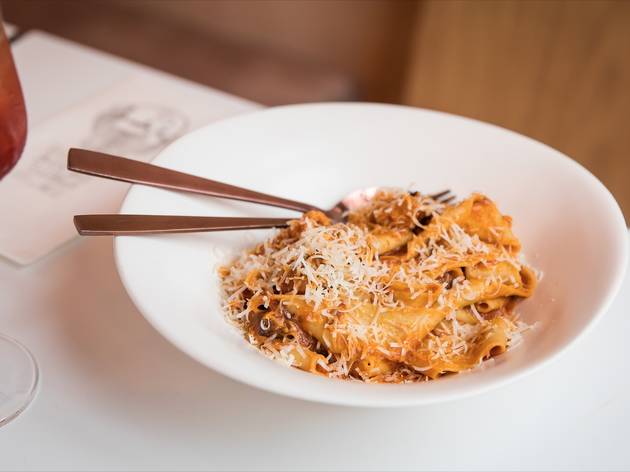 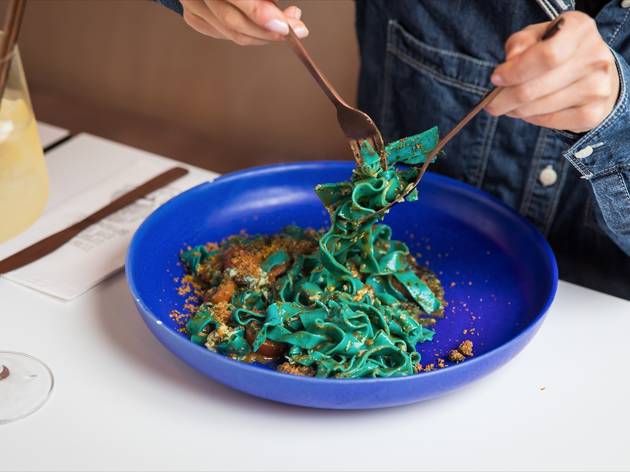 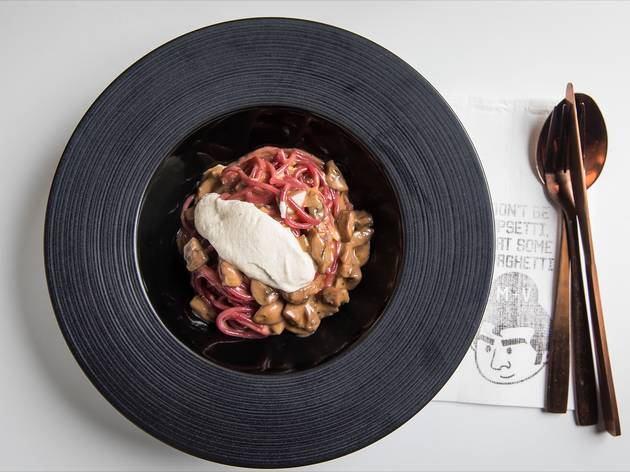 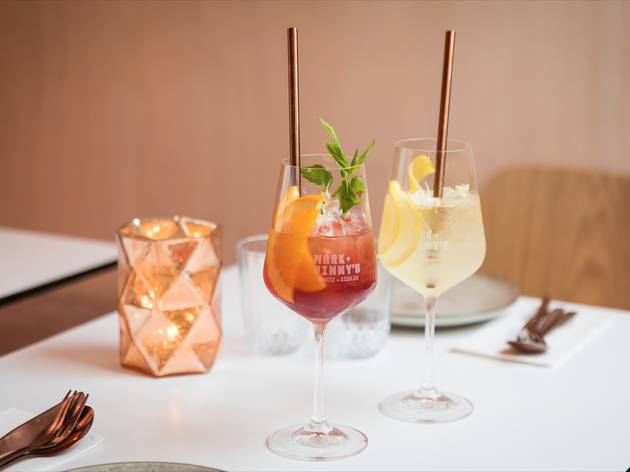 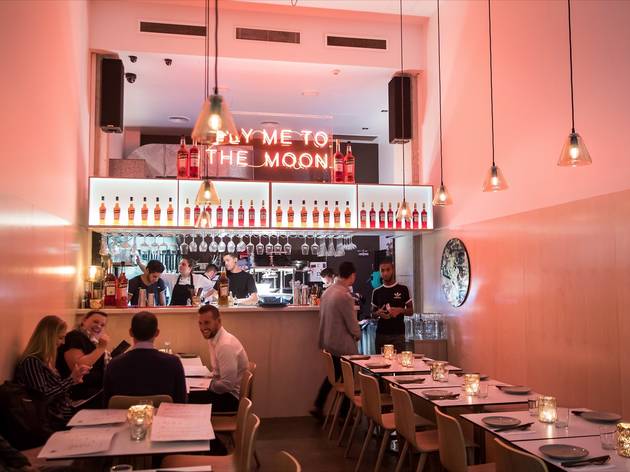 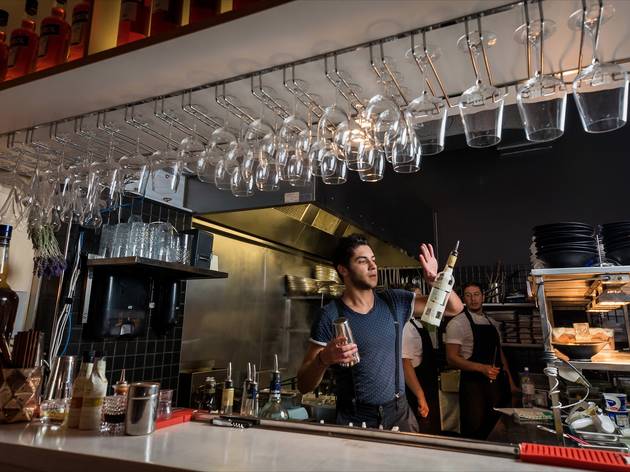 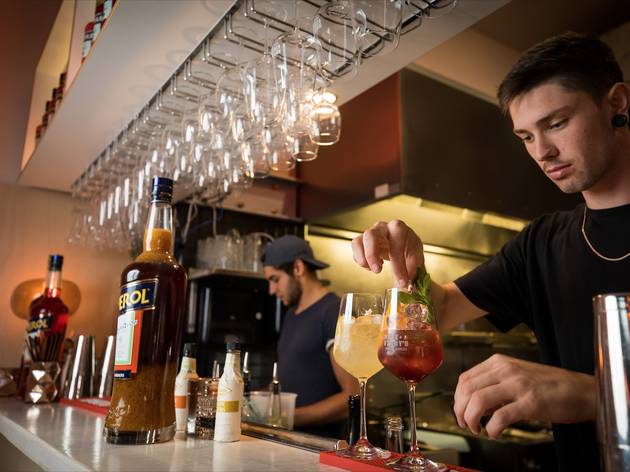 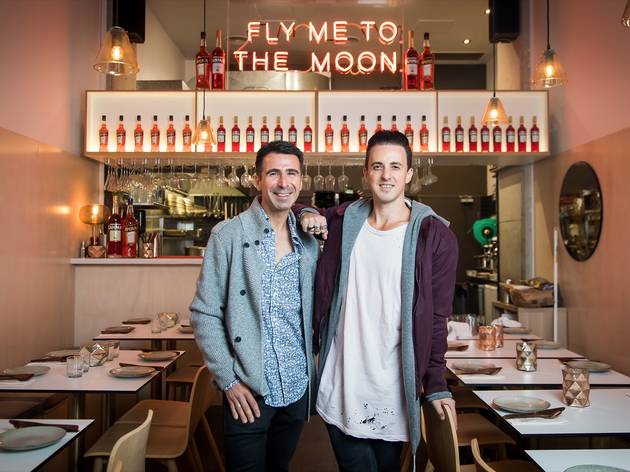 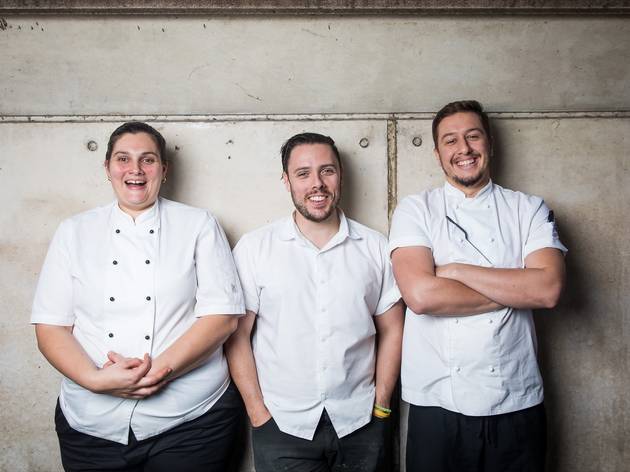 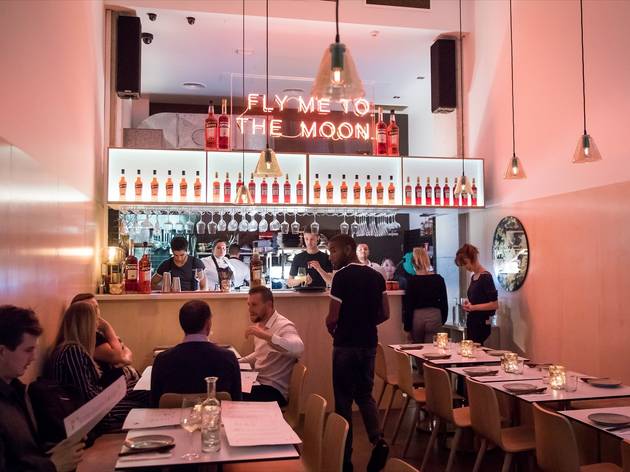 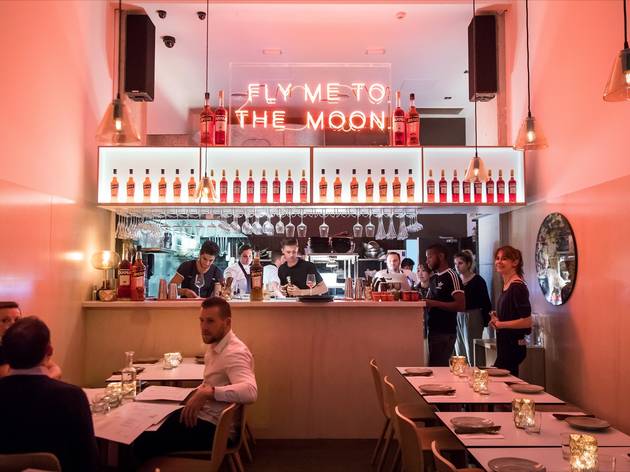 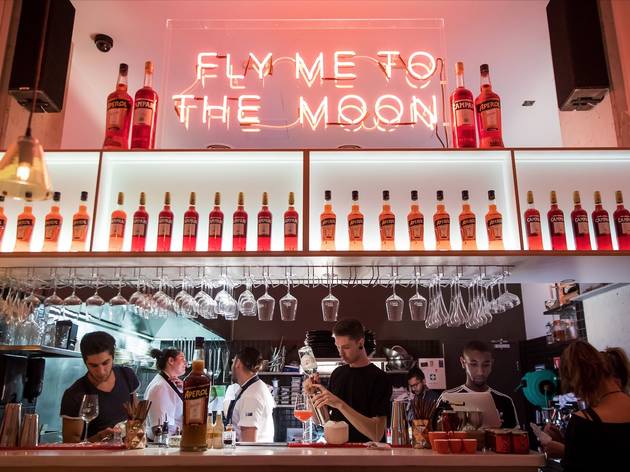 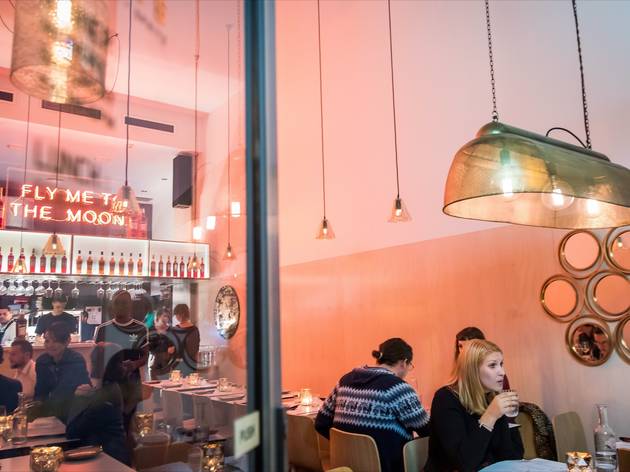 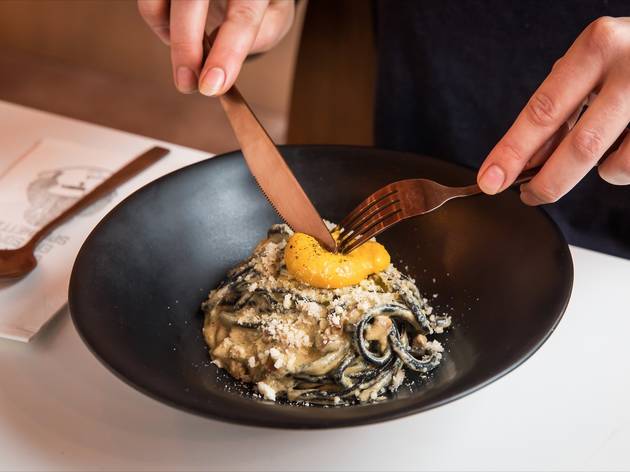 Spaghetti and spritzers; carbs and fun fizzy booze; pasta and kick off drinks – whatever you wanna call it, it’s a combo that sells itself and Mark and Vinny's in Surry Hills is nailing it. Cranking the pasta machines here is Concetta Bille (ex-Icebergs Dining Room and Bar) and food here treads the line between kooky and cool, and classic and clever all at once.

It’s a small space decorated with dusty pink furnishings and warm low hanging globes,  abrash neon sign and a busy open kitchen lined with Campari bottles. Almost everyone gets greeted by owner Vinny on entry (the other owner is Mark Filippelli of Melbourne’s popular plant-based cafѐ, Matcha Mylkbar), which softens the blow of the loud space. It’s worth noting that if you’re hard of hearing or your going on a first date, this is going to be a tough room.

Once you’re seated buckle in for spritzes and giggles. There’s 23 on the menu, which range from cocktail inspired mash-ups (like the zesty Margarita or the super sweet Mai Tai) to DIY numbers (pick your own liquor, booze and mixer). With this many on the menu, a little more guidance from our waiter would have been useful. If you’re stuck, switch it up with a local Australian Spritz, which uses Okar Amaro, PS40 bush tonic and Giallo pet nat. It’s a bitter yet refreshing, but a little more challenging that the typical holiday drink. On the other end of the flavour spectrum you can get a limoncello spiked number, with smoked lemonade and bitters. The moscato and limoncello overpowers the citrus, making it a little saccharine, but still fun.

While they say it’s a bar, you should really get here for the pasta. Many of the dishes aren’t being explained, but this doesn’t matter when excellent plates arrive at our table. First up is the bucatini – we order it gluten free (it’s an option for any dish, celiacs rejoice!) and it features a vegan ‘egg’ (borrowed from Melbourne’s Matcha Mylk Bar). The ‘yolk’ is a whimsical recreation, and the sweet potato mimics the texture of a real egg well but the taste is much sweeter. It melts into the nut-based creamy sauce, resulting in something similar to an Alfredo pasta.

The taggitelle is coloured by algae resulting in Colgate-blue ribbons of pasta. It is quite bizarre, but the colour is a fun addition to the shreds of swimmer crab and fishy bottarga, while fried capers add saltiness and breadcrumbs add crunch. It’s a classic Southern Italian pasta dish reimagined for the Insta-hungry.

Want to taste more of the rainbow? Magenta strands of beetroot infused angel hair pasta come smothered in an earthy, oily, mushroom reduction and topped with cashew cream. The truffle oil is a little heavy handed, but overall it showcases how a vegan dish can be just as good as its meaty mates.

If you are hankering for some meat, the traditional amatriciana is the way to go. Long frilly tentacles of mafalda pasta hold the just-sweet, umami tomato sugo perfectly, while hunks of prosciutto give it a smoked meaty edge.

Mark and Vinny’s offers up something totally different to the traditional trattoria Sydney knows and loves. Overall there’s something old, something new, something borrowed and something blue – and it works. With a tad more attention given by the floor staff, this place has the potential to be one of the funnest new restaurants Sydney’s seen this year.