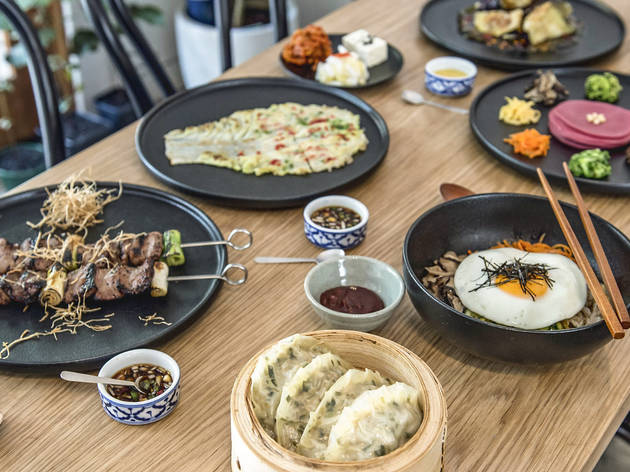 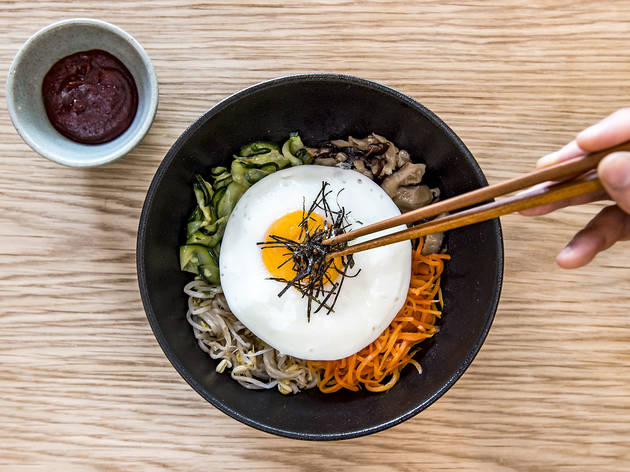 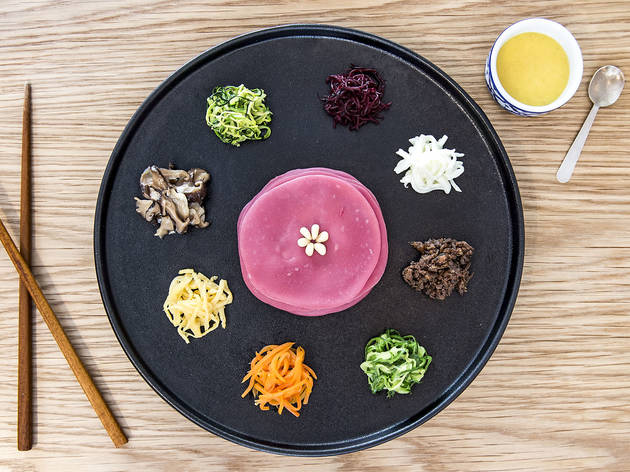 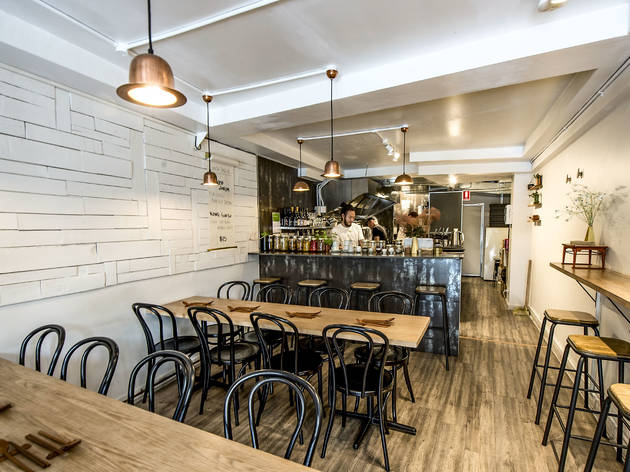 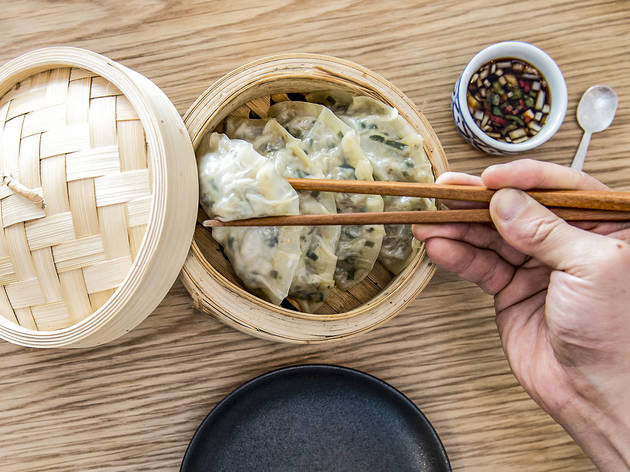 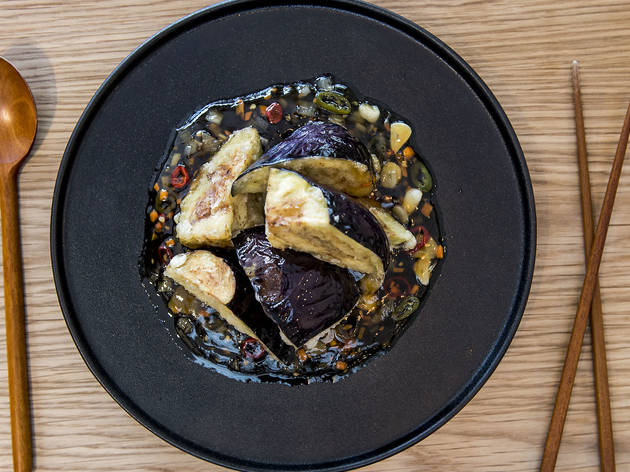 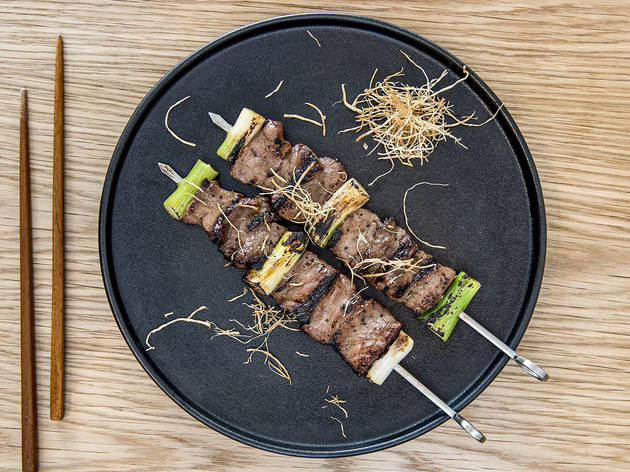 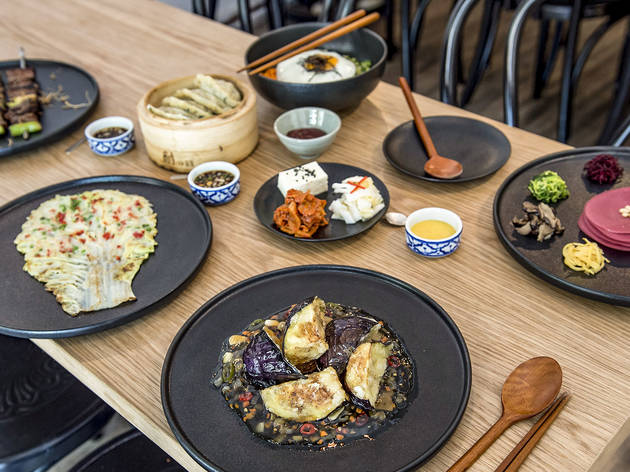 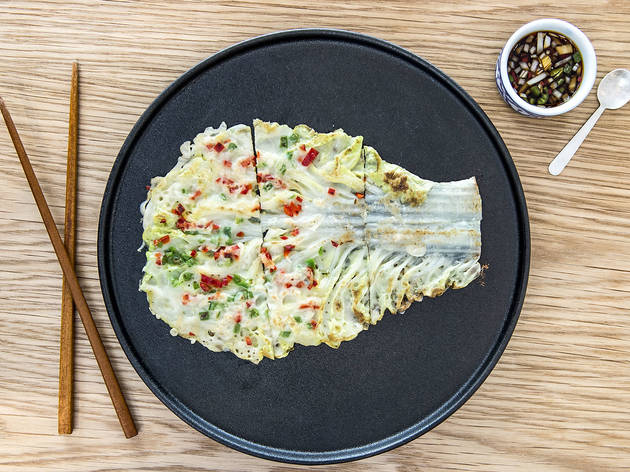 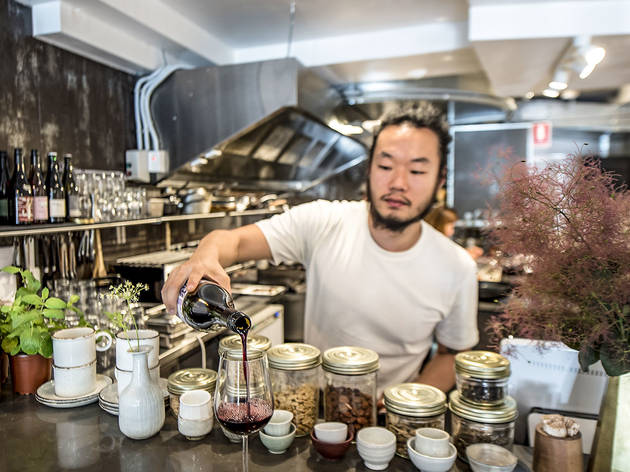 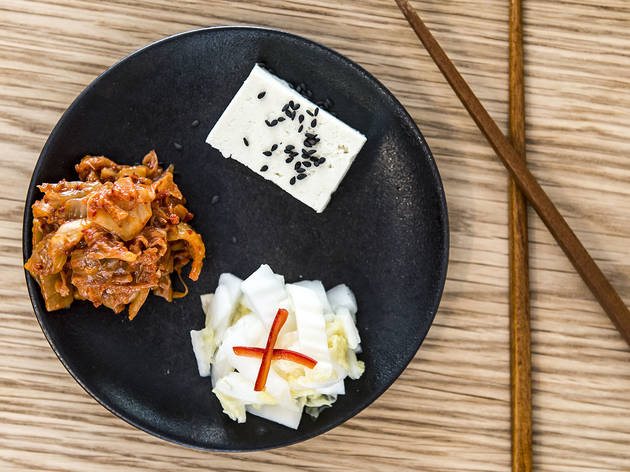 A cabbage pancake sounds like a weighty, Northern Hemisphere winter buster, but in the hands of the chef Seung Kee Son at a modern Korean diner in Surry Hills it’s so light it borders on whimsical. A single, perfect leaf of wombok is dipped in batter and fried, sprinkled with red and green chilli, and presented without further comment to be dipped in a sauce of soy, sesame and vinegar.

There’re chubby dumplings packed with tofu, potato glass noodles, bean sprouts, shallots and garlic chives, or pork for a meaty version, and for a Korean snack broken down to the cuisine’s component parts: a block of steamed tofu and kimchi tousling between mild and intense. Banchan takes on a different life here. Gu jeol pan is traditionally a dish served on royal tables because it’s so pretty, but any average Josephine can order it here. Eight perfect little vegetable barrows of seasoned carrot, zucchini, shiitake, cucumber, and beetroot join beef and egg, surrounding a pile of fresh steamed pancakes dyed pink with beetroot juice. It’s the painter’s palette you can eat.

Sang by Mabasa is the second venue for Chef Son and his family, who are all involved in the business. The original Mabasa clocked up eight years in Balmain before they moved to Surry Hills, with chef Son’s wife Jin Sun Son joining him in the kitchen, son Kenny Son on front of house, and Kenny’s wife Youmee Jeon handling the pickling, desserts and graphic design.

The aim was to modernise a lot of traditional Korean fare, but not by fusing it with other culinary traditions. It’s still authentically Korean, but presentation is styled with the Instagram generation in mind.

Skewers of scotch fillet and green onion are textbook: juicy, meaty, and slightly sweet from the marinade. But for something that will tickle all your texture receptors order the sweet and sour eggplant. Deep fried wedges provide a crunchy scaffold to the soft core of the veg, which you are going to need as a vehicle for the bright and sticky sea of sauce made from vinegar and soy. Potato starch is what gives it its unique glutinous quality, almost like a very tacky jelly with chopped carrot, onion and garlic in suspension like a French aspic. The table next to us spends ten full minutes delighting in the fact that they’ve never tasted anything like it before. They’re having a very good time, you should too.

There’s Korean triple-fried chicken on the specials menu, but we opt for the excellent bibimbap served in a stone dolsot bowl so it achieves that perfect crunchy coating on the rice that touches its surface. Somehow, a bowl of shredded veg, rice, egg and chilli sauce wouldn’t be as fun in any other context.

This is a lovely, relaxed space to be in, tucked along Fitzroy Street next to a French Bakery and a few doors down from a Colombian café and the Cricketers Arms Hotel. It’s compact, so you’ll likely be sharing your table with extremely well dressed students, people in marketing, and the kind of snack hunters who prowls Surry Hills for the newest dinner. Given eating out is basically a competitive sport in these parts, places serving up an impressively veg-heavy menu and nailing the casual dining vibes without dipping into cheap eats territory is a season-winning goal.