When chef Tetsuya Wakuda and his team first swung open the doors of Tetsuya’s back in Rozelle in 1989, it sent shockwaves through the Sydney dining scene. With unconventional textures, exceptional flavours, reverent ceremony and a price tag to match, Tetsuya’s arrived with a splash and secured a place among the best restaurants not only in Australia, but the world. A move to a gated compound on Kent Street in 2000 allowed that luxury to flourish even further.

And while Sydney’s palate has done a lot of growing up in the more than two decades since Wakuda set the benchmark, and some of the drawcards of the tranquil fine diner might not be as revolutionary as they once were, there’s still a lot that’s really, very special about Tetsuya’s.

The energy in the space is a statement of intent: this is serious dining for serious foodies, and while the service is friendly and polished (a couple of well-meaning jokes about diners and their phones, patient explanation of dishes and quick answers to the questions we excitedly throw their way), the silent dining room, void of music or conversation above a hushed whisper, feels a bit like walking into an art gallery rather than a restaurant.

The gallery effect is in full swing when the first of eight courses arrives in the form of two perfectly sized, perfectly shucked and super-cold Pacific oysters, dressed in rice wine vinegar, ginger and warm sesame oil. It is clear from the contrast of chilled bivalve and a comforting coating of smoky oil that texture is going to be front and centre on this journey.

Our suspicions are confirmed when a mainstay of the menu, Queensland yellowfin tuna dressed with a punchy ponzu vinegar, comes along. The vinegar provides a decent whack of acid, and the garnishing Oscietra caviar pops sporadically in the mouth, seasoning each bite at random.

Deep-water New Zealand scampi is simply gorgeous, marinated overnight in white soy sauce and mirin then lightly grilled on a hibachi to avoid that butane scorch that so frequently ruins the delicate sweetness of crustaceans. The crunch of woody puffed quinoa brings a crisp, nutty element to the dish, and a rounded texture is provided by a sweet capsicum purée and slivers of very lightly pickled raw cauliflower. The addition of a 2016 Tyrrell’s semillon creates total harmony.

Next up on the roster is “the most photographed dish in the world”, aka confit Tasmanian ocean trout with apple and witlof. Sprinkled with deep-green kombu, it’s the dish that needs no introduction. On the menu practically since day one, the trout is the signature dish, and despite its popularity, we could take it or leave it. We think the rich and oily fish could use a little more confidence when it comes to seasoning; for us, the kombu dust fades into the background, we think a smear of goats cheese sits a little awkwardly, though to its credit, at least brings some lemon-scented acid to the plate, and the tiny matchsticks of fresh green apple are lost beneath the sluggish weight of the fish. The just-set protein is pretty hulking in contrast to the previous dishes, and while we appreciate the sentiment, it’s a little safe and more than a little clunky.

Things get more exciting though with squid “noodles” on a bed of koshihikari rice, finger lime and tenkasu crumbs for crunch. The secret to its deliciousness, as is so often the case, is a world of burnt butter. Things really ramp up though with a generous portion of Bangalow sweet pork cheek, so tender and flavourful with just a hint of chilli warmth, bitterness from burnt sugarloaf cabbage and a hidden pocket of fermented, earthy black garlic. It's a true highlight.

A ubiquitous Rangers Valley Wagyu inevitably plods onto the table, the crescendo of savoury dishes. Rich, tasty, familiar. What is new, however, and very exciting are the crunchy fried nettle leaves, spritzed and dried with malt vinegar. A bag of these and a couple of beers would be our knock-off of choice.

A palate cleanser of creamy yuzu posset cleverly plays with texture and perception again, a berry-heavy omija (magnolia berry) sorbet is spiked with warming vanilla beans, and where you expect clean granita freshness, you instead find all the biscuity warmth of a much heavier dessert without any of the sluggishness. Such a clever little dish: acid coming from the unexpected and warmth from the most unlikely of sources, a sorbet.

With its koi pond, serene garden complete with bamboo pillars and a waterfall, valet parking and $14,000 bottles of Domaine de la Romanee-Conti, Tetsuya’s remains in a league of its own. Is it everybody’s cup of tea? Possibly not. But is it something that everyone should experience once in their life? We like to think so. 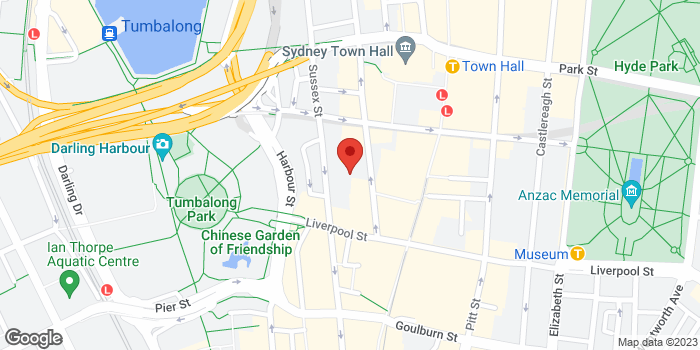