In one unassuming corner of Sydney’s corporate high-end Barangaroo, a temporary portal to a strange and fantastical realm has materialised. It holds its curious tear in the everyday order through the Department of Legend and Myth; a new bar filled with cocktails, magic and quirky decor, now serving as the threshold extension to the mystery world that lies within. Take a tipple from the bar under neon pink clouds, become pleasantly unmoored from your day with a resident DJ’s serene poppy beats, and then, your journey begins. And oh, how it unfolds is up to you.

Eternityland is Sydney’s newest large-scale immersive theatre adventure, brought to us from Danielle Harvey, the director of the acclaimed A Midnight Visit (another production to score an elusive four-stars from us). Where A Midnight Visit was concocted from the life and legacy of Edgar Allan Poe, spuming gothic madness and morbid hysteria, Eternityland is a delirium populated by the idea of the hero: a figure variously mad, noble, tragic, triumphant, misunderstood, overlooked and absurd.

It is a vast delirium of many vaults and chambers, with a dizzying two storeys and twenty rooms drenched with Eternityland’s electric, acid-popping dream. Each is more bizarre and captivating than the last, and each invites the curious to explore its secrets and activate its pleasures. Within these rooms, strangely clad warriors, kings, and feminist badasses enchant us with their skills (from circus and cabaret, to music and storytelling) and involve us in their seductions.

In a loungeroom of floral wallpaper, a Mad Men-esque housewife twirls languidly on a hoop. On the other side of the realm, a knight jostles us to practice unconventional war cries on a mannequin (“YE SCURVY SCOTTISH EGG”). In a luridly lit hall, a corseted clown prince sings, layers his cello music on a loop pad, then (beckoning just two of us to chase him down a corridor) teaches a battle dance in a faraway room. There’s no path to follow, no predetermined meaning to extract. It’s anarchical, extravagant, sumptuous fun, which tilts at horror and humour in equal measure.

In essence, it's a gigantic playground for adults – gleeful, camp and jaw-droppingly designed. No detail has been spared in any inch of this labyrinthine space, and will be an irresistible delight to the insta selfie whore (of which I am one). Each room rewards those who dwell longer; but the impatient can also scamper about and relish whatever fresh insanity awaits them: behind the glitter curtain, in through the secret hidey hole, through the mirror chamber, around the huge inflated corridor that reads: CAUTION: LIVE ANIMAL.

Did I experience Eternityland in its entirety? I did not. It is, after all, theoretically eternal. The limit to its experience is set by the limit on your imagination. By way of example, however, here are some things I did do.

I was caressed by gigantic purple tentacles that wobbled erotically through a corridor. I visited a museum of legend’s artefacts, which included an invisibility cloak and Sisyphus’ to-do list (all items being: “push rock”). I donned a yellow cloak from an uncanny department store floor, where other accoutrements of the hero’s costume were for sale. I read anonymous rants stuck to the wall of a wrath room, and added my own. I saw the empty hospital bed of the warrior, surrounded by certificates of achievement as well as mountains of empty pill bottles. I jumped on a bed in the “LET’S FUCK SHIT UP” room, which had on its candy pink walls with huge pill-shaped smiley faces, their smiles and eyes sewn shut. I saw a lady splash about in a tinsel filled bath.

While groups may be allowed to linger longer, the show comes together when a bell sounds for the finale, and the audience is ushered into a temple-like room. Here, our performers sing the anthemic hit ‘I Need A Hero’; and then, in amongst us ordinary folk, a hero is identified, heralded and celebrated. All the excitement of the previous hour spills over, and an impromptu dance party kicks off. Even the timid tap their feet and grin.

Immersive theatre is very much for the active, the curious, and those who are fine to surrender themselves to an embodied interactive sort of entertainment, without structure or prescription. An ambitious, creatively explosive wonderland, it is even more extraordinary to have been summoned in just four weeks, with legions of creatives employed in its magic – including Brendan de la Hay and Lou P Scarlett, whose imprint was also found on The Great Gatsby: An Immersive Theatrical Experience.

If you’ve been itching to escape the ordinary, or wish you could share your craziest waking dreams with friends, then consider this your next quest. Grab tickets while you can though – the portal to Eternityland won’t be open forever.

Want more? Check out the best shows to see in Sydney this month. 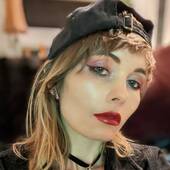 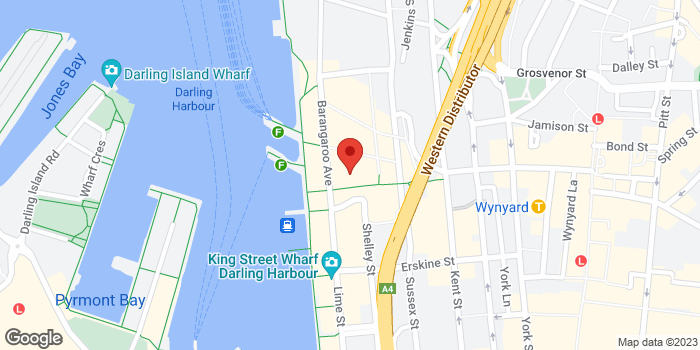