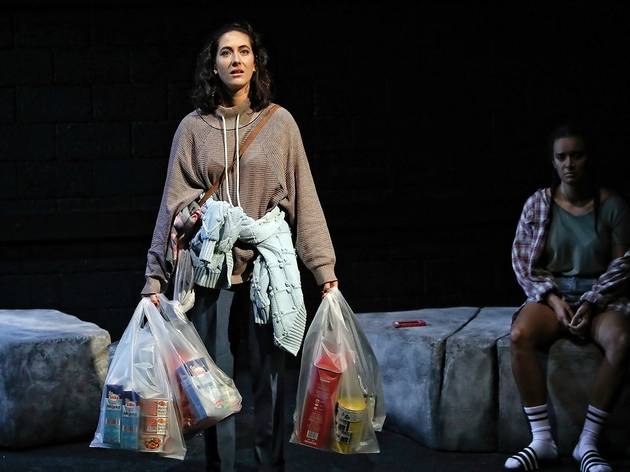 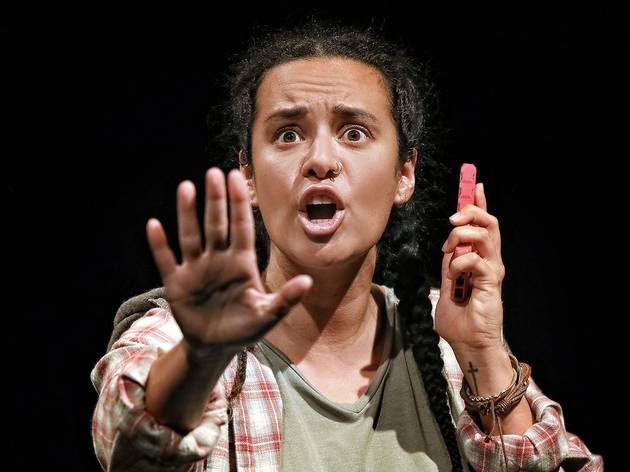 As the curtain tentatively lifts on the Sydney theatre scene, the first production to be staged by Griffin Theatre since Sydney's reopening arrives hot on the heels of Belvoir's A Room of One's Own and STC's Wonnangatta. Superheroes is a play about two women on opposite sides of the world living small lives in a time of big politics.

Written by Mark Rogers, it's a comfort for Sydney theatregoers to see Griffin continue its legacy of staging new Australian works. Superheroes picked up both the Griffin Award and Patrick White Award last year, making it a particularly hot property. You won’t find this one performed on the familiar little slice of stage at Griffin’s resident Stables Theatre, however. The company has teamed up with the roomier Seymour Centre to stage a run with physically distanced seating and all necessary safety precautions in place.

In Tempe, Emily deals with poor mobile service and poor communication as she grapples over a life-altering decision with her sort-of-ex-sort-of-not boyfriend. Meanwhile, in Bosnia-Herzegovina, Jana slams into the day-to-day reality of the European refugee crisis while on a grocery run.

The cast, helmed by Gemma Bird Matheson and Claire Lovering with Aleks Mikic jumping between two accompanying roles (which share elements of the same Adidas tracksuit), delivers strong performances with the kind of immediacy you just can’t feel through a screen. The stripped-back staging is designed by Renée Mulder and movement directed by Shari Sebbens, who is best known as an actor, and is just kicking off her directorial career. Griffin’s new artistic director Declan Greene is the dramaturg on this production (we spoke to him about his hopes for 2020 back in December here), and on opening night the company’s joy to be back on stage, delivering live shows, was evident and heartwarming.

While Superheroes may not be the most hopeful narrative, it offers an abundance of empathy. It creates understanding for actions and reactions that come from a place that seems devoid of sympathy. As you laugh and groan along to the conundrums and situations both Emily and Jana face, the play demonstrates that it doesn’t require much of a leap in imagination to afford the same empathy to someone you could easily meet at an Inner West house party as a woman living on the other side of the world in entirely different circumstances.

Superheroes plays at the Seymour Centre until October 31, Monday to Saturday at 7pm, with a 2pm matinee on Saturdays. Tickets are $62, with $38 tickets for under 35s, and special prices for seniors and concessions. Book here.

Did you know? The Sydney Opera House is reopening in November with exciting new works.