A local's guide to Chatswood

This North Sydney 'burb isn't just a corporate HQ hub anymore – in among the grey-glass high-rises, it's got culture, art, community spaces and yum cha galore.

Situated only 15 minutes from the CBD, Chatswood in Sydney's lower North Shore is a place almost 25,000 call home. But long before Chatswood was given the name, after Charlotte Harnett, the wife of the then-mayor, the Cammeraygal people inhabited and looked after this land. After the White Australia policy was abolished and renounced in the early 1970s, immigration grew — particularly from non-European countries, and markedly from China during the 1980-90s.

Now, according to the 2016 Australian census, the most popular languages spoken here after English is Mandarin and Cantonese, and one-third of the population has Chinese roots. Other Sydney suburbs that share a similar demographic include Eastwood, Burwood and Hurstville (note the repetition of the “woods”).

If you’re new to the area and want to get an overview of the 'hood, just walk straight from Chatswood Interchange, down Victoria Avenue towards Willoughby – it’ll take you roughly 30 minutes. You see that, like other parts of Sydney, Chatswood has undergone rapid commercial development and massive renovations over the past decade. Shiny high-rise residential apartments have cropped up around the station, as well as brands like Starbucks, Apple, Zara, Uniqlo and Muji.

What's it known for?

People from all over Sydney may come here to shop at the buzzing Westfield, but Chatswood's food scene is an even more compelling reason to visit. A large Chinese population means an abundance of authentic Hong Kong, Cantonese, Shanghainese, Taiwanese, Northern and Western-Chinese options. Hand-pulled noodles, soup dumplings, malatang, laksa noodle soup. Other East and Southeast Asian cuisines are also plentiful — Korean, Japanese, Thai, Vietnamese, and Malaysian. Whether you're trying something new or missing the taste of a home away from home, Chatswood's got you covered.

Jump to a section

How do I get to Chatswood?

Hop onto the Metro North West Line, the North Shore & Western Line (T1), the Northern Line (T9) or Central Coast & Newcastle (CCN) train lines and you'll find your way here via Chatswood Interchange. Only 15 minutes from the CBD with plentiful parking on the street and in carparks, driving is also a breeze, but you can also catch a bus here — there are numerous routes that travel in from all directions.

If you're looking for nature, you can choose bush or beach: 10-20 minutes will take you to numerous lush reserves, national parks, and harbor baths; while 20-30 minutes will take you to either Manly or Bondi. Otherwise, head down to Lane Cove National Park and rent out a paddle-boat to cruise through Lane Cove River, or drive over to Northbridge Baths for a quick dip in Middle Harbour waters. Neighboring suburbs like Artarmon, Willoughby or Lane Cove may be more residential, but are also never far from a trail, park or pool.

Swing by on a Thursday or Friday after work or school and walk up and down upper Victoria Avenue to eat your way through Chatswood Mall Market (9am-9pm). Bring friends, kids, the whole gang: there's something to satisfy everyone, from Taiwanese, to Singaporean, Malaysian, Korean, Japanese, Lebanese, Macedonian, Greek, Italian and more.

A local's guide to Chatswood 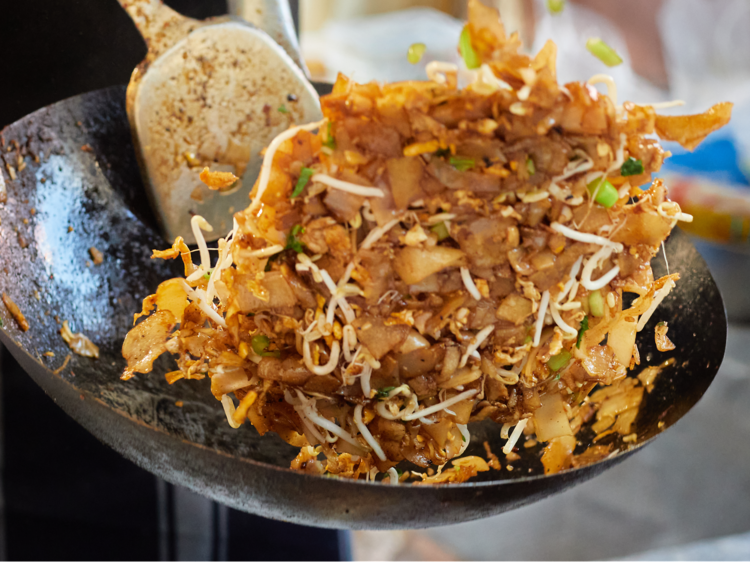 While development around Chatswood's station and schmick renovations of the area's biggest malls has seen the arrival of world-renowned Chinese restaurant chains like Din Tai Fung and Hai Di Lao, many small local businesses have also endured.

One such spot? Chatswood BBQ Kitchen (好上好燒臘海鮮小廚) on Victoria Avenue. Chances are you'll spot the queue or smell the sweet and savory aroma of the BBQ glaze dripping off the roasted duck before you see the actual restaurant. You have the option to takeaway but for those with time, order in — there is something sacred about tucking into warm roasted duck, atop fragrant, steamed white rice with a side of tender choy sum. And don’t forget the honey-like plum sauce. Nearby Tim’s Barbecue Kitchen is also never without a queue – but note that it's takeaway only.

Some of the best culinary spots in Chatswood are nestled in its humble food courts in smaller shopping arcades, like Mandarin Center and Lemon Grove. Food courts have long been a refuge for students tight on cash, but the value and versatility of communal dining makes them a popular draw for many. Buy a drink from one vendor and combine it with a plate from another: it’s the perfect solution for indecisive appetites.

Otherwise, head to East West Gourmet (東西坊) and order the fried salmon head noodle soup: the crunchy, fatty salmon head and the tangy broth will convert you. If you’re looking to feed a hungry crowd, head to Lemon Grove plays host to Chinatown favourite Chinese Noodle Restaurant (北方拉面馆), which opened up shop up North just a few years ago. The owners come from China’s northwestern province of Xinjiang, and pay homage to their hometown with fresh hand-pulled noodles and pork mince pancakes. If you’re lucky, you might even catch sight or sound of the owner, a stellar violinist who likes to perform for diners when the mood strikes him.

If it's south-east Asian cuisine you're after, you're in luck: try the the signature tom yum soup at DoDee Paidang, or nasi lemak and roti at Malaysian restaurants PappaRich or Mamak. Or, travel down Victoria Avenue and find Chat Thai down at The Mix (yet another shopping complex) or further to North Willoughby for a nourishing bowl of phở or a herbaceous bánh mì on a fresh, crusty baguette inside High Street Bakery.

Aside from a multitude of bubble tea and purple rice yoghurt drink options, there are some particular special mentions for the sweet teeth among us. Above Chatswood Interchange in District Dining is where you'll find the fluffy-beyond-belief Japanese pancakes of Gram. Gelateria Gondola makes fresh scoops of Italian gelato and sorbet in-house: arum ricotta injects a citrus zing into a creamy flavour, while the arance rosse Aperol blends blood orange into the popular summer drink. 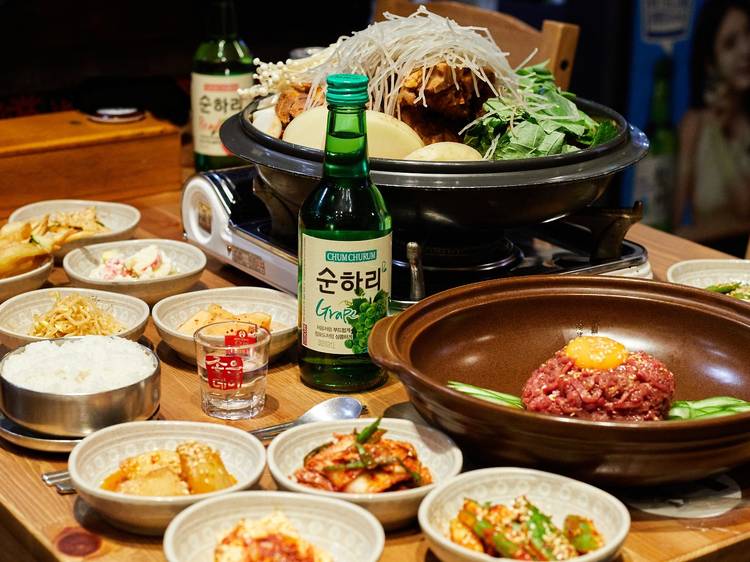 A favourite semi-al fresco spot, especially in the warmer seasons, is Korean BBQ restaurant Myeon Dong. Renowned the suburb over for its offering of 12 free (!) side dishes, Myeon Dong lets you eat outside (for BBQ) or inside (for non-BBQ). While Korean BBQ is best paired with soju, you can also BYO drinks of choice. If you're carting your own in, Korean supermarket Young Mart down the street opens late until 10pm and stocks a sizable range soju and makgeolli to Japanese sours and chūhai, or Japanese canned drinks.

For more of a typical beer chugging locale, hop over to The Bavarian next door. There are multiple locations across Sydney, but the atmosphere here is the perfect cross between a pub and a beer hall, complete with a ping pong table. 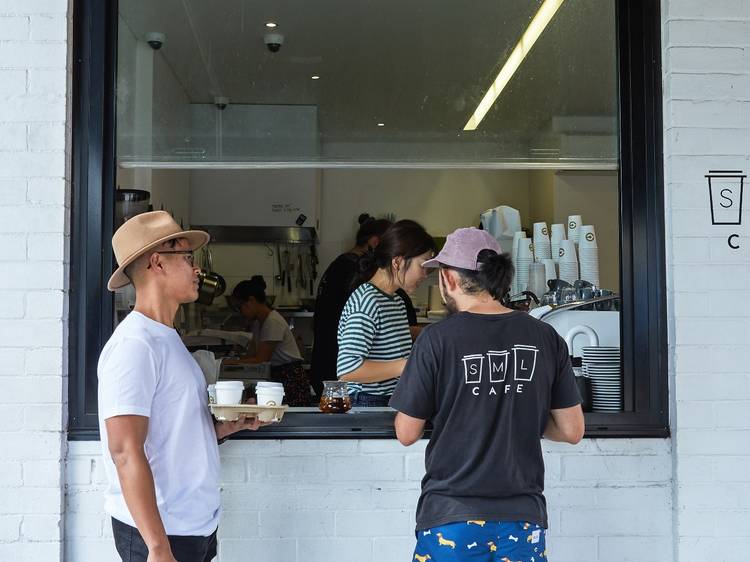 Although technically just outside of Chatswood, bordering North Willoughby, the best cup of Joe in the vicinity can be found at SML Cafe. Jump in for a quick drive there, otherwise take a brisk half-hour walk from Chatswood Interchange. Its strong coffees and bacon egg rolls are the perfect way to start the day (it's one of the few in the area open from 6am). Since 2020, SML has also expanded its semi-alfresco seating down the sidewalk – great for dog owners and social distancing.

If you’re searching for a more centrally located caffeine hit, enter Elbow Room, another sleek coffee joint that rises early. A changing roster of “guest beans” and coffee flights sets it apart from your average neighborhood café. Like SML, it has a hearty all-day breakfast menu with creative options to satisfy both the eye and stomach. 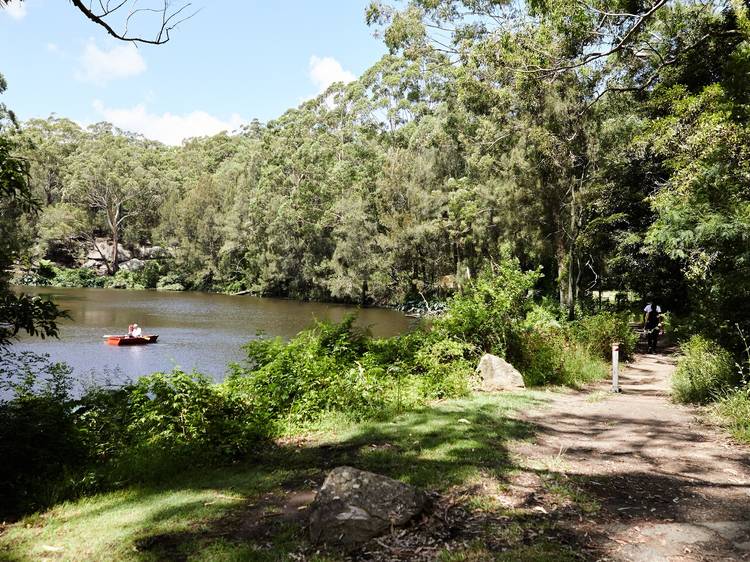 Chatswood may be a great for eating and indulging, but it’s also well-equipped to accommodate cyclists (or rather UberEats/DiDi deliveries these days) with plenty of bicycle parking and cycleways that take you toward Artarmon and break before extending from Artarmon Reserve to North Sydney and Cammeray.

If you’re looking for a more scenic ride, head to Lane Cove National Park, just over a five minute ride or drive from Chatswood Interchange. The main loop that follows Riverside Drive from Riverview Carpark up to the Bloodwood picnic area is short — just over 3KM one way — and doesn’t charge an entry fee ($8 per vehicle) if you’re walking or riding. If you don’t own a bike you can rent one from the Boatshed, if you don’t cycle, there’s still plenty more to do. Run, hike, camp, BBQ or rent a canoe and paddle down Lane Cove River.

If you’re after a breather, Chatswood Oval is just five minutes away on foot from Chatswood Interchange. You’ll see kids playing sports here after school, personal training sessions, and casual walkers sharing the grounds when the rugby and cricket clubs are off. It's also a great spot to watch the sun come down on the Chatswood skyline. 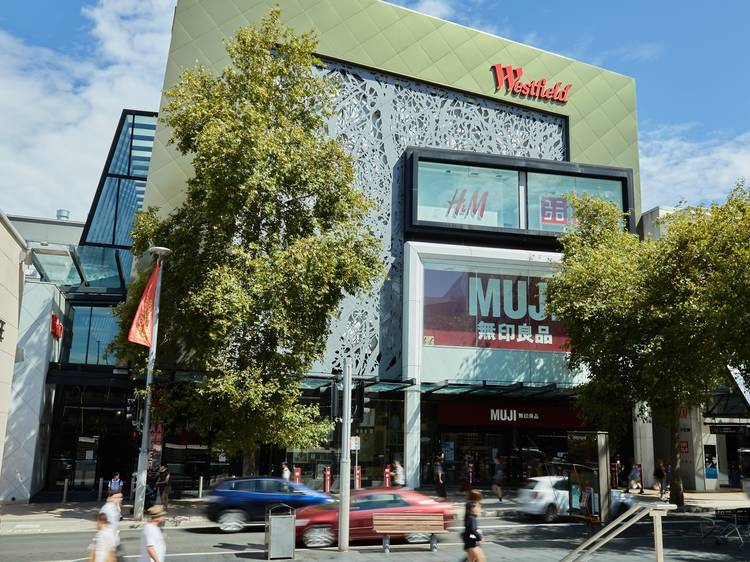 Though we’ve lost some greats (a special mention to be made for Toys“R”Us), international brands — the likes of ZARA, Lululemon, Pottery Barn, Apple, UNIQLO and Muji — can all be found here. Split your time between the two biggest malls, Chatswood Westfield or Chatswood Chase, or wander the open-air Chatswood Mall Markets on Thursday and Friday for more local, hidden gems.

Shopping for dinner? Asian supermarket-grocer New Yen Yen Supermarket, right across from Chatswood Interchange, is where you'll find fresh Asian greens and herbs in generous bundles, and entire aisles dedicated separately to noodles and rice. If it's cheese and charcuterie you're after, head down to traditional Italian deli, Quattro Deli in Chase and find inspiration amongst their preserves, cheeses, charcuterie and cannoli. For a pungent (pricey) addition, peep its stock of fresh black truffles. 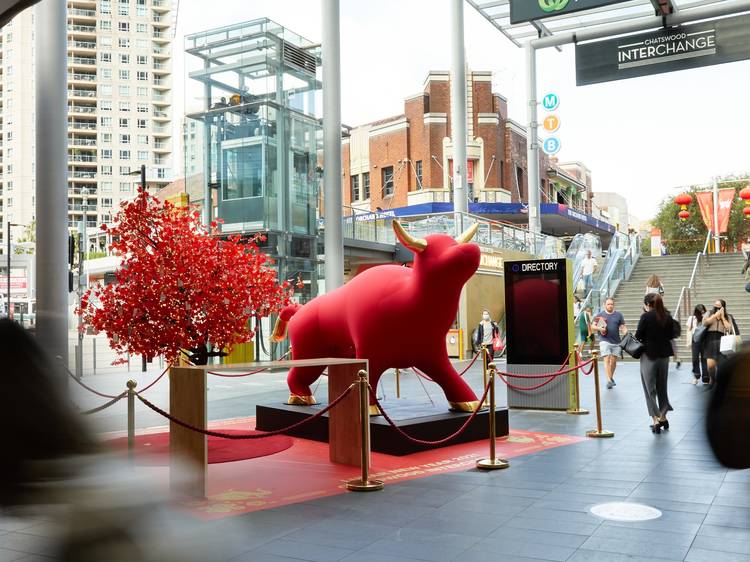 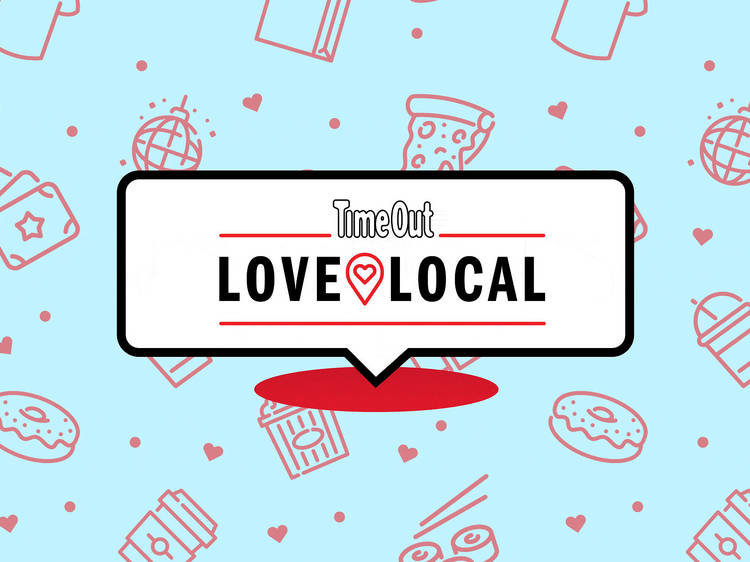 Get a local's perspective on other areas by clicking on the map.