Here at Time Out, we make no secret about the fact that we love Sydney – it’s pretty much the guiding light behind everything we do. But despite holding our beautiful Harbour City in our heart, even the most devoted Sydneysiders get a tiny bit antsy from time to time. And by antsy, we really mean disproportionately pissed off over those little inconveniences of Sydney life. We know that many of these aren’t reasonable – hell, some of them aren’t even sane. But we defy you not to agree that at least a few of these things have also filled you with a white hot, completely irrational rage.

Whether it’s the loosey-goosey grasp of a timetable (any listed departure time could be anywhere from 10 minutes early to 15 minutes late), watching the bus you’ve been waiting for for the past 25 minutes speed past without stopping, or trying to figure out how in the hell you would otherwise get somewhere without a train or light rail stop, buses in Sydney seem hellbent on winding people up.

We’re not sure who decided that Central and Town Hall stations should be absurd labyrinths with minimal signage and a million confusing exits, but whoever it was is a probably cackling from the heavens every time someone steps out into Eddy Avenue instead of Devonshire Street like they wanted to. We hate them.

Using an umbrella should be a fairly easy task, right? Apparently not in Sydney. They’re either being mangled and shoved in the bin or used to impale the eyeballs of hapless passersby who get too close. And if you’re under a street awning PUT YOUR MUVVA FLIPPIN UMBRELLA DOWN.

Sometimes, we are even filled with rage at the rage of others. How meta! Yes, the lockout laws sucked, but claiming Sydney is dead because you couldn’t go out in the Cross, which you hadn't voluntarily ventured to in years anyway, is just bellyaching for bellyaching’s sake.

Especially on Pitt and George Street. C’mon people! Pick up the damn pace, we’ve got places to be!

Even though you know, deep down, what’s going to happen, every couple of years you decide to give Sydney’s most famous beach one last go, only to be reminded by the terrible parking, the hordes of people, and the insane amount of time it takes to both reach and leave it, that it is one of the single most infuriating locations on Earth.

Being told that Sydney is expensive

No shit! Yes, we are aware that our rental costs are extortionate, that it is not particularly reasonable to pay $23 for a salad, and that the train fare to the airport is daylight robbery. We don’t need you to remind us what a money pit this city is.

Isn’t knowing how to reach the place passengers need to go to literally 50 per cent of the job? Can I have a discount for directing you to somewhere you seem to think is an obscure enclave like, I dunno, Surry Hills?

Yes, yes, Sydney has the NYE fireworks display. Yes, it gets broadcast all over the world. But actually being in Sydney on December 31 is a maddening mix of overpriced events, irritating crowds, and negotiating the whims of all your indecisive mates in a vain attempt to have a 'good time'.

Despite the eye-watering sums most landlords expect Sydney renters to pay, not to mention the stratospheric cost of actually buying a property, there are very few pads that don't have at least some damp to contend with. News flash: having a patch of black mold on your ceiling should not be the norm.

How normal people turn into psychopaths when driving in Sydney

There is a horrifying transformation that seems to take over Sydneysiders when they get behind the wheel. Folks who are usually sweethearts suddenly become hellbent lunatics, honking at the car in front if it doesn’t move 0.0001 second after the lights turn green, flipping the bird to anyone who dares slow them up in any way, and weaving in and out of traffic like they have a deathwish without a single shred of shame or sanity.

Just because we can acknowledge that peoples’ behaviours when driving in Sydney are pretty outrageous doesn’t mean that we’re immune from that very same road rage ourselves. Even the tiniest level of inconvenience caused by a fellow road user will turn us into a seething monster.

Contrary to popular belief, suburbs outside of ‘the bubble’ are not some kind of dystopian, post-apocalyptic hellscape. Telling an Inner Westie that you live in Parramatta or Crow’s Nest or Cronulla feels like you're telling them you’ve got a terminal illness and only days to live.

Just when you could really use a caffeine boost in the early arvo is, for reasons that don’t make much sense, the exact time most baristas hang up their aprons for the day.

People not moving down on the light rail

In the Beforetime, the fury-inducing peeve of people refusing to shuffle into the copious amounts of space in the middle of the carriage was irritating. Now that there’s physical distancing to factor in, it’s blood-boiling.

Who the hell carries actual currency around with them any more? Why don’t we just give up on money altogether and start bartering? We’ll make allowances for markets but c’mon, having an EFTPOS machine is so easy these days, there’s really is no excuse.

A banh mi made with a brown roll

WHY WOULD YOU MESS WITH PERFECTION? The king of sandwiches should not be sullied with anything other than a fresh, crusty, white baguette and to say otherwise is just plain sacrilege. Anyone who dares disagree in the comments, please consider yourself the beneficiary of all my irrational rage for today.

There's plenty we love about Sydney too 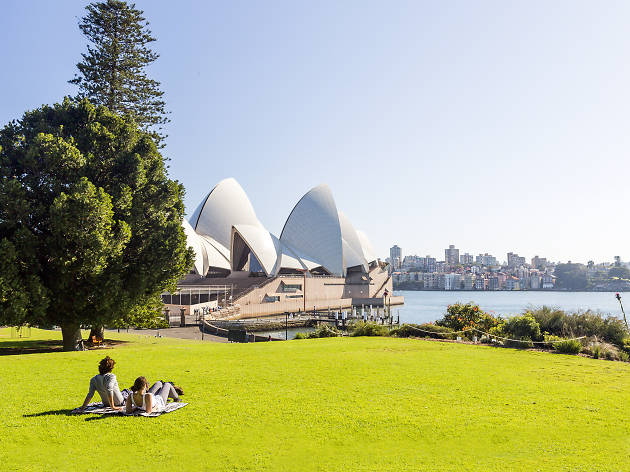 We’ve picked out 50 things to do in Sydney at least once, from kayaking on the harbour and cocktails with a view to our favourite weekly markets.