There’s no denying that the reputation of Sydney’s nightlife took a nosedive in the wake of the wildly unpopular lockout laws, and the national shutdown orders and hospo restrictions of 2020 did little to improve matters. But in 2021, with lockouts a thing of the past and the city re-energised after last year's shutdowns, Sydney’s nightlife renaissance is ready for take-off. To herald this exciting new era for Sydney’s after-dark culture, Sydney Solstice has created a sprawling program celebrating all things nightlife across four main areas of the city: the CBD, Oxford Street, Newtown and Darling Harbour.

It’s an audacious spread of events, covering everything from food and drink to live music to experimental performance and just about everything in between. To help you navigate such a dense selection of incredible events, we’ve teased out some of Solstice’s top highlights, based on what you’re into. 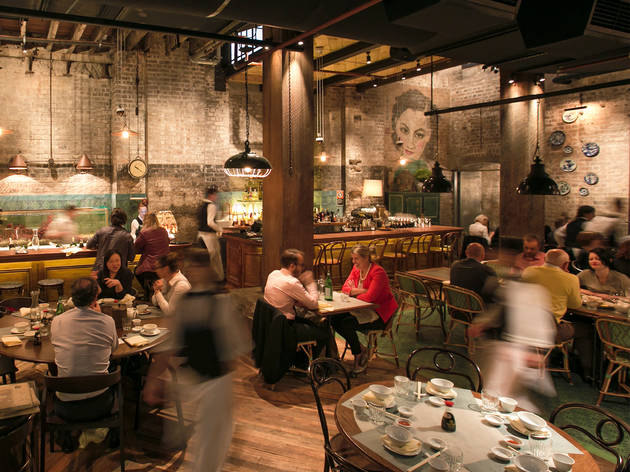 In this hungry city, you couldn’t exactly throw a winter festival without some inventive ways of feeding the masses. Dinner at Solstice is best washed down with an eyeful of Sydney’s most glittering views: cruise along the harbour while you take in Sydney’s pastel-coloured sunsets (particularly striking in winter) at the Sydney Solstice Sunset Dinner (Jun 11-20) which leaves the jetty at 5pm (just in time to watch the sky turn a kaleidoscope of pinks, oranges and violets). Here, each course is paired with the cream of the crop of Tyrrell's wine, from a crisp Hunter Valley semillon to a rich, soft shiraz.

For more dishes eaten with a view, fine diner Aria is hosting a slinky, late-night event series called Aria After Dark (June 8-20) centering local, state-grown wine and produce and tipples all evening – all curated by the man himself, Aria executive chef Joel Bickford.

For something a little more come-as-you-are, check out the buzzy, new South Eveleigh precinct during the festival. Its streets are set to come alive with tunes, dancing and more for the two-day South Eveleigh Solstice Festival (Jun 18-19). Wander around and try salvaged-produce cocktails at Matt Whiley’s sustainability-focused bar; Cantonese plates with native ingredients at Kylie Kwong’s new lunchtime-only opening; slurpable ramen from newbie Rara Chan, and more.

If you’re a foodie who also doesn’t shy away from a boogie, we’ve got the perfect post-dance feed for you: incomparable Cantonese fine diner Mr Wong is putting on an after-dark Midnight Feast (Jun 11) from 12am to 3am in honour of Solstice, for one night only. 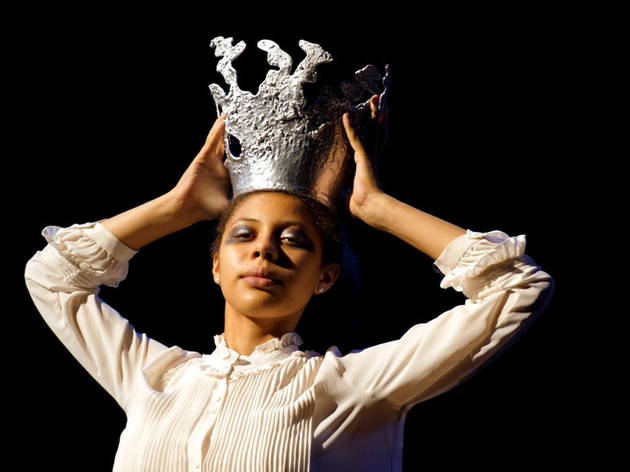 Learn more about the stars through the wise eyes of a First Nations astronomer in the hour-long Aboriginal Sky Dreaming Cruise (Jun 9-20) departing from Darling Harbour at 6pm and Circular Quay at 6.30pm.

Gather on the MCA forecourt at sundown and throw yourself into the mysterious, interactive queer sci-fi show Creation (Jun 11-20), tackling the climate crisis in an eye-popping way. It’s been conjured up by artist Deborah Kelly and a host of her fabulous friends, including dancer and choreographer Angela Goh.

Immerse yourself in spectacular Total Reflection (Jun 8-17) at Opera Bar. It’s a swoonsome combo of light installation and performance by Sam Whiteside and Babekühl, plus live music by Jono Ma and Jonti.

Take the little ones to the Australian National Maritime Museum to check out Harbour Garden (Jun 8-20), a magical inflatable wonderland of strange and wonderful creatures based on the local underwater life. It’s a team effort from large-scale art supremos Goldberg Aberline Studio, and Studio A, who collaborate with artists with intellectual disabilities.

The Third I Festival (Jun 18-20) will celebrate their three ‘I’s’ – Indigenous, international and Inner West communities – with programming that spotlights diverse and exciting new voices while activating this beloved part of town. It'll be taking over Enmore Road with a thrilling lineup of more than 30 arts, music, food and cultural events. 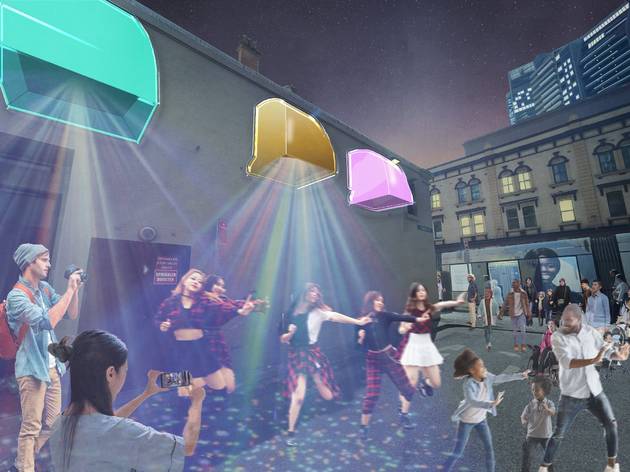 Into a more experimental brand of culture? There's plenty at Solstice to feed the imagination. Art meets party in a heritage Haymarket laneway in funky happening Wanna Dance (Jun 8-26). Bringing together Sydney’s bright sparks of choreography, design and installation art, expect everything from ballroom to hip hop to fuse together under disco lights as you shake it off like no one’s watching.

Filmmaker Sonia Bible will preside over two screenings of her spookily sensuous doco The Witch of Kings Cross (Jun 13-20), about occultist artist Rosaleen Norton, at vintage fashion and second-hand bookstore Grand Days. And if you’re into scary movies, you can see the original Giallo masterpiece Suspiria (Jun 17) at Golden Age Cinema in a double feature with a string quartet from the Sydney Symphony Orchestra Fellowship playing music inspired by the Dario Argento classic in the bar. 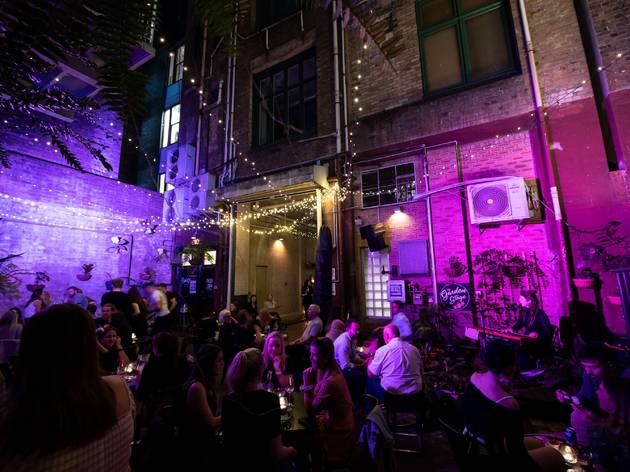 In case you hadn’t heard, the tiny bars of Sydney’s CBD have joined forces to become a boozy cluster of fun and rambunctiousness. ‘YCK Laneways’ refers to York, Clarence and Kent Streets, and the junction will host Night Over Light (Jun 8-20) over Solstice – a 13-day street party of live music, theatre and dance accompanied by food and drink options. Pick from 76 free and ticketed events across 15 bars: there’s poetry, sea shanties, tarot readings and more.

If you prefer your boozing with a focus on microorganisms and fermentation processes, stop in at Oxford Street bar Bitter Phew for a night. At Phew-ture (Jun 8-20), you’ll get a glimpse into what Australia’s food landscape could be like, with the use of native and wild ingredients. Sharing the tricks of his trade will be Gabriel Gutnik of Ziggy’s Wild Foods, who will also whip you up a bushfood-inspired cocktail while you learn.

Otherwise, sip on a brew or a few at the Terminus Hotel in Pyrmont which is set to host a veritable Brew, Beats and Burgers (Jun 12-14), a craft beer festival to add to your beer lovin' inner city itineraries. 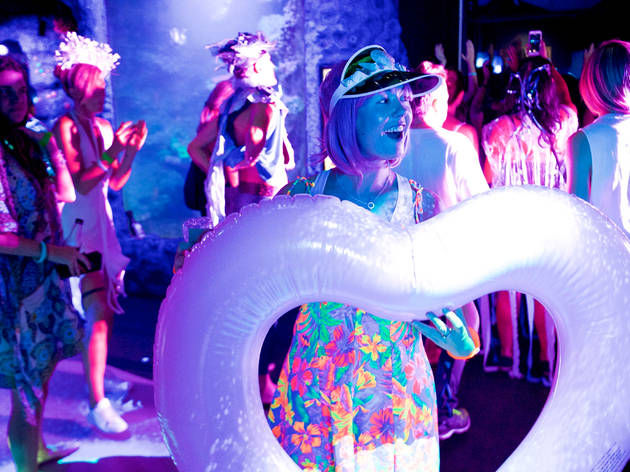 Get ready to sleep, eat, rave, repeat, because Solstice is bringing clubbing back to Sydney in a big way. For months in 2020 (and a tense couple of weeks more recently), the Harbour City’s dancefloors fell silent. But now restrictions on nightclubs have lifted, it’s time to break some shapes, bust some grooves, and rave like it’s the ‘90s, glow sticks and all.

You can get down in the deep at the Sea Life Sydney Aquarium’s Sea Life Glow (Jun 10-19). Amongst beautiful glowing corals and exotic bioluminescent sea creatures, partygoers can enjoy a nocturnal roam through the submerged corridors of this top animal attraction, while DJs pump out back-to-back bangers.

The jewel in the crown of Merivale’s CBD HQ, the Ivy, was recently relaunched as a seven-days-a-week clubbing venue, and its new flagship dance party, Boogie, kicks off at Solstice. By the waters of its rooftop Pool Club, disco classics and house floor fillers, courtesy of DJ Alex Preston, will be pumping on Saturday June 12. From the team behind Lost Paradise Festival, Lost Sundays (Jun 13) is a club night made for those who love to move. The closing party for Solstice, Monday at the Ivy (Jun 14) is set to be a massive celebration of Sydney’s nightlife renaissance and a knees-up not to be missed.

The legendary kings of clubbing, Ministry of Sound (Jun 11-13) are laying on a three-day salute to house music at the heritage listed Campbell's Stores in the Rocks, with a setlist that charts more than three decades of beats. But for those who want a real marathon club experience, the place to head this Solstice is Harry’s. Across seven nights, you can catch Altar Danceteria, a grand tour of just about every facet of club culture, from hip hop and R’n’B, to electro doofs and techno classics, and just about everything in between. 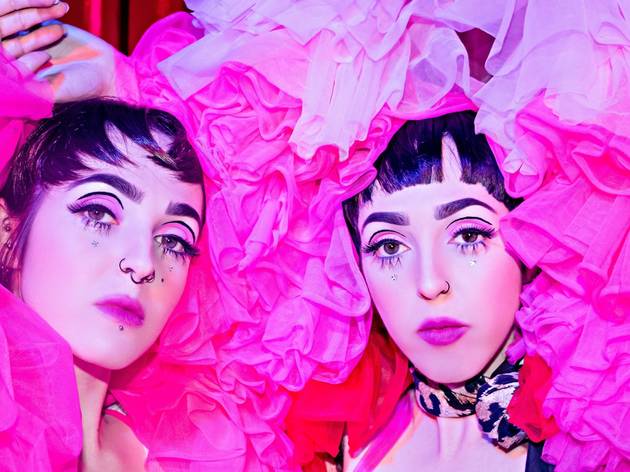 These are some events to take pride of place in your calendar. Sydney’s vibrant LGBTQIA+ communities are serving up a bevy of events from raging parties to more chilled-out safe spaces with performance art, and thought-provoking talks to boot.

Mardi Gras is back in town, literally – the Mardi Gras Pride Weekender (Jun 18-19) will take over the Metro Theatre for two days of fab events. It kicks off with beloved DJ competition Spin-Off, queer artist showcase Express Yourself, a timely Queer Thinking talk on religious discrimination hosted with Equality Australia, and My Drag Story takes you behind the glittering façade as you hear from scene stalwarts and rising queens and kings.

Over at the Stonewall, queer ravers House of Mince are taking over for two nights with Bona to Varda (Jun 11-18), a raucous queer variety show featuring the subversive likes of Betty Grumble.

Poof Doof (Jun 20) is turning the party antics up to eleven at the Ivy with a huge party headlined by Sneaky Sound System and Drag Race darlings Coco Jumbo and Jojo Zaho.

Prepare to settle in for twisted, icy storytime with The Longest Night (June 13), a queer reading event in the Abstract Thoughts Gallery next to Café Freda's in Taylor Square where writers and comedians share tales of passion (think steamy Frozen fanfic).

For something completely different, The Queen’s Feast (June 13) promises a supper for all the senses, bringing a culinary journey to Town Hall filled with soundscapes, movements, live music and unexpected surprises presented by Heaps Gay and a line-up of all-women talents. Upstairs at Universal, the experience that turns a nightclub into a glittering dinner theatre is joining the fold of Solstice with the fabulous Premiere Enchantment (Jun 11-19), where Oxford Street’s finest drag queens turn fairytales upside down.

And that's not all that's coming to Sydney this winter 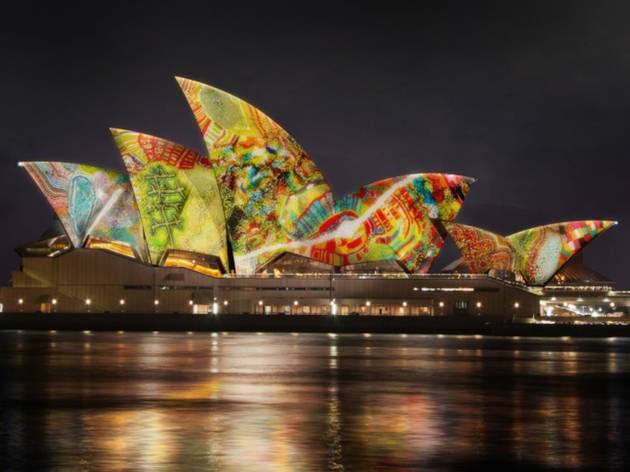 After a year on hiatus, the return of Sydney's largest festival of lights, music and ideas is ready to make up for lost time, with a program on a scale never before attempted by Vivid. More than 200 events, from August 6-28, will be transforming the city into a playground of the unexpected, lighting up five main locations across Sydney: Circular Quay, The Rocks, Barangaroo, Darling Harbour and Luna Park.