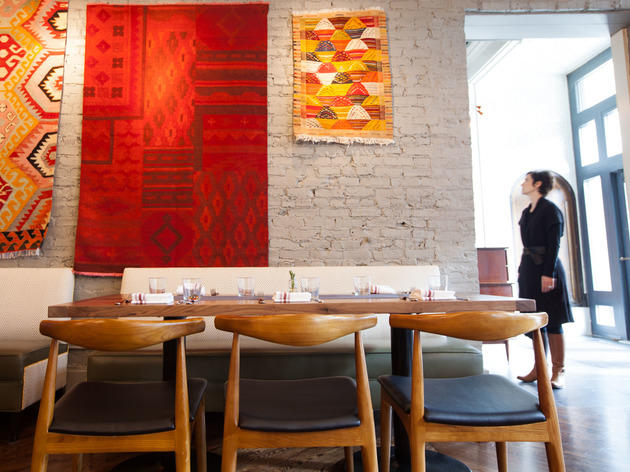 Matthias Merges' Italian and French inspired restaurant attracts a mix of University staff (and some sophisticated students) as well as neighborhood residents and anyone who wants perfectly executed dishes in a setting with huge windows and colorful, gorgeous textiles. The bucatini carbonara is rich and decadent, the regularly rotating proteins are perfectly cooked, and the Sunday brunch tests your restraint—give in, since the pork belly benedict and any pastry on offer are worth getting. 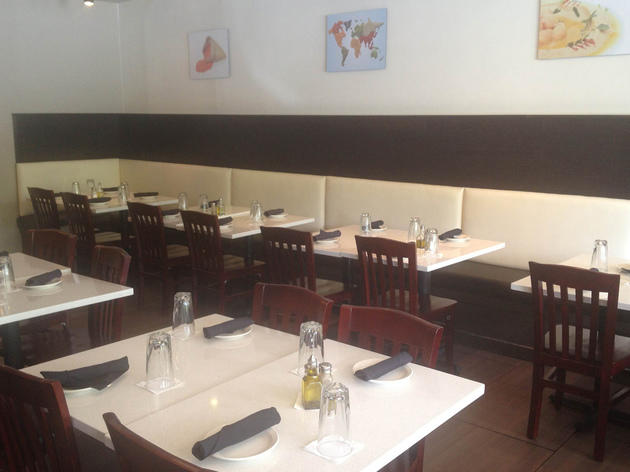 Cedars’ falafel, hummus, baba ghanoush, lentil soup—pretty much everything that goes with its delicious, warm pita bread—have us hooked. We could fill up just on starters here, but should you venture into massive entrées, prepare by bringing friends. The family-style special for parties of four or more gets you nine dishes for dinner ($15.50 per person) and six for lunch ($12.95). 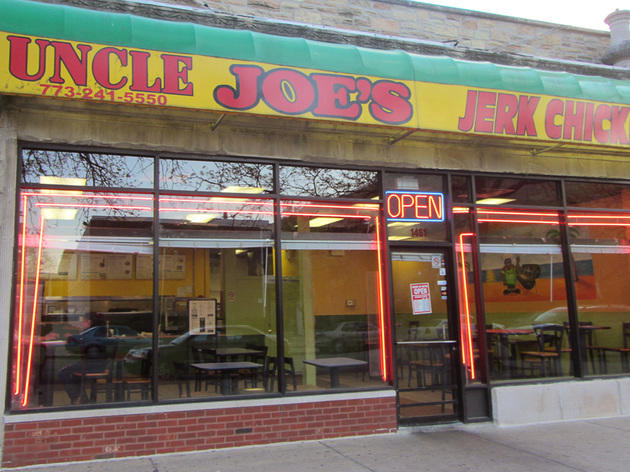 You’d be well advised to pay attention to this restaurant’s logo, which claims that Uncle Joe’s specializes in jerk chicken. That’s not to say the impossibly tender curried goat or smoky oxtail should be skipped over, just that the peppery jerk chicken is not to be missed. Tasty side orders, such as rice and beans and creamy mac and cheese, disappear early in the evening, as does the caramel cake, so get there early. The reggae floating through the air of the small dining room seems to mellow out most of the crowd. 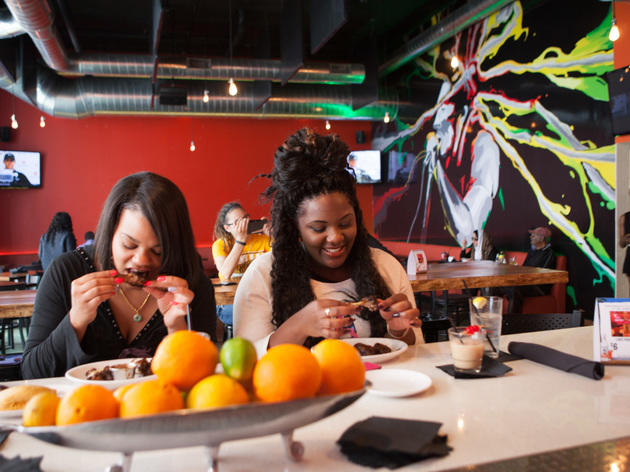 The lights are low and the Caribbean beats bopping at this Jamaican spot, recently relocated from its longtime Lincoln Park home to 53rd Street’s newish Harper Court development. While the Hyde Park dining room may be a bit glossier than its precursor, the restaurant’s soul—i.e., Herbert Errol Gallimore’s renditions of his native isle’s specialties—remains intact. Chicken, shrimp and pork are among the host of proteins given a smoky jerk treatment here. Perhaps most memorable, though, are the slow-cooked dishes like oxtail stew and goat curry, which transform modest cuts and humble root vegetables into pure warming and hearty comfort. On the cocktail front, the Ja’ Rum Punch—a potent mix of white, dark and coconut rums brightened with fruit juice—is a customer favorite. 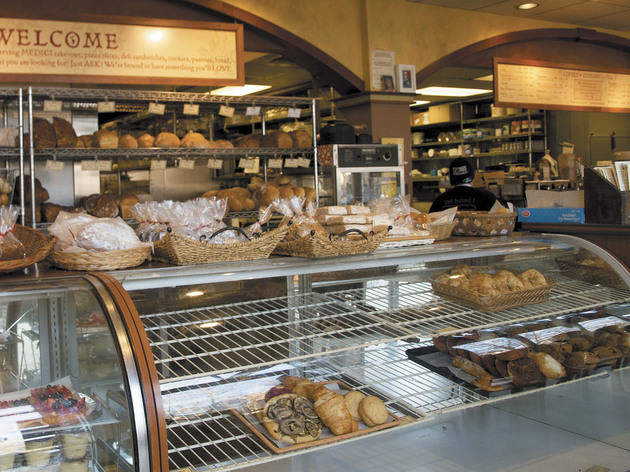 Bring a Sharpie and an appetite for burgers and pan pizza when you hit this University of Chicago hangout. Patrons have left poetry and political rants on the Med’s booths since it opened in 1963. Among the surprisingly good takes on typical student fare are specialty burgers and shakes, as well as great late-night salads. Go for the simple but classic Ensalata Kimba—blue cheese, apples, red peppers and pecans over crisp romaine. The restaurant also serves freshly baked pastries from its sister bakery next door. 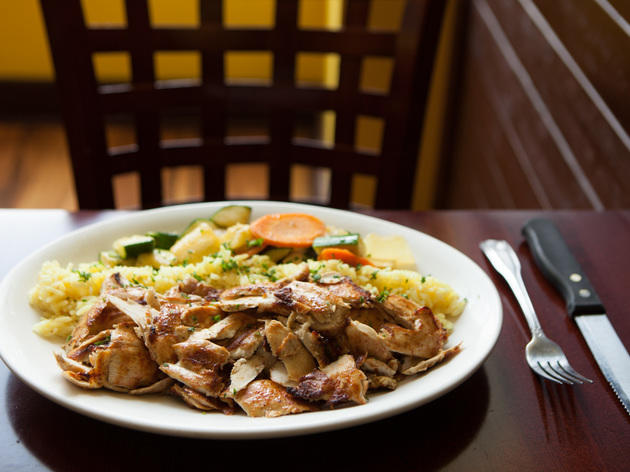 So maybe this Middle Eastern stalwart isn’t much to look at. But does that stop students, professors, townies and anybody else from packing the place? No. And here’s why: The falafel is fried crisp, the hummus is pureed smooth, and the shawarma is sliced thin. It’s all dropped off at your table with almost alarming speed, which makes it maybe not the best place for a romantic, lingering dinner. But this is U. of C. territory—who has time for romance when there’s Heidegger to read? 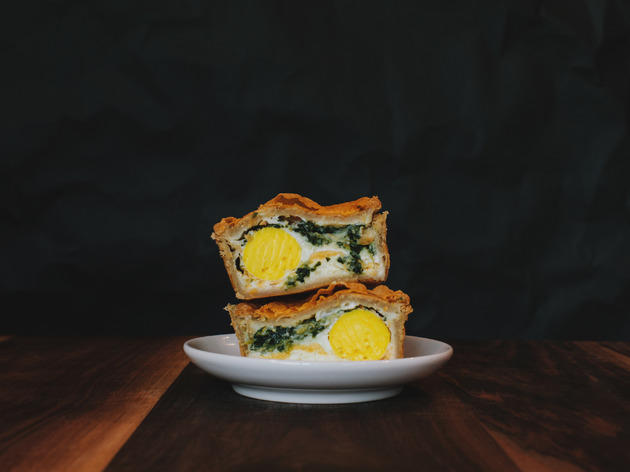 Light and loveliness abound at this U. of C.-adjacent spot, courtesy of a southerly wall of windows that offers diners a profile view of Frank Lloyd Wright’s Robie House. Inside, rows of diminutive drawers, taxidermied birds beneath glass domes and a dramatically coiled cold brew drip tower impart a cabinet of curiosities vibe that’s balanced by a fresh white palette and minimalist furnishings. The menu features hale and hearty items like savory pies from Pleasant House Bakery and a tartine of tangy sourdough wheat dressed with spinach pesto, crunchy pepitas and a pile of balsamic-laced roasted root vegetables. On the downside, seats can be tough to come by, making us wish someone would clue in the patrons hunkered down over laptops while nursing the dregs of a coffee during the lunch rush. 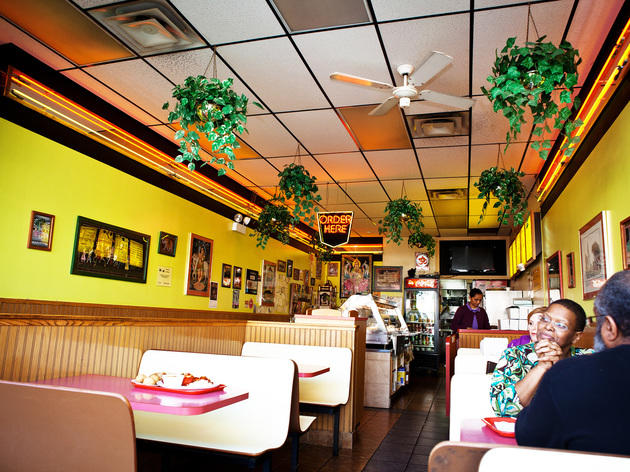 This petite, cafeteria-style spot wins top honors in the odd bedfellows department: Beneath the sneeze guard, trays of Indian curries mingle with comfort classics of the American South. (The latter items, along with the name, are holdovers from the restaurant’s previous incarnation as a straightforward Southern spot; when ownership changed hands in the early 90s, some things remained the same.) To our tastes, the Indian dishes—like chana masala and butter chicken—lack complexity. But the cornbread muffins are moist and buttery, and the fried chicken batter has a nice crunch and a tasty black pepper kick. It may not be fare fit for a Mughal emperor, but with generous combo dinners going for five or ten bucks a pop, it’s certainly sufficient to satisfy hungry students. N.B. There are just three booths here, so it’s best to plan to take your meal to go. 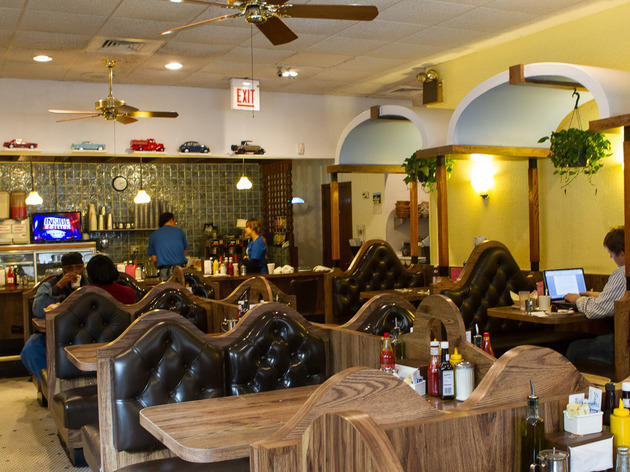 It makes perfect sense that this Greek diner should be on U. of C. territory—the interior has that dark, woodsy look of a professor’s office, and servers exhibit all the sensitivity and friendliness of disgruntled college cafeteria workers. For some, that’s half of what makes this place so charming. The other half comes in the form of housemade soups, like the sprightly egg-lemon, the juicy burgers and—especially—the sandwich dubbed Nick’s Delight, which crams not just gyro meat into a pita, but thin layers of roast beef as well. 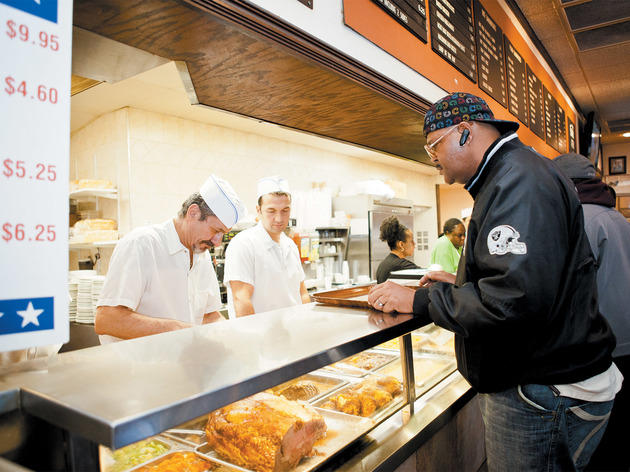 Quick thinking is the key to success at this classic cafeteria: once the line reaches the counter, you have only a few seconds to place your order, pick a side, order a drink and pay. For breakfast, we like the generous stack of French toast with a side of poached eggs. For lunch, it’s the baked chicken, so sumptuous that the meat falls off the bone. There’s always the question of whether to eat the sweet, cakey biscuits with your meal or save them for dessert; either way, make your choice the first time around. Otherwise, it’s back to the line. 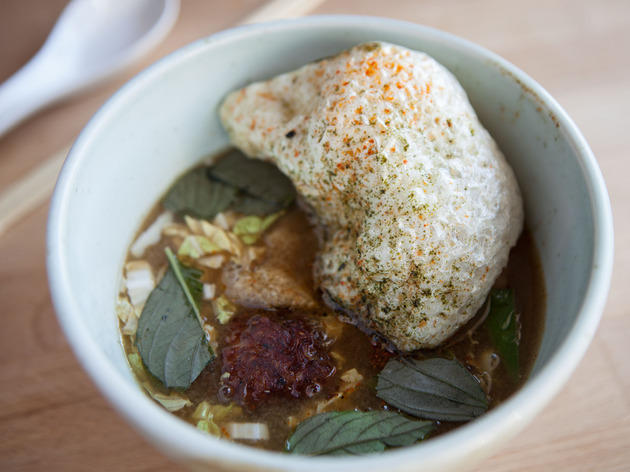 The second location of Matthias Merges' cool Japanese izakaya is a little chiller than the Logan Square outpost (less energy, less booze), but the food is just as great. The menu changes frequently, but start with a couple of buns, like the crisp fried oyster with kimchi, or the twice-fried chicken with pickled jalapenos. From there, you won't go wrong with any of the ramens—the Logan Poser ramen comes with a hearty fried pig's tail and an egg that release its yolk into the bowl when you slice into it. Merges's desserts, whether soft serve or doughnuts, are pretty simple, but always a solid end to a meal at Yusho. 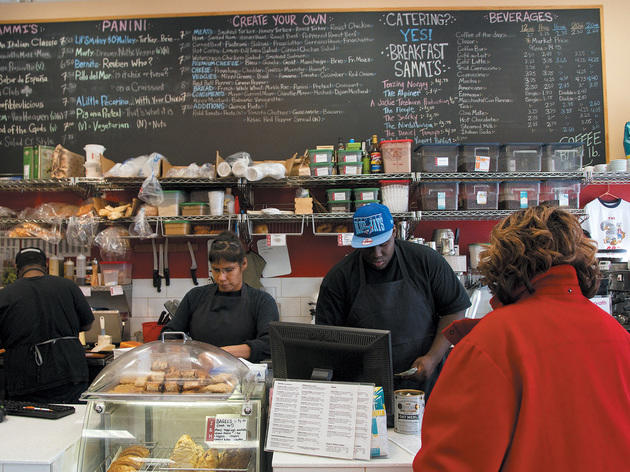 A couple of Hyde Park veterans (the former owners of Istria Café) and a sandwich maker from the suburbs joined forces for this casual but high-quality deli/grocery store. Crowds gather at the counter for Spanish jamón sandwiches with quince paste and panini that press farmstead cheese and ham between pretzel bread. Save room because the oatmeal-chocolate-chip cookies are a hot item, too; still, with only nine tables, the most coveted thing in the place is a seat (easier to find come summer when the patio opens).