Explore one of Chicago's most popular areas with our guide to the best of Logan Square.

What's the deal with Logan Square?

Situated along the CTA's Blue Line on Chicago's Northwest Side, Logan Square has solidified itself as a destination in recent decades. Walk along the streets here, and you'll find beautiful boulevards lined with vintage buildings and a commercial corridor along Milwaukee Avenue that hosts to a long list of notable restaurants and bars.

The neighborhood takes its name from General John A. Logan, a soldier in the Civil War who became a U.S. Senator. Throughout the 1800s and the early 1900s, Logan Square was home to an English, Scandinavian and Polish population, including many affluent individuals who built large homes along the boulevards. For a time, the area was home to the terminus of the Metropolitan West Side Elevated train, which was later extended to Jefferson Park and O'Hare Airport (and renamed the Blue Line).

Today, Logan Square has become a hub of the city's culinary and nightlife scenes, attracting Chicagoans and tourists who come to visit the acclaimed restaurants and bars that are seemingly always opening. But the neighborhood is also in the midst of a rapid transformation, with new construction along Milwaukee Avenue and the nearby Bloomingdale Trail reshaping the physical environment.

Sit down for a meal at Lula Cafe, a small restaurant that brought farm-to-table dining to the neighborhood in 1999. Overlooking the boulevard (and within eyeshot of the towering Centennial Monument in Logan Square), Lula Cafe has become something of a community hub—you'll often find local movers and shakers eating down for brunch, lunch or dinner.

Tucked away on a resdiential street, Small Bar boasts one of the best beer lists in the entire neighborhood and a small patio where you can enjoy a drink outdoors. Vegetarians will love the comfort food offered at Ground Control, where you can order tacos, wings and gyros made with tofu and seitan.

If it's sunny AND a Sunday morning, you should stop by the Logan Square Farmers Market, which sets up near Milwaukee Avenue and Logan Boulevard during the warmer months and usually heads indoors during the winter. Nearby, you can gaze up at the Centennial Monument in Logan Square, which was erected in 1918 to celebrate the 100th anniversary of Illinois statehood.

Catch a matinee at the Logan Theatre, which also boasts a classic movie-themed bar and lounge where you can sit down for pre- or post-show drinks. If you're looking for something caffinated, Cafe Mustache is a great place to sit down with your laptop or a good book while you sip a cup of joe. And if you fancy yourself a pinball wizard, Logan Arcade is stocked with a treasure trove of vintage (and contemporary) games for you to pump quarters into.

Stop by Rosa's Lounge to see local blues musicians playing 12-bar melodies until late into the night. If you're looking for laughs, the Lincoln Lodge host comedians nearly every night, including stand-up and improvised shows.

Do some browsing for new reading material at City Lit Books, pass the time with a cup of coffee at New Wave Coffee or relax on the grass at Palmer Sqaure Park.

Snag a charcuterie board or a sandwich featuring house-cured meats at Lardon, a cozy cafe that's just steps away from the California Blue Line station. From there, you might walk south to Solemn Oath's Still Life or stroll down Milwaukee Avenue to Life on Marz Community Club, a pair of bespoke taprooms run by local breweries that recently opened in the neighborhood.

Taking the Blue Line to the Logan Square station will put you in the heart of the neighborhood (near the Centennial Monument), but you can explore other areas by hopping off at the Western of California Blue Line stations.

Logan Square is a great jumping off point for exploring Chicago's Northwest Side. Head south to Humboldt Park, a sprawling green space that's part of the boulevard system and (in our opinion) one of the most beautiful park in the city. Take the Blue Line a couple stops south and you'll find yourself in Wicker Park and Bucktown—two neighborhoods that are packed with additional eating, drinking and shopping options. And if you walk north on Milwaukee Avenue, you'll find yourself in the traditionally Polish neighborhood of Avondale, where you can swing by Starpolska Restaurant for pierogi and sausage.

Things to do in Logan Square, Chicago 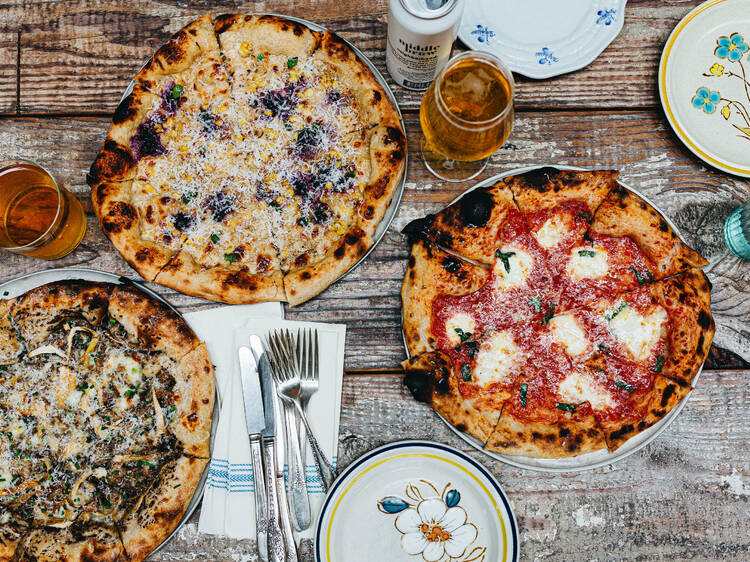 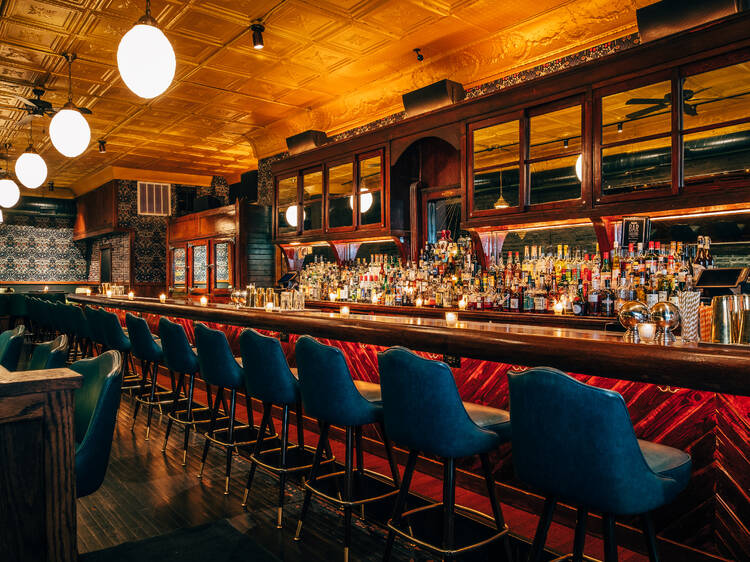 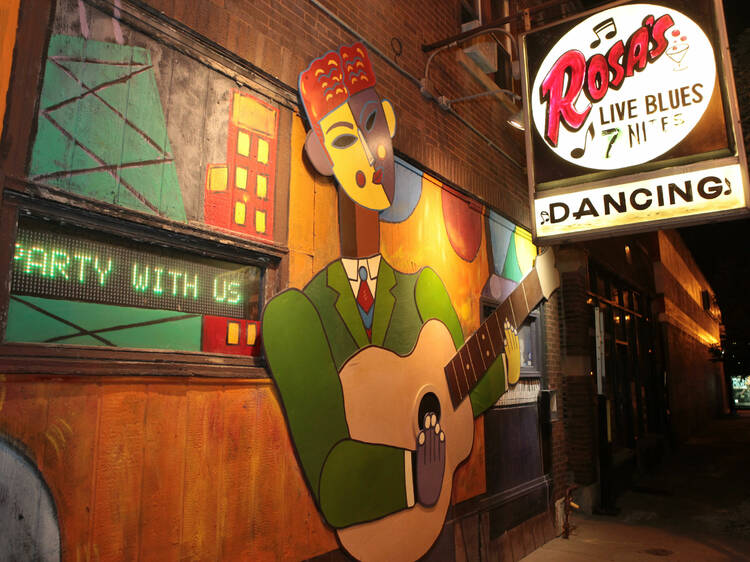 The best things to do in Logan Square 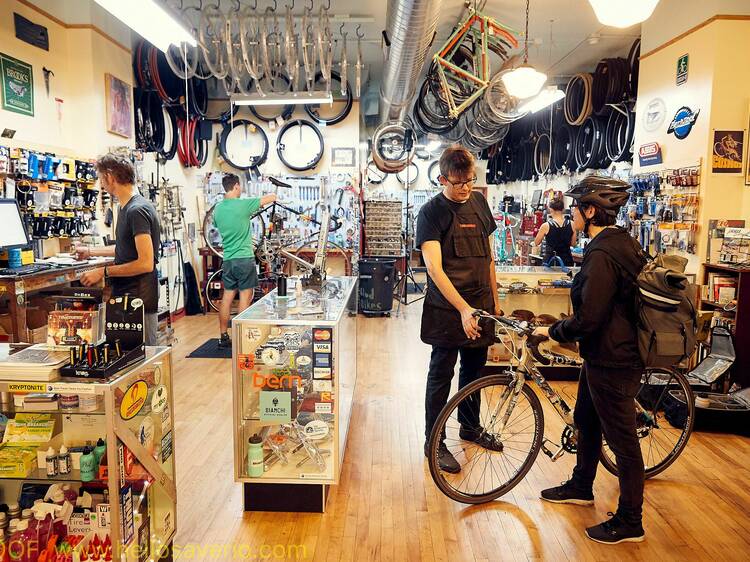 The best shops in Logan Square 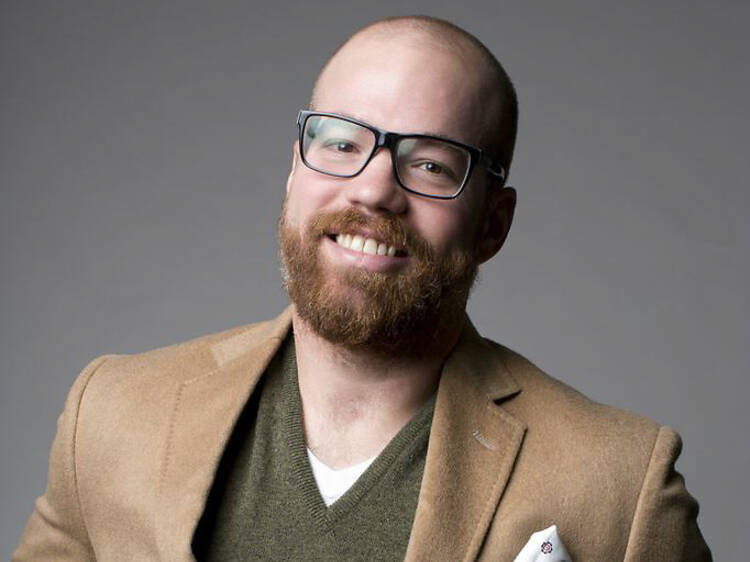 Notable locals spill the secrets on their favorite neighborhood spots 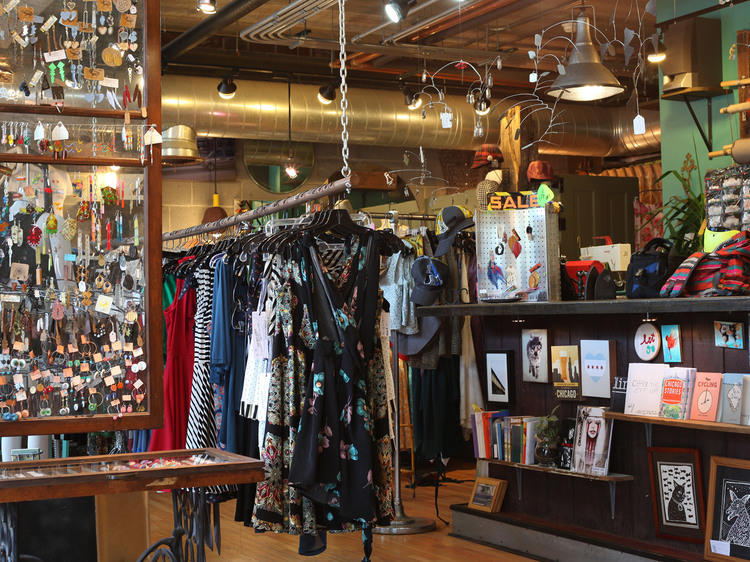 You tell us your favorite restaurants, bars, shops—and why Logan is the best ’hood in Chicago 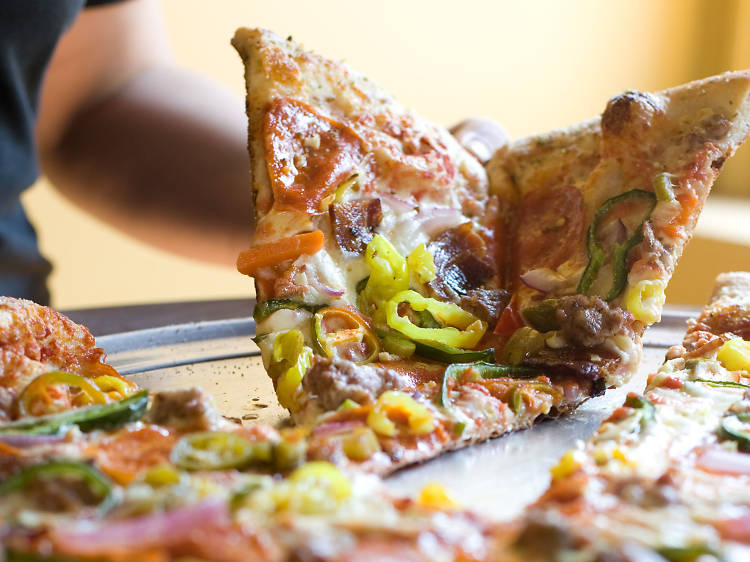 Logan Square has some of the best restaurants in the city and a bar everywhere you look, but dining in the neighborhood doesn't have to be pricey. Whether you... 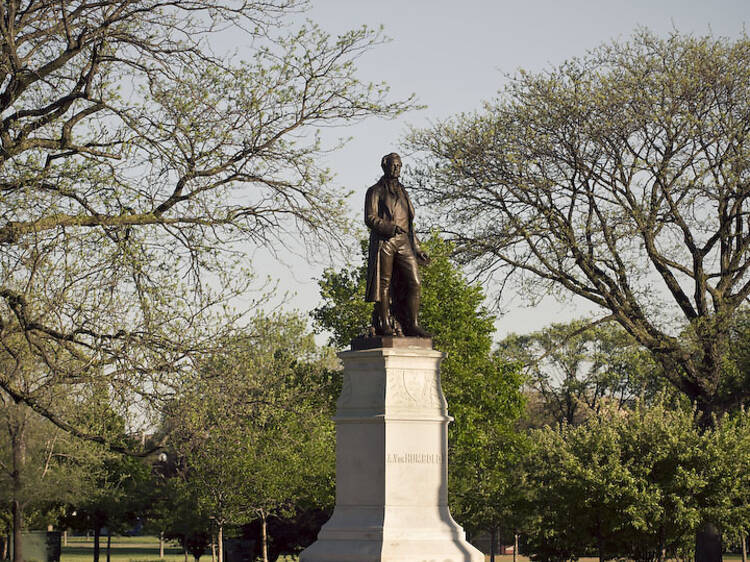