What’s the deal with Uptown?
For decades, Uptown has been one of Chicago’s favorite entertainment districts, welcoming visitors to an area that was once known for its ornate theaters, lavish clubs and sprawling beer gardens. Formerly the home of a major silent film studio as well as the preferred prohibition hangouts of mobsters like Al Capone, today the neighborhood hosts beloved Chicago music venues, a vibrant community of Asian restaurants on Argyle Street and some of the most scenic spots on the shores of Lake Michigan. Walking through some sections of Broadway Avenue can make you feel as if you’ve been transported to another era, while taking a stroll along the coast will remind you how beautiful the skyline views can be. Wander in all the right directions with our guide to Uptown and find everything you need to experience in this amazing Chicago neighborhood.

If you only do one thing
Take in the spectacular views of the city’s skyline from the outer portion of Montrose Harbor, which is accessible via Montrose Harbor Drive. Just sit down on the shore and enjoy the sights, which are equally impressive at day or at night—and if you want to hang around a little longer, go for a walk through the nearby Montrose Point Bird Sanctuary.

On a sunny day
An artificial hill surrounded by recreational fields on the northern end of Lincoln Park, Cricket Hill is a popular spot to soak up rays in the summer and to slide down an extremely gentle incline when there’s snow on the ground in the winter.

On a rainy day
Warm up with a bowl of spicy beef broth and noodles from Pho 777. The Argyle Street mainstay doesn’t have the expansive menus offered by its neighbors, but the five varieties of Vietnamese soup it specializes in are solid—and there are spring rolls and chicken wings to order if you’re still hungry.

Get cultured
When they eventually reopen, the Riviera Theatre and the Aragon Ballroom routinely host some of the biggest rock, pop and hip-hop acts, making Uptown a popular destination for concert-goers. In the meantime, you can take in some of the neighborhood’s vibrant street art, including a giant mural of Hebru Brantley’s Flyboy on the side of the Uptown Broadway Building (4715 N Broadway) and the Roots of Argyle mural (Winthrop and Argyle St), which tracks the history of the area from 1900 to 2000.

Stay up late
Many of Uptown’s usual nightlife destinations remain closed due to capacity constraints, but you can still see drag performances at The Baton Show Lounge, play bingo at honky-tonk bar Carol’s Pub or have a drink on the sidewalk patio in front of the Green Mill Cocktail Lounge and its famous neon sign.

Chill out
Grab a hot drink from local roasters Everyone’s Coffee or bubble tea from Bambu and find a bench in Lincoln Park to sit and sip.

Nearest train to Uptown
The CTA Red Line runs through the heart of Uptown, with stations at Wilson Ave, Lawrence Ave and Argyle St.

What else is nearby?
Wrigleyville and its selection of baseball-centric sports bars is just to the south of Uptown. Head north and you’re in the traditionally Swedish neighborhood of Andersonville or among the towering coastal high-rises of Edgewater.

The best of eating, drinking and having fun in Uptown 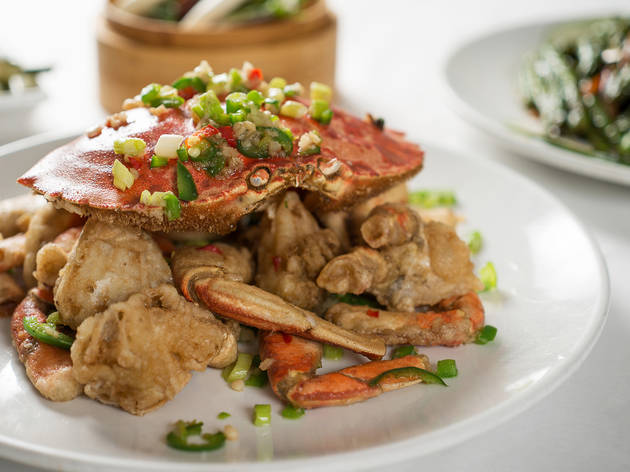 The best restaurants in Uptown span the globe, from Vietnamese and Chinese to American and Ethiopian. Our top picks are Sun Wah BBQ, Demera Ethiopian and Tank Noodle. Looking for something portable? Ba Le Sandwiches has you covered with one of the best banh mi sandos in Chicago. Searching for a special-occasion meal? Brass Heart is the place to go—one of the only fine-dining restaurants in the city that serves an entirely vegan tasting menu. 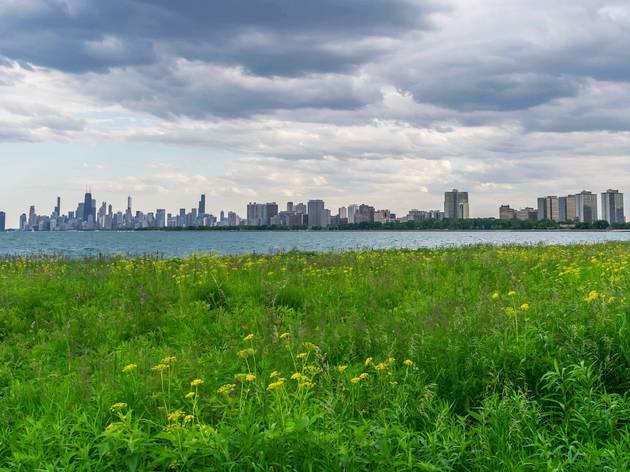 Long a hub for Chicago's entertainment scene, Uptown presents no shortage of amazing things to do. You can't call yourself a real Chicagoan until you've closed down iconic live music venue the Green Mill or wandered through the graves at Graceland Cemetery. And when you're not catching a show at Aragon Ballroom or the Riviera Theatre, there's no better place to chill out than the 15-acre Montrose Point Bird Sanctuary.