The psychologist-artist on his portraits of people with mental illnesses

Across the centuries, many people have only viewed mental illness from a distance and, often, with tripedition. Indeed, it’s frequently been a taboo subject and, even in 2017, there’s still an element of fear and misunderstanding when it comes to problems of the mind. But, for artist and psychologist Lee du Ploy, mental illness makes for a fascinating subject. In his paintings, he often shows how there’s more than meets the eye when it comes to these sorts of diseases.

Now the 75-year-old’s showcasing a large collection of works that he’s painted over the past decade at his own ZZHK Gallery in Sheung Wan, a gallery that he originally founded in London before later moving to our city. Each of these paintings in the new The Glass Facade exhibition,  on until February 24 and curated by Sarah Greene from Blue Lotus Gallery, are accompanied by stories from the patients, allowing viewers an insight into the lives of those living with mental illness, as well as du Ploy’s fascinating artistic process.

Although he arrived in Hong Kong only about a decade ago, du Ploy appears much like any homegrown Hongkonger, comfortably throwing in Cantonese phrases as he riffs off anecdote after anecdote. He was born on a farm at the edge of the Kalahari Desert in Africa. Later in life, after studying to become a psychologist and deciding to work with patients who have mental illnesses, he practiced in clinics around the world, including in Paris, Amsterdam and London, meeting his fair share of eccentric characters and high profile celebrities along the way. But, around 10 years ago, he tells us he needed a change and decided to head for our SAR. “I came to work for a clinic in Hong Kong,” he recalls. “I worked there for a year. I had some extraordinary cases and saw some very interesting things. But I felt like I was doing the same thing as before. I still had my coat and my jacket and my books. So I decided to experiment and see if I can manage to live without money and do what it is I’m most interested in.”

What du Ploy is most interested in is not just psychology but art too. These are his ‘passions’. So he did indeed begin to merge both, becoming, for want of a better word, a psychologist-artist. And he’s been gaining recognition for his art ever since. Du Ploy basically paints the people and patients he has met and worked with over the past 30 years. “Most of the people I paint are people who have had issues,” he explains. “Issues like anxiety and fear. What’s interesting for me is their facial expressions. When I paint people, I ask myself ‘what’s interesting about them? How do they come across? What is it they’re telling me?’” 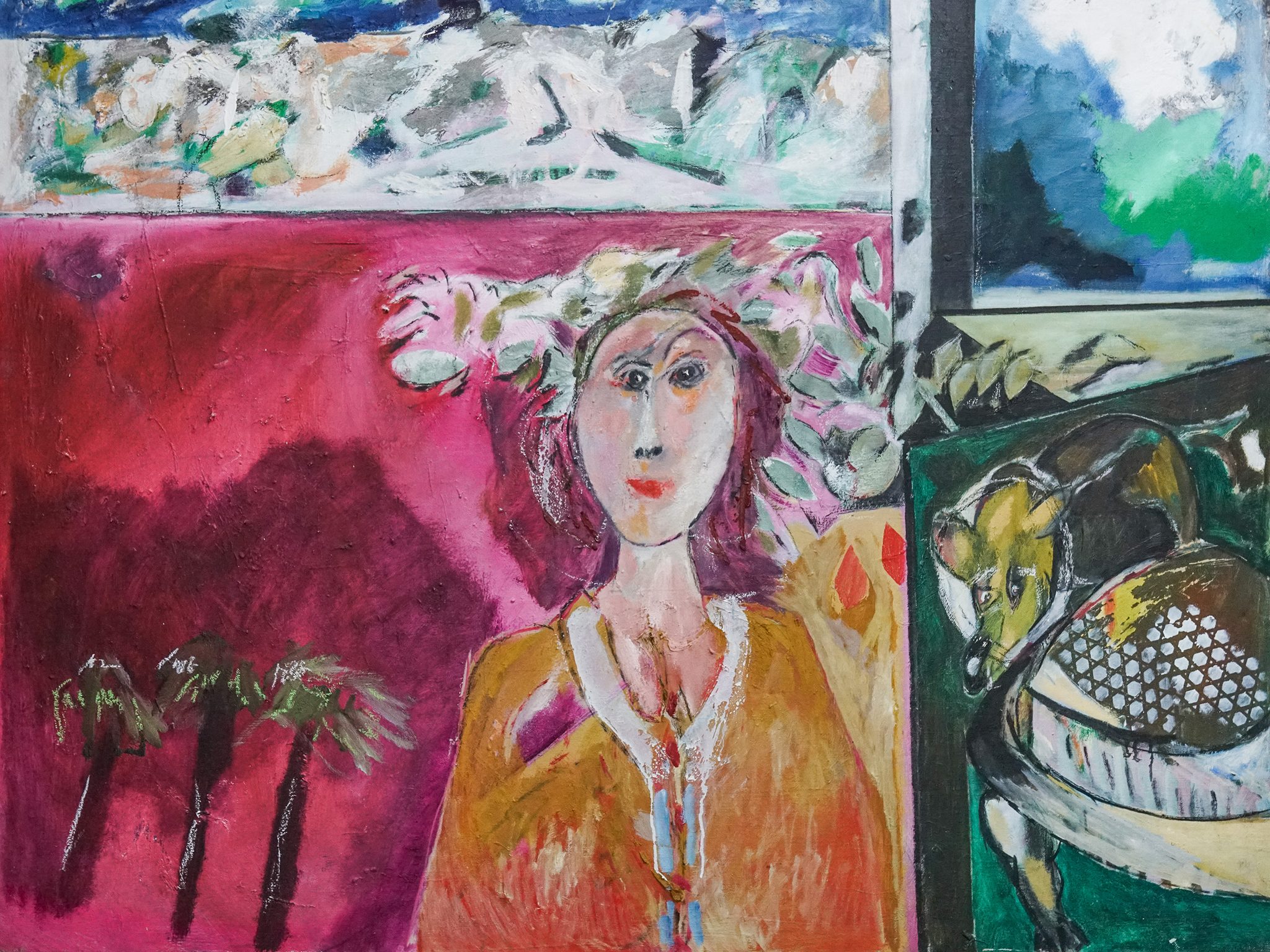 Intense, incredibly expressive and often employing colours from the darker side of the spectrum, du Ploy’s artworks are unlikely to make for pretty home decorations. You could even describe his pieces as patently ugly. But the aesthetic value is hardly the point. These paintings are interesting and complex, particularly at conveying emotion in their eyes. The pieces reveal a side of people living with mental issues that’s just not often seen. “The eyes are the soul of the body,” says du Ploy. “They tell the whole story. The biggest problem the people in my paintings face is how they perceive certain threats. So the hard part for me is painting in such a way that it tells viewers what these fears are without explicitly showing them.”

Accompanying each painting is a brief story. The tales focus on the patients and there are amusing ones and others that are pretty dark. Each one is fascinating, like the saga of the woman who woke up one day and believed her husband was an imposter. Or the soldier who became so afraid of fighting when he was in the army that he developed extreme sclerosis in his neck. Or the failing car salesman who believed he was an English lord. Or even the man who constantly blushed following an incident with someone he had a crush on. Laugh if you want but these are mental conditions which truly affect the lives of those suffering from them. And du Ploy allows the viewer to make their own judgements on both the stories and the works.

What ties all the pieces together is how du Ploy depicts mental illness not as something that a person is born with but more as that person’s extreme reaction to dealing with a trauma. “I work with people on how to change their perception of what they really want,” he says. “Human behaviour is about anticipating a need and creating a need when things go wrong. The fear of losing something correlates to the perception of what your need is and your reaction to it.” When visitors view the artworks together with the stories, many people actually recognise themselves in the portraits, leading some to realise the similarities inherent in us all. The exhibition invites the audience to reevaluate how they deal with difficult issues and remove any barriers of fear or prejudice when we face the concept of mental illness. At the same time, though, the works also bring hope to viewers. Many of the patients du Ploy painted eventually got better. He’s showing us that mental illness is not incurable. People can battle it.

While the works in The Glass Facade help tell the story about mental health patients, there’s also a manifestation of du Ploy’s own art therapy and creative outlets in the exhibition. “How is art not in anyone’s life?” he asks. “I paint because I love what I do. I paint to express my inner thoughts and to express myself.” Aside from these paintings,  ZZHK is also showing series of simple portrait sketches on paper and landscapes paintings that du Ploy has done over the years. “I do these landscape paintings to get away from working with faces. It’s like a relationship,” he jokes. “You do need to take a vacation sometimes...”