When it comes to cocktail bars, Hong Kong is remarkably adept at staying on trend by importing overseas ideas and turning them into newly launched concepts over here. It’s the same for the cocktails themselves – almost every concoction which is available in some corner of the globe can be found in a watering hole here. Many bar owners in the city are also good at revamping their menus at key times to reflect international innovations. However, homegrown cocktail bars and flavours have been sadly lacking in Hong Kong, despite it being home to a myriad of complex ingredients.

In walks Little Lab in mid-March, though, and the scene is forever changed. This understated homegrown gem on Staunton Street, Central, at its Aberdeen Street crossroads (where Cipe wine bar used to be), offers way-out-of-the-box signature cocktails that are inspired by local ingredients, flavours and dishes. A ‘little lab’ concept indeed.
So we can’t wait for a little taste of our own city – and when we visit, it’s a hump day kind of evening, with a crowd of tastefully dressed young professionals looking for a comfortable atmosphere that’s far from the grip of gyrating beats in Central. The vibe is chill, with the music down to a near silent that allows customers to come, converse and relax over good drinks.

We head straight for the sleek marble bar, which is set against a modern urban décor – white tiles, clean lines, minimalistic tones (not that dissimilar to Cipe, to be honest) – and take our chances with The Newborn ($110), a clean gingery rum and beer-based drink mixed with a homemade ginger vinaigrette. Now, this vinaigrette has been inspired, we’re told, by the traditional pork knuckle and sweet ginger stews that are often consumed by new mothers in Hong Kong. Hence the name. Don’t be afraid, though. There’s no pork in the cocktail – but there is a tasty four-day marinated quail’s egg that takes the place of the olive. And it’s all just delightful. A smooth drink which retains its ginger essence to the full, refreshes the palate and is also enhanced further by the creamy egg.

Next up, we try the HK Tea Time ($110) – a milk tea-inspired concoction that elevates our city’s most classic of beverages with an elegant blend of Scotch whisky, pale ale, cacao beans, evaporated milk and a secret ‘dai pai dong tea’ syrup. The result is a well-balanced, sweet and silky smooth tongue teaser that makes you wonder, off the back of favourites like the White Russian, why no-one has ever thought of putting alcohol into milk tea before. Perhaps the fear of a dangerous addiction?

Equally appealing is a take on a children’s favourite: a combo of cream soda and cream called the Siphon Ramos ($110). The egg white, cream and cream soda build a refreshingly fizzy and velvety base that marries the bright touch of gin, resulting in what could be a classic for grownups.

Each of the three cocktails we sample highlights our city’s unique cultural palate in a different way – yet is still executed with the same thoughtfulness and precision of bartending standards worldwide.

For those who grew up in Hong Kong, these cocktails immediately conjure up feelings of intimacy and nostalgia. For those who didn’t, you’re in for refreshing surprise because these concoctions are gonna be as wonderful as they are weird to you. It’s a homegrown concept and, aside from the nostalgia and innovative ingredients, the success we’re expecting here should really just come down to one fact: outstanding drinks, wherever you’re from. Charlie Tamoto 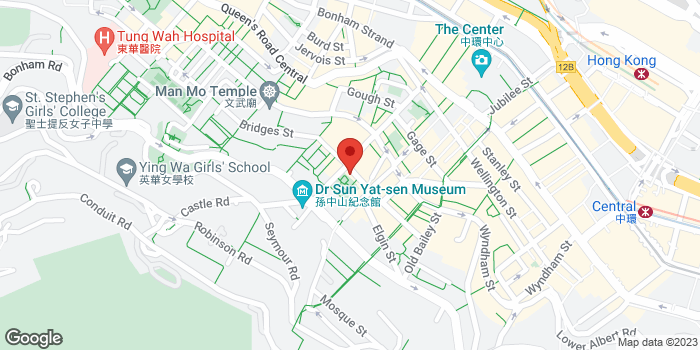