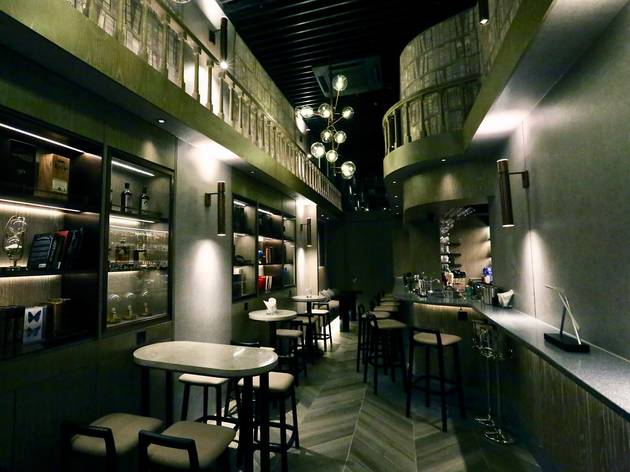 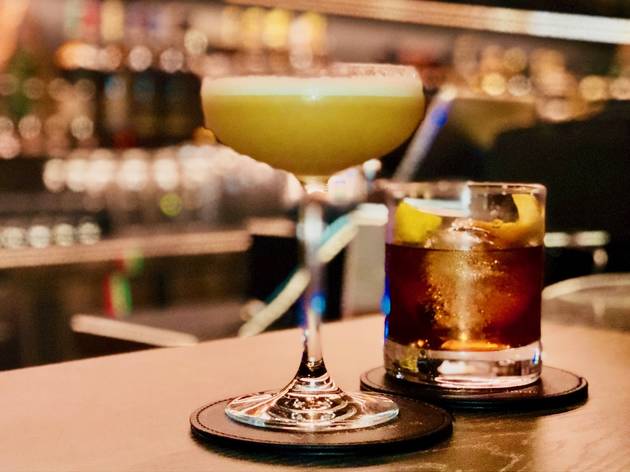 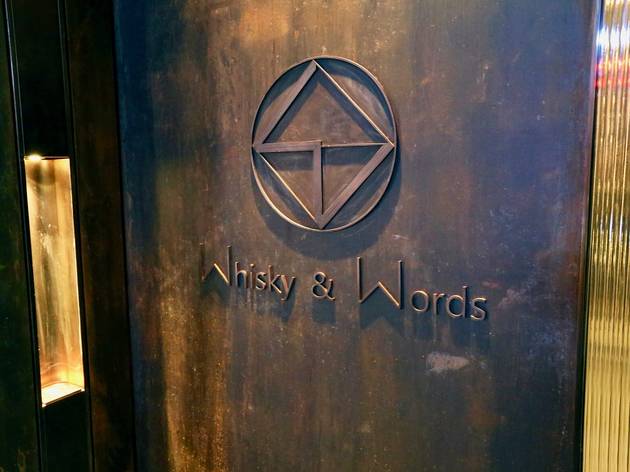 From Mizunara to Butler to Angel’s Share, cocktail and whisky bars are dime a dozen in Hong Kong. From the best to the worst, there’s often a set template: dark wood interiors, a jazz soundtrack (if any music is tolerated at all) and, in the worst instances, an excessive solemnity that’s meant to act as a substitute for genuine sophistication. It’s a relief that Whisky & Words dispenses with these clichés.

Sitting opposite Coa on the steps of Shing Hing Street, the entrance – a simple wooden door – is understated and easy to miss. A narrow bar with a pleasantly high ceiling, the interior is decked out in muted greys and faux wood decals. Pleasant lo-fi hip-hop – the employee in charge of the playlist once worked at Drop – punctuates the atmosphere, engendering a laid-back vibe absent from many bars of this sort. Another striking feature is – gasp! – a decent happy hour. If there’s anywhere else in Hong Kong we can get an Ardbeg 10 year for $60, we haven’t found it yet.

Another item on the happy hour list is the Coffee Old Fashioned ($150; $88 during happy hour), which is what we start with. The menu’s description makes no mention of how the coffee flavour enters into the cocktail – it merely mentions Mitchers’s Straight Rye, orange bitters, Angostura bitters, orange peel and cherries – and the bartender is no more forthcoming, but whatever the process, it works. Unlike many coffee cocktails in town, this one is expertly balanced, the main ingredients working perfectly in tandem with none of the sickly aftertaste of so many poor espresso martinis we’ve suffered. It doesn’t look like much and the description is off – there are no cherries and the peel used is lemon rather than orange – but with a taste this good, we’re not complaining.

Changing flavour profiles, we move on to a Tangy and Smoky ($150). Combining Talisker 10 year, lemon juice, sugar syrup, tamarind syrup, orange juice, egg white, rosemary, lemon peel and zest, the end result is true to its name. The whisky of choice provides a suitable smokiness while the citrus fruits, which wrestle for superiority, bring an engaging zip. Interestingly, the foam turns out to be made by egg white powder rather than the real deal. It makes for a wonderfully rich foam, though as it settles to the bottom of our glass the longer we drink, the powder leaves a noticeable residue in our mouth.

Although the whisky menu features many tempting tipples – the options range from Taiwan’s Nantou Distillery to a Macallan 15 year old Gran Reserva that costs $970 a go – we stick with the house cocktails. The Dr Dre ($140) – Hendricks gin, green apple, homemade rose orgeat syrup and lime juice – impresses again. The apple sits as an elaborate garnish, the drink tasting pleasantly tart. There’s a nice whiff of rose, without it being overpowering, which nicely blunts the botanical nature of the Hendricks.

Whisky & Words is a blast of fresh air in Hong Kong’s often overly serious cocktail scene. The drinks are original and well made and they’re served without pretension. While not as deliberately down at heel as The Pontiac, this is still an ideal place to visit with friends looking for a quality drink and a relaxed atmosphere. You’ve our word on that.