With Chief Executive CY Leung announcing that he won’t seek re-election in 2017, a new chapter in Hong Kong history is set to unfold. Olivia Lai looks back at CY’s achievements, or lack thereof, and ponders what the future holds for our city

On December 9, Hong Kong Chief Executive Leung Chun-ying made the surprising announcement that he will not seek re-election in 2017, citing family reasons. His decision to bow out has created a political vacuum for others to step into in a bid to seize the top political job in Hong Kong. It’s also created a conundrum for many politicians and legislators lower down the totem pole, especially the Pan-Democrats, some of whom were elected to LegCo on a platform of opposition to Leung and his policies.

July 1 will marks the end of Leung’s five-year term as Chief Executive. His time in office has been plagued by family drama making its way into the news, general unpopularity with the public and, of course, the unprecedented curveball that was the Occupy Movement in 2014. Leung’s – or Beijing’s – poor handling of that last matter deepened the divides in Hong Kong society. Given his unpopularity – Leung was rated least popular of six potential candidates in the Chief Executive election in a poll by by the University of Hong Kong’s Public Opinion Programme in November – it’s no safe bet that CY would have won re-election. However, in fairness, Leung inherited several tricky issues from his predecessor, Donald Tsang, when he assumed office in 2012, including a slumping housing market, a raging debate about a ‘national education’ curriculum in local schools and ongoing demands for the establishment of universal suffrage.

Fast-forward four years and it’s difficult to ignore Leung’s hand in helping boost the housing supply. The latest progress report of his administration’s work published in July estimated the total number of public housing flats generated during his term at about 97,100. Leung deserves credit for his role in preventing pregnant women from the Mainland coming to Hong Kong to give birth – a practice that was hugely unpopular with locals given it threatened to spike the number of mainland Chinese with the right of abode. Another policy juggernaut, the parallel trading of baby milk powder across the Mainland border, was a hotly debated issue during his time as city leader. Eventually, Leung pushed for restrictions as a response to safeguard the supply of baby formula for Hong Kong mothers. It’s not often Leung receives credit for diffusing what were highly emotive issues. However, Leung’s legacy will surely be dominated by his response, or lack of, to the Occupy Movement that has sparked a more vociferous localist movement and fanned anti-China sentiments. His insensitive relationship with the Pan-Democrats in the Legislative Council and close connection with Beijing has only added to his unpopularity as he ponders his next step.

What's next for the new Chief Executive?

With deep ruptures in Hong Kong society, there are critical topics that the next Chief Executive is going to have to start tackling in 2017. Top of the list is the debate surrounding Basic Law Article 23, which states that the SAR should pass security laws that prohibit acts of treason against the Chinese government. To its critics, Article 23 is just another way for Beijing to tighten its control over Hong Kong. To others, most notably Regina Ip, it is vital to achieving democracy in Hong Kong. Similarly, the topic of universal suffrage has dominated the political agenda since the Occupy Movement, as has the failure to achieve any sort of electoral reform. The ongoing clashes between the pro-establishment majority and pro-independence localists in LegCo could get ugly, much like possible deteriorating relationships between Hong Kong and Beijing. The disqualification of two pro-independence lawmakers from LegCo after their deliberately botched oaths highlight the tensions surrounding the notion of ‘One Country, Two Systems’. Tense and diverging, the voices vying for the position of Chief Executive are to be contentious and worth observing.

Who are the likely contenders for Hong Kong's top jobs? 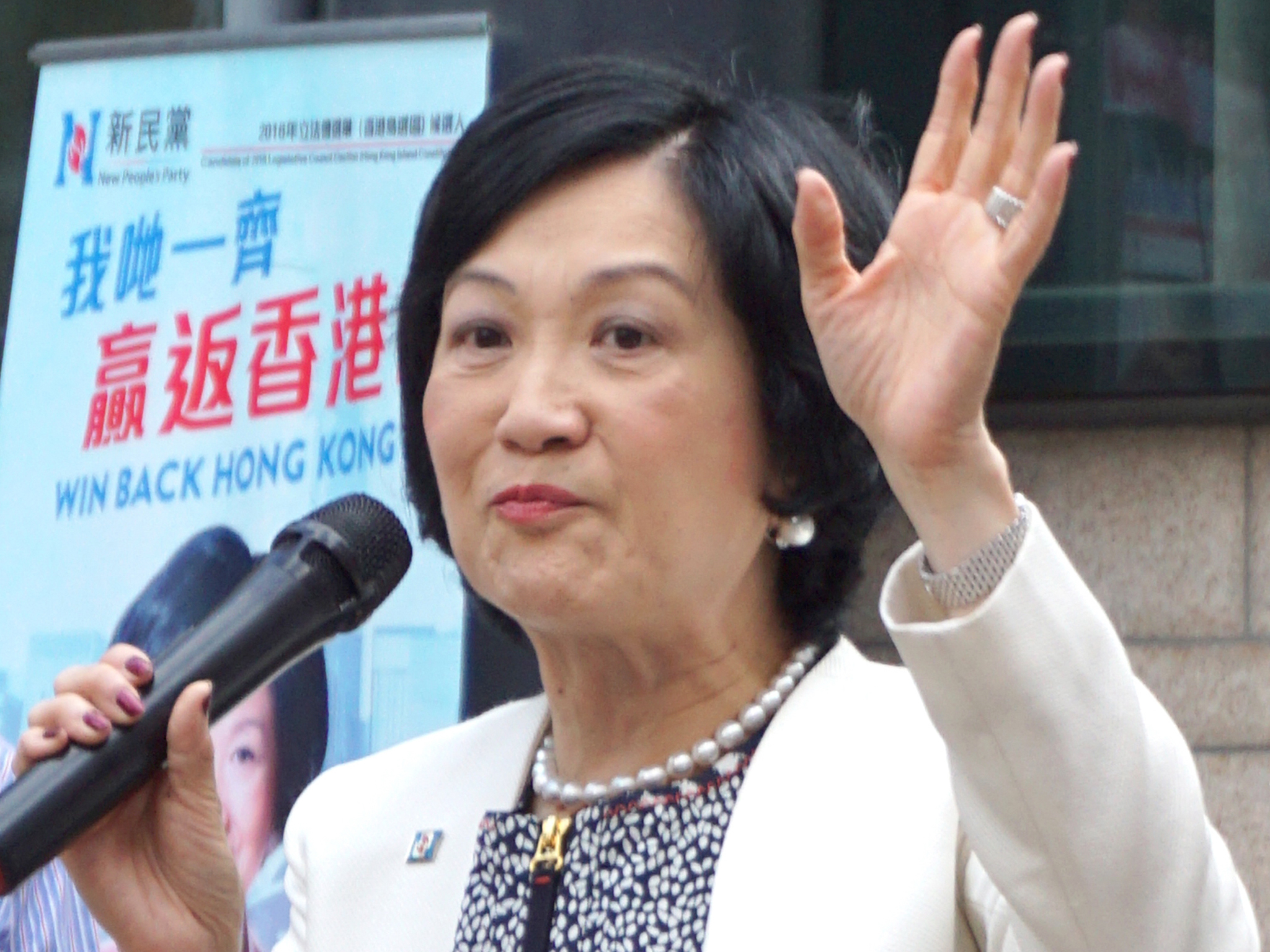 Regina Ip
A member of the Legislative Council since 2008 and the co-founder of middle class-oriented party New People’s Party, Ip is one of the most prominent government officials in Hong Kong. Her past roles include secretary for security and director of immigration. 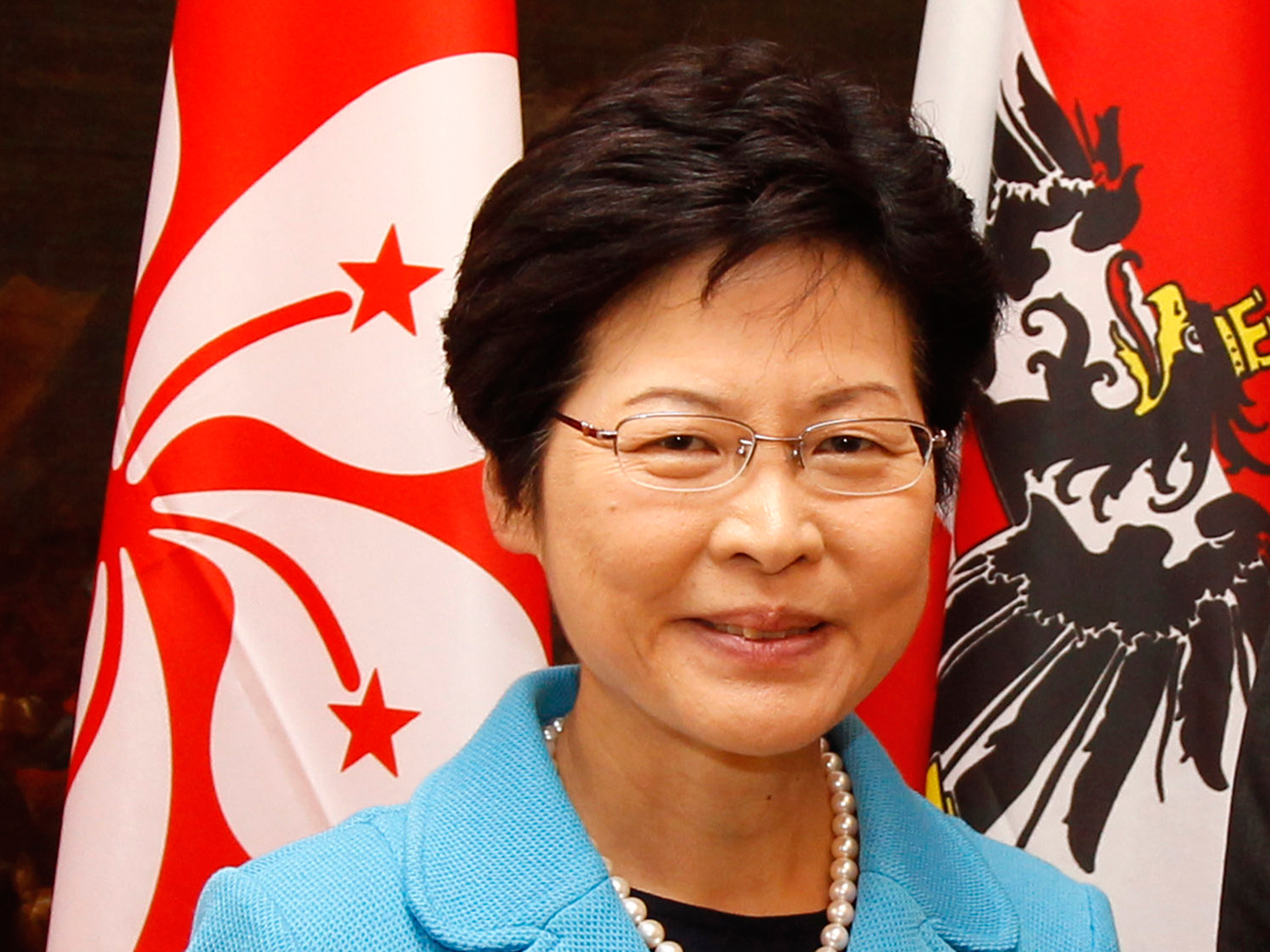 Carrie Lam
The incumbent chief secretary for administration. Previously, Lam had stated she would not run against her boss, Leung. With CY stepping down, the path is clear. Popular with both the public and the central government, Lam would be a strong contender. 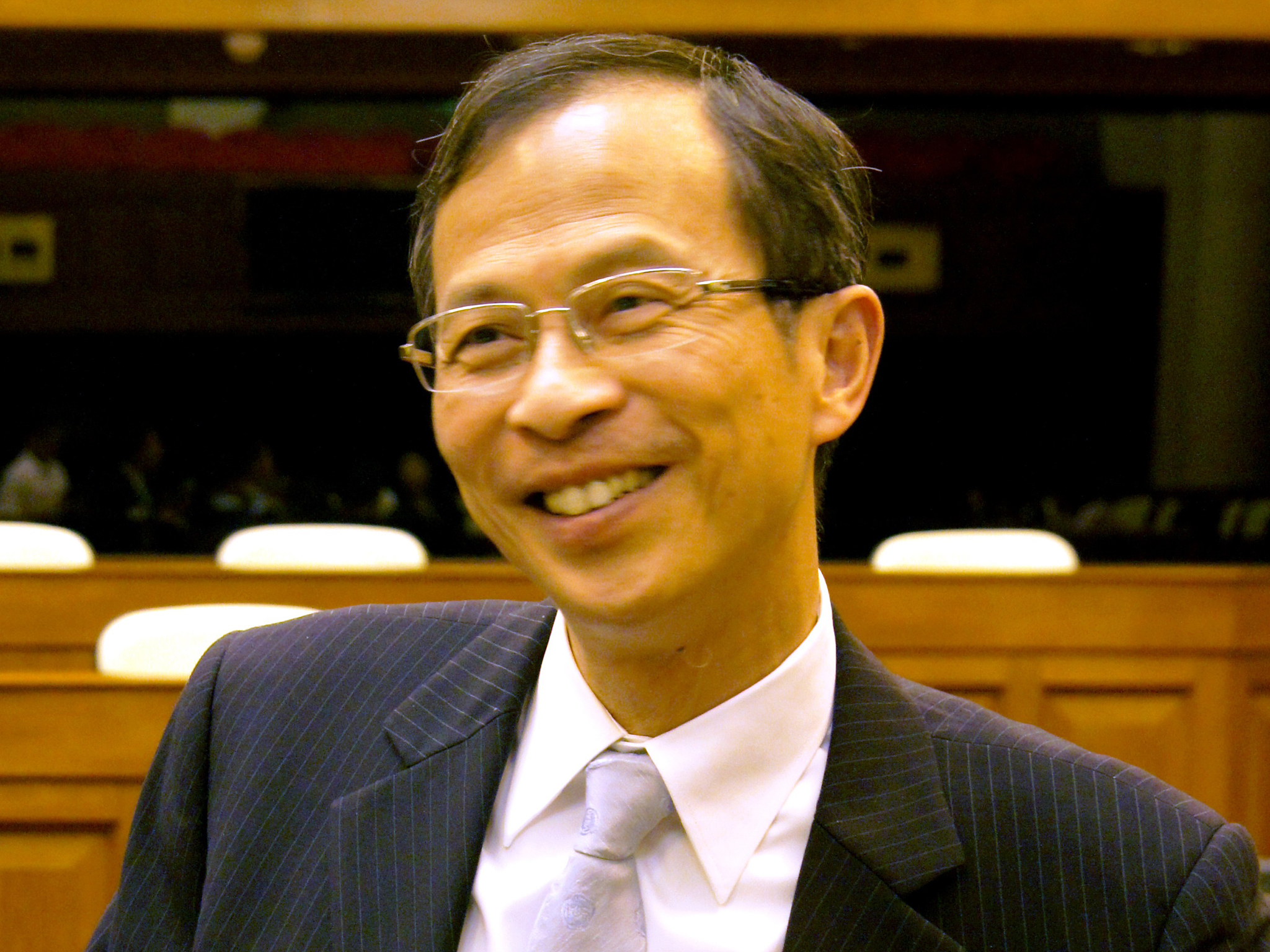 Jasper Tsang
The former president of the Legislative Council and founder of pro-Beijing party the Democratic Alliance for the Betterment of Hong Kong (DAB) has expressed interest in entering the election but has yet to make an official statement or declare support for anyone else. 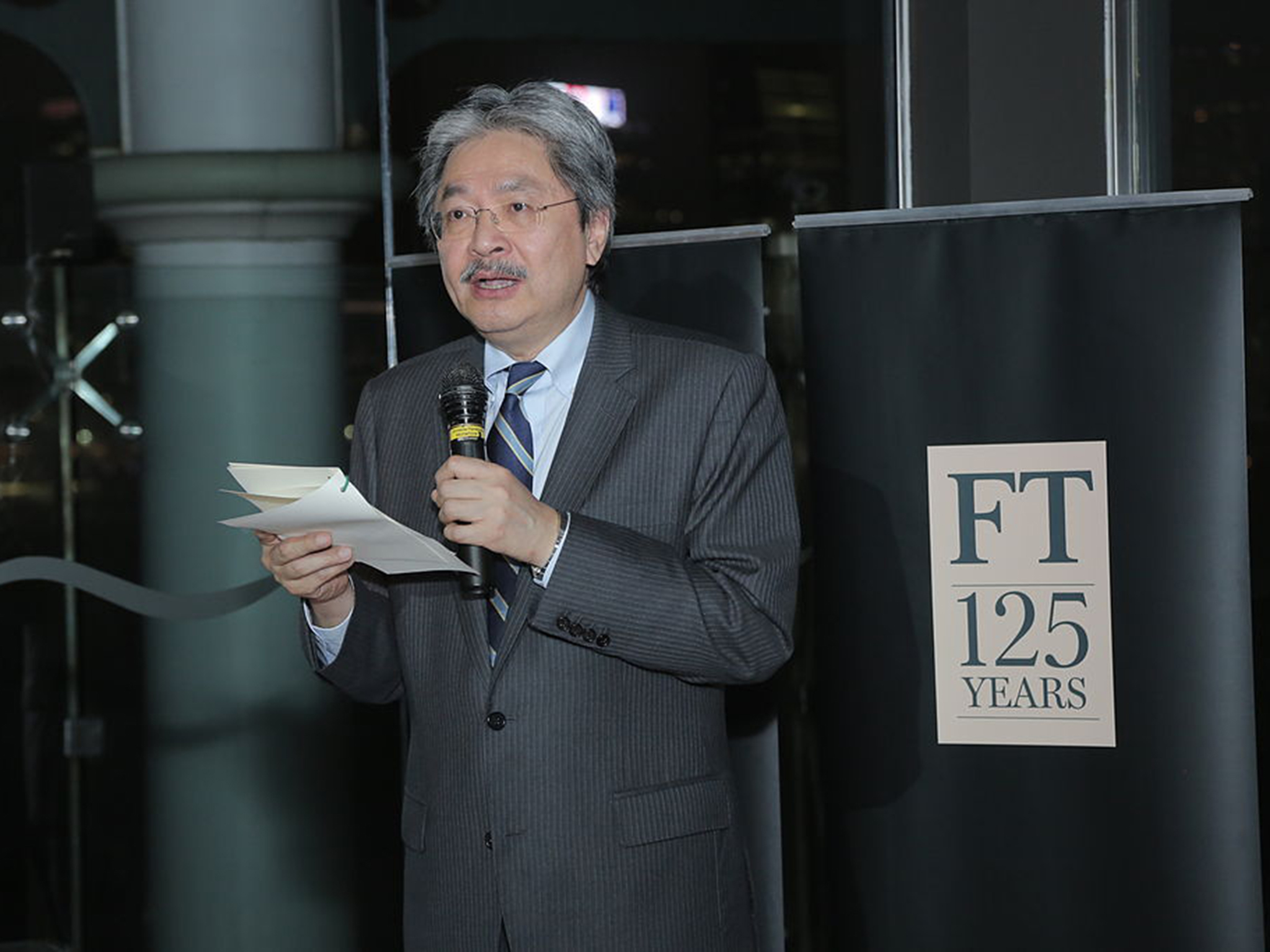 John Tsang
The former financial chief, Tsang resigned in early December amid much speculation that he would shortly be announcing his bid for Chief Executive. His candidacy is still up in air as the Beijing has yet to officially approve his resignation, but Tsang is likely the frontrunner. 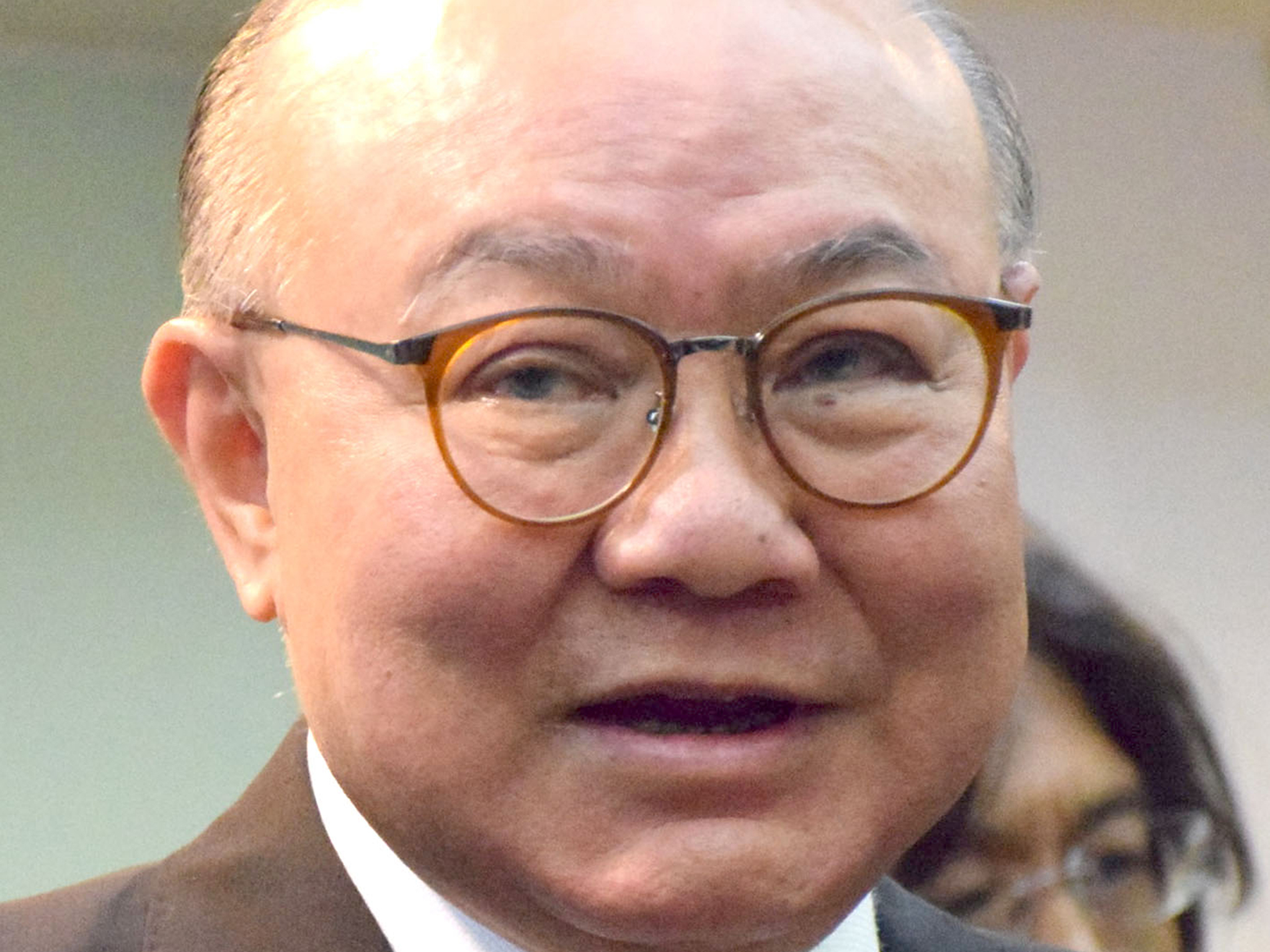 Woo Kwok-hing
A retired high court judge and the former vice-president of the Court of Appeal, Woo was the first to candidate to announce his bid for the Chief Executive role. Outspoken and critical of Beijing, experts say he has faint hope of winning the election.