Is Hong Kong suffering from a plague of ‘super rats’?

The rate of rat infestation in Hong Kong has doubled in the past five years and the government is stepping up its control measures after a surge of complaints. But, as some have mooted, are we really suffering from a plague of ‘super rats’? Anna Cummins finds out

"We were once called out to a commercial complex in Tsim Sha Tsui,” recalls Stuart Morton. “There was a huge rat in this restaurant that they couldn’t catch. They didn’t even want to go inside in case it fell on their heads. So, of course, I went in, all bravado...” Morton, technology and entomology manager at local pest control company Biocycle, with two decades’ worth of experience as an urban pest expert in Hong Kong, pauses and shakes his head. He is half grinning, half grimacing. “It was like a scene from Alien – that part where the tail disappears,” he laughs. “This rat the size of a large cat shot across the floor and up the piping which goes up to the ceiling. We all had to run and take cover!”

Rats have a reputation. They’re dirty, they’re scary, they’re wily. And, while these rodents are part and parcel of living in pretty much any city, their presence is understandably not something most people choose to dwell on. It’s hardly an alluring facet of the modern bohemian-artisanal-urban lifestyle promised in luxury property ads, after all – and they do terribly on Instagram. But the fact that rats are nocturnal and are pretty well adapted to slinking around doesn’t mean they’re not there.

“Of course there are rats! It’s the market. It wouldn’t be the market without them,” shrugs Martin Lau, who works on a butcher’s stall in the Bowrington Road wet market in Causeway Bay. He’s frank about what we all probably know – but maybe don’t face up to. “They seldom go on the food,” he says nonchalantly. “Sometimes, when I see them in the morning, I stand on them and kill them. I see one or two most days. I step on them. I am not scared of them!”

The Food and Environmental Health Department (FEHD) conducts regular Rodent Infestation Rate surveys across the city. These surveys involve laying bait over an area and then working out the percentage that has been bitten by rats. Anything over 10 percent is considered a problem. But the average infestation rate has significantly dropped since the first survey in 2000, when the average was 16 percent. By 2010, the rate was down to just 1.5 percent. However, the trend has since reversed. Infestation rose to 2.4 percent in 2012 and, by last year, it was up to three percent – double the rate of five years ago. 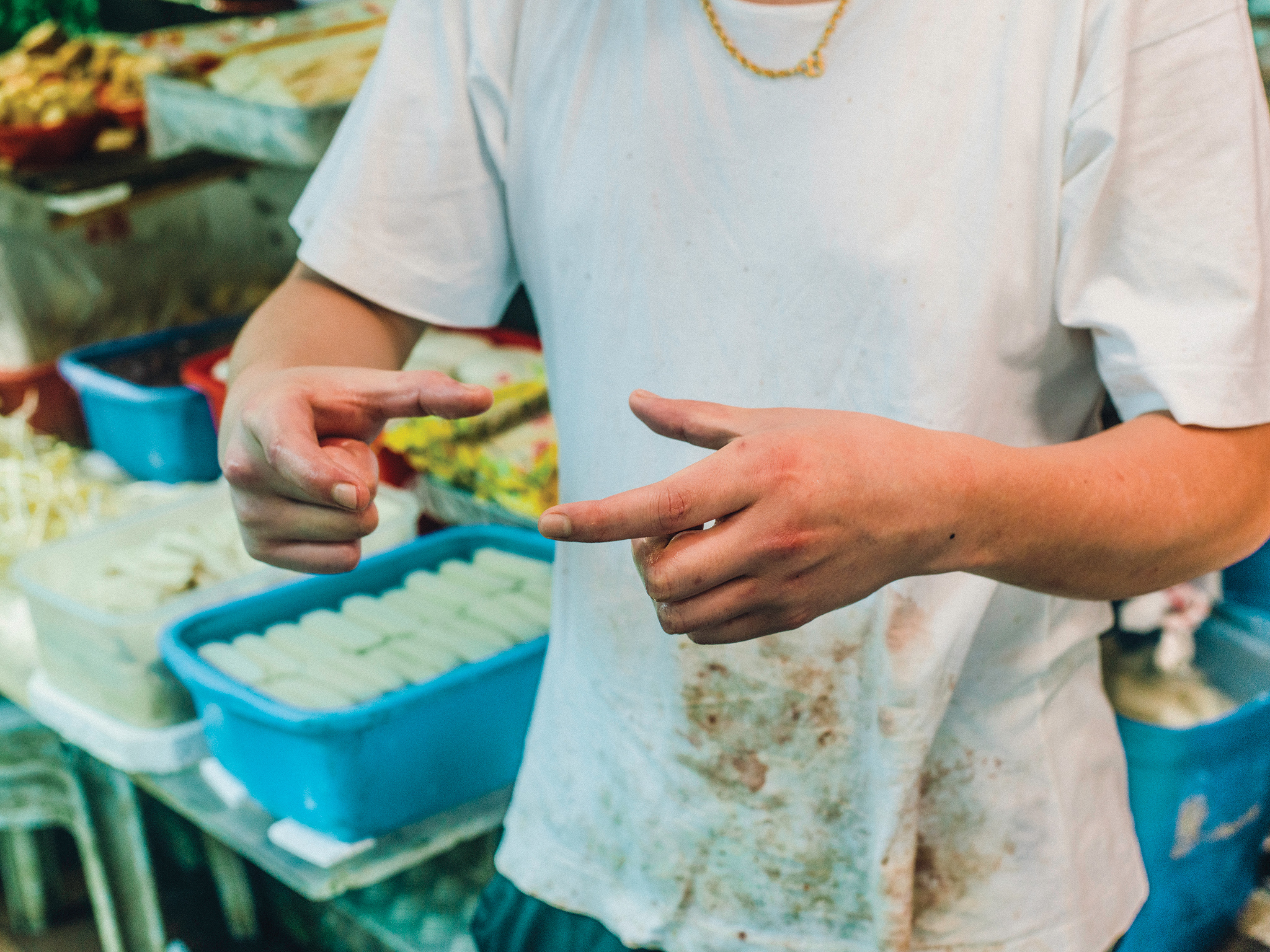 There has been a corresponding boom in the number of complaints about rodents made to the Housing Department and the Hong Kong Housing Society from tenants of public estates. There were 98 complaints in 2013, 124 complaints in 2014 and 240 complaints last year. The Secretary for Transport and Housing, professor Anthony Cheung Bing-leung, insisted to LegCo just last month that ‘concrete follow-up actions’ including inspections and laying bait were being taken, and that ‘all cases are under control’. No specific reason for the increase was offered by Cheung aside from a reminder that ‘rodent problems can also be caused by the poor environmental hygiene conditions of areas in the vicinity of the estates.’

Morton, however, is sympathetic. “The government has honestly done a good job of rodent management,” he says. “In the past there were a lot of issues in buildings with sewer rats, but a lot of that has been cleaned up.” A spokesman from the FEHD says: “Given the high adaptability and reproductive rate of rodents, infestation in individual districts often varies with changes in environmental hygiene conditions and the level of public participation in rodent prevention and control work.”

There are two types of rat in Hong Kong – the larger, brown Norway or sewer rat (Rattus norvegicus) and the smaller, black roof rat (Rattus rattus), which is more common in rural environments. However, as developments push into the living environment of roof rats, they are adapting. “These days you see a lot more roof rats,” says Morton. “It’s a trend I have noticed in the past four years or so. Nowadays, about seven in 10 calls we get for rats tend to be for roof rats. They are more challenging to deal with as they can climb and jump, avoiding traps and so on.”

As well as causing damage to wiring and property, rats are hazardous to humans as they can carry diseases. Dr Stephen Ng is a chronic disease epidemiologist who participated in the initial investigation of the SARS outbreak at the Amoy Gardens estate in 2003. The government never officially accounted for how such a large number of residents were infected by a respiratory disease in such a short time. Drains, cockroaches and rats have all been mooted. After the outbreak in 2003, Ng published a paper in The Lancet medical journal claiming it was most likely that roof rats, infected by the initial patient, went on to spread SARS to more than 150 households. “Rats can contaminate household items such as towels and toothbrushes, or by crawling on top of fruit,” Ng tells us. “Rats flourish in human habitats. Where there is man, there is rat. They also have a spectacular reproductive rate. No society has succeeded in eradicating rats.”

So what, then, of the ‘super rat’? It’s a terrifying term, one that is thrown up in dramatic headlines across the world from time to time. In October last year, a report by Oriental Daily claimed that rats the size of cats were running around a taxi stand at Hong Kong International Airport. An Airport Authority spokesman tells us that the rats had been disturbed by nearby building work on the Macau Zhuhai Bridge and were being encouraged by litter dropped by taxi drivers. They say that since measures were tightened in December, ‘there has been no obvious rodent activity’ at the stand. 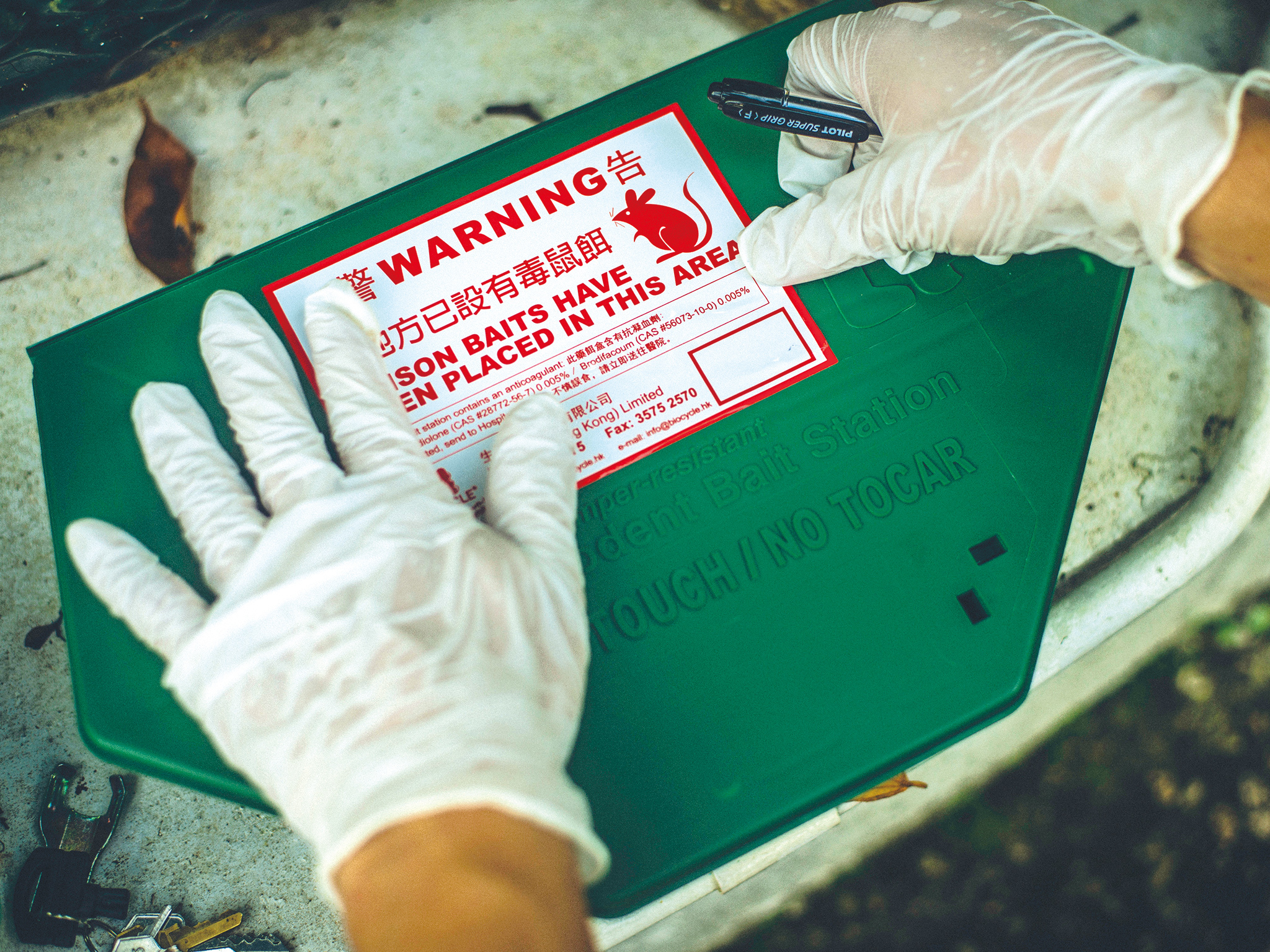 While rumours of mutant giant rats are scientifically unproven – frequently perpetuated by manipulated images going viral – a normal sewer rat can easily grow to more than 50cm in total length and will grow fat if lots of food is available. It’s easy to see why the notion has gained traction. But the term ‘super rat’ refers more accurately to those rodents that have grown resistant to second generation anticoagulants (poison), something that has been noted in literature for several decades. “Rats breed like rabbits. Well, like rats,” elucidates Morton, “so they can pass resistance along quickly. However, we have certainly never come across this issue in Hong Kong.”

Much research has been done globally on poison resistance, which has evolved sporadically in rats around the world. The generally accepted approach is not one of overwhelming concern but to simply ensure that poisons are used in conjunction with traps and – just as importantly – with the removal of food sources.

And, in true Hong Kong fashion, it’s possible our rats are developing a discerning palate. “A couple of years ago we were called to a restaurant in Soho,” recalls Morton. “This rat was not interested in eating anything apart from mango. There was plenty of other food but it kept chewing through a plastic box just to get to the mango. We put down lots of bait and traps, but it kept avoiding them. One day they opened the restaurant in the morning and it was just there, asleep in the middle of the floor. They just put a bucket over it.” Intelligent, giant super rats? Perhaps we’ve nothing to fear, then. Yet...

For more information about the FEHD’s rodent policy, visit fehd.gov.hk.