Why Hong Kongers are having fewer children

It costs around $5million to raise a child in HK – no wonder we’re having fewer children than ever. Anna Cummins investigates if our city is growing old ungracefully. Additional reporting by Iris Yeung

"One is perfect for a solo. With two, you can play doubles. The more the merrier. How about a quartet? You could even form a basketball team!” These are the opening words of a new TV advert from the Family Planning Association of Hong Kong (FPAHK), which has drawn attention over the last month for the its light-hearted message towards family planning. “How many children should you have?” the advert’s voiceover concludes. “The choice is yours. Be sure to plan ahead and plan it well.” 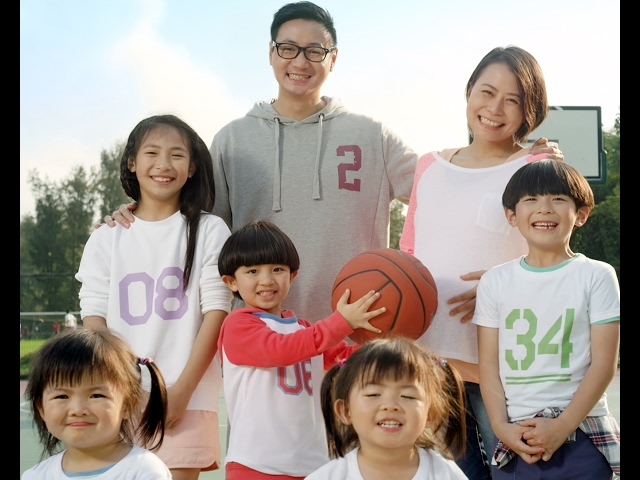 Spawning a basketball team’s worth of children is, understandably, the stuff of nightmares for most current or prospective parents living in a Hong Kong apartment. But Dr Susan Fan JP, executive director of the FPAHK, explains that there’s a deeper meaning. “Surveys show that the gap between ideal parity [the number of children you want] and actual parity [the number you have] has gone up, and that made us think that it was time to do something. The message is about planning.”

Back in the 1970s, Hong Kong women had around three children each on average. In the 1980s that had fallen to around two children and by the early 1990s it had fallen below that. It has now sunk to 1.18.Hong Kong’s population is aging and it’s a big problem. We have the second fastest aging population in Asia, after Japan: one in eight of us is currently over 65, and by 2031 this is projected to be one in four. In 1981, 22.5 percent of the working population was aged over 50. By 2011 this had risen to 30.1 percent. What this means, of course, is that there are more retirees needing economic assistance and not enough young people to support them. There are already a staggering 30,000 elderly people signed on to the waiting lists for government subsidised care homes.“The aging of the population has far-reaching effects on the work force and elderly care, but these problems are mounting rather gradually,” says Professor Ting Kwok-fai, founder of the Centre for Chinese Family Studies at CUHK. “The impacts are nevertheless extensive and difficult to deal with. [However], the media and the government usually pay attention to issues that have immediate impact on society, such as high housing prices or the recent pollution of water by lead.”

Back in the 1970s, the FPAHK carried the official message that two children was enough. Nowadays, ‘there’s no longer an ‘advised’ number of children to have,’ Fan explains. “Previously [in the 70s] we advised two children as you need two children per couple to replace the population, as it were.”

So, why are birth rates declining so steadily? Of course, getting married and having children have been ingrained social norms for generations. With these traditional values holding less control over people’s decisions nowadays, it’s perhaps a natural outcome that we’re having fewer children. But there are plenty of other factors outside of people’s control. The cost of raising a child here is high – a recent estimate by Bauhinia Foundation Research Centre placed the figure at $5million per child – finding quality education is extremely competitive and parents’ working patterns are extremely time consuming. These key factors combine to make the decision to have a child in Hong Kong one hell of a life changing one.

Fan points out that the steady decrease in the number of children being born is also correlated with women waiting longer to have children, on average, than ever before. “The medical definition of an elderly pregnant woman is 35,” she explains. “That is a sort of threshold, when her ability to conceive goes down and risks go up. On average, a woman having her first child is now over 30 in Hong Kong and we are seeing more women over 35 wanting a child. We wouldn’t say you cannot be treated or denied the chance of having a child [at that age], but your choice might be restricted [if you have fertility problems].”

The difficulty of having to have fewer children in Hong Kong than you might otherwise desire is something that Evelyn Kwok (name changed upon request) understands well. She lives in Quarry Bay with her husband, her four-year-old son and a domestic helper, and works from 9am until 7pm. The decision to have one child has already had big financial implications. “We had to move to a bigger apartment to accommodate our new member and a helper, when our son was born,” says Kwok. She reveals, “Our rent doubled!” and admits that ‘if I was living in Sydney, I might have two [children]. But in Hong Kong, one is more than enough. I cannot imagine coming home after work and still needing to review 20 pieces of homework for two kids.’

Many experts, including Ting, are frustrated by the government’s apparent lack of concern regarding the issue. “The government does recognise many social issues derived from the changing population structure, but seems determined not to deal with it,” he sighs. “For example, the government knew that elderly care would become a huge problem, but so far no real action has been taken. I would prefer the government to focus on a few issues at hand, not the general problem, and to do something no matter how hard it is in terms of land, money and legislation.”

Kwok agrees there are too many dissuading factors at play for her and her husband to contemplate having more children. “The workload from school is way too heavy,” she says. “If you want fewer exams and less homework you can choose to go into the international stream or IB stream. But that’s going to cost you! You need to buy debentures, fixed term notes or pay for building funds – you name it. Money can buy happy schooling but if you can’t afford it, you don’t have many options. The education system is ridiculous here. I can only afford to have one child in terms of [both] time and money – I can only focus on one!”

“Finance, economy, living space and care are some of the main factors [in deciding whether to have children] and that is the point of planning early,” points out Fan. “But at the same time, having a child goes beyond just calculating a material cost. Even if a couple aren’t the richest in HK, there is a lot of room in our society for having a family. There are lots of subsidised activities – the Leisure and Culture Services Department, as well as some education and healthcare. Is it true that you [really] cannot afford another
child? It depends on priorities such as whether you need an international education, music lessons or going abroad for holidays. We just want people to know that planning is critical.”

Of course, there’s one huge variable in this debate, and that’s immigration. It’s particularly pertinent in Hong Kong due to
the One Way Permit Scheme, which allows Chinese families to re-join relatives in the SAR. Despite the fact that the scheme forms a good percentage of immigrants to HK (from 1997 to 2001, after the handover, Mainland arrivals under the OWPS were equivalent to 93 percent of the population growth in Hong Kong, and the majority of these were aged 20 to 49), the actual labour force in the city is still predicted to shrink in size by 2031.

“Population aging has many implications,” declares Ting. “More births aren’t a solution to all problems. The ultimate question is: what quality of life do we want to have for our people?” Perhaps that is the most pertinent question of all.